Tottenham have announced that Alex Morgan will return to the United States in the New Year, just three months after signing for the Women’s Super League side.

Morgan joined Tottenham from Orlando Pride in September this year in a bid to regain fitness after the birth of her daughter, Charlie, in May.

But a lack of match fitness and a small injury setback delayed her return to the pitch and she has only featured five times in English football, scoring twice in the Women’s Super League. 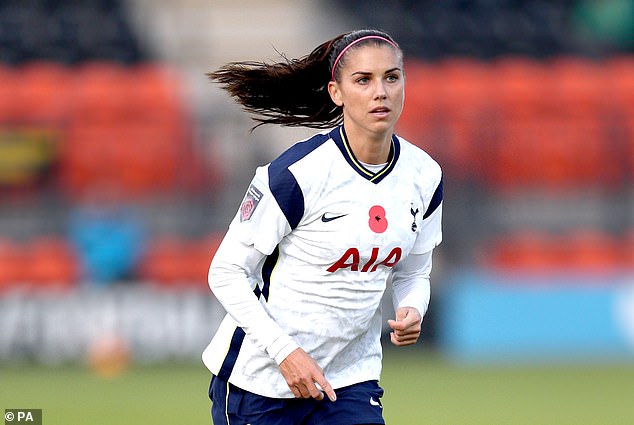 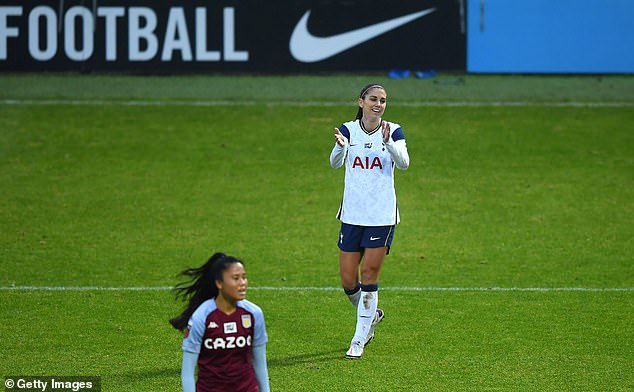 And on Monday afternoon, Spurs announced she will be heading home to the US following the conclusion of the first half of the Women’s Super League.

Morgan is expected to re-join Orlando after they retained her rights to play in the National Women’s Soccer League.

Speaking on her brief stint in north London, Morgan said: ‘I will be forever grateful to the club, my team-mates and Spurs supporters for taking such good care of me and my family.

‘From the moment I arrived in London, I realised I was part of a first-class organisation, one that helped provide me the opportunity to immerse myself back into the game I love.

‘Thank you to everyone who helped make this chapter in my soccer journey so special… COYS.’

Morgan’s final game for Spurs should have been last weekend’s London derby against Chelsea but it was postponed after a Covid-19 outbreak at the Blues. 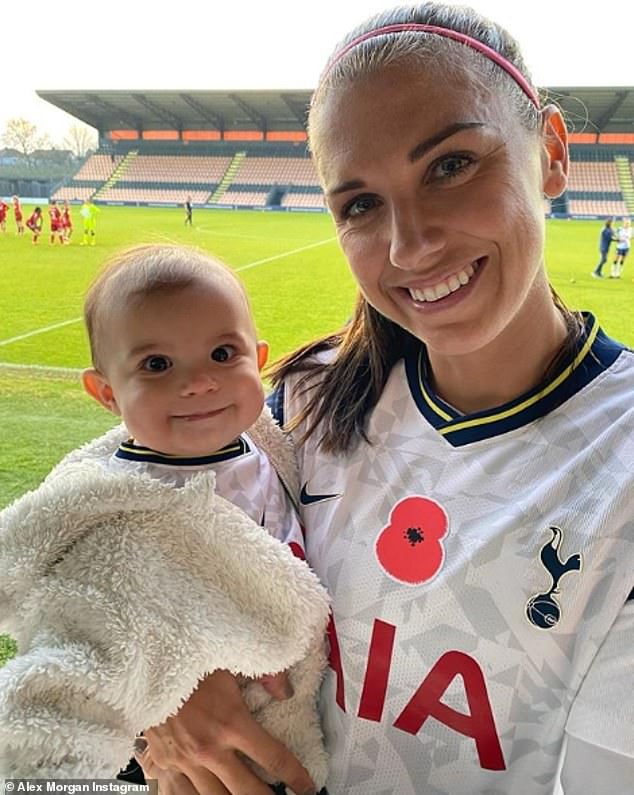 The forward shared a photo of her and daughter Charlie, who had been kitted out in the full Spurs strip, after last month’s draw with Reading

Tottenham’s head of women’s football, Heather Cowan, admitted it had been a pleasure to work with the two-time United States World Cup winner.

She said: ‘We were delighted at the start of the season when Alex chose us as her club to help regain fitness and take her first steps back into competitive football after giving birth earlier this year.

‘It has been a pleasure to have Alex with us during this period and the whole squad has taken a lot from working every day with someone at the top of the women’s game.

‘We wish Alex all the best for the future both at club and international level as she prepares to return back home with her family. She will always be welcome here at Spurs.’ 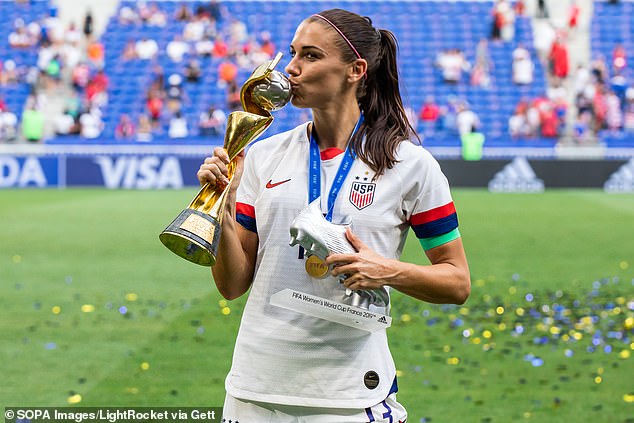 Morgan celebrates after winning her second, and back-to-back, World Cup in 2019

During her time with Lyon, Morgan won the French title, French Cup and the Champions League.

It remains to be seen whether the other members of the American contingent currently playing in the Women’s Super League will join Morgan in returning to the US.

As well as Morgan, Sam Mewis and Rose Lavelle joined Manchester City and Tobin Heath and Christen Press have signed with Manchester United. 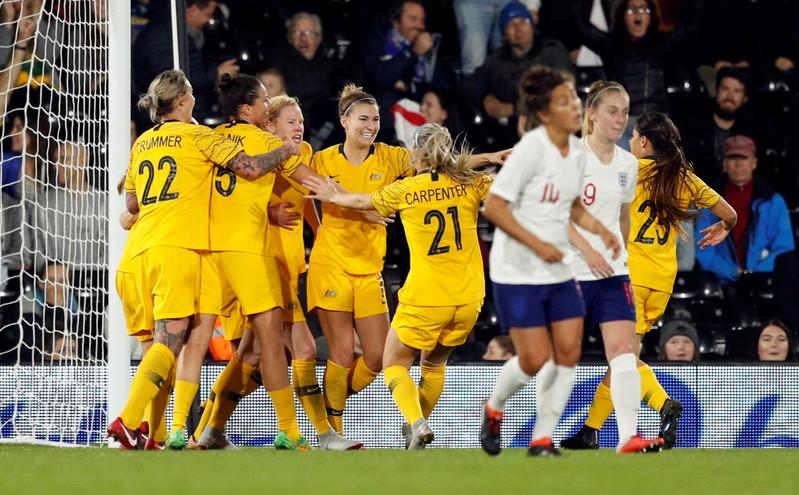 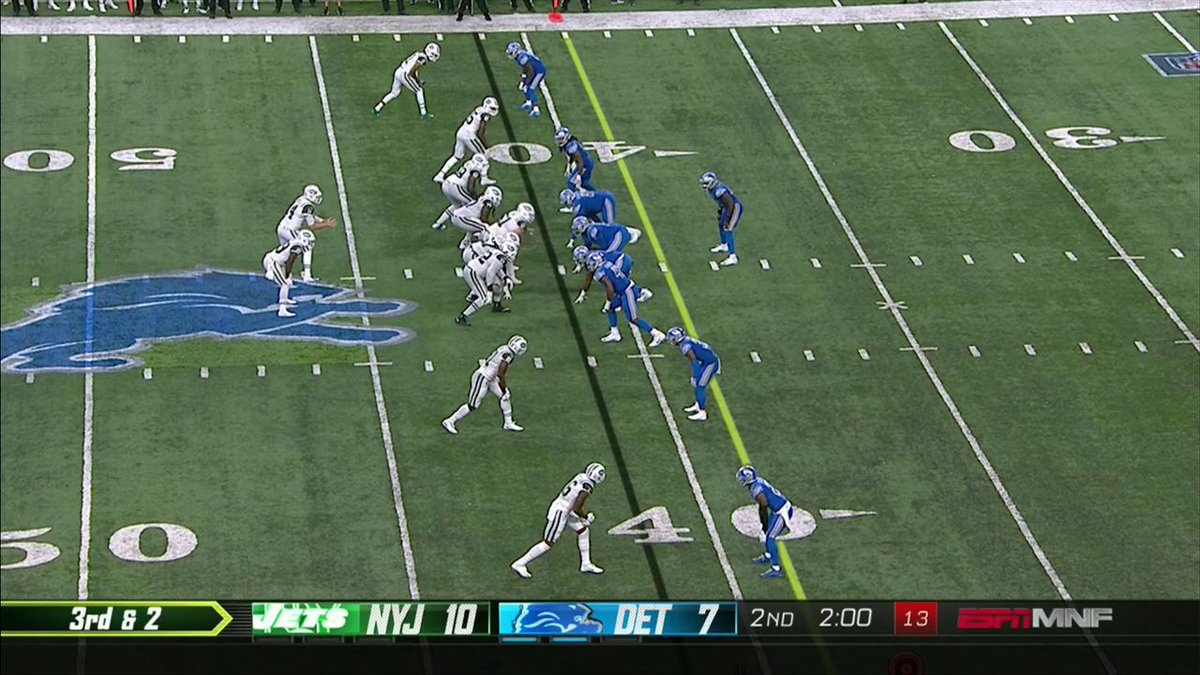 Don’t you just love that new quarterback smell? There were seven quarterbacks starting with new teams across the NFL in week one. […] 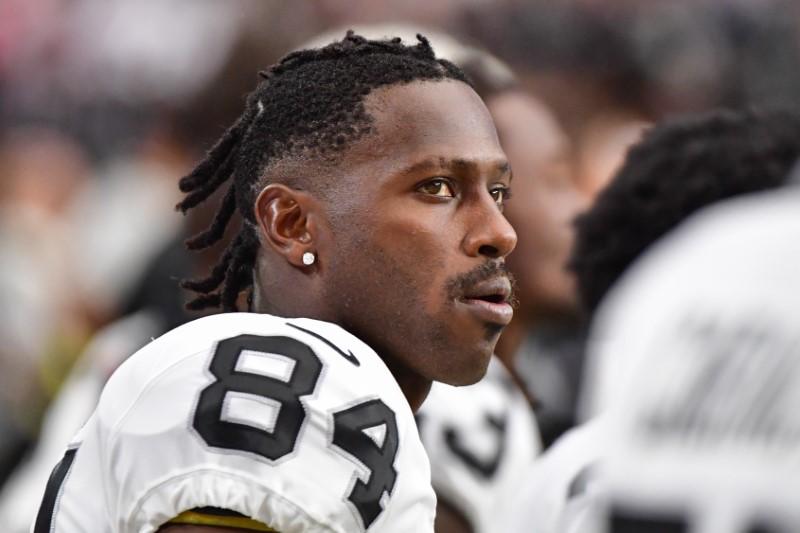 The Oakland Raiders’ Antonio Brown was absent from practice Sunday, and general manager Mike Mayock sounded fed up with the star wideout. […] 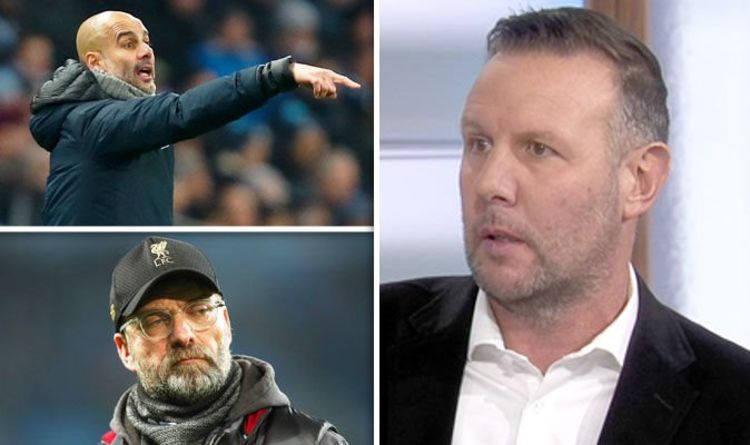 That is the opinion of ESPN FC pundit and former Chelsea midfielder Craig Burley. Liverpool are currently four points clear of second-placed […]