It’s been a tough year for everyone, WWE included. Thanks to losing live crowds and a few too many months of sub-average TV, WWE’s Raw’s ratings hit an all-time low this past week. It hopes to turn things around on Sunday with the TLC pay-per-view, which features two Tables, Ladders and Chairs matches.

Drew McIntyre defends his WWE Championship against AJ Styles in a TLC match that’s sure to be spectacular. On the SmackDown side, Kevin Owens is chasing Roman Reigns’ Universal Championship. We’ll also get a Firefly Inferno bout between “The Fiend” Bray Wyatt and Randy Orton — which will likely be either fun or terrible.

I’ll be updating this page with results, live updates and analysis as the show goes on.

After a night of wrestling far better than anyone expected, we got a main event that was just about as bad as everyone expected. In a Firefly Inferno match, in which the goal was to light a part of your opponent’s body on fire, Randy Orton lit “The Fiend” Bray Wyatt’s jacket on fire, winning a very bad match.

Then, after the match, he poured gasoline all over The Fiend’s unconscious body and then lit him on fire. Cool

The match was so bad. A few minutes in, The Fiend raised his arms to summon flames — leading to fire to shoot out of flamethrowers around the ring. There was no drama, since The Fiend no sells most things. It was mostly just brawling with exchanges of some signature moves.

Most of it meant nothing. Some people may have enjoyed this, and many people will surely get a tickle out of the preposterous visual of Orton RKOing a guy literally on fire. But it’s just too silly. The show ended with what we’re meant to believe is The Fiend’s corpse roasting in the middle of the ring, yet I’m not convinced it will mean a single thing. In a perfect world it’d be the end of the character. I suspect we’ll see him on Raw or, if WWE shows an uncharateristic amount of restraint, at the Royal Rumble.

Rating: 0 stars. Dumb. You’ve seen the gifs above, now you can skip the match.

Even better than the excellent open, this was so fun from beginning to end. Outstanding wrestling, outstanding drama, this was the best match of Reigns’ title reigns so far, and easily one of the best WWE matches of the year.

Reigns won the match, but Kevin Owens was the star. He did such a great job of being the scrappy, plucky babyface — and it worked so well because Reigns was such a giving top heel. The booking is such that the odds of Owens winning were tiny, yet I believed multiple times that it would happen.

It started with Owens attacking Reigns as Reigns was posing in the ring during his entrance. Owens took out Reigns, but was quickly attacked by Jey Uso. Thus began the story of the bout: It was Owens against Reigns and Uso at basically every turn. Owens crushed Uso’s ankle with a chair, and later powerbombed him through a table. But each time Owens had victory in grasp, Uso would return to take it away.

The pacing was great, as Uso was out for just the right amount of time for optimal drama. The match escalated well, and was absolutely captivating by the time Reigns and Owens traded big moves at the tail-end. So many great spots, like when Owens baited Reigns to spear him, resulting in Reigns crashing spectacularly through the baricade, plus a great series of counters that ended with Owens pop-up powerbombing Reigns through the table.

Following that powerbomb, it looked like Owens could really win — but then Uso appeared for the distraction. After a stunner to Uso from Owens, Owens scaled the ladder once more. There, when victory was once again in grasp, Reigns appeared and choked him out with a guillotine atop the ladder.

Rating: 5 stars. I have serious doubts that WWE will follow through with the momentum this performance gave Owens, and you could argue that Owens looked like a loser babyface as two heels double teamed him and no one came out in his defense. But I wouldn’t change a thing about this match — I loved it.

The bout starts off with a nice surprise: Asuka’s mystery parter is a returning Charlotte Flair. After a simple match, Charlotte pinned Shayna Baszler following a natural selection.

Not a lot to say about the match itself. Asuka started, with Flair coming in to briefly take on Nia Jax before tagging out. Then much of the bout was Jax and Baszler getting heat on Asuka, building to a hot tag for Charlotte. Charlotte got that hot tag indeed, clearing house and taking down Jax with a big boot.

Asuka tagged herself in just as Jax planted Charlotte with a Samoan Drop, hitting Jax with a flying dropkick. This lead to Baszler tagging herself in. The two had a nice exchange, leading to Baszler getting the Karifuda Clutch, but Charlotte got a blind tag before Baszler could lock it in. Moments later, after Asuka took Jax out on the outside, Charlotte scored the pin on Baszler.

Rating: 2.5 stars. Not super exciting but, with the surprise of Charlotte’s return, it didn’t need to be.

Another fun match. After an explosive tag team match, Cedric Alexander pinned Kofi Kingston to win the Raw tag titles for himself and Shelton Benjamin.

Prior to the bout, Kingston and Xavier Woods promised “big match New Day” in a backstage segment. We got that, as the two lit the show up with really fun flurry of offense as the match opened. Eventually, the Hurt Business slowed things down — and would eventually hit Xavier with their own whirlwind of attacks. The highlight for me is when Benjamin countered a Boom Drop from Kofi by standing up and catching him, with remarkable speed. Such an insane athlete.

The finish came when Kingston was perched on the top rope. Benjamin leaped up there and suplexed Kingston. As he was primed to hit a finish, Alexander tagged in and nailed a Lumbar Check for the win.

I did not have high hopes for this match when it began. It followed the long and exciting WWE Championship opener, and Carmella isn’t known for having particularly strong matches. But I was wrong to cast doubt, as the match ended up being very good. It ended with Sasha Banks retaining her SmackDown Women’s Championship with the Banks Statement.

It did start slow — likely in order to reset an audience — with Carmella locking Banks in a couple of rest holds, but it picked up about midway through. Banks’ offense looked great, as always, including a really nice running meteora. She also hit Eddie Guerrero’s 3 Amigos and Frogsplash combo, which is always nice to see, for a two-count. But the match really worked because Banks also excels at bumping and selling, and as such could make Carmella’s offense look strong too.

The highlight came as the two exchanged roll-up attempts, and then countered in and out of each others’ submission holds (Carmella’s Cone of Silence, Banks’ Banks Statement). There was a strong false finished when Carmella’s new manager, Reginald Thomas, pulled her out of the ring to save her from a Banks Statement. Banks dispatched him with an off-the-apron Meteora, but Carmella scored two superkicks on the outside before rolling Banks in for a two-count.

Moments later, after a creative reversal by Banks, Carmella would tap to the Banks Statement.

The show kicked off with an absolutely fantastic TLC match for the WWE Championship. After 20 wince-inducing minutes, including a Money in the Bank cash-in by The Miz that caused the match to become a triple-threat midway through, Drew McIntyre won the bout to retain his title.

Miz’s cash-in came about three quarters through. Up until then, AJ and McIntyre wrestled a great match. McIntyre dominated much of the first third, beating AJ in and out of the ring. But AJ turned it around after attacking McIntyre’s leg, including a calf crusher submissions using a ladder and later a chair. This was excellent, as AJ’s offense was believable and McIntyre’s selling was outstanding.

Eventually, AJ hit a Phenomenal Forearm. But as he was scaling the ladder to retrieve the gold, McIntyre scooped him up and gorilla-pressed him over the rope, through a table. It was gnarly. As McIntyre climbed the ladder, The Miz ran down to the ring, with John Morrison close behind, and powerbombed McIntyre off the ladder and through a table. Miz officially cashed in his Money in the Bank contract to make it a three-way.

As he triumphantly climbed the ladder, with both McIntyre and AJ incapacitated, he was stopped by AJ’s bodyguard, Omos. Omos then took Miz and dumped him outside, through a table. RIP Miz. Morrison then tried to hit Omos with a chair, but the chair smashed apart upon coming in contact with Omos’ giant back. Omos then chased Morrison to the back, taking both out of the equation.

The final few minutes were awesome, with Miz, AJ and McIntyre propped up on two ladders in the center of the ring. As one was knocked off, the other two would fight until there was one left — but then the first person knocked off would climb back up, rinse and repeat. It was tense, but ultimately McIntyre would outsmart both by (instead of climbing up the ladder to meet Miz and AJ) pushing the ladder holding AJ and Miz. AJ tumbles outside, Miz gets clocked with a Claymore, McIntyre scales the ladder and wins the match.

It ended with Big E scoring a pin on Intercontinental Champ Zayn after a Big Ending. 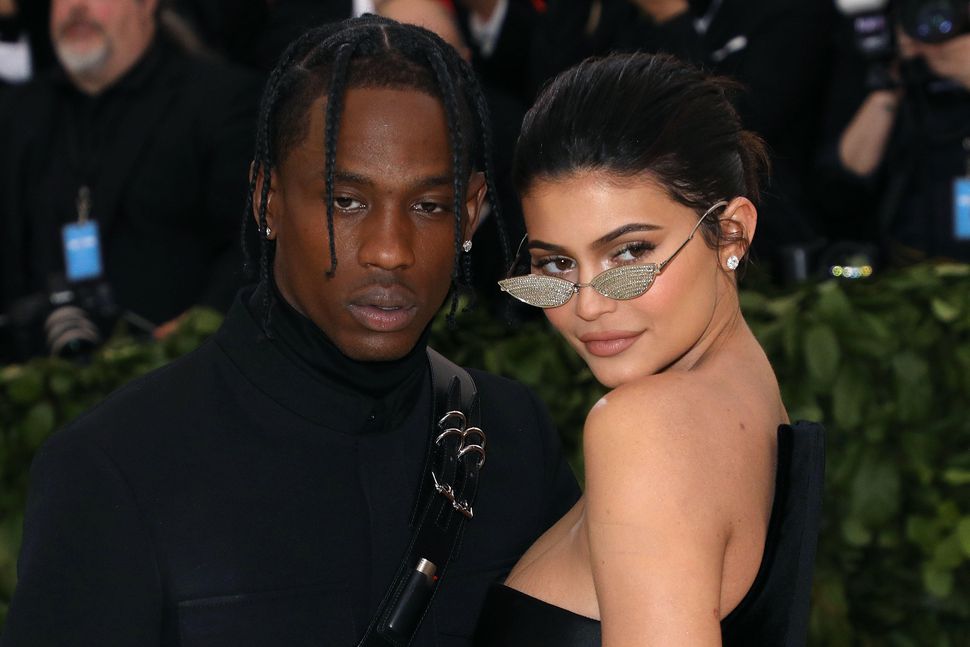 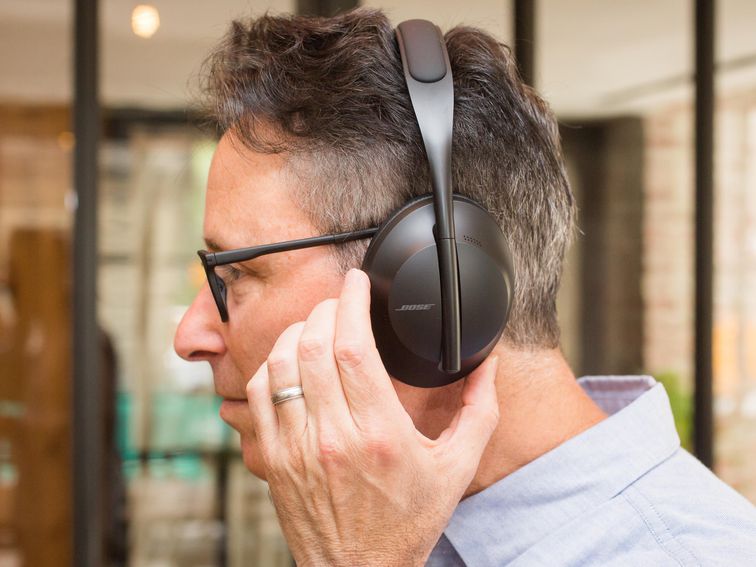 All of us at CNET are stuck at home during the coronavirus outbreak — and if you’re not yet, there’s a good […] 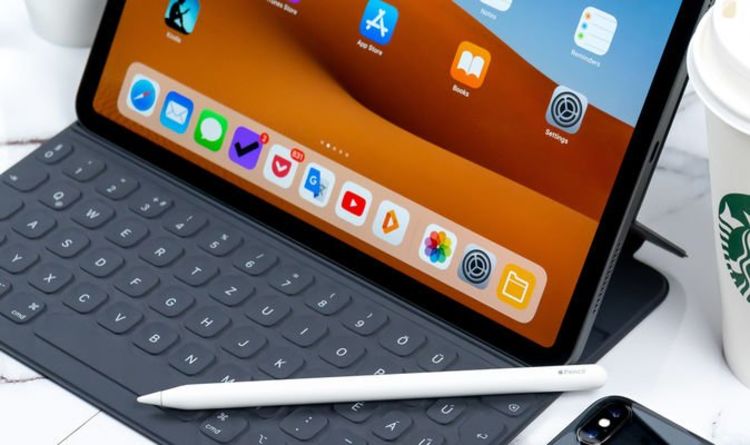 Apple recently released its very impressive new entry-level iPad which brings bigger features to users at a much more reasonable price. That […] 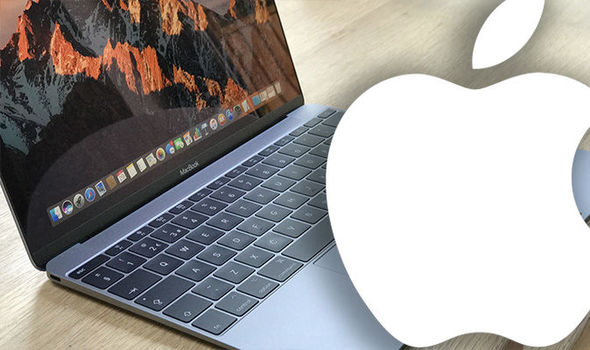 Apple iMac and MacBook owners are being urged to download an important update tonight. This vital upgrade, to anyone running macOS High […]