Parma 0-4 Juventus: Cristiano Ronaldo bags a brace while Alvaro Morata and Dejan Kulusevski also score as rout takes Andrea Pirlo’s team within one point of AC Milan at top of Serie A

By Faaez Samadi For Mailonline and Reuters

Cristiano Ronaldo was once again the star performer as Juventus swept aside Parma to win 4-0 at the Ennio Tardini Stadium.

The Portuguese took his Serie A tally for the season to 12 as he scored twice in this straightforward win for Juventus.

His goals came after Dejan Kulusevski gave Juventus the lead and before Alvaro Morata put the shine on an excellent evening for the Old Lady by scoring the fourth goal in the final minutes of the match. 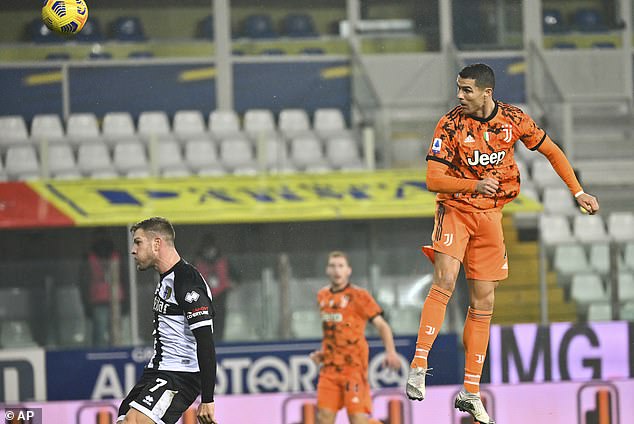 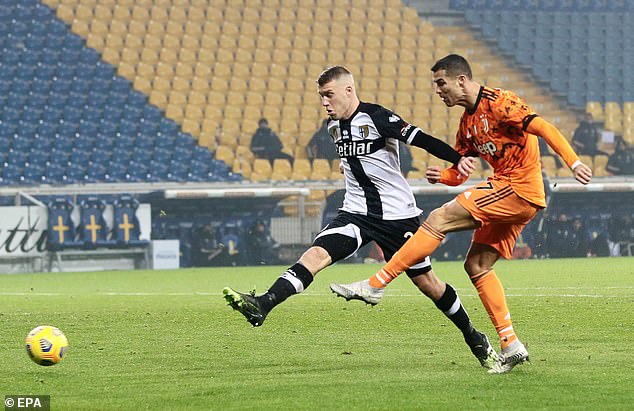 Juve’s 42-year-old goalkeeper Gianluigi Buffon prevented Parma from taking an early lead when he saved with his legs from Juraj Kucka’s close-range effort before the Turin side took complete control.

Kulusevski, who played for Parma last season, fired Juventus in front in the 23rd minute and Ronaldo headed the second three minutes later. 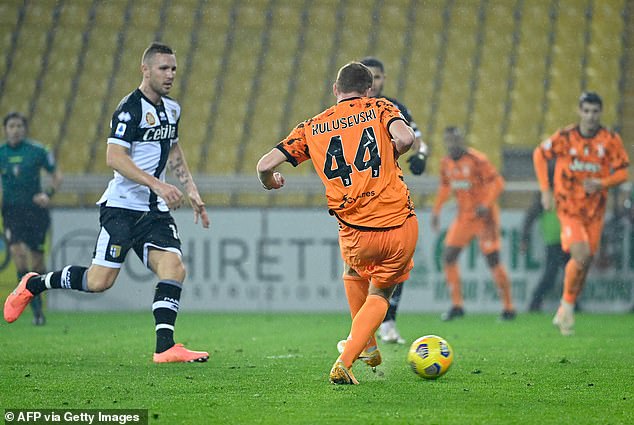 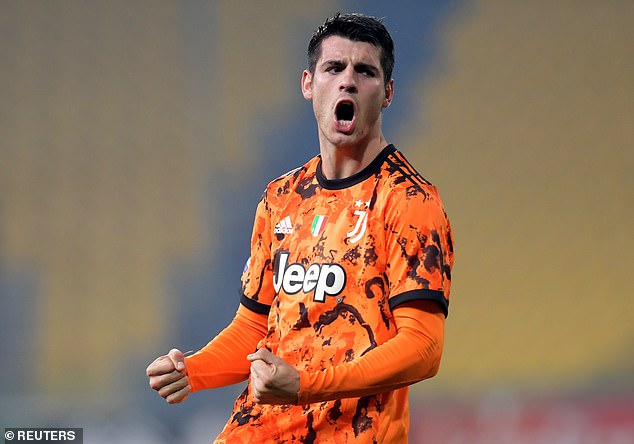 After Ronaldo’s brace, Alvaro Morata (pictured) headed in a fourth goal in the 85th minute

‘Ronaldo was quite rightly angry with himself after missing a penalty (against Atalanta), but fortunately he didn’t have much time to stew over it and immediately got the chance to show just how much he loves to score goals,’ Juventus coach Andrea Prilo coach told DAZN.

‘We weren’t happy with Wednesday’s result, but the performance was good. This evening we wanted to recover the points we dropped against Atalanta and I think we achieved it.

‘This evening was the Juventus I wanted to see. We needed to win this game, our strikers Cristiano and Alvaro both needed to get back to scoring ways. We needed to work as a collective and Aaron Ramsey also had a really good game.’ 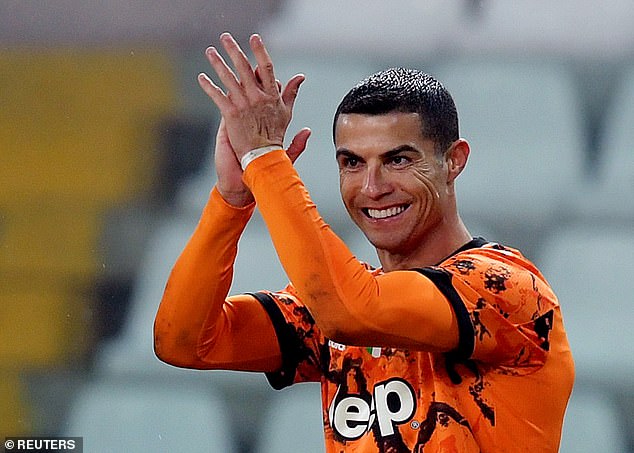 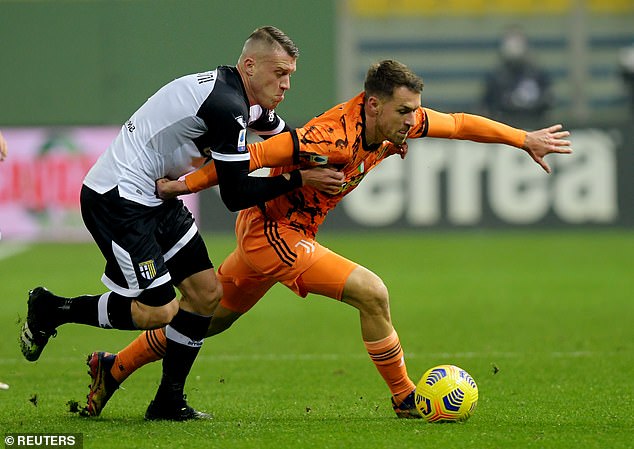 Buffon said Juventus needed to win the match ‘ before the big clashes arrive’.

‘We need to be left with as few regrets as possible,’ he told DAZN.

‘I don’t think our performances were entirely reflected in the results, for example with Lazio, as we deserved to win that and were caught at the last second.

‘When you start to put together six, seven, eight games in a row when you win and play well the way we did today, then we can say we are Andrea Pirlo’s Juventus. We still have some ups and downs, but the ups are pretty impressive.’

Juventus moved level on 27 points with second-placed Inter who play on Sunday.

(Reuters) – Nick Kyrgios overcame a bout of nausea, a stiff back and saved three match points on the way to stunning […]

Lewis Hamilton took pole for the Belgian Grand Prix with a commanding performance at the Spa-Francorchamps circuit. He beat his Mercedes teammate […] 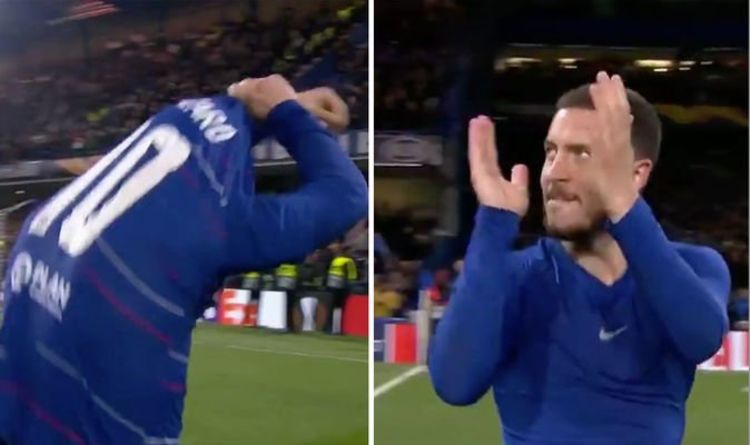 In what might have been his final game as a Chelsea player at Stamford Bridge, Eden Hazard helped his side to the […]