WASHINGTON — Vice President-elect Kamala Harris will take office in January as a historic first, shattering a glass ceiling and becoming one of the most powerful women in the United States.

But as President-elect Joe Biden fills out his administration, divvying up responsibilities, Harris is at risk of falling into a vice presidential trap as old as the office — holding a job with no specific responsibilities and no clear duties beyond appearing at ceremonial events.

One of her first challenges will be ensuring that she doesn’t get relegated to the fringes of an administration filling up with longtime Biden allies and advisers as has happened with past vice presidents, who have found themselves on the outside of major decisions and unable secure achievements.

So far, those close to the transition say Harris has operated as a full partner to Biden. She has interviewed cabinet nominees and offered her input on choices. During meetings, Biden seeks her input and she has been involved in helping set the incoming administration’s policy agenda, said one transition official.

Past administration officials and those close to both Biden and Harris say those dynamics risk deteriorating once the pair enters the intense West Wing environment, where a vice president and their staff have to contend with competing interests throughout the administration.

Success is often found for vice president through their staff, and allies warn that Harris is assembling a team that doesn’t have strong relationships with Biden’s top aides. Most of Harris’s staff is also new to her and hasn’t worked with each other before.

Recent vice presidents have tried, with varying levels of success, to find a job for themselves by taking on important projects in the administration or assuming control of a key sector of the government. When Biden became vice president, he was tasked with overseeing the federal response to the economic crisis. Current Vice President Mike Pence in his first year became the White House’s lead negotiator on the Hill for efforts to repeal Obamacare and pass a tax overhaul.

Harris, who has spent just under four years in the Senate and six years as California attorney general, has yet to be given a portfolio or focus for the incoming administration. Rather, Biden has given a broader description of her job saying during a CNN town hall earlier this month that he plans to rely on Harris to help with whatever is the “urgent need of the moment.” Harris described her role as being the “first and the last in the room.”

“There’s not a single decision I’ve made yet about personnel or about how to proceed that I haven’t discussed it with Kamala first,” Biden said during the CNN interview.

But at the same time, Biden has been building a team of top cabinet members and senior staffers whom he has worked with for decades, including his chief of staff, secretary of state and defense secretary. Harris, by contrast, has spent just over four months working closely with Biden on the campaign and doesn’t have pre-existing relationships with some of his top cabinet members and senior advisers.

There has been an inherent tension in past administrations between the interests of the president and vice president and people close to the Biden campaign have already raised concerns about whether Harris’s own political aspirations could conflict with her bosses agenda. Privately, Biden staffers have said there is a concern that Harris will be focused more on building her own brand rather than on carrying out Biden’s agenda, according to four people close to the transition.

Biden will be the oldest president ever inaugurated when he takes office, a fact that stoked speculation he wouldn’t run for re-election in 2024 even before he won. Biden allies worry that Harris will be focused more on making another presidential run in a few years.

“They don’t want her over there running for 2024, and everyone I talk to believes that’s a possibility,” said one of the people.

Vice president’s can often be tasked with the more difficult assignments — Pence found himself a number of times defending Trump on television, taking on longer, less glamorous foreign trips, and playing the bad cop in negotiations.

“The main thing a vice president has to do is to give the president cover,” said a former Obama administration official. “She might not want to do some of those things.”

Biden and Obama had served in the Senate together before taking office.

Harris and Biden did not overlap in the Senate nor was she in Washington during the Obama administration, one of Biden’s last ceremonial acts as vice president was swearing her in as a Senator in 2017. She did, however, develop a close relationship with his son Beau Biden, who died in 2015, as they worked together on cases when they were both state attorney generals.

But even with a good relationship between Biden and Harris, much of her success will depend on how she and her staff are able to work with the rest of the West Wing personnel, other cabinet members and officials throughout the government, said former administration officials.

The vice president is given a relatively small team that is housed across the street in the Eisenhower Executive Office Building making it difficult for aides to stay in the flow of information unless they find reasons to be in the West Wing.

Unlike many of her predecessors, Harris won’t be entering the job with a close group of long-time advisers. She has been in Washington for less than four years and had a falling-out with many of the staffers from her failed presidential run, said three people familiar with the matter. Her closest aide coming to the White House will be her former Senate chief of staff Rohini Kosoglu, who began working for Harris in 2017 and will be the vice president’s domestic policy advisers.

Harris was recently introduced to her new chief of staff, Tina Flournoy, by political operative Minyon Moore, who has been helping Harris hire staff, said a person close to the transition. Flournoy has spent decades in Washington political circles stretching back to the 1992 Clinton presidential campaign. But she has never worked closely with Biden’s top advisers, including chief of staff Ron Klain, her West Wing counterpart, said a person who knows them both.

It’s a contrast to the dynamics with Harris’s predecessor.

Pence, who was able to navigate four years in the job with relatively little drama between him and his boss, saw many of his aides overlap. Pence’s first chief of staff, Nick Ayers, worked closely with Reince Priebus, who first held the top job in the Trump White House. The two had worked together when Priebus was at the Republican National Committee.

Marc Short, who had worked for Pence in Indiana, took a West Wing job as the head of legislative affairs. Trump adviser Kellyanne Conway had worked for Pence as his pollster. Marc Lotter, a top Pence political aide dating back to his time as Indiana governor, took a top re-election campaign job in the communication office.

One bridge between Biden and Harris worlds will be Symone Sanders, Harris’s chief spokesperson and a former Biden campaign staffer. But even Sanders is relatively new to Biden’s world, having joined the president-elect’s campaign in 2019 after having previously worked for Vermont Sen. Bernie Sanders in 2016.

Ashley Etienne will be Harris’ communication director after spending the last few years as a top aide to House Speaker Nancy Pelosi. She brings more than decade of experience in Washington politics, divided between Congress and nearly three years in the Obama administration.

While no one questions the qualifications of Harris’s key staffers, there is concern about how well they will be able to operate with the West Wing staff.

The two teams lack experience working together, made more complicated by the pandemic forcing most staffers to work remotely during the transition. There is also a demographic divide between the top aides for Biden and Harris — Harris’s team so far includes all women, nearly all of them women of color, while Biden’s top West Wing advisors consist largely of white men, said a person close to the transition.

A transition official said there have been no issues so far between the two staffs and that the tone set by the president-elect to treat Harris as a partner has trickled down throughout the incoming administration.

UNITED NATIONS (AP) — The U.N. Security Council called for an immediate halt to fighting in Yemen on Wednesday, saying that only […] 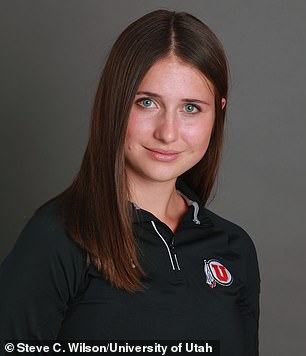 A University of Utah police officer kept explicit photos of a student who complained her ex was trying to extort her, and […] 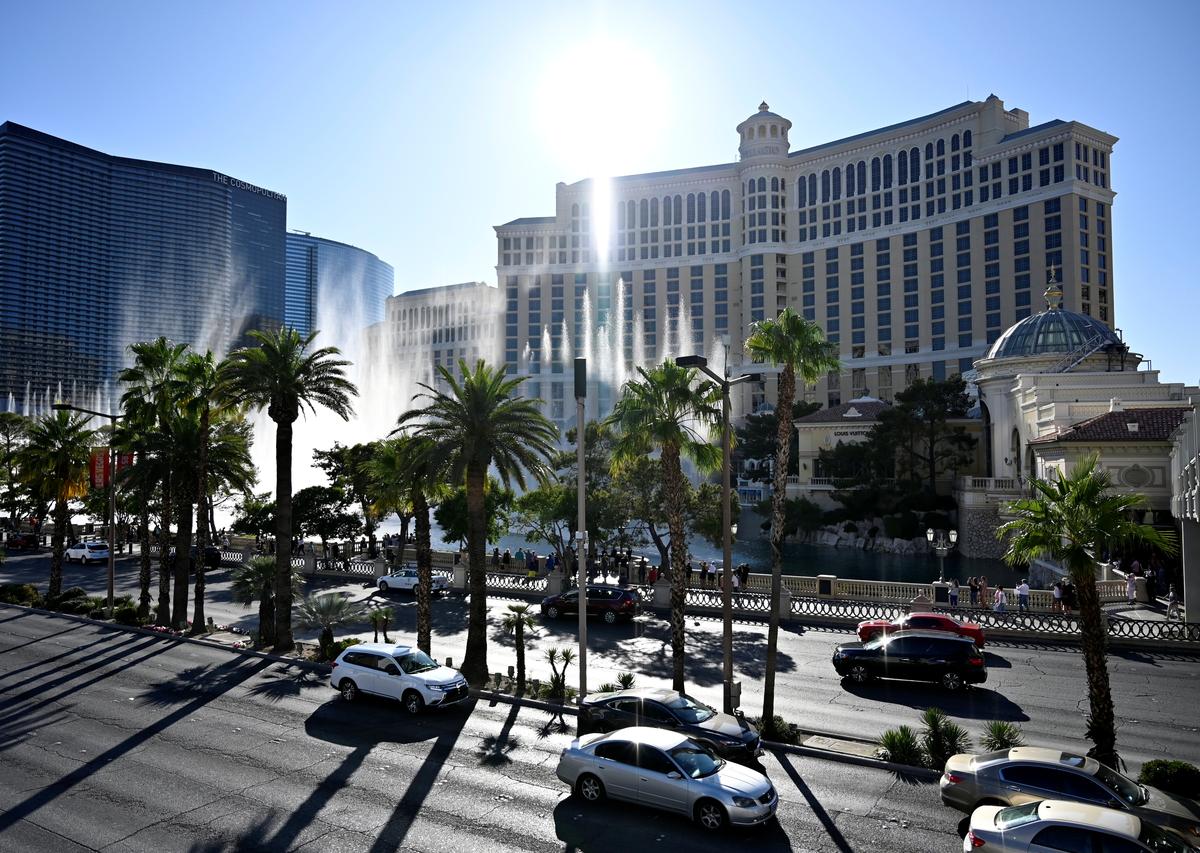 FILE PHOTO: The Bellagio hotel and casino is seen along the Las Vegas strip after MGM Resorts International announced it was selling […] 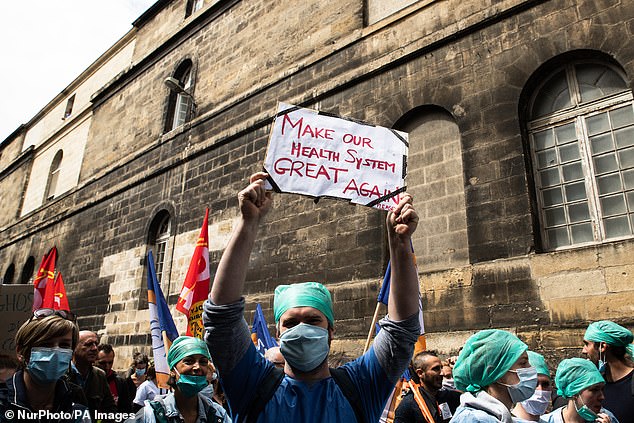