These are strange times and no club sums them up more than Harlequins. The lack of crowds has made venturing away less hazardous, to the point where most victories on the opening weekend of the Champions Cup went to the visiting team.

The first three rounds of the Premiership have featured 10 home victories out of 18 and the last round of France’s Top 14, a bastion of home advantage, had five of the seven matches claimed by the team on the road, while there was only one home win in the four matches played in the Pro14 on its last full weekend programme of games. Home is where the heartache is.

Quins play their second match of the campaign at the Stoop on Sunday when Racing 92, last season’s beaten finalists, venture across the Channel. Harlequins lost by 30 points to Exeter on the opening night of the season and then went on to secure two bonus-point victories on the road at Northampton and Gloucester before suffering a self-inflicted defeat at Munster, when their entire back row visited the sin-bin.

“If we tidy up a few things, we can be a real force to be reckoned with,” says the Quins No 8, Alex Dombrandt, who will be the captain against Racing. “Munster was a game we could have won, but we shot ourselves in the foot. We let ourselves down with discipline and losing a few key moments in the game. Discipline has been an issue for us all season and we have not been good enough in that area, but we have shown character and resilience.”

Racing will test Harlequins’ discipline. They have appeared in three of the past five finals of the Champions Cup and are third in the Top 14, three points behind the leaders, La Rochelle, with a game in hand, and have won four of their six away matches, with the two defeats coming by a penalty kick and a conversion.

“We are excited by the challenge of Racing,” says Dombrandt. “We have had a look at them and know the type of game they play. They are expansive and have great individual players in Finn Russell and Virimi Vakatawa. We need to make sure we are on the money and look after those threats.

“We can take confidence from Munster, because we did a lot of things well and could have won. We have three games left in the Champions Cup and will be doing everything to win them. The frustration from Munster was that we went looking for stuff that was not there and forced things. That is when it goes slightly wrong and you get penalised.

“If we trust ourselves and stick to what we are good at, the points will come.”

Dombrandt joined Quins in 2018, one year after he played for Wales Under-20s, having qualified because he was a student at Cardiff Metropolitan University. A bustling, ball-carrying forward, he has been involved in England training camps without making a matchday squad, blossoming at a time when the national setup has mined deep reserves in the back row.

“I am fairly happy with where I am at and I know the areas I have to improve on,” says the 23-year-old. “I feel I play my best rugby when I am enjoying it: keep a positive attitude in training, work hard and what will be will be.

“I have had some texts and conversations with John Mitchell [England’s defence coach] about a few things. It is nice to know they are taking an interest in you and want you to improve.

“Coming to a professional environment from university was a big wake-up call. I needed to lose weight to get up to speed and make sure I could get involved in games. I feel comfortable now, able to carry and tackle more and be more effective after a tackle.

“England is for others to say: there has been a lot of hype around me: I have had a taste of the England camp, but I am concentrating on Harlequins.”

Quins cannot afford to lose against Racing, with four pool games this season. “We know it will be tough and we cannot leave anything out there,” says Dombrandt.

“The beauty of European rugby is that you get to test yourself against some of the world’s best. It is a good marker to see where you are individually, but it is more about the team. We have to show Munster was just a bump in the road.” 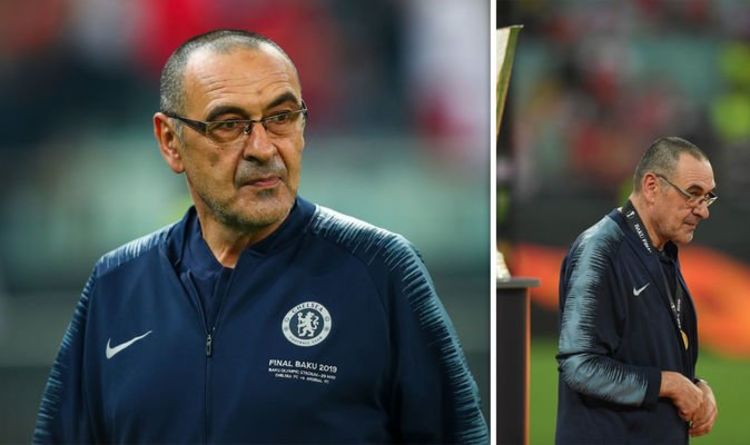 The Italian champions have earmarked Sarri as a replacement for the recently-departed Massimo Allegri, who left the Turin club in May after […]

It is October 1999, and a 20-year-old Jonny Wilkinson is sitting on the edge of a bed in Clive Woodward’s hotel room […] 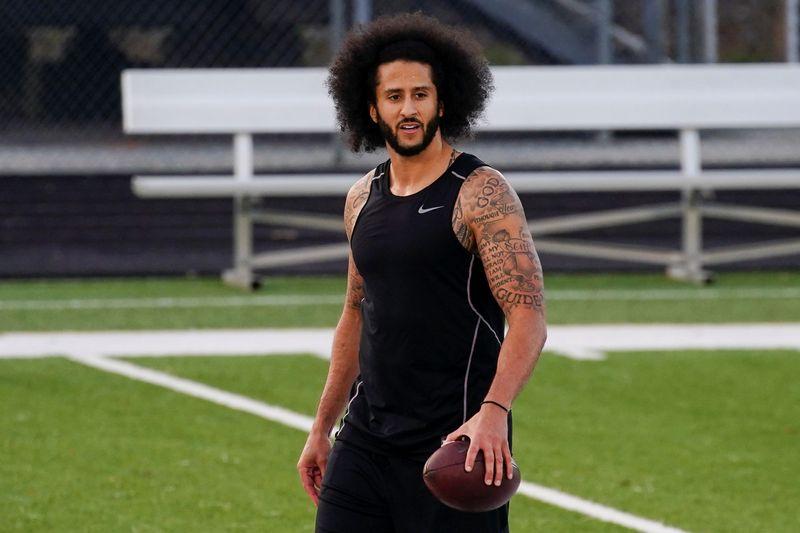 Colin Kaepernick could have played in the reborn XFL, but his salary demands were too high, commissioner Oliver Luck said in an […]

The Cleveland Browns will be without their head coach when they make their first playoff appearance in 18 years this weekend. The […]