ANCHORAGE, Alaska — The 2021 Iditarod Trail Sled Dog Race will be about 140 miles shorter than normal as a result of complications stemming from the coronavirus pandemic.

Race officials announced Friday that teams will no longer embark on a 1,000-mile journey to Nome but instead will take a roughly 860-mile loop that starts and ends in Willow.

Every musher must also test negative for the coronavirus before the race begins. They will also be tested again during the race.

Facial coverings and social distancing will be mandated at checkpoints.

The race is scheduled to begin on March 6.

ATLANTA — U.S. health officials closely tracking possible side effects of the first authorized COVID-19 vaccine say they have seen six cases of severe allergic reaction out of more than a quarter million shots given.

The Centers for Disease Control and Prevention said more than 272,000 shots of the Pfizer vaccine were given nationwide as of Saturday morning. The half-dozen cases of allergic reaction were reported as of Friday night, and included one person with a history of vaccination reactions.

Health officials are keeping close watch for such side effects.

U.S. vaccine recipients are supposed to hang around after their injections in case signs of an allergy appear. The CDC says all cases occurred within the recommended observation window and were promptly treated.

The numbers were discussed at a meeting of a committee that advises the CDC on vaccines. The group on Saturday endorsed Moderna’s COVID-19 vaccine, which was granted emergency authorization on Friday.

Less severe side effects have also been rare. Among the first 215,000 people to get vaccinated in the U.S., fewer than 1.5% of them had problems that left them unable to perform their normal activities or required medical care.

Many vaccines can cause temporary discomfort, such as a sore arm or certain flu-like symptoms. COVID-19 vaccines tend to cause more of those reactions than a flu shot, and some hospitals are staggering the times their employees get vaccinated to avoid staffing problems.

The United States reached a record of nearly a quarter million coronavirus cases reported in 24 hours. An additional 2,814 people died nationwide, pushing the death toll to more than 313,000. Some areas of California are “just right at that cusp of getting overrun,” says Dr. Anthony Fauci, the nation’s top infectious disease expert.

The Army general in charge of getting COVID-19 vaccines out across the U.S. apologized for “miscommunication” with states over the number of doses to be delivered in the early stages.

MONROE, La. — Louisiana’s newest member of Congress was admitted to a hospital for monitoring on Saturday, one day after announcing that he had been diagnosed with COVID-19.

Letlow, who is from the northeast Louisiana town of Start, was elected earlier this month to the 5th District seat representing northeast and central Louisiana. He is scheduled to be sworn in next month.

He had announced Friday that he had been infected by the coronavirus and was quarantining at home.

Letlow was the third high-profile Louisiana politician in two days to say he had been infected. Democratic U.S. Rep. Cedric Richmond, who is leaving to become a member of President-elect Joe Biden’s White House staff, and Republican Lt. Gov. Billy Nungesser both said Thursday that they had tested positive for the virus.

BIRMINGHAM, Ala. — The United States added a record of nearly a quarter million coronavirus cases in the past day.

Health experts says the record could increase as cases surge in various parts of the country and health care systems struggle to keep up.

Along with 249,709 new cases, there were an additional 2,814 reported deaths nationwide in the past 24 hours. That pushed the confirmed U.S. death toll past 313,000, according to researchers at Johns Hopkins University.

Health officials are concerned about future cases brought on by travel and gatherings during the holidays and New Year’s.

NASHVILLE, Tenn. — State health officials say 2,711 COVID-19 vaccinations have been administered so far in Tennessee, the worst state in the country for new cases per capita.

The Tennessee Department of Health on Friday unveiled its online vaccination dashboard, which will be updated on Tuesdays and Fridays. Tennessee frontline hospital health care workers on Thursday began receiving the Pfizer vaccine.

There were 1,640 new cases per 100,000 people in Tennessee in the past two weeks, which ranks first in the nation, according to researchers at Johns Hopkins. The seven-day rolling average of daily deaths rose from 50 on Dec. 4 to 74 on Friday.

Republican Gov. Bill Lee has declined to require a mask order. Only a dozen other states lack a statewide mask requirement.

PHOENIX – Arizona residents are being told to “shrink their circles” of personal contacts and gatherings to help the state’s health care system handle coronavirus cases.

State and local governments need to do more to reduce the coronavirus’ spread, because one of Banner Health’s hospitals is using a refrigerated truck trailer to augment its now full morgue, says Dr. Marjorie Bessel, the hospital chain’s chief clinical officer.

Only 8% of all beds and intensive care unit beds were available, according to the state’s coronavirus dashboard.

WASHINGTON — With coronavirus numbers setting new daily records, the nation’s capital is temporarily suspending all indoor dining in restaurants over the holidays.

The District of Columbia will remain in phase two of its reopening plan, and the government described the move as a “holiday pause.”

The order also extends Washington’s public health emergency through March 31 and orders all museums to close. The entire Smithsonian network of museums, which includes the National Zoo, already shut down voluntarily in late November.

WASHINGTON — An Army general in charge of COVID-19 vaccines apologized Saturday for “miscommunication” with states on the number of early doses delivered.

Gen. Gustave Perna’s remarks came a day after a second vaccine was added in the fight against the coronavirus. Governors in more than a dozen states says the federal government has told them next week’s shipment of the Pfizer-BioNTech vaccine will be less than originally projected.

“I want to take personal responsibility for the miscommunication,” he said. “I know that’s not done much these days. But I am responsible. … This is a herculean effort and we are not perfect.”

Perna says the government now is on track to get approximately 20 million doses to states by the first week of January, a combination of the newly approved Moderna vaccine and the Pfizer-BioNTech vaccine. He says 2.9 million Pfizer-BioNTech doses have been delivered so far.

The coronavirus has killed more than 313,000 people in the U.S., the highest death toll in the world.

Johnson announced the capital and other areas in southern England currently under Tier 3 will move to a stricter Tier 4 that requires non-essential shops, hairdressers and indoor leisure venues to close after the end of business hours Saturday.

Johnson says a planned five-day easing of socializing rules allowing up to three households to meet in “Christmas bubbles” will be canceled for Tier 4 areas. No mixing of households will be allowed except under limited conditions outside in public places.

For the rest of England, people can meet in Christmas bubbles for just one day instead of Dec. 23-27.

U.K. officials reported another 28,507 confirmed cases on Friday and 489 deaths within 28 days of testing positive for the virus.

The U.K. has reported 1.9 million coronavirus cases. It has Europe’s second-highest confirmed COVID-19 death toll at 66,600 and sixth-highest overall.

California spent the most during the pandemic’s initial months, at least $1.5 billion in the AP’s data, followed by Texas, Maryland, Massachusetts and Washington. New York also spent several hundred million dollars on PPE and ventilators through November.

The data was obtained from states through open-records requests. State governments were scrambling for supplies at the onset of the coronavirus pandemic. Some states paid as much as $11 for individual N95 masks, which previously cost around 50 cents before the pandemic.

Supplies often went to the highest bidder, even if they’d already been promised to someone else. States set up their own fraud tests, rejecting masks that failed to meet safety specifications or lacked medical labeling.

The country’s health agency says the vaccine had been approved for the small Alpine country after a careful examination by expert teams. The agency did not say when vaccinations in Switzerland would begin.

The approval comes shortly after Britain, Canada, the United States and other countries allowed the use of the vaccine in their respective countries.

The director of Swissmedic said “Thanks to the rolling process and our flexible teams we could quickly decide and fully accommodate the three most important requirements security, efficacy and quality.”

Raimund Bruhin added that, “The safety of the patients is a required condition especially regarding the approval of vaccines.”

LANSING, Mich. — Michigan lawmakers and Gov. Gretchen Whitmer have agreed to a $465 million pandemic spending plan, including relief payments to businesses and workers struggling to stay afloat because of the coronavirus and government restrictions to curb its spread.

The legislation received overwhelming Senate support late Friday and is expected to win House passage on Monday before legislators adjourn for the year. Nearly half of the funding would be used to continue, through March, a maximum 26 weeks of unemployment benefits in a year instead of 20 weeks.

The bill would provide $45 million in assistance to employees who have been laid off or seen their hours cut due to restrictions under a state health department order that has prohibited indoor restaurant dining and closed entertainment venues. A worker could get up to $1,650.

Small businesses affected by the recent orders would receive $55 million in grants — up to $20,000 if they had to close, $15,000 if they partially closed. Certain concert and other live-entertainment sites could qualify for $40,000 as part of a separate $3.5 million grant program.

The state joins more than a dozen others that have been told their vaccine shipments will be smaller than planned in coming weeks. Instead of receiving 180,000, Massachusetts now expects to get 145,000.

Republican Gov. Charlie Baker said he hasn’t received an explanation for the cutback.

“We’re certainly frustrated,” Baker said at a COVID-19 briefing on Friday. “We’re working to get clarity on what this means, what happened and how that bump will be dealt with along the way.”

NEWARK — New Jersey will start to vaccinate its nursing homes a week later than other states because the state missed a deadline by a day with Operation Warp Speed, the state’s top heath official said Friday.

Health Commissioner Judy Persichilli said the “sheer volume” of information required for over 650 facilities led the state to miss a Dec. 7 deadline. That means New Jersey won’t begin vaccinations at its long-term care centers until Dec. 28, she said.

New Jersey’s COVID-19 outbreak has ravaged nursing homes, with 7,430 deaths, including residents and staff. That’s about 46% of the overall death toll in the state. 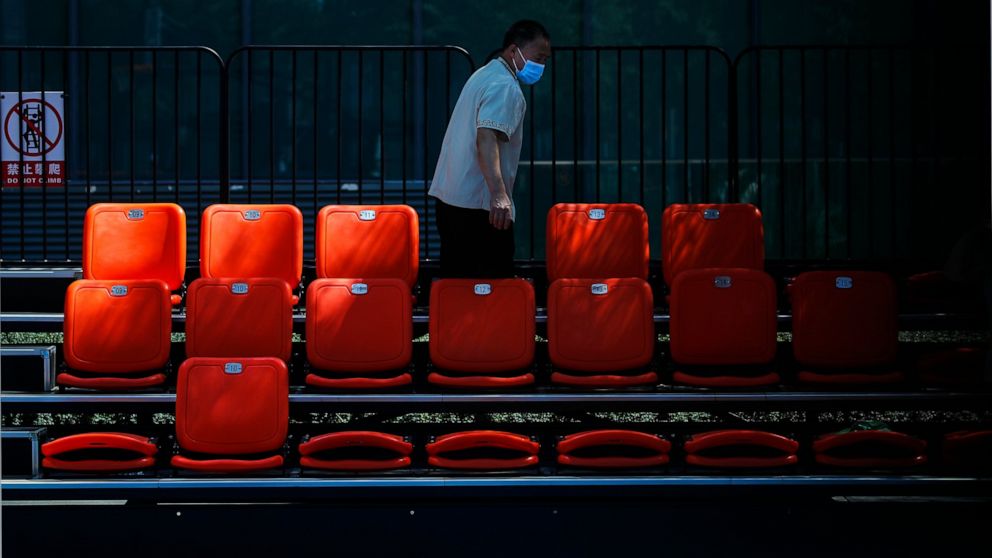 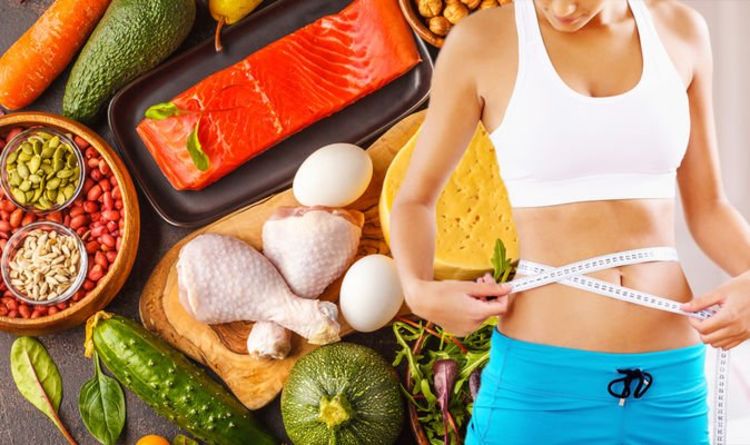 The Atkins diet is a low-carb diet which is favourable in the weight loss community.  For those people who want to lose or maintain […] 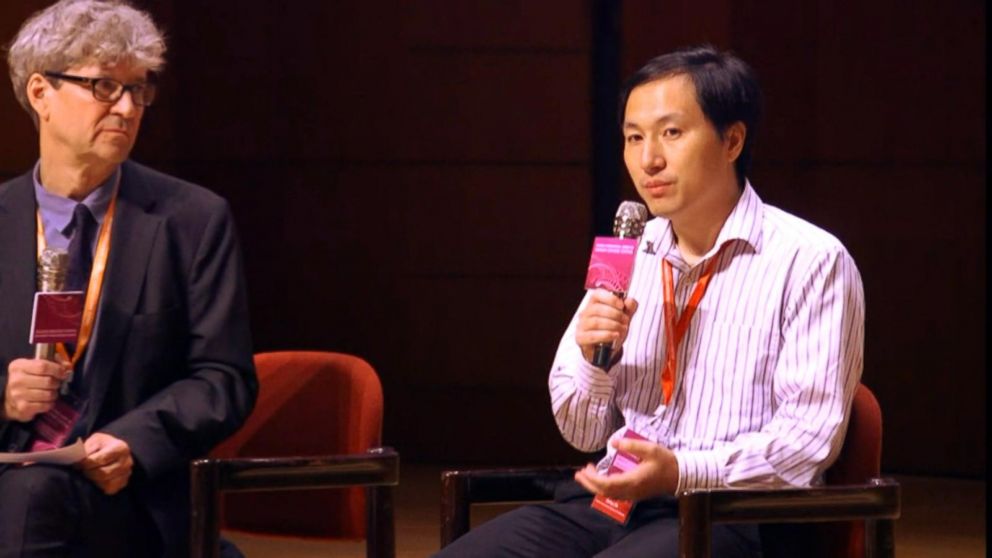 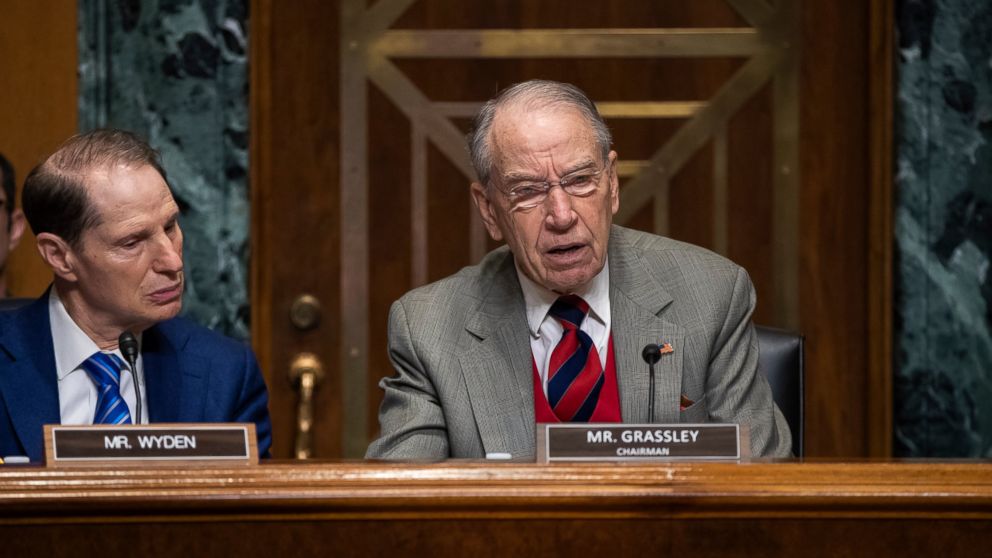 A senior Republican lawmaker said Tuesday that he plans to investigate the “unacceptable” cost of insulin, as Congress opened hearings on high […]