A team of scientists is being sent to the South Atlantic to study the giant iceberg A68a.

The 3,900-sq-km behemoth is currently drifting offshore of the British Overseas Territory of South Georgia where it threatens to run aground.

If that happens it could make life extremely difficult for the wildlife haven’s penguins and seals as they go about foraging for fish and krill.

The British Antarctic Survey (BAS) will lead the expedition.

The researchers will approach A68a in the Royal Research Ship James Cook.

They’ll use robotic underwater vehicles and sampling instruments to see how the frozen mass is influencing its environment.

Big bergs change the temperature of the sea around them and introduce huge volumes of fresh water as they melt. This affects conditions for all marine life – from the simplest planktonic organisms all the way up to the biggest creatures in the ocean, the whales.

A68 broke free from the Larsen C sector of Antarctica in 2017 and has been steadily moving north, away from the White Continent, ever since.

Recent months and weeks have seen it lose a lot of its bulk, so much so that it’s just surrendered the title of the “world’s biggest iceberg”.

Nonetheless, its scale (roughly now the size of the English county of Suffolk) remains intimidating, especially when seen in satellite images moving only 90km from South Georgia’s coast.

The researchers hope to be on site at the end of January.

They’ll deploy two untethered submersible gliders that will spend almost four months in and around A68a.

“They’ll monitor seawater temperature and salinity, and collect measurements of chlorophyll concentration; and backscatter – essentially how clear the water is or isn’t.

“We’ll be deploying the gliders but they’ll actually be piloted from the UK, by teams at the National Oceanography Centre and at BAS,” he told BBC News.

The chlorophyll data will give an indication of how many phytoplankton are in the water. These organisms are right at the base of the food chain. They’re eaten by the small crustaceans krill, which in turn are eaten by the territory’s key predators.

The berg currently is running in a fast-moving stream of water called the Southern Antarctic Circumpolar Current Front, or SACCF.

As this flow encounters the continental shelf at South Georgia, it turns to the southeast; and it does appear as though A68a has turned with it in the past day or so.

The expectation is that the SACCF will take the block in a loop around the island, but there is always the risk that the berg’s keel will catch somewhere in shallower waters.

The depth of A68a below the waterline is about 200m, confirms Dr Stef Lhermitte from Delft University of Technology, Netherlands. He’s just checked this with data from the American IceSat-2 spacecraft.

The US space agency mission carries a laser altimeter to measure the elevation of floating ice above the sea surface. Once you know this height (31-38m), some reasonably straightforward calculations will give you a value for the draught – the hidden, submerged part of the berg.

“That thickness is similar to the front of Larsen C before the iceberg calved,” observed Dr Rob Larter from BAS.

“There will not have been much basal melting because at around 200m depth, the base will be in the ‘winter water’, the coldest part of the Southern Ocean water column.”

Why A68a has little to do with climate change

The berg came from a part of the Antarctic where it is still very cold – the Larsen C Ice Shelf. This is a mass of floating ice formed by glaciers that have flowed down off the eastern side of the Antarctic Peninsula into the ocean. On entering the water, the glaciers’ buoyant fronts lift up and join together to make a single protrusion. The calving of bergs at the forward edge of this shelf is a very natural behaviour. The shelf likes to maintain an equilibrium and the ejection of bergs is one way it balances the accumulation of mass from snowfall and the input of more ice from the feeding glaciers on land. Larsen C calves big bergs like A68 on decadal timescales.

One of the worst places for A68a to anchor itself would be just to the southeast of South Georgia.

This could then interfere with the flow of krill in the SACCF along the northern edge of the continental shelf, making it harder for the penguins and seals to find the food resource they need to support themselves and their young.

It may not come to this, of course. A68a could simply keep on moving past South Georgia.

And Prof Ted Scambos from the University of Colorado, Boulder, US, says we should also be on alert for the possibility of a “spectacular disintegration” of the berg.

He points to the “ice foot” that is developing around the block.

This is an underwater bulge that can be seen in high-resolution satellite images as lighter-coloured water at the base of the berg’s cliff faces. It is caused by increased melting at the waterline due to wave erosion and warmer surface waters.

According to Prof Scambos, the ice foot introduces buoyancy stresses in the berg and when this is coupled with meltwater forcing its way down into major crevices and fissures, the possibility exists for catastrophic failure.

“Once flooded with meltwater, the berg may suddenly appear to ‘spread out’ as thousands of pieces calve and topple into the ocean,” he said.

NASA’s Exoplanet Exploration branch scans the universe for signs of habitable planets in distant solar systems. To this effect, NASA uses its […] 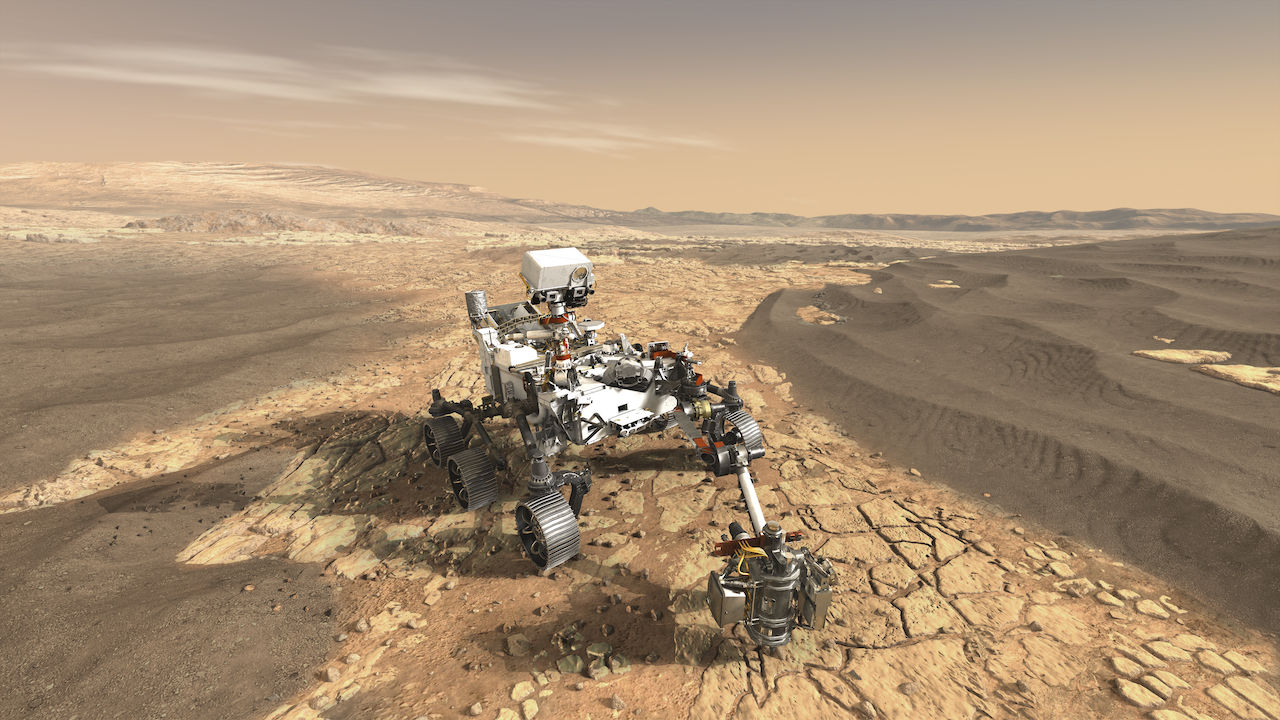 An artist’s conception of the Mars 2020 rover. Several of its instruments are costing more than expected. NASA/JPL-Caltech By Paul VoosenMar. 18, […]

Forecasters say troublesome winter weather will affect the northeastern United States for the second weekend in a row, and even though the […]