When the Covid-19 pandemic forced the closure of most U.S. schools last spring, students were thrown into new and unfamiliar ways of learning. Special education students and children learning English lost support that their schools struggled to provide online. Many students had no access to computers or internet and were completely cut off from their teachers.

The true toll these disruptions have taken on student learning won’t be known for months or years, but new reports from national education-testing organizations have begun to offer an early look at that impact.

The latest is a report from NWEA, formerly the Northwest Evaluation Association, which analyzed the results of tests given to nearly 4.4 million U.S. students in grades three through eight this fall and found that most fell short in math, scoring an average of 5 to 10 percentile points behind students who took the same test last year.

For more on this story, watch NBC’s “Today” show this morning.

While a majority of students did better than expected in reading — scoring at levels similar to typical nonpandemic years — this wasn’t true for Black and Hispanic students and those who attend high-poverty schools. Those groups of students saw slight declines, suggesting the pandemic has exacerbated long-standing educational disparities, possibly setting children who were already behind their white and more affluent peers even further behind.

“It’s a reason for concern and it’s a reason to really focus our attention on helping catch kids up,” said Megan Kuhfeld, an NWEA senior research scientist and the lead author of the study.

Kuhfeld and her colleagues analyzed scores from NWEA’s MAP Growth assessments, which thousands of U.S. schools give to students multiple times a year to track their progress in math and reading. They found evidence that pandemic-related school closures have robbed some vulnerable students of important skills that could hamper their progress unless their parents and teachers act quickly to help them catch up.

“They could fall further and further behind if they have holes in their learning,” Kuhfeld said, noting that, for example, it’s hard to learn to multiply fractions if you haven’t mastered adding and subtracting them.

But more worrisome than the findings themselves is the fact that they only capture part of the picture. The study was limited by the fact that a high number of students — 1 in 4 — who typically take the NWEA’s widely used MAP assessment in the fall didn’t take it this year.

Students might not have been tested because they couldn’t connect with their online classes on test day. They might have been absent from school because of illness or quarantines. They might attend schools that decided not to test at all this year, given the many new challenges schools face because of the pandemic. Or the students missing from NWEA’s data might not be in school at all.

Many districts across the country have reported significant drops in enrollment this fall, with one study estimating that 3 million of the nation’s most vulnerable children — those who are homeless, in foster care, have disabilities or are learning English — could be displaced from school.

That means that while NWEA researchers found some good news — student scores in both reading and math came in higher than NWEA predicted in an earlier report — it’s hard to know how significant that is.

It’s possible students are learning remotely better than had been feared, or that parents have been able to supplement their learning with extra lessons, Kuhfeld said. But another big factor is the students who didn’t take the test — and who would have been more likely to post lower scores.

“The students we’re most worried about are likely the ones who are missing,” Kuhfeld said.

NWEA’s findings echo the results of another national testing organization, Renaissance Learning, Inc., which reviewed scores from more than 3 million U.S. students in grades one through eight on another widely used school assessment called Star and found that reading scores were down slightly and math scores were down significantly compared to a typical year. Renaissance, which also noted a drop in the number of students who took its assessments this fall, similarly found that Black, Hispanic and Native American students, as well as rural students and those who attend schools that serve high-poverty populations, lost more ground than students with more advantages.

For many parents and teachers, this year’s scores were tough to see.

“It made me feel like I was failing as a parent,” said Angélica González, a mother of three from Seattle whose middle child, a third grader named Lolly, had always excelled in school until her classes went virtual last spring.

Lolly, who has attention deficit hyperactivity disorder, or ADHD, found sitting in front of a computer screen to attend classes so stressful, González said, that she was crying on a daily basis. González eventually gave Lolly permission to skip those remote classes, opting to teach her daughter herself instead. That was the best decision she could make for her daughter’s mental health, González said, but when the girl returned to school this fall, taking advantage of a program that let some students come into the school building for their online classes and to get help from school staff, Lolly’s MAP scores showed her reading skills had dropped back to where they’d been at the beginning of second grade last year. Her math scores, slightly below the national average, hadn’t budged since last winter.

González worries about the long-term consequences of the disruption, especially as the Catholic school Lolly attends on a scholarship recently responded to rising Covid-19 rates by ending the option to take classes from inside the school. Lolly was better able to focus on her online classes in a classroom with school staff on hand to help. Now, she’s back home again and is struggling as much with remote learning as she did in the spring, González said.

“I know children can catch up, but it’s going to take tutoring and resources and money, and we don’t even do that for kids who are struggling right now,” González said.

She herself had been homeless in her childhood and bounced around from school to school. She was eventually able to finish high school despite becoming a teen mom and went on to college. She recently graduated from law school and is working as a paralegal until she becomes a licensed attorney. But the gaps in her education have dogged her, she said.

“Even to this day, things are way more difficult because I didn’t have that foundation,” González said.

She recalled teachers treating her differently because she was behind her grade level and worries that could happen to Lolly.

He expected to see some lower-than-usual scores when his third grade math students took the MAP assessment this year, but he didn’t expect to see that so many of them were half a grade level behind.

“Those scores were a little scary,” he said.

He’s implemented interventions, revamping his lessons to include fun, dynamic demonstrations and competitive math games that teach third-grade concepts, along with a second-grade review, to both his in-classroom students and those who watch him on a livestream from their homes. But he worries about what could happen to his students if they don’t catch up before they take Texas’ high-stakes state STAAR exam in the spring. The exam can affect whether poor-performing students advance to the next grade, and scores are used to evaluate teachers and grade schools.

“The test is something that looms over their heads, and I really am concerned about how this is going to affect their confidence,” Culley said. “Once you have broken a child’s confidence, it’s difficult to get them to continue to push forward.” 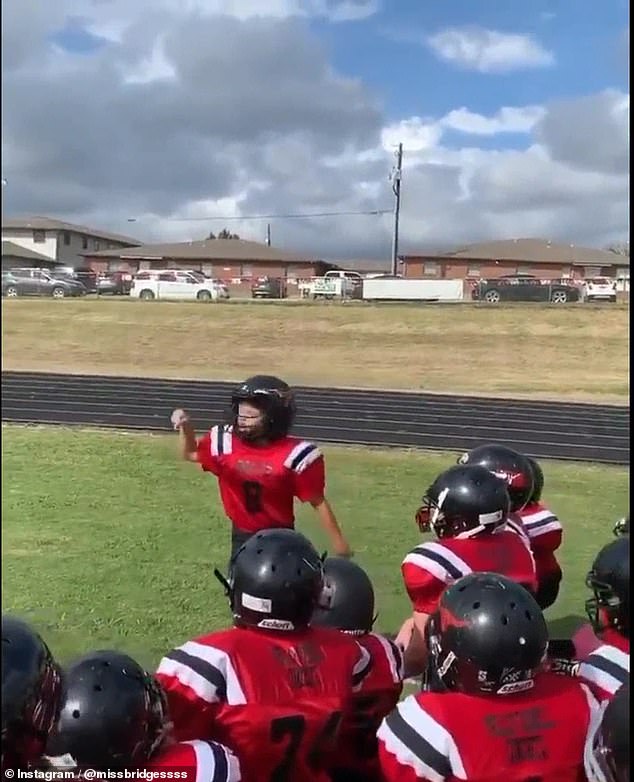 ‘Let’s show them what we got!’ Pint-sized football player gives a VERY inspirational speech to his Mavericks teammates leading them to victory […] 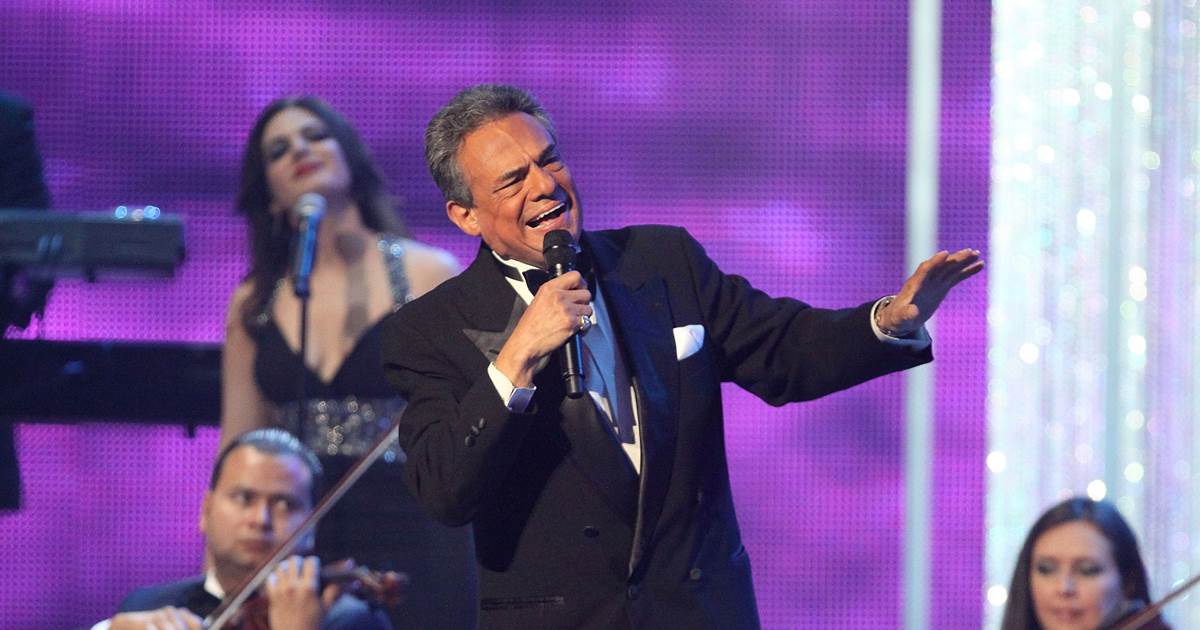 The iconic Mexican singer José José, known as “el príncipe de la canción” (the prince of the song), died on Saturday at […] 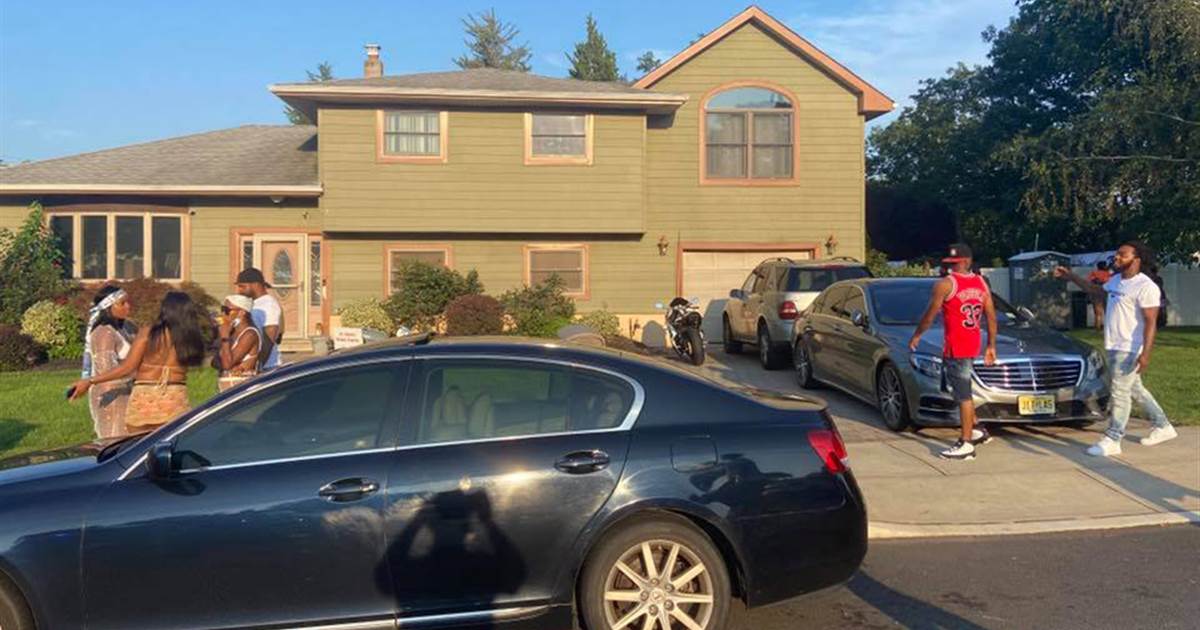