Four French police officers have been charged in connection with the beating of a black music producer a week after their allegedly unprovoked attack was exposed in a video that scandalised the country.

The footage showed police punching, kicking and using a truncheon on Michel Zecler, who alleged that they also racially abused him several times. Before the video came to light, the officers had accused Zecler, 41, of resisting arrest and attacking them.

The charges came shortly before the French government announced it would rewrite a contested clause in new security legislation that critics said could have prevented similar films and pictures coming to light.

Article 24 of the global security law has sparked angry protests from journalists, press freedom campaigners and human rights organisations. The government U-turn came after a crisis meeting with President Emmanuel Macron at the Élysée on Monday and is reported to have gone against the wishes of the hardline interior minister, Gérald Darmanin, who supported the legislation.

Three of the officers have been mis en examen – the nearest thing to being formally charged in France – with “deliberate violence by a person in public authority, in a group and with an arm”, and with “falsifying statements”. The fourth officer, who fired a teargas canister, has been accused of “deliberate violence”.

Two of the officers – a 44-year-old brigadier with 19 years of reportedly exemplary service and a 23-year-old – are being held in custody, while two have been given conditional release.

At a press conference on Sunday, the Paris public prosecutor, Rémy Heitz, said the three officers seen in the video said they had “panicked” but admitted “their blows were not justified and they had mainly acted out of fear”.

“They have denied any racist insults,” Heitz added. He suggested three of the officers should remain in custody “to avoid the perpetrators communicating or pressure on witnesses”.

The officers said they had approached Zecler because he was not wearing a mask and because there was a strong smell of cannabis coming from his bag. After searching the bag, police found only 0.5g of cannabis, Heitz said.

The case has again raised fears that a new law that French MPs approved last week restricting the right to publish or broadcast images of police and gendarmes on duty in certain circumstances will be used to cover up alleged wrongdoing.

Critics of article 24 of the global security law, which is awaiting approval from the senate, say the video of the Zecler attack could not have been made public under the legislation. The government says it would criminalise the publication of such images only with “intent to harm the physical or psychological wellbeing” of the officers.

The prime minister, Jean Castex, had originally promised an independent commission would look at article 24 with a view to rewriting it. Zecler, who was held in custody for 48 hours, said without the film “I would be in prison now”.

On Monday, the former interior minister Christophe Castaner, the president of the governing centrist party LREM in the Assemblée Nationale, told media the rewriting of article 24 would be carried out by LREM and two of its coalition parties, the centrist MoDem and centre-right Agir.

Article 24 had been drawn up, he said, to “better protect the forces of law and order … and to completely preserve the freedom of the press and the freedom to inform … essential pillars of our democracy.”

Castaner added; “It seems necessary to clarify the legal position … we are going to propose a completely new version of the article. The legal choice that we made has created a worry, if not a conviction among the population, that the right to information is threatened. The balance that we were looking for has not been unanimously accepted … by journalists, by the French and even at the heart of our governing party.”

The former minister insisted that while “article 24 would have in no way prevented the broadcast of the images we have seen in the last few days” the perception of the legislation meant “too many questions remain”.

On Saturday, a protest against the law in central Paris degenerated into violence with vehicles and a brasserie torched, banks, shop and offices vandalised and paving stones and fireworks aimed at security forces who responded with teargas and anti-riot tactics.

Among those hurt was the Syrian photojournalist Ameer Alhalbi, who has worked for Agence France-Press (AFP) and who was unable to get to hospital for several hours. Alhalbi, 24, said he was reminded of being in the Syrian civil war. “It was Aleppo that came back to me,” he said.

Phil Chetwynd, AFP’s global news director, demanded that police investigate the incident. “We are shocked by the injuries suffered by our colleague Ameer Alhalbi and condemn the unprovoked violence,” Chetwynd said.

Police reported that 81 people were arrested, Darmanin said 98 police officers were hurt. “Those behind the violence will be pursued,” he said.

The attack on Zecler was the third incident involving alleged police violence caught on film last week. While dismantling a makeshift migrant camp in central Paris last Monday, one officer was filmed deliberately tripping up a fleeing migrant and another is accused of targeting a French journalist three times. The police force’s own disciplinary unit is investigating these incidents.

A critical report into the arrest of a young black man in 2017 who suffered lifelong injuries after being allegedly sodomised with a police baton was also released last week. Le Monde described the report into the arrest of Théodore Luhaka as an “implacable demonstration of a string of police failures”. The police officers involved avoided disciplinary action but could now face a criminal trial.

In September, a French journalist who infiltrated a Paris police station described a culture of racism and violence in which officers acted with impunity.

The three-floor residence has a rooftop garden, private pool, jacuzzi and 600-bottle wine cellar – AFP British billionaire and inventor of the […]

12.21am GMT00:21 Hello and welcome to our live coverage of the coronavirus pandemic, with me, Alison Rourke. There are concerns in the […] 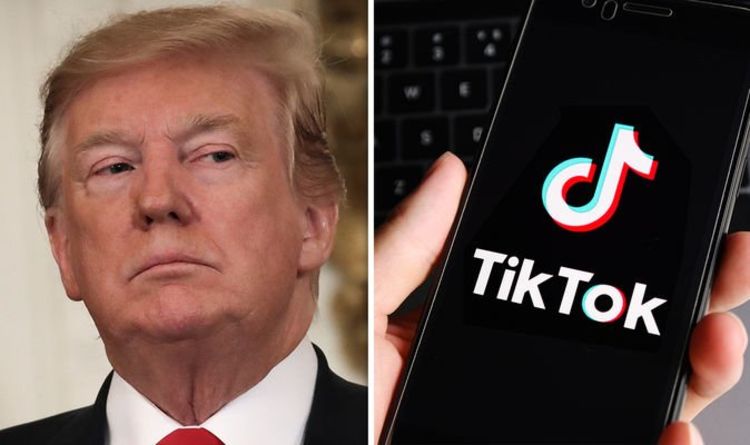 An executive order issued by the president bans transactions with ByteDance, the company which owns TikTok, from mid-September. More than 80 million Americans […]