What a third round draw for the non-league side as they will host none other than Jose Mourinho’s Tottenham.

At the minute with the area in tier two they would be able to welcome some fans back as well.

The other headline is probably that Chorley welcome Wayne Rooney’s struggling Derby side.

We can’t hear Robbie Savage and the BBC apologise for sound problems but we are now getting it started.

We were told the draw would take place at about 7.10pm so we should be set to start any time soon.

Mark Chapman is currently speaking to Jermaine Beckford about his winner all then years ago for Leeds against Manchester United.

We’re now running through the non-league sides still left in the competition.

Non-League sides will get £82,000 for reaching the third round and from here on the numbers accelerate.

The eventual winners will pocket a cool 1.8million.

The big story int he FA Cup second round was the win for Marine who shocked Havant & Waterlooville with a 120th minute winner.

They will be hoping for a glamour game in the third round as a result.

The other big surprises were National League North side Chorley beating Peterborough and Stevenage dumping League One leaders Hull City out of the competition.

The magic of the FA Cup springs to mind.

We had a bit of fun earlier on Express Sport and ran our own version of the FA Cup third draw which threw out quite the tie.

Non-League outfit Marine got a dream trip to Anfield to take on Premier League champions Liverpool.

Holders Arsenal came out against Norwich while Manchester United were handed a home tie against Morecambe.

You can view the full simulation below.

Welcome to the FA Cup third round draw

Welcome to our coverage of the FA Cup third round draw which sees the Premier League sides enter the competition for the first time.

Holders Arsenal will be looking for their 15th success in the competition.

The likes of Manchester United, Chelsea and Liverpool will all want to lift the trophy at the end of the season though.

We’re expecting proceedings to get underway at around 7.10pm. 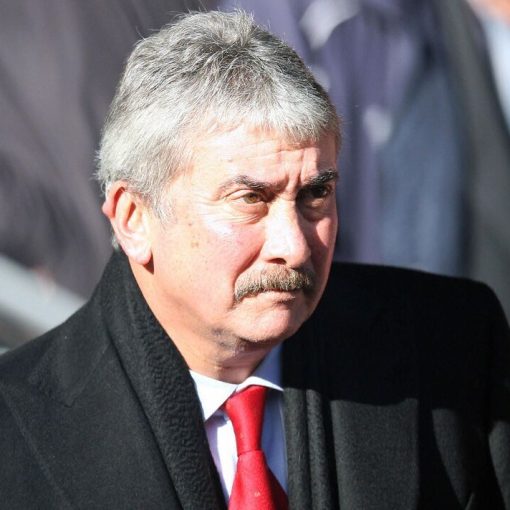 Former Liverpool owner and chairman David Moores has died at the age of 76, just weeks after the passing of his wife, […]

Jana Novotna, who has died of cancer at 49, will forever be remembered for a moment of tears in defeat on Centre […]