Donald Trump, in a rambling interview Sunday morning, accused his FBI and Department of Justices of conspiring to ‘rig’ the election for Joe Biden.

‘This is total fraud and how – the FBI and Department of Justice, I don’t know, maybe they’re involved – but how people are allowed to get away from this with this stuff is unbelievable,’ Trump told Fox News’ Maria Bartiromo in his first interview since Election Day.

‘This election was rigged,’ he told the ‘Sunday Morning Futures’ host.

Trump went off on the election results in the more than 45-minute interview where most of his answers spanned several minutes and repeated claims he has already made over the past weeks on Twitter.

The president claimed without any evidence during the interview that even ‘most Democrats’ believe ‘election fraud’ led to Biden’s win.

He also said the U.S. will never have another Republican president, senator or representative elected if they allow Democrats to get away with ‘stealing’ the election for Biden. Trump suggested that Democrats now know how to ‘cheat’ the system effectively and will have their candidates win from now on.

‘If Republicans allow it to happen, you’ll never have another Republican elected in the history of this country, at a Senate level or at a presidential level… or at a House level,’ Trump said, referencing the GOP accepting the election results.

‘Mail-in voting is a total disaster,’ he added, insisting this medium was the way Democrats were able to ‘rig’ the election.

Donald Trump engaged in his first interview since Election Day on Sunday, claiming even Democrats think he won 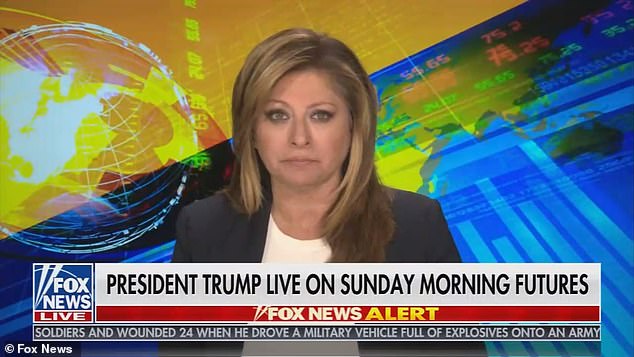 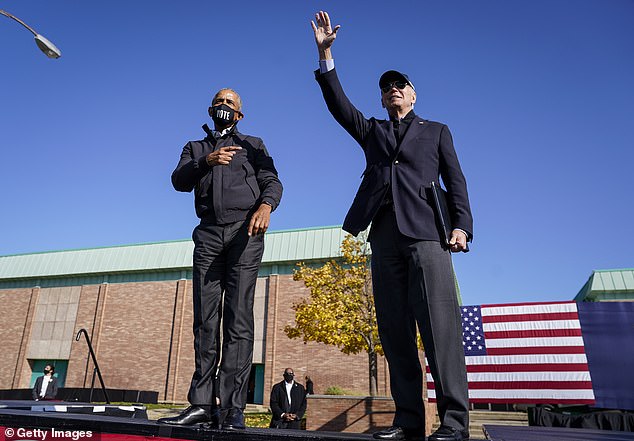 Trump also insisted that he can prove the voting machines were used by Democrats to fraudulently win the election for Biden – but he did not yet offer any solid evidence.

Trump blamed the media for portraying his lawsuits and case against the election results as voice of any evidence.

‘We don’t have freedom of the press in this country. We have suppression of press,’ Trump said. You can’t have a scandal if no one reports about it.’

He also told the Fox News host that she is ‘brave’ for interviewing him and talking about election fraud on her shows.

Trump finally broke his media silence by joining Bartiromo for his first interview since losing to Joe Biden – 26 days after the election. He called into the Sunday morning show from Camp David, where he spent the weekend after Thanksgiving.

Trump has still not conceded to Biden, despite several swing states certifying the election for the former vice president.

Biden passed 80 million votes last week as states continue to count ballots as a record number of people voted by mail in the midst of the coronavirus pandemic.

‘We won the election easily,’ Trump countered in his interview with Bartiromo. ‘There’s no way Biden got 80 million votes.’

He added his skepticism that black communities turned out more for Biden than the first black president.

This means that more than 20 million more people voted for Biden than Obama.

‘This is disgusting. And we cannot allow America’s election to be corrupted,’ Bartiromo agreed with the president.

One close adviser explained to the Washington Post that Trump was like ‘Mad King George’ going around the White House ‘muttering, ‘I won. I won. I won.’

The adviser added that the president’s aides are ‘happy to scratch his itch.’

Since November 3, the country has barely heard from the president and he has only emerged from the White House a handful of times – mostly to travel across the line from Washington D.C. to Sterling, Virginia for a round of golf at his club there.

The last interview Trump participated in was with a local Milwaukee radio station on Election Day. Since then, he has made a few public appearances for short remarks, whether it be on the coronavirus vaccine or soaring stock market, but has barely taken questions from the press or directly addressed the election results.

On Thursday – Thanksgiving Day – Trump took his first question from a reporter since the election, indicating for the first time directly that he would vacate office if the Electoral College ultimately votes for Biden.

He made sure to clarify that he is still not conceding that Biden did win as the president continues to launch legal battles in key swing states that went blue this year.

‘Certainly I will, and you know that,’ Trump said when asked about leaving the White House if Biden is declared the winner on December 14.

‘It’s going to be a very hard thing to concede because we know there was massive fraud,’ Trump said. ‘As to whether or not we can get this apparatus moving quickly — because time isn’t on our side, everything else is on our side, facts are on our side, this was a massive fraud.’

While he has been quiet in public on the election, Trump has been very vocal on Twitter.

Almost daily he tweets that he is the true winner and alleges there was massive fraud, rigging and cheating by Democrats to ‘steal’ the election for Biden.

Trump has spoken publicly about eight times since election, only appearing publicly for official business like laying a wreath at Arlington National Cemetery for Veterans Day, making remarks at the virtual G20 Summit and addressing the nation about the coronavirus pandemic and his administration’s continued response.

He also left reporters stunned last Tuesday by calling a press conference on the Stock Market reaching record-high levels and then speaking for less than a minute before leaving the White House briefing room without taking any questions. 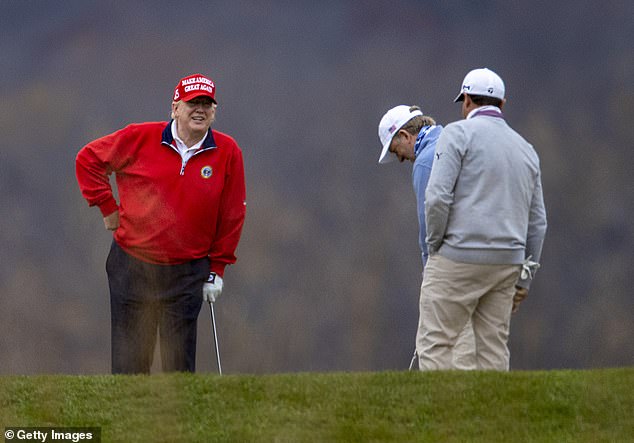 Trump has barely emerged from the White House since his election loss, but has spent a good amount of time golfing at his club in Sterling, Virginia. He’s pictured here at his club for a round of golf on Friday

Trump often joins Maria Bartiromo, one of his favorite media figures throughout his presidency, for call-in interviews, where he can be heard but not seen.

Biden has already begun announcing members of his Cabinet as he prepares to take office on January 20. The General Services Administration also finally ascertained the election for Biden last week, meaning he can now start receiving daily intelligence briefings and communicate with the coronavirus task force.

The president, however, said last week that Biden has to ‘prove’ he earned all of his votes legally before he can take office.

‘Biden can only enter the White House as President if he can prove that his ridiculous ‘80,000,000 votes’ were not fraudulently or illegally obtained,’ the president posted to Twitter Friday. ‘When you see what happened in Detroit, Atlanta, Philadelphia & Milwaukee, massive voter fraud, he’s got a big unsolvable problem!’

Trump’s tweets claiming fraud and insisting he won the election have been flagged by Twitter. 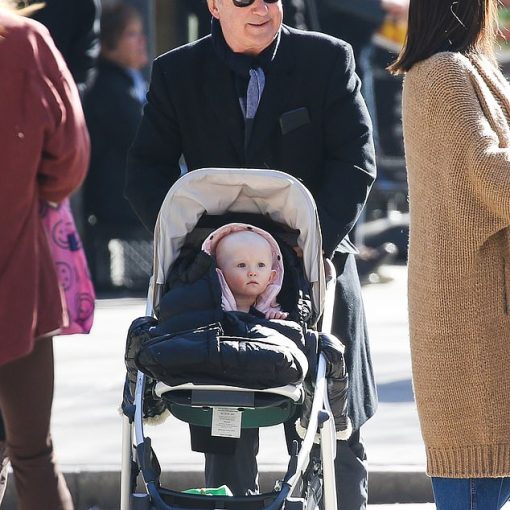 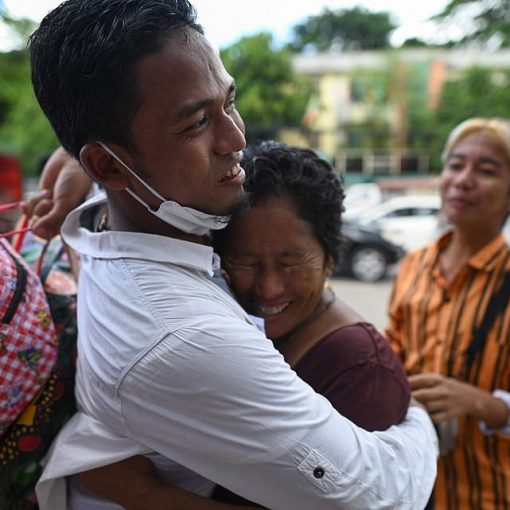 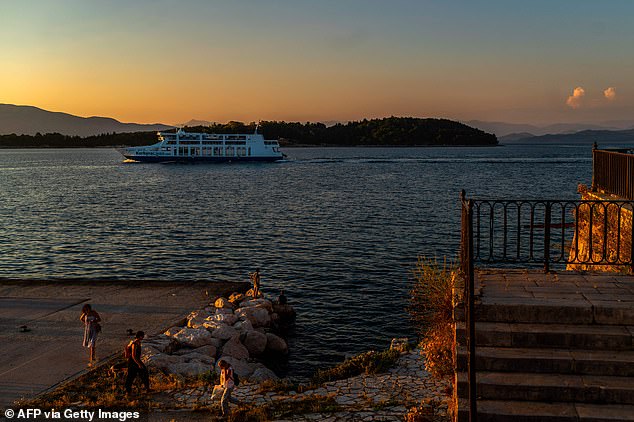 British tourist, 46, falls to his death from third floor hotel balcony in Corfu in suspected suicide: Medics ‘will examine side-effects of […] 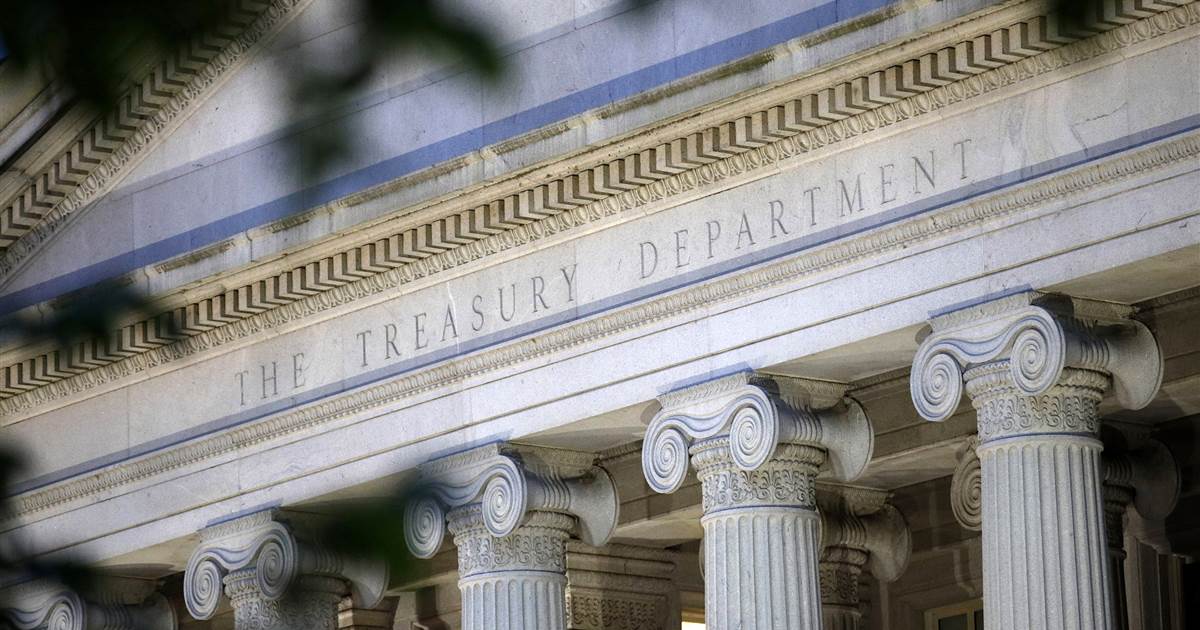 WASHINGTON — Even in the best of times, paying the bills was a monthly struggle for Susi, a 70-year-old great-grandmother in Oklahoma. […]