It was just a little over a month ago that President Donald J. Trump declared in the final presidential debate that New York City was a “ghost town,” that it was “dying” and that “everyone is leaving.”

His statement — and the sentiment it reflects — provoked a social media storm of urban jingoism, rippling out in an even more visible, if unexpected, place: the holiday windows of our remaining department stores, those cornucopias of animated elves and festive candy canes dangling abundance like a promise.

Once upon a time vehicles for entertainment, they suddenly resemble nothing so much as statements of belief. They are a “light,” said Tony Spring, the chief executive of Bloomingdale’s, at “the end of a very difficult year.”

Linda Fargo, Bergdorf Goodman’s fashion director (and its former head of windows), agreed. “We believed it was more important than ever to stay our course this year,” she said.

In this, there are parallels with the holiday seasons after both 9/11 and the Great Recession of 2008, when dire predictions of New York’s demise filled the air, said Marc Metrick, the chief executive of Saks Fifth Avenue.

The windows are reminders, he said, “of the greatness of this city,” hence Saks’s decision to focus deliberately on New York-specific scenarios. The idea that Christmas windows could be canceled was never a possibility, he said.

You think it’s over? You think department stores are dead? You think this town is on its way out? Check the displays.

Though early on all the keepers of the window flame realized they would have to pivot to a different kind of experience. The Bergdorf windows, for example, are both bolder and simpler than any they have featured before, designed to be “read” even from across the street.

A Window to a Crisis

Store windows first became a thing at the end of the 18th century, when glass manufacturers figured out how to make single panes large enough to provide a vista into a store, and a tailor named Francis Place used one in his establishment on Charing Cross. By the mid-1800s, mannequins had emerged to transform what was inside — and inspire the new art form of “window dressing.”

This art form was immortalized in Emile Zola’s 1883 ode to the department store, “The Ladies’ Paradise,” and L. Frank Baum’s “The Art of Decorating Dry Goods Windows and Interiors,” published in 1900. (Yes, the Wizard of Oz was a window dresser! Gives new meaning to that whole “man-behind-the-curtain” thing, doesn’t it?) Not to mention the 1947 film “Miracle on 34th Street.” Indeed, it was Macy’s that brought the holiday window to New York in 1874, when R.H. Macy used dolls to create scenes from Harriet Beecher Stowe’s “Uncle Tom’s Cabin.”

If you think calling a shop window an art form is hyperbole, consider the fact that some of the names that have dabbled in the discipline include Salvador Dalí, Jasper Johns, Robert Rauschenberg, James Rosenquist and Andy Warhol.

The first time Simon Doonan came to New York City, he rushed straight from J.F.K. airport to Fifth Avenue to see the department store holiday windows. It was the 1970s, and they were a font of endless, glorious inspiration for a boy from Reading, England, in all their animated-elf and candy-cane-festooned glory.

“The visual enticement was extraordinary,” said Mr. Doonan, who grew up to spend decades as the maestro of the famous windows at Barneys New York and who is currently a judge on “Making It,” the craft competition show. “New York was the capital of window display.”

And from late November through New Year’s, the stretch of Fifth Avenue from 59th to 40th Streets, Bergdorf Goodman and Tiffany to Henri Bendel, Saks Fifth Avenue and Lord & Taylor, was its beating heart: The front lines of an annual communal ritual that began every year around Thanksgiving time, as families bundled up and gathered en masse behind velvet ropes to marvel at the panoply of animated goodies arrayed before them, eye candy of the most delectable kind.

For as long as I can remember, I was one of them: a child with her nose pressed against the glass, clutching my mother’s hand with my mitten. Later I became that mother, toting my own children, wind-burned cheek to wind-burned cheek. We stared in somewhat stupefied awe at toy trains chugging around sugar-snow-dusted mini-Swiss Alps under flying Santa sleighs and traded longings.

Yet Mr. Doonan moved on from windows in 2011. Barneys itself declared bankruptcy last year (was it only last year? it seems like another world) and is no more. Neither is Lord & Taylor nor Henri Bendel — all wiped from the map of New York. The new Neiman Marcus at Hudson Yards, opened only in 2019, has closed.

The department stores that are left, already weakened pre-pandemic by the rise of e-tail and the monobrand shop, are famously struggling after months of forced closure and city-mandated shopping restrictions, not to mention cowering behind plywood during protests.

Midtown is largely empty, the towering office buildings no longer spilling forth hordes of potential viewers primed for distraction on a lunch break or cocktail hour. Social distancing rules mean only a few individuals can linger outside any one space at any given time.

Not that there are that many individuals to do it anyway: The holiday tourists who used to flood to New York at Thanksgiving or before Christmas to take in a show, see the Rockettes or simply stroll the avenues, have been reduced to a moderate eddy.

So you can understand how this all could have gone very differently.

What You Would See if You Were Here

As George Berkeley, the 18th-century philosopher of immaterialism, might have asked: What are windows without window shoppers to see them?

Most stores have canceled their famous celebrity-hosted unveiling festivities, which in the past shut down avenues as throngs gathered to ogle, or have transformed them into virtual events. But the windows persist.

“We knew this event would be the antithesis of what we used to do, which was very dense and crowded,” said Mr. Metrick of Saks. Past unveilings involved hundreds of people and bleachers on Fifth Avenue.

Last week, Bergdorf Goodman kicked things off with nine color-blocked vitrines, each celebrating a “core value” such as “love,” “harmony,” “equality” and so on, rendered in towering three dimensional letters and backed by fractured mirror, so they gleam like giant faceted jewels. Macy’s celebrated essential workers with gleaming Thank You-themed vistas of cheer.

On Monday, Saks Fifth Avenue unveiled their efforts: six vignettes in the six vitrines facing Fifth Avenue depicting “How we celebrate now,” including houses strung with holiday lights and other decorations in Dyker Heights; a family coming home with presents on the Roosevelt Island tram; a food truck parked outside an apartment building for a Covid-safe dinner party. Also a light show created with 600,000 bulbs on the entire facade that can be seen from not only in front of the store but up and down the avenue. (Alex Rodriguez flipped the switch.)

Further east, at Bloomingdale’s, another half-dozen windows are aglow, each bathed in its own primary color linked to emotion and illustration — “Give a Smile,” with a giant yellow smiley face and a hillock of gold disco balls; “Give Snuggles,” with a wreath made of evergreen plush teddy bears — all unveiled in conjunction with a virtual benefit featuring performances from American Ballet Theater and the singer Andra Day.

And as for Nordstrom — the biggest department store to land in New York in recent times — on Friday it will reveal 253,000 feet, or nearly 50 miles, of twinkling red and white lights covering its waveform facade (it doesn’t actually have classic windows).

Compared to recent extravaganzas, such as the Swarovski-studded “Greatest Showman” circus in 2017 at Bloomingdale’s, the macaron-and-creme-crammed fantasia of Bergdorf’s 2018 “Bergdorf Goodies” or the live performance by Idina Menzel that brought Fifth Avenue to a halt outside Saks last year, they are positively restrained: trading come-hither detail for socially distanced impact, as Mr. Spring of Bloomingdale’s said, in order to keep passers-by from “dwelling” in front of the displays.

And instead of talking about “art,” the executives talked about “responsibility” and “gifts to the city” and “community.”

And now they are also a sort of metropolitan throw-down, in tinsel and gilt. 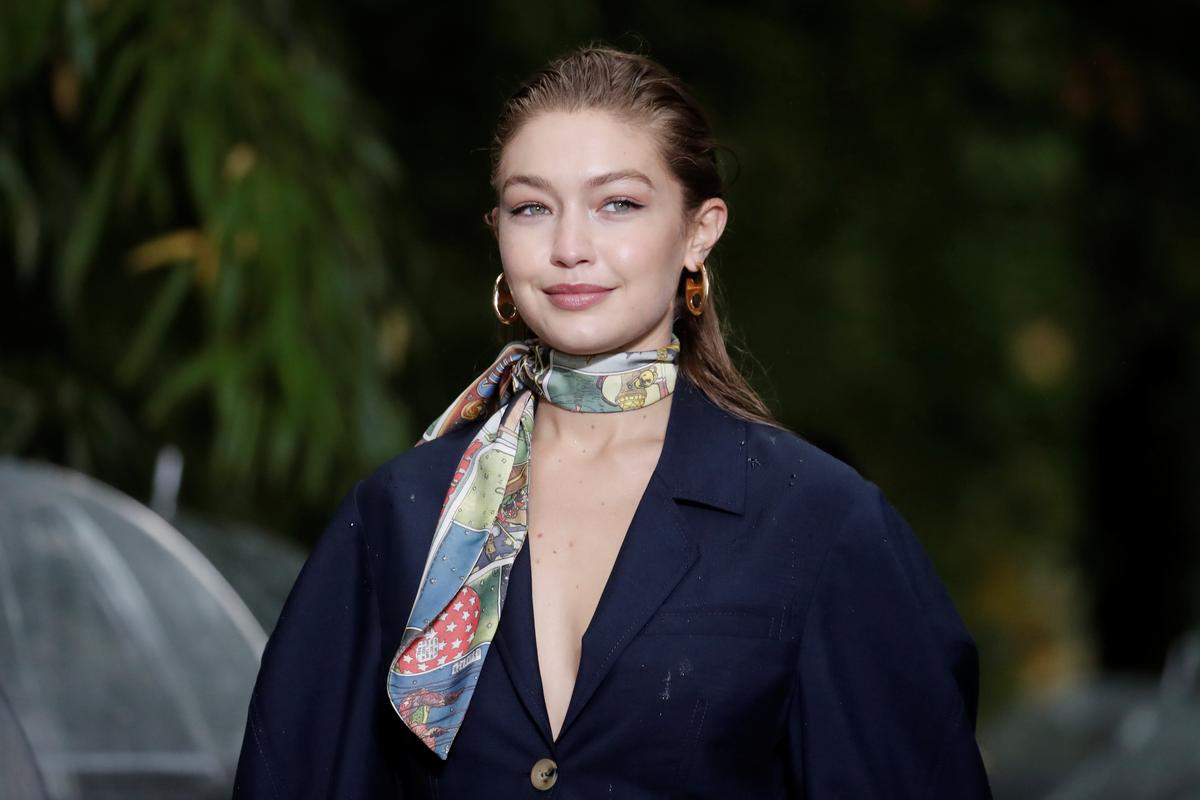 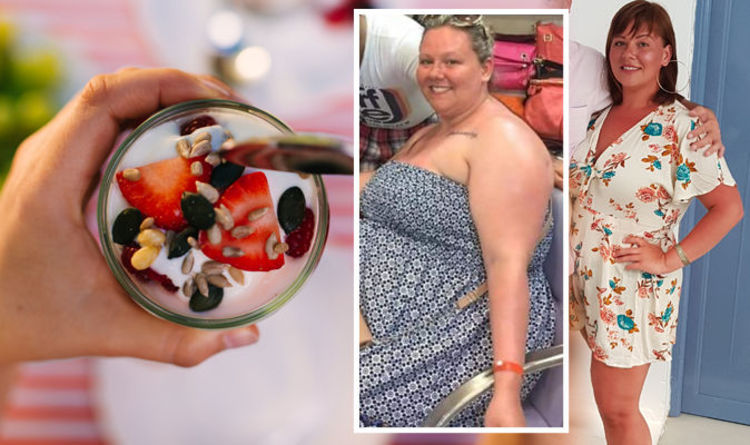 Kicking off a weight loss journey can be hard, but for those who are obese, it can be vital to their health […] 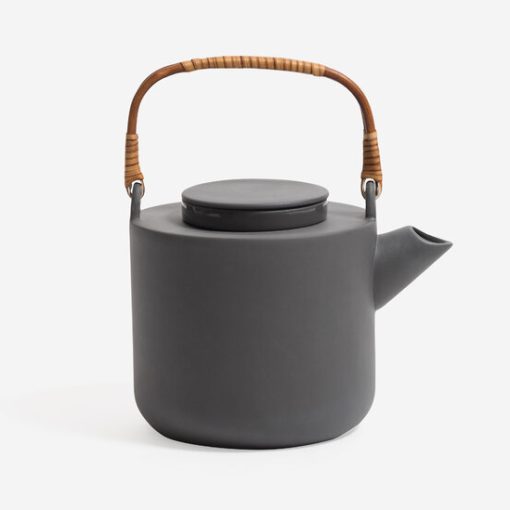