Republicans also lost another election case. The Pennsylvania Supreme Court dismissed a lawsuit Saturday night from US Rep. Mike Kelly and other Republicans, who had tried to invalidate absentee voting and block the certification of votes in recent weeks.
The dismissal adds to a growing number of losses in court for Republicans and supporters of Trump. The lawsuits have failed almost uniformly.
A new push is underway at the White House. With the election reality setting in, Republicans and aides to Trump are encouraging him to at least consider attending Biden’s swearing-in.
Biden is rapidly building out his Cabinet. All of the Cabinet positions will require Senate confirmation, but here’s who he’s selected so far.
SCOTUS to hear Census case tomorrow. The Supreme Court will hear oral arguments concerning the Trump administration’s effort to exclude undocumented immigrants from being counted when congressional seats are re-allocated among the 50 states next year.
Still no progress on stimulus. GOP Sen. Roy Blunt of Missouri told CNN’s Dana Bash that the lack of a new coronavirus relief bill amounts to a “huge failure.”

The pressure will be on when lawmakers return to Washington this week — but they also have to move quickly to pass a spending package to avert a partial government shutdown by December 11, which could once again distract from the need for Covid-19 relief.

The fate of the Senate majority lies in Georgia, where a pair of January 5 runoff elections will determine which political party controls the United States Senate.

If either of the incumbent Republicans, Kelly Loeffler and David Perdue, hold onto their seats, the party will maintain its majority control in the chamber.

If Democratic challengers Jon Ossoff and Rev. Raphael Warnock both prevail, however, Democrats would gain control of the Senate thanks to Vice President-elect Kamala Harris’ tie-breaking vote.
Trump is getting in the fight. He said Thursday he will travel to the state to support the Republican candidates. “Speaking of Georgia, I’ll be going there,” the President told reporters after his Thanksgiving video teleconference call with US service members.

“Maybe I’ll go twice,” Trump said at one point, noting that he’d love to do it in a stadium, “But you can’t, because of Covid.”

Ossoff says government ‘paralysis’ is at stake. The Democrat warned this morning that if Republicans hold onto the chamber next year, Majority Leader Mitch McConnell would cause “paralysis” at a time of crisis when the government needs to act to help struggling Americans combat the economic impact of the coronavirus.
RNC focuses on voter-turnout. At a Saturday campaign stop in Marietta, Georgia, Republican National Committee Chair Ronna McDaniel attempted to persuade Republicans to vote in the Georgia Senate runoff elections, even as voters expressed ambivalence about expanding “money and work when it’s already decided.”

The warnings pouring in from health experts could not be more urgent.
The US is “rounding the corner into a calamity,” Dr. Leana Wen, an emergency medicine physician, told CNN.
“This is like a natural disaster occurring in all 50 states at the same time,” said Dr. Megan Ranney, a CNN medical analyst.
“We have to understand we’re in a very dangerous place. People have to stop swapping air,” said Michael Osterholm, the director of the Center for Infectious Disease Research and Policy at the University of Minnesota.
A record-breaking 91,635 Covid-19 patients were hospitalized on Saturday, according to the Covid Tracking Project. And a surge of new infections could overwhelm hospitals already stretched to capacity.
If you traveled for Thanksgiving, get tested. That’s the message from Assistant Secretary for Health Adm. Brett Giroir, who told CNN’s Dana Bash on “State of The Union” this morning it’s vital that Americans do “the common sense things” in the weeks ahead.

“Make really sure you adhere 100% to mask wearing to avoid crowds because you could inadvertently have gotten Covid and spread it, so just be careful during the week after your travel because you are at increased risk,” he said.

“Just remember you’ve had an increased risk of being exposed, so you should decrease unnecessary activities for about a week, and if you can get tested in three or five days that’s also a very good idea.”

Vaccines are being distributed. The Federal Aviation Administration says it has supported “the first mass air shipment” of a Covid-19 vaccine. But remember, no vaccine has been approved yet.

Pfizer has applied to the FDA for emergency use authorization for its vaccine and biotech company Moderna is expected to do so soon.

Trump claimed coronavirus would disappear after the election. It obviously hasn’t. In fact, a new Monmouth University poll finds that 27% of Americans say that the pandemic is the biggest issue facing Biden over the next four years.

As CNN’s Harry Enten notes: The ongoing pandemic means that Biden will have a tough job ahead of him as he begins his presidency in less than two months. Biden’s difficult task isn’t just about the coronavirus cases, but about everything that is connected to it, including the economy and the mental health of Americans.

QAnon is making the pandemic worse for at-risk kids

As we’ve talked about in this newsletter before, child welfare organizations have felt the full weight of the pandemic as they navigate concerns about unreported abuse and work to ensure their resources are available.
But now, deeper into the outbreak, a new challenge is emerging that’s complicating their critical outreach efforts: the QAnon conspiracy theory.

Remember: The most basic QAnon belief — entirely divorced from reality — casts Trump as the hero in a fight against the “deep state” and a sinister cabal of Democratic politicians and celebrities who abuse children. It features an anonymous government insider called “Q” who purportedly shares secret information about that fight via cryptic online posts.

And it’s the behavior of those who follow the conspiracy theory — their supposed efforts to help abused children — that’s putting an increasing strain on the resources of actual child welfare groups.

The problem has become so severe that one such organization, Childhelp, says it had to set up an auto-response message on its crisis hotline to filter out QAnon callers after their name appeared in a QAnon meme.

“If you have a hotline counselor who is taking time to speak to someone discussing a debunked conspiracy theory, there may be a child holding on the next line,” Daphne Young, chief communications officer for Childhelp, told CNN. 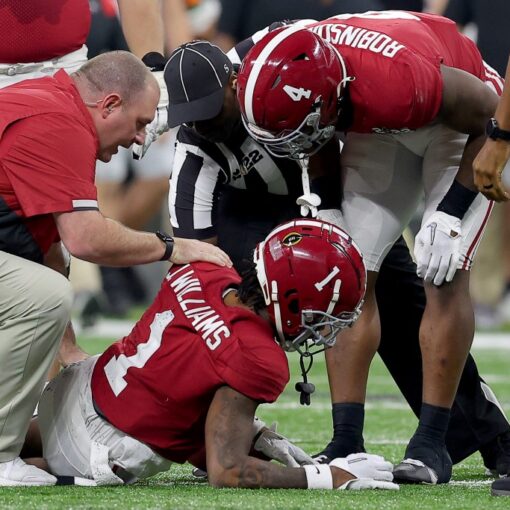 Over a month ago, Alabama lost John Metchie III to a torn ACL.  Monday night, Jameson Williams was sidelined by another knee […] 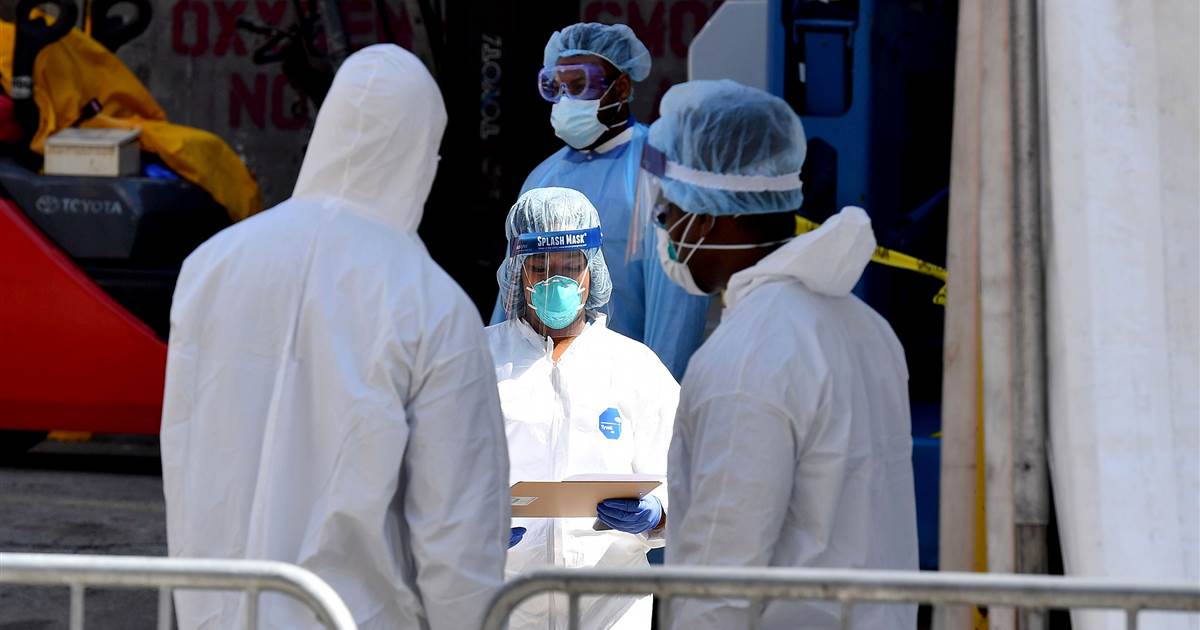 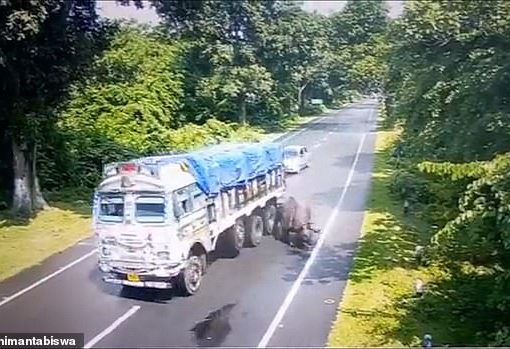 The rhino in need of a zebra crossing! Giant beast is left in a spin and unsteady on its feet after charging […] 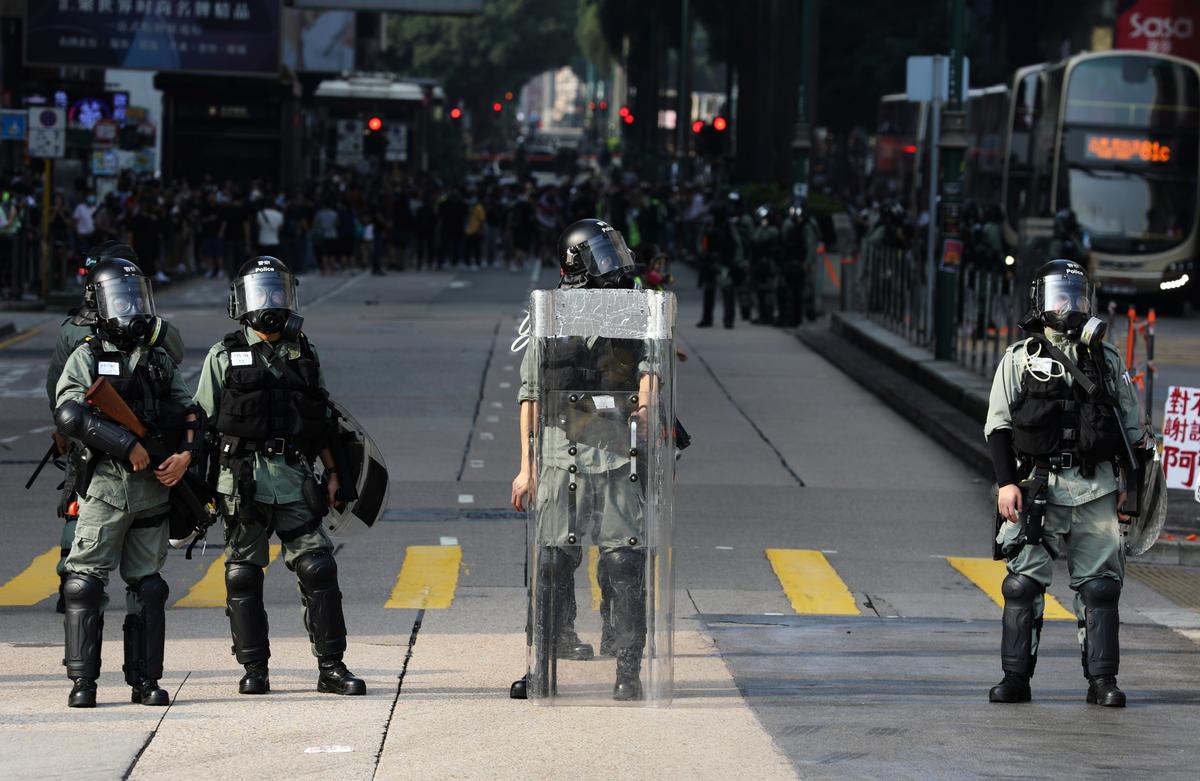 HONG KONG (Reuters) – As anti-government protests simmer in Hong Kong, some demonstrators are increasingly focusing their anger on mainland Chinese in […]