The president-elect has criticised Donald Trump’s policies towards Beijing and previously referred to China’s President Xi Jinping as a “thug”. David Li Daokui, a professor at Tsinghua University and a former adviser to China’s central bank, warned that Mr Biden’s possible sanctions on certain Chinese industries could be a great risk to the country’s economy.

Speaking to a forum at Renmin University in Beijing, Mr Li also added economic planners should not dismiss the idea that President Donald Trump could return to the White House in 2024.

He explained how Mr Biden could continue the Trump administration’s tough approach on China.

According to the South China Morning Post, Mr Li said: “If you ask me what are the risks facing Chinese economy next year … Number one, will Biden introduce restrictive policies that are precisely targeted at certain China’s industries?

“That remains a question mark.”

It comes after China’s president Xi Jinping publicly congratulated Mr Biden on his victory, weeks after he was called as the election winner by all major US networks.

Mr Xi’s move leaves just Russia’s Vladimir Putin and a few other world leaders who are yet to acknowledge Mr Biden’s win.

A statement from the Chinese embassy in Washington said: “Xi said he hopes that the two sides will uphold the spirit of non-conflict, non-confrontation, mutual respect and win-win co-operation.”

It added that Mr Xi hoped the two nations would “focus on co-operation, manage differences, advance the healthy and stable development of China-US ties, and join hands with other countries and the international community to promote the noble cause of world peace and development”.

“Next year, China’s foreign policy, certain industries and certain companies are likely to face some risks.”

He also added how China and the US are likely to face a hard period at the start of Mr Biden’s term in office.

He said: “It is of course much easier to communicate with Biden’s team than with Trump’s team because we are familiar with members of the team … we know each other very well.”

But he warned that Beijing should prepare itself for President Trump’s election return in 2024.

He added: “This is a huge unknown, we must take [a Trump comeback] into consideration when discussing the 14th five-year-plan [which runs until 2025] and the Chinese macro economy.”

President Trump is yet to concede the US election and is reportedly considering plans to announce his re-run for the 2024 election.

Electors in the US are set to meet on December 14 to formalise the election results.

President-elect Biden is due to be inaugurated on January 20 next year. 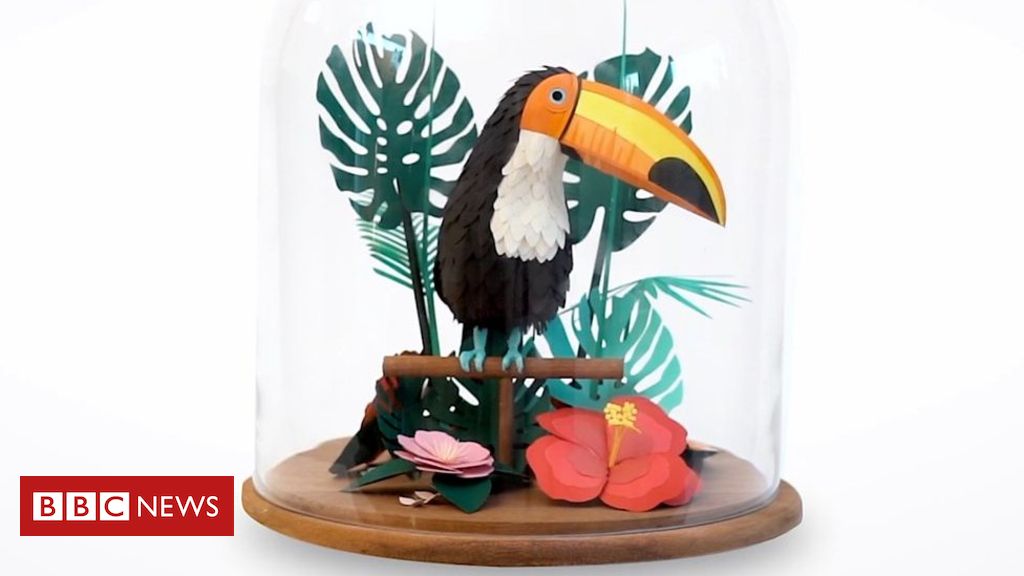 Lisa Lloyd has become an international success with her paper designs. They’ve been featured on the front covers of magazines and have […] The Google logo is pictured at the entrance to the Google offices in London, Britain January 18, 2019. REUTERS/Hannah McKay Register now […] Firefighters are trying to contain the fire at the refugee camp, home to an estimated 13,000 people, more than six times its […]