(Bloomberg Opinion) — China has all but met President Xi Jinping’s pledge to eradicate extreme poverty by 2020. More than 800 counties considered severely impoverished just under a decade ago have now cleared a government-defined line of 4,000 yuan, or roughly $600, in annual per-capita income. The last nine, in the province of Guizhou in China’s southwest, were removed from the list this past week.

The sheer scale of China’s overall achievements when it comes to poverty alleviation is remarkable. More than 850 million people have been lifted out of extreme penury in under four decades. Almost 90% of the population was below the international poverty threshold in 1981, according to the World Bank; by the 2019, that was under 1%. It’s true the world as a whole has seen a dramatic improvement in poverty rates, but more than three-quarters of that is due to China. And the amelioration to individuals’ lives under the latest campaign — which involved tracking down remote villages and the very poorest families, one by one — are real and visible.

The milestone, a year before the Communist Party’s 100-year anniversary, is a huge propaganda win. It delivers a timely boost for Xi, who made this a very personal campaign, and likely will eventually officially mark the achievement with fanfare. It’s a morally laudable, and very public, demonstration of what government machinery can achieve with its unique ability to mobilize resources.

It isn’t, though, the categorical success that Beijing officials, and Xi himself, will portray when it is officially celebrated. It’s as much about semantics as it is about reality on the ground. Extreme poverty is officially gone and millions of villagers have been moved off mountaintops, but many more continue to live with significant privation. The uneducated and elderly will struggle to move up further, and there’s plenty of penury in urban areas and among migrants, often excluded from official discourse that has focused on rural poverty. Inequality is rising too.

As Matthew Chitwood, a researcher who has just returned from two years in rural Yunnan, told me, most of those once living in hardscrabble hill settlements see themselves as better off now, with new homes and tarmac roads. But that doesn’t mean they have stopped being poor, or that their status — and those of millions of others — will continue to improve.

The government is quite aware of this. Premier Li Keqiang stirred up a storm earlier this year when he pointed out that 600 million people — more than two-fifths of the total — still had an income per person of barely 1,000 yuan, or about $150, a month. Hardly enough, he said, to rent a room in a medium-sized city. That’s possibly a pessimistic reading of the statistics. But Li highlighted a very real problem. China still has a vast, low-earning population, a problem far trickier to fix. For one, many are insufficiently educated: Scott Rozelle of Stanford University has pointed out that in fact China has one of the least educated labor forces in the middle-income world, with only three in 10 having ever attended high school, according to the 2015 national census.

Many of those in the bottom cohort are also rural workers who have migrated to towns but, thanks to the hukou system of household registration, have little access to local benefits — another prickly problem.

One of China’s great advantages is that the bottom half of its population has benefited from its economic growth over the last decades. A study by economist Thomas Piketty and others last year found that average incomes for that cohort multiplied by more than five times in real terms between 1978 and 2015, compared to a 1% drop for same group in the United States. But that may not continue.

Worse, there’s the fact that lifting people out of poverty with lump sums and zero-interest loans doesn’t necessarily stick. It isn’t impossible to slide backward and find that gains reverse, as many discovered during the Covid-19 outbreak. China has done better in the pandemic than many others, but laborers still suffer when external demand collapses. Welfare provision is sparse.

Encouragingly, Beijing is not deaf to the question of what happens next, as Li’s comments suggested. To go further, it could do worse than to reconsider how poverty is measured and targeted. That doesn’t mean a fruitless debate over whether China’s absolute poverty line is marginally higher or lower than the international standard once all factors are considered. The fact is that having cleared a modest county-level hurdle and dealt with the destitute, to adequately deal with the wider problem of a huge low-income class in a still-expanding economy, it would be better served with a more dynamic definition that also considers poverty as relative, and even subjective. Not least because how China’s citizens feel will determine how they see their leaders.

Hong Kong, not usually an example in dealing with questions of income distribution, uses relative poverty, setting the line at 50% of the median household income, before government intervention, adjusted for household size. The European Union uses an at-risk-of-poverty threshold of 60 % of the national median disposable income, after social transfers. China’s “two no worries and three guarantees” that cover food, clothing, housing, healthcare and education show that it too can think more broadly. No province is rich if children are underfed and ill-educated. It could do worse than to now take a wider view of measurement and targets, perhaps even considering social mobility. That should result in more holistic approaches to combatting the problem too.

The party that completes its century next year has thrived as incomes have risen. It needs to keep everyone moving on up.

Clara Ferreira Marques is a Bloomberg Opinion columnist covering commodities and environmental, social and governance issues. Previously, she was an associate editor for Reuters Breakingviews, and editor and correspondent for Reuters in Singapore, India, the U.K., Italy and Russia. 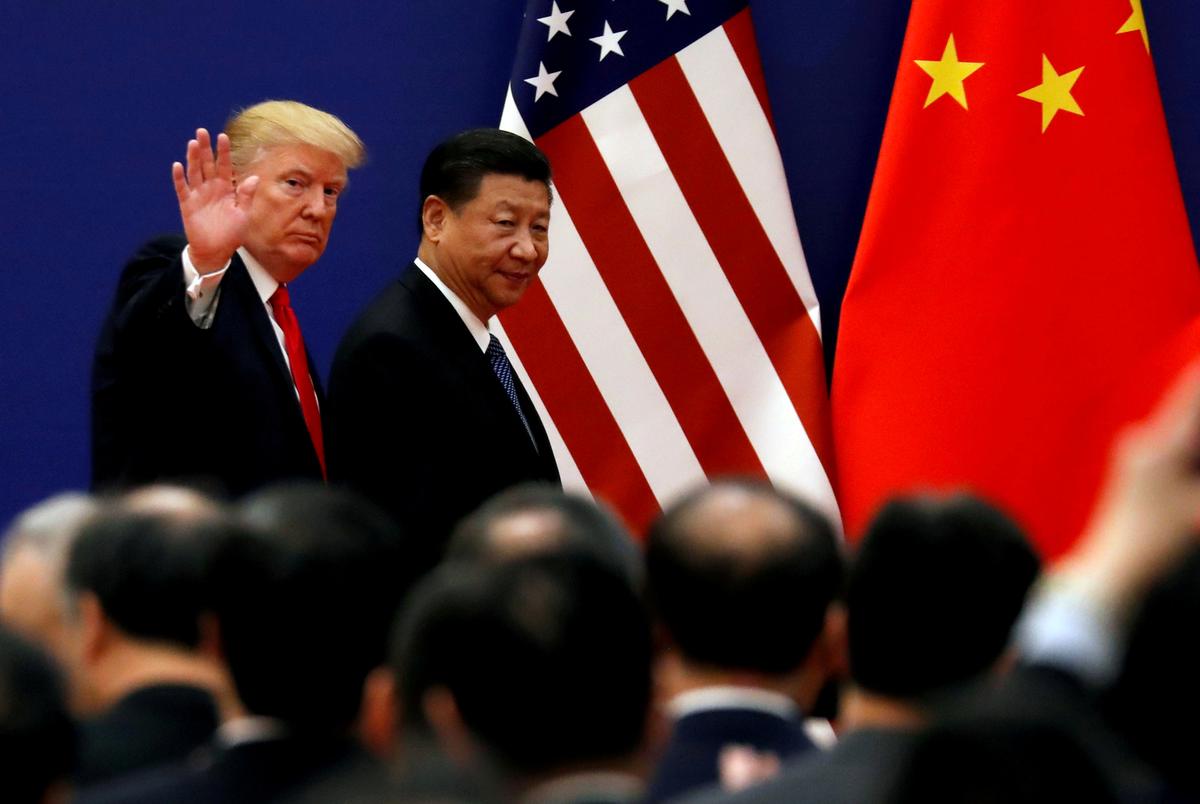 WASHINGTON/BEIJING (Reuters) – China said on Monday it would impose higher tariffs on a range of U.S. goods including frozen vegetables and […] 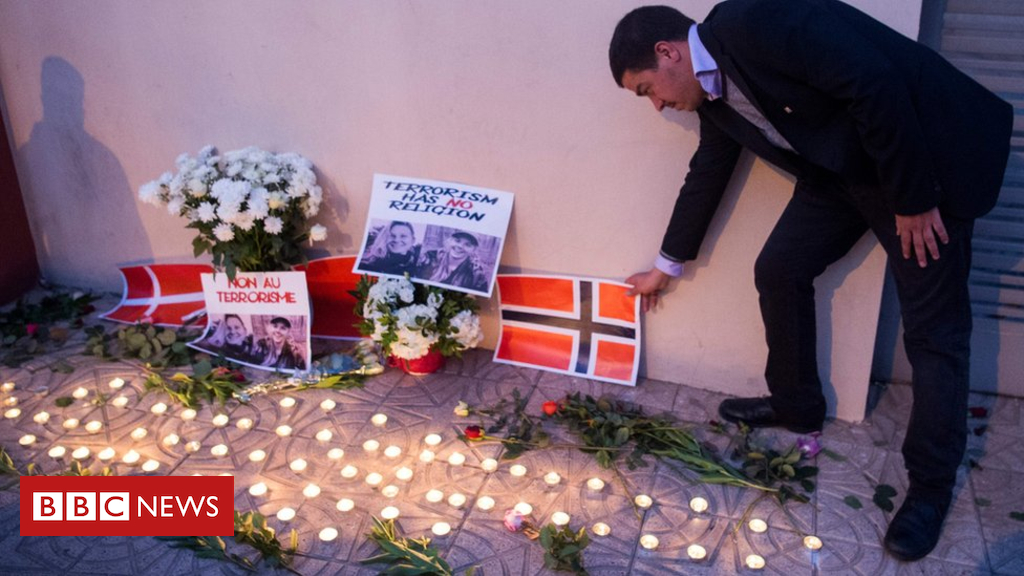 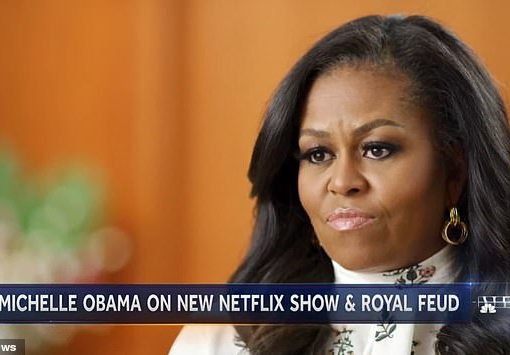 Michelle Obama has said ‘it wasn’t a complete surprise’ to hear Meghan Markle’s allegations of racism within the royal family, and expressed her […] 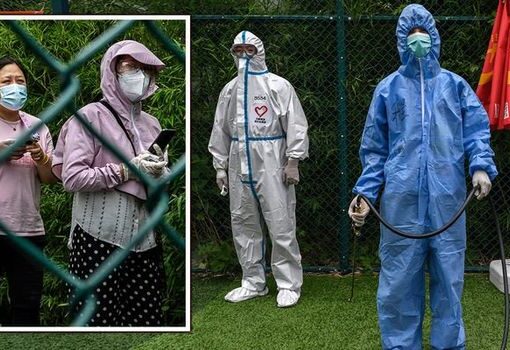 China: Several cities under ‘strict lockdown’ says expert The city of Langfang in Hebei on Tuesday has confirmed its 4.9 million residents […]