By Roksana Panashchuk For Mailonline

A mother-of-five tragically died moments after saving her children from a horrific house fire in Russia.

Gulnara Kostelnyuk, 31, was killed in the blaze when the burning ceiling collapsed on top of her.

Moments before her death the woman managed to evacuate her children, aged under 14, from the burning property and save their lives.

The fire started late at night on Wednesday when the family were sleeping in the city of Yakutsk, far east Russia. 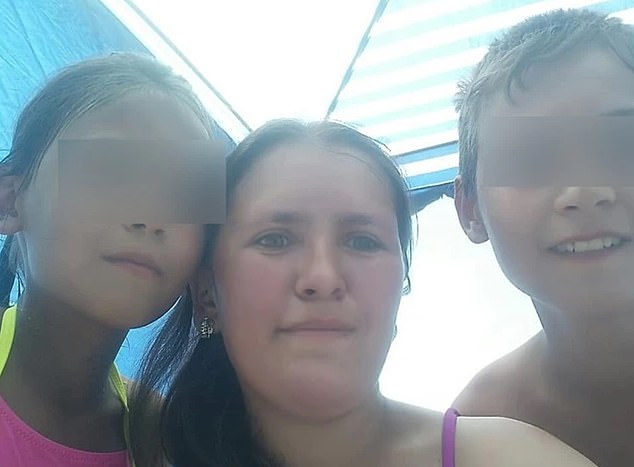 Gulnara Kostelnyuk, 31, was killed by a falling wooden beam in front of her 14-year-old son at their burning home in Yakutsk, east Russia, on Wednesday after she saved her five children (pictured with her two of her children) 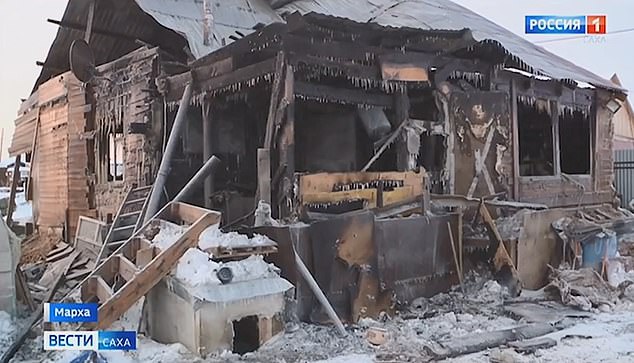 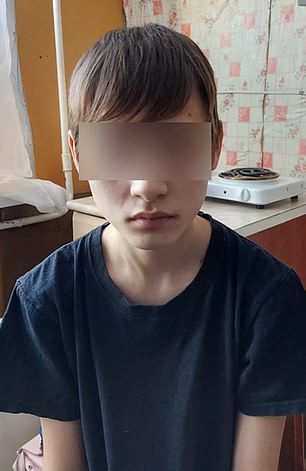 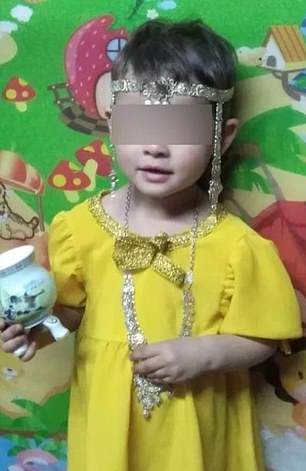 Firefighters say the fire started in the kitchen from a heating stove and quickly tore through the wooden house blocking the exit.

The property was engulfed in flames and filled with thick smoke when Gulnara’s older son, 14, was awakened by thirst and alarmed his mother, according to reports.

After realising they were trapped in a burning room, Gulnara rushed to a window and broke the glass.

She helped her older son to climb outside through the window then passed him his four younger siblings.

After evacuating her kids, she was killed by a wooden beam that had fallen on her from the burning ceiling just before she was able to escape. 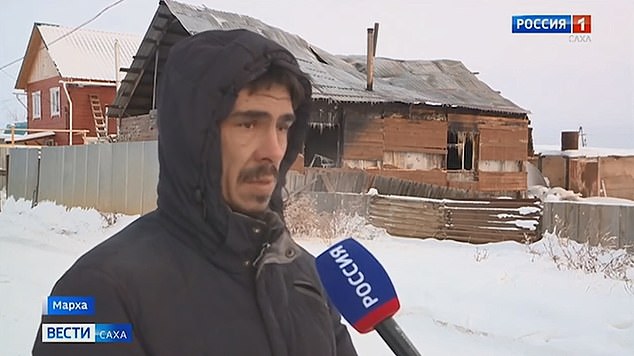 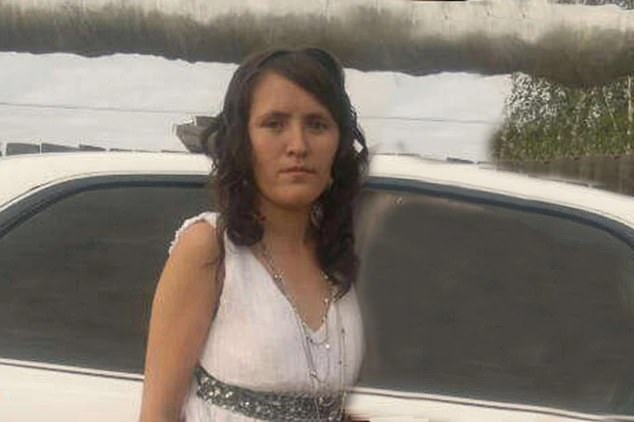 Gulnara’s mourning relatives say she will be buried tomorrow. Her body was found by a crew of firefighters

Her body was found by a crew of firefighters, who arrived at the scene after neighbours called.

One of the children, a nine-year-old girl, was admitted to intensive care with burns and carbon monoxide poisoning. Her condition is moderate, doctors said.

The other children, two boys, aged six and one, and a four-year-old girl, received cuts to their faces and limbs.

Experts say a malfunction in the stove could have caused the blaze. They are now studying the scene to determine the exact cause of the incident.

Gulnara’s husband Aleksey Kostelnyuk was at work when the fire burst. 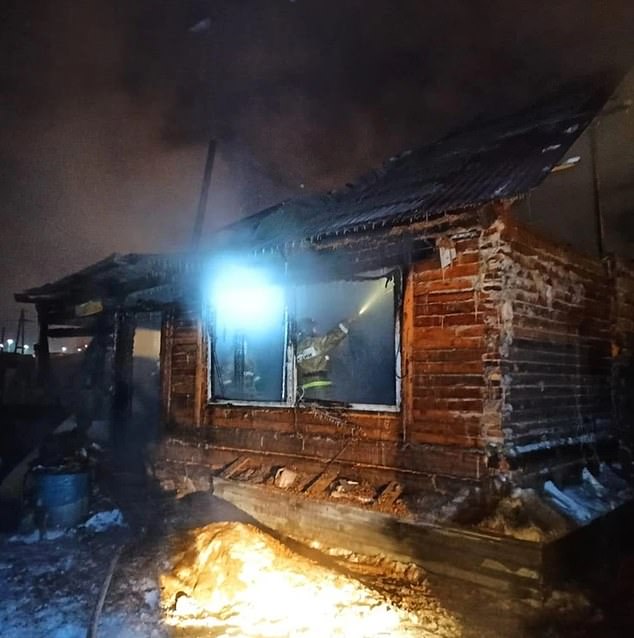 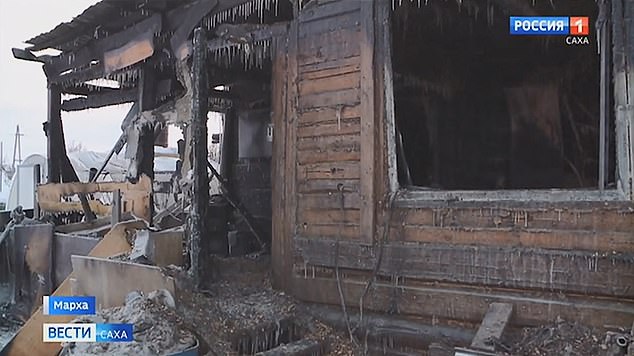 The home is left in ruins after the fire. Experts say a malfunction in the stove could have caused the blaze

The man, devastated by his wife’s death, said to local media: ‘My wife had been taking care of our children. I don’t know how we will handle it without her.’

The victim’s older sister Anastasia told: ‘My mother called me about 4am. She told me that Gulnara was gone.

‘We told the younger kids that she is in a hospital. We do not want to traumatise them.

‘The older boy is still in a state of shock. His mother died in front of him. He does not speak and does everything automatically.

‘Next week he goes to a psychologist.’

The mourning relatives say Gulnara will be buried tomorrow. 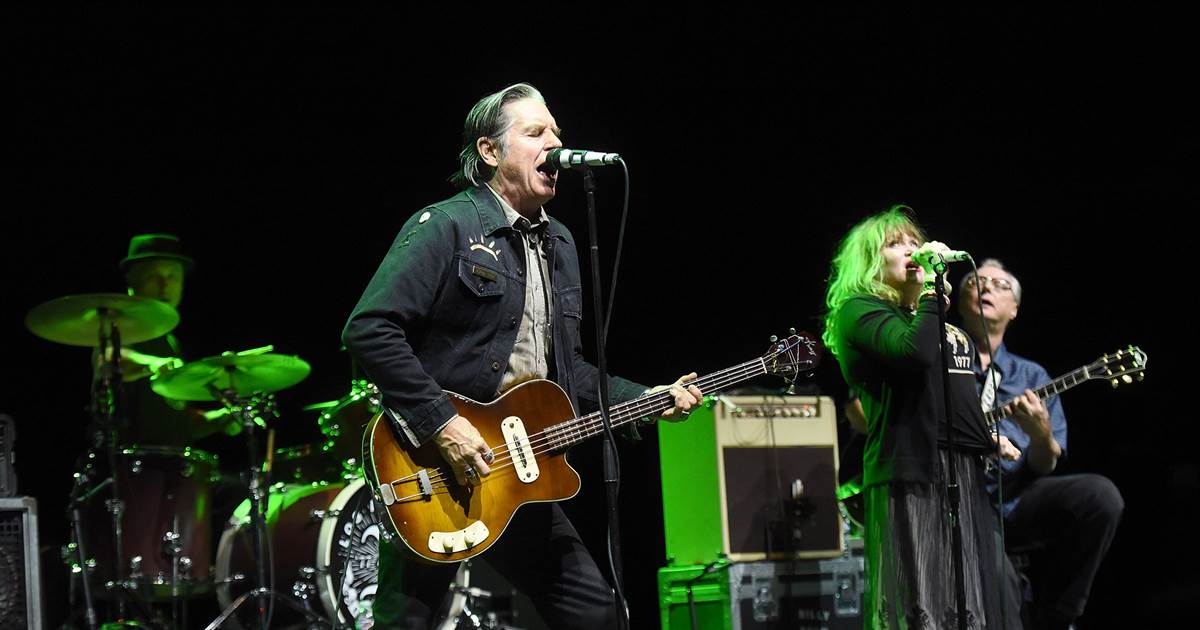 By the time the likes of Mötley Crüe, Poison and Guns N’ Roses had taken over Los Angeles’ Sunset Strip and, soon […] 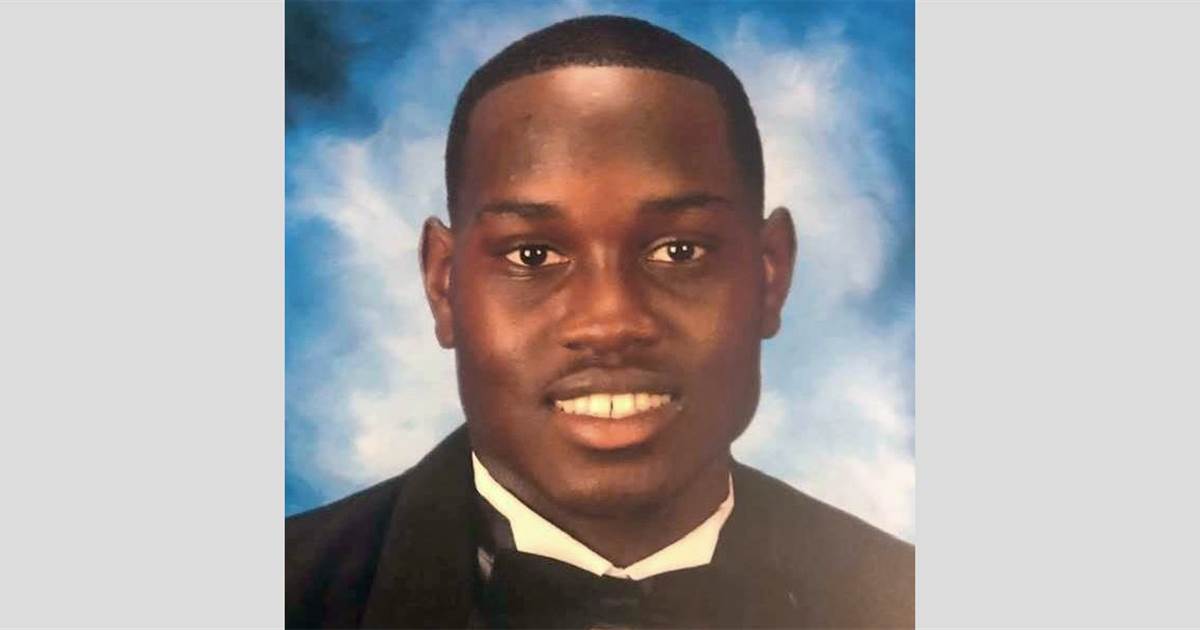 Ahmaud Arbery would have celebrated his 26th birthday on Friday. Instead, people across the country are running to honor the former high […] 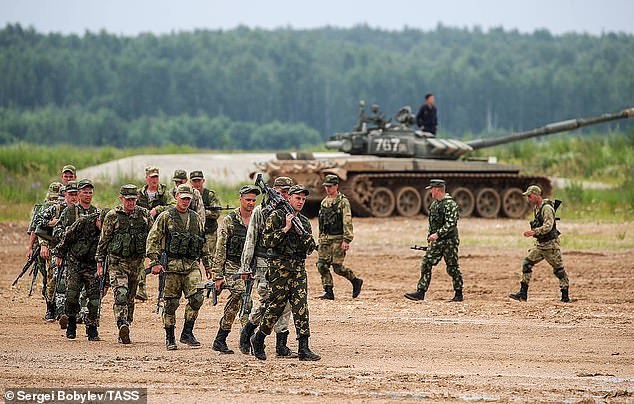