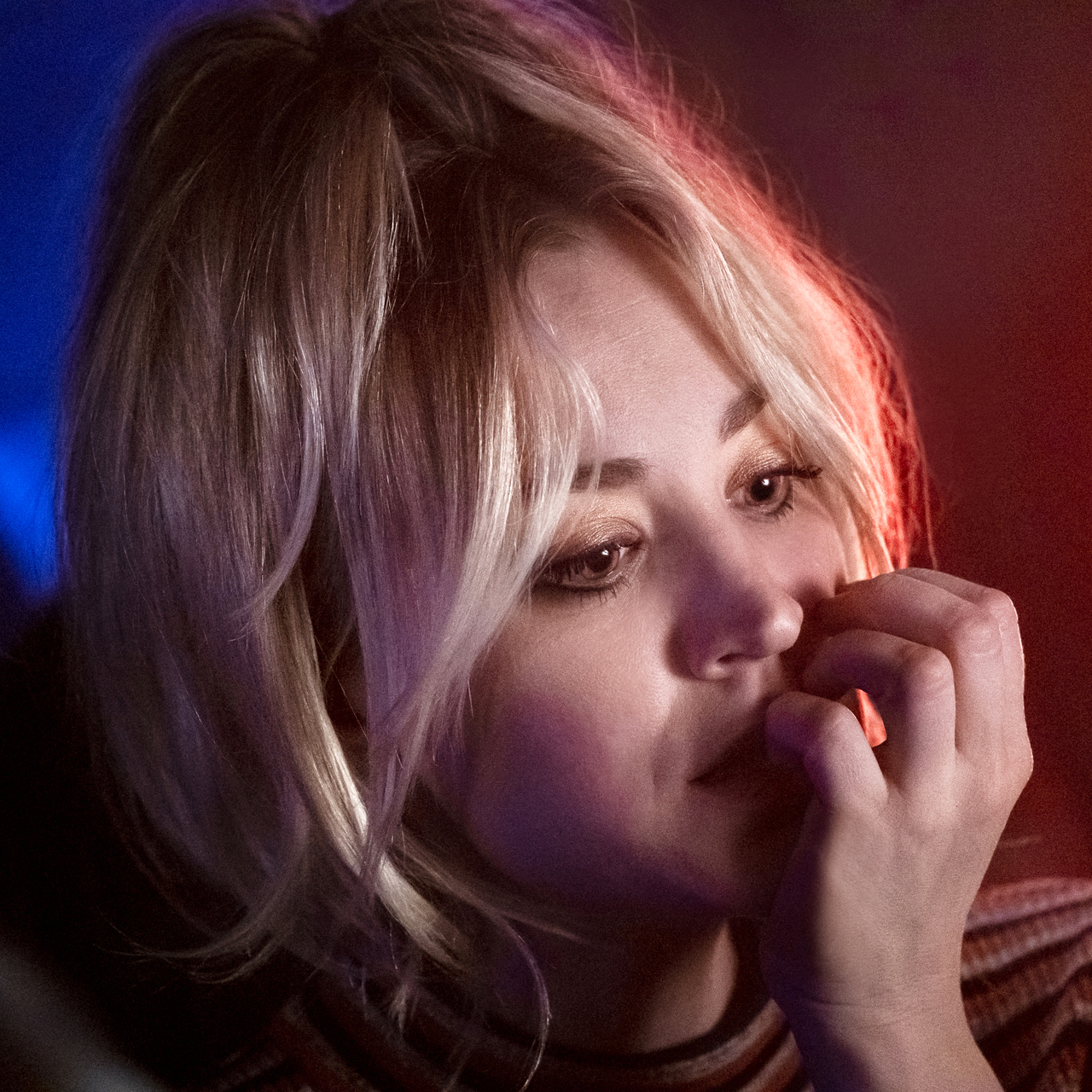 The pulpy pleasures and the disturbing emotional content sit side-by-side, like uncomfortable strangers on an international flight.

“The Flight Attendant” starts with flight attendant Cassie Bowden (Kaley Cuoco) flirting with first class passenger Alex Sokolov (Michiel Huisman) on a flight to Bangkok. They meet up after disembarking, spend the evening together, and when Cassie wakes up, Alex is dead in bed next to her. Unable to remember the night before, she cleans up the crime scene and tries to pretend she was never there. But the FBI suspects she’s involved, and there are other shadowy forces out to get her as well. Her search for answers is portrayed with numerous stylish, split-screen sequences. They intensify the frantic action, and also serve as a metaphor for Cassie’s scattered, divided inner self.

The story, as it unfolds over the first four of eight episodes available for review, nods to many an amnesiac hero narrative. Jason Bourne and Captain Marvel start their films in the same place as viewers — the heroes don’t know their own backstories, and they (and viewers) have to discover them as they go along. And it’s fun to watch heroes discover their abilities. You find out who you are and who you are is badass. It’s an empowerment fantasy.

In “The Flight Attendant,” though, you and the main character discovers who you are together, and who you are is less of a hero and more of a mess. Cassie’s blackout during her night with Alex wasn’t a one-time thing. She regularly hooks up with guys and can’t remember their names, or what they talked about, or that she gave them instructions to get into her apartment. She has PTSD hallucinations, in which she talks to dead Alex. But what’s even more disturbing is that those hallucinations don’t seem linked solely to the trauma of his death. She also has flashbacks to memories of her childhood with her alcoholic, abusive father — memories which appear to be unreliable or partial.

The publicity for the series says it’s “a story of how an entire life can change in one night.” But the queasy, slowly revealed truth is that Cassie’s life doesn’t really change. She was a terrified, barely functional mass of denial before her night with Alex, and so she remains after she wakes up beside his corpse. The opening title sequence, set to dissonant jazz, can be read as a wittily terrifying journey into Cassie’s soul — the silhouette of a woman falls endlessly through nightmare imagery of blood and wolves and antler-headed humanoids. Cuoco is best known for portraying earthy airhead Penny on megahit “The Big Bang Theory,” but here her flirtatious vacuousness becomes a kind of all-consuming black hole.

Cassie’s utter failure as a spy is a source of some humor. Whenever she tries to infiltrate, she inevitably ends up stumbling into valuable statues or tables of cucumber appetizers; her espionage career is one giant pratfall. In FBI interviews, rather than presenting a stoic front, she panics and starts babbling an indiscriminate mix of truth and lies. In that sense “The Flight Attendant” is not unlike “Austin Powers” or other spy parodies; the joke is in dropping the tropes from a height and watching them go splat.

It’s not only the tropes that are dropped from a height, though. Cassie doesn’t just screw up half-assed surveillance operations. She’s always late to meet friends. She always drinks herself into a stupor when she needs to be at an appointment. Her relationship with her brother Davey (T.R. Knight), his husband, and her nieces is particularly, almost unendurably, excruciating. She can’t even lay off the vodka for three hours to be a good aunt. And yes, she woke up next to a dead guy and people are trying to kill her and she’s dealing with a lot. But Davey makes it clear that the problem isn’t that she’s acting oddly. It’s that she isn’t.

No doubt many viewers will enjoy the series as a straightforward action comedy, just as many people enjoyed mega-hit “Bridesmaids” as a raunchy rom-com — even though the protagonist loses her job and boyfriend before the first frame of the film, and things just get more miserable from there. Similarly, “The Flight Attendant” circles and swoops with exciting, amusing energy, but when you glance out the window, you find yourself hovering precariously over an abyss. Maybe in the last half of the series, Cassie will dry out and book herself passage to a better place. But early episodes feel like you’re just watching a stewardess paint on a desperate smile as the plane hurtles towards a crash. 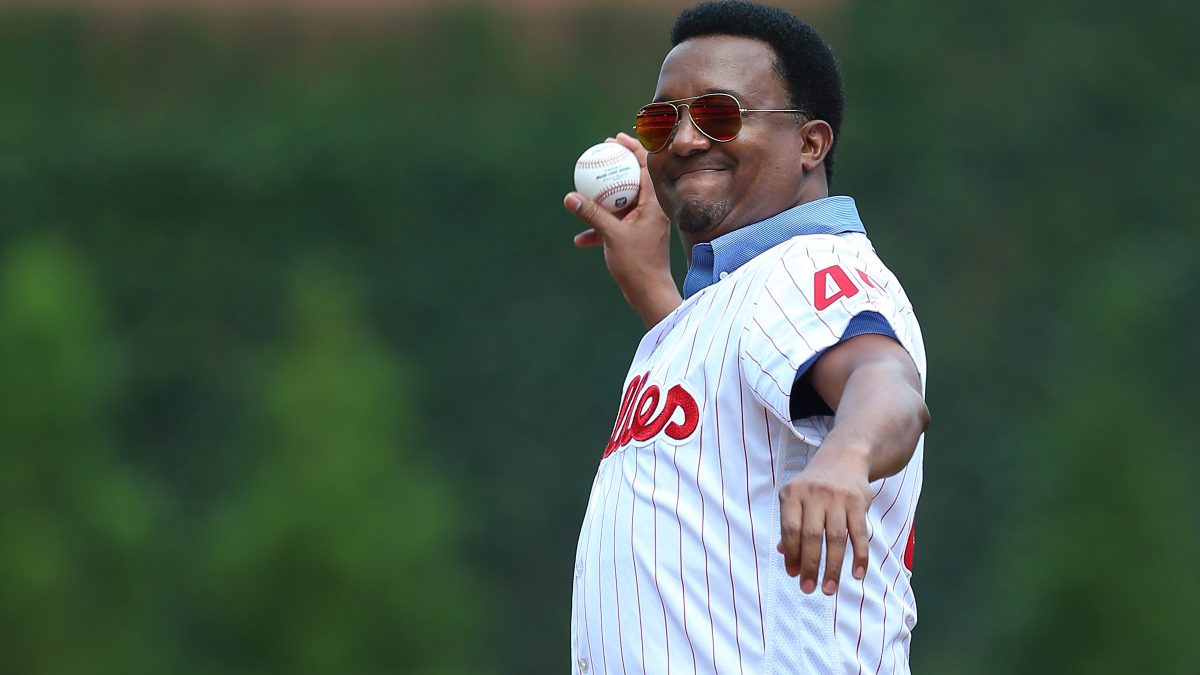 Hall of Fame pitcher Pedro Martínez is best-known for helping the Red Sox win the 2004 World Series, ending “The Curse of […] 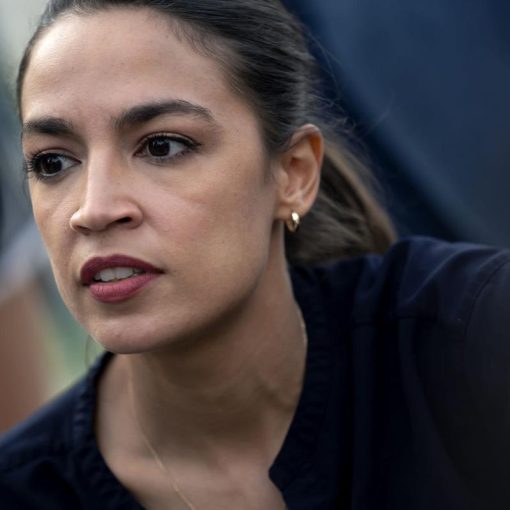 (Bloomberg) — A top congressional ally said he expects President Joe Biden to seek a second term in 2024, while a prominent […] 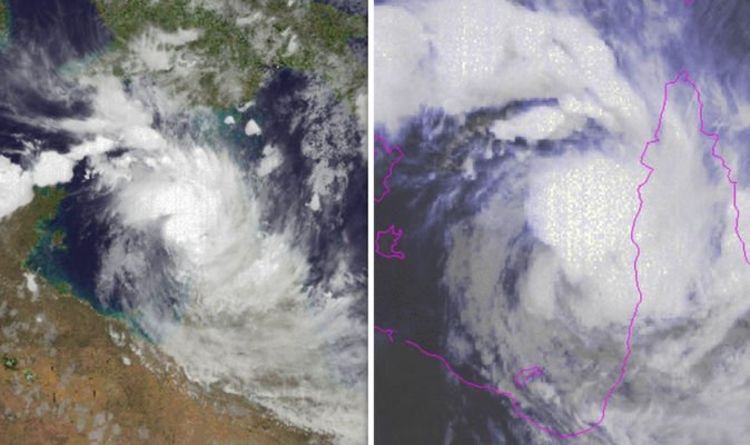 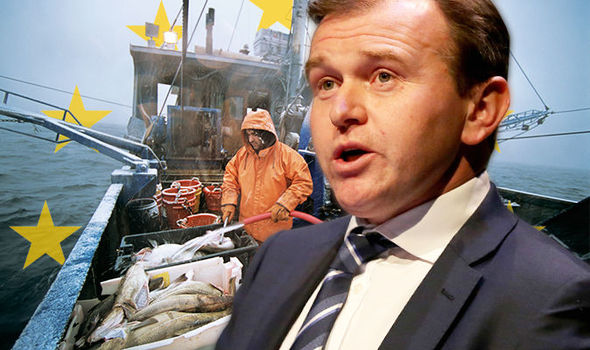