Germany has now logged more than 1million cases of coronavirus since the start of the pandemic.

Germany also recorded another 426 deaths from the virus on Friday, its highest one-day toll of the entire pandemic, bringing its total to 15,586. 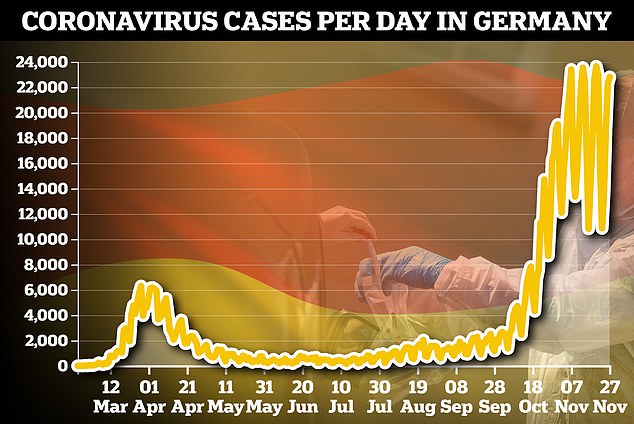 Germany has logged a total of 1,006,394 cases of coronavirus since the pandemic began, after adding 22,268 new infections on Friday 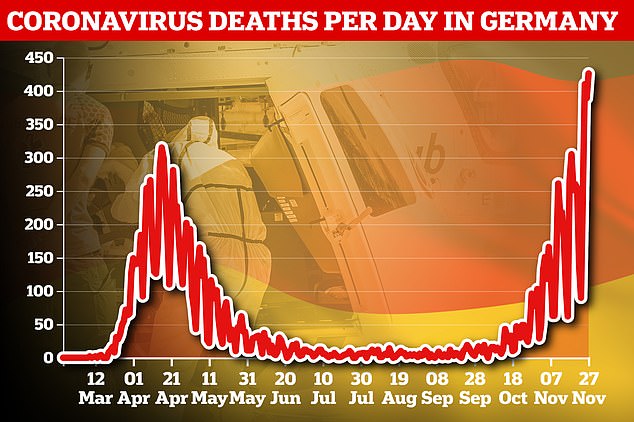 The country also recorded 426 deaths, its highest one-day total of the pandemic so far which brings the overall tally to 15,568

A total of 696,100 people have recovered from the virus, according figures from the Robert Koch Institute which reports national virus data.

Germany has been widely-praised for having one of the best virus responses in the world, after a quick initial shutdown followed by mass testing and contact tracing kept the virus at bay.

However, it has suffered amid a second wave of the disease in Europe that saw cases rise rapidly across the continent, putting a strain on health services.

Angela Merkel announced a national ‘wave-breaker’ lockdown on November 2 in an attempt to bring cases down.

Bars, restaurants and other hospitality venues have been shuttered across the country, but the measures stopped far short of the full-scale lockdown that rapidly reversed case increases earlier in the year.

As a result, the country has seen case totals stall but at a high level, while deaths have continued to rise. 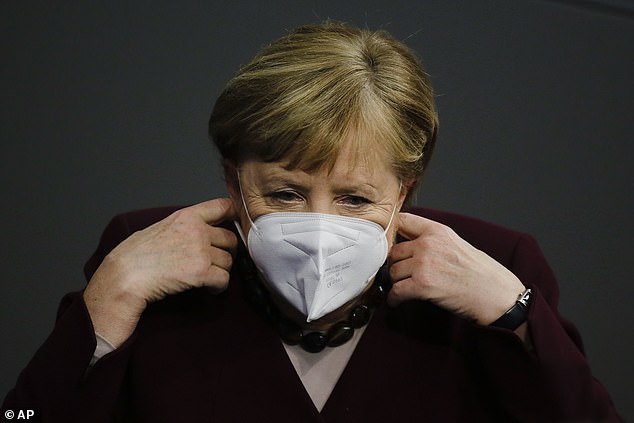 Angela Merkel has announced a new stricter lockdown in Germany in the run-up to Christmas, with the aim of bringing cases down to a point where people can socialise more freely

German regional leaders are now planning a stricter pre-Christmas lockdown which they hope will reduce cases ahead of the festive period – when they will be relaxed an allow people to socialise more freely.

The aim is to reduce case numbers to below 50 per 100,000 inhabitants each week.

It is only at that level or below that officials say they can effectively trace outbreaks to implement quarantines when necessary.

Currently, the country is seeing about 138 cases per 100,000, according to the Robert Koch Institute.

Europe was hit hard by the second wave of coronavirus, with cases rising faster than on any other continent until new lockdowns brought the spread under control.

There have now been more than 16million cases confirmed on the continent and 366,000 deaths, according to the European Center for Disease Control.

BEIRUT (Reuters) – Syrian air defenses on Tuesday confronted Israeli missiles above Damascus and downed most of them before reaching their targets, […] 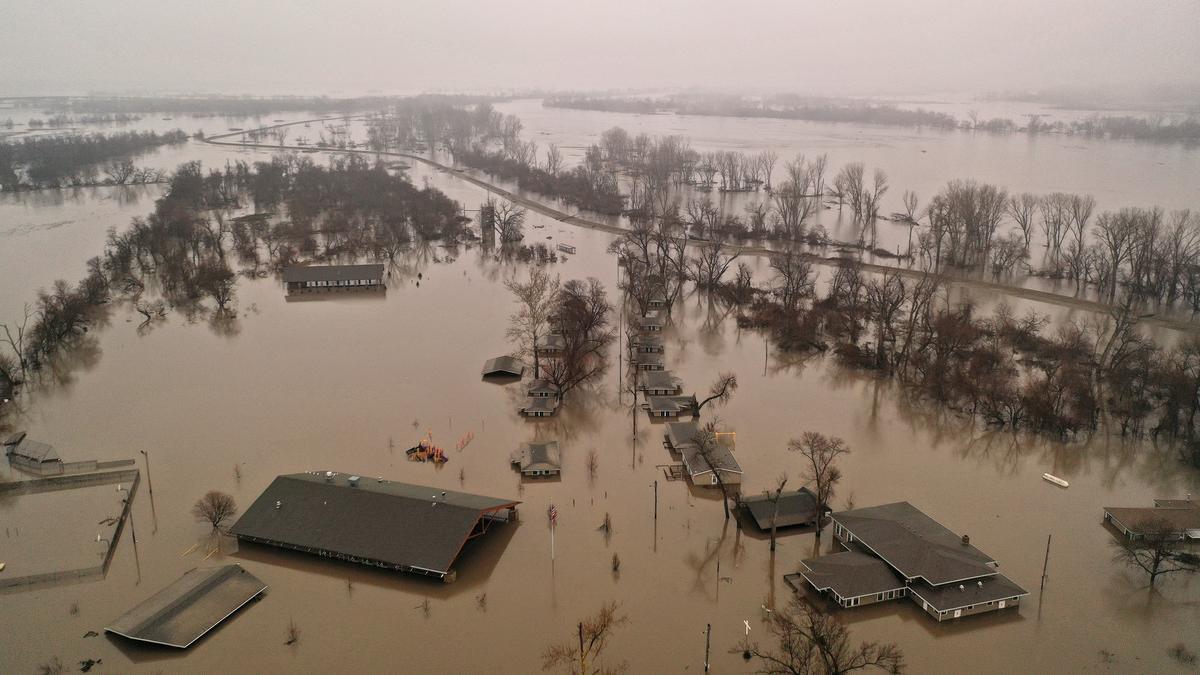 WINSLOW, Neb./CHICAGO (Reuters) – Midwestern farmers have been gambling they could ride out the U.S.-China trade war by storing their corn and […] 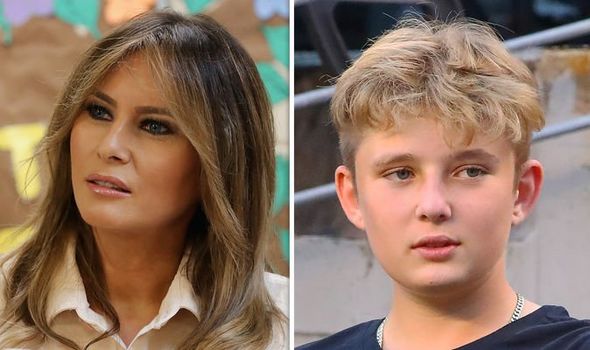 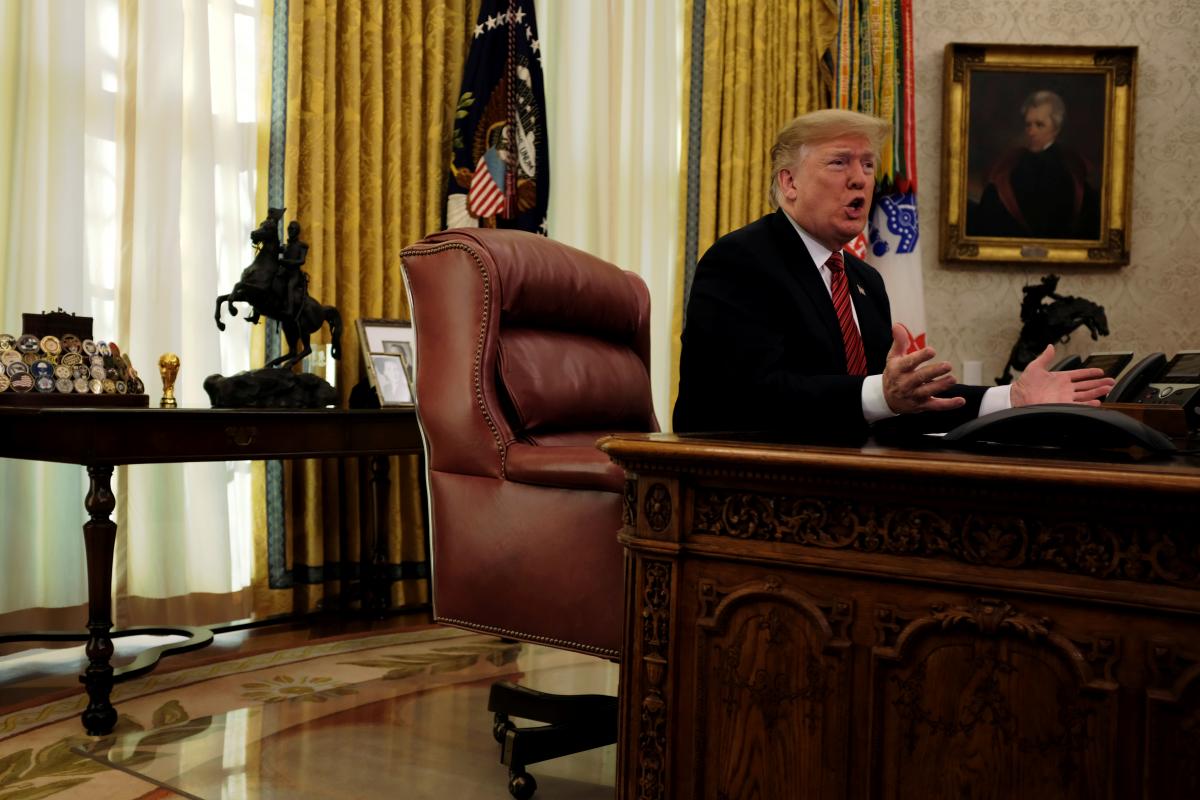