From 2010 to 2014 Richard Cobbett wrote Crapshoot, a column about rolling the dice to bring random obscure games back into the light. This week, it’s time to welcome a special guest from a very different platform to see what happens when console game ports go very wrong indeed.

Wait, I hear you cry. Mega Man? Are you actually from Mars? In what universe does the little blue bomber originally known as Rockman count as obscure? He’s had roughly 20 million games and counting. A TV series. A bad throat condition in Captain N, even! Mega Man 2 still stands as one of the most successful gaming passion projects of all time, with its developers following up on the world’s ‘meh’ response to the first game by working their asses off in their spare time and creating a platforming legend, even though Quick Man’s stage can suck it through a sewer pipe.

And yes, that’s true on the NES. But we’re not looking at the NES games. No. This Mega Man (along with a sequel, Mega Man 3) was created just for the PC… and it fails in every conceivable way to live up to the series’ legendary reputation. Mega Man? Ha! More like Smegma Man.

In the unlikely event that you’ve never heard of the Mega Man games before, here’s a quick primer. You’re Mega Man, aka Rock, a humanoid robot built by the good scientist Dr. Light to battle evil and probably do the dishes between adventures. Your rival is Dr. Wily, who apparently looked at his future and decided that anyone with a name like that would be hard pressed to run a kitten sanctuary. Instead, he opted to grow an awesome moustache and try to take over the world with reprogrammed service robots, not to mention take ridiculous advantage of Mega Man’s unwillingness to kill humans. Early on, this made some degree of sense, as warriors like Fire Man and Cut Man and Elec Man took the field. Later, he was reduced to the likes of Dust Man and Sheep Man and it frankly got a little sad.

For comparison purposes, this is what a good Mega Man game looks like.

The series’ big gimmick is that you can play most of its levels in any order you want—the only exception being a final run on Wily’s doom fortress when his regular robots have been destroyed—and collect each boss’s weapon when you defeat them. This adds a tactical element to the game, because as well as each gun handling completely differently, each boss is weak against a different weapon type and it’s up to you to figure out the best route. At least, it was before Wikipedia existed. In Mega Man 2 for instance, the Metal Blade was easily the best general weapon, due to being able to shoot in any direction instead of just straight ahead like Mega Man’s regular weapon. To get it though, you probably wanted to do Quick Man’s hellish world of lasers first and recover his boomerang… which in turn would be easier if you’d already swung by Flash Man to collect his time-stopping power. And so on and so forth.

Rock, Paper, Scissors, if you like. Though that’s not where the name comes from.

The NES games had amazing graphics (for the time—the first Mega Man came out in 1987, Mega Man 2 in 1988 and the PC version in 1990), awesomely memorable music that most old-school gamers can hum on command, an awesome selection of themed levels, iconic bosses, terrific weapons and the kind of challenge you could sink your teeth into without getting too frustrated, except for Quick Man’s bit.

Honestly, the PC version only has one real problem: not having any of that stuff at all.

Let’s start with the bosses. The first Mega Man had six bosses (not including Dr. Wily’s guardians in the fortress assault)—Cut Man, Elec Man, Ice Man, Fire Man, Bomb Man and Guts Man. He had GUTS! The sequel upped this to eight—Metal Man, Air Man, Crash Man, Bubble Man, Quick Man, Heat Man (no relation to Fire Man), Wood Man (the jokes have been done, yes) and Flash Man (those too).

The DOS version also featured no music, phenomenally sloppy, uninspiring art, and the kind of control system that makes you suspect someone made a bet with the programmer. Let me explain.

Behold the NES controller. It has two action buttons. A jumps. B shoots. Start opens the menu. Select pauses. Simple, yes? Unfortunately, the makers of the PC version looked at the hundred or so buttons available to them on the average keyboard, and figured it would be a shame to waste them.

Please, move your keyboard towards you, and actually put your fingers in a good position to press these keys. For directions, you use the arrows. Fine, no problem. Makes sense. To shoot? Space bar. Now, guess what Jump is. Ctrl? Alt? Hah. No. Jump is the J key. Move your hand and feel how comfortable that is. Next, to change weapons, you need to open your menu. That’s Escape. To actually choose anything from that menu though, you have to press its shortcut—which depending on the weapon or item you want to use can be P, D, S, V or E. And you have to press one of them, because Escape doesn’t do a damn thing when it’s open. You may now proceed to smash your face into your keyboard.

Things actually get worse from here.

Despite only having three main levels—and three incredibly short ones at that—Mega Man leaves every stone unturned in its quest to be interesting. Sonic Man’s stage is the Frustrating Underwater One, Elec Man lives in a mostly black cave with a few wires above it, and Dyna Man… Dyna Man lives in a bloody warehouse. A warehouse with some fire pits in the basement, and probably a “0 Days Since Our Last Accident” sign in the breakroom, but a warehouse none-the-less. Before fighting him, I half assumed he’d be armed with some kind of deadly tape gun, and there’d be an apologetic note from Dr. Wily on the doorstep saying “Just go with it, I’ve got much better stuff in the castle, I promise.” Instead, he turns out to be armed with bouncy dynamite that manages to be one of the least satisfying weapons in the entire Mega Man canon. And lest we forget, this is a series whose most beloved instalment enthusiastically gives you the ability to shoot lead bubbles from your hand and called it a weapon.

Dreadful as the maps and graphics are though, at least Duke Nukem apparently liked them.

Before you can fight any of them though, you have to face by far the nastiest enemy in the game. The main menu is behind a door, guarded by a jumping robot dog. He requires almost pixel-perfect precision to jump away from, is next to impossible to shoot (and respawns if you actually do) and is quite happy to destroy you several times over before the game even starts.

This turns out to be a ‘friendly’ warning from the designer…

Each main stage takes a couple of minutes to get through. In fairness, the NES levels weren’t huge either, but there were more of them, and Mega Man 2 especially did a good job of mixing things up with secret bits, mini-bosses and various challenges as you ploughed your way to Whatever Man at the end. Just as importantly, you’d likely be replaying them many times over as you did the bosses in different orders, so keeping them small and to the point actually worked in its favour.

Mega Man on PC doesn’t have this luxury, so it tries to slow you down by being a spectacular dick. And that’s the generous way of looking at it—the other involves words like ‘cack-handed’ and ‘total arse’. It goes out of its way to screw you over, in ways that include—but are no way limited to…

Platformers can be difficult, but there’s a difference between dying because you’re not good enough, and because the game itself just stinks. Mega Man 9 on the Xbox 360 delighted in being nasty and mean-spirited, but got away with it because it played reasonably fair. The first time you jump over a pit and get ambushed by an enemy flying upwards, you die. After that, you start taking precautions. Here, there’s no way around having to take enemies you physically can’t shoot or avoid—all you can do is take as little damage as possible and hope to recover the health in the next corridor.

Mega Man 3 of course took the opportunity to fix all of these problems, and by fix, I of course mean ‘not fix’. It had more levels, each headed up by a slightly redrawn sprite from the NES games, and were much more complex in layout, but the background music was still a delightful chiptune called The Sweet Sound Of Silence and the frustrations were firmly there. At least Mega Man 2 was spared the horror.

Basically, if you’ve complained about a recent console port because of shonky controls or a lack of graphical options and so on, take at least some solace in the fact that it could have been worse!

But wait! There was another game. What of the PC’s other attempt at Mega Man—Mega Man X?

Well, that one was a little bit better…

I’m kidding, of course—even if this video does use a far, far more awesome version of the level theme than the actual game. This was a much more respectable port of a superb Mega Man, even if platforming and the PC were never really kissing buddies. True, it did suffer from bosses with names like “Chill Penguin” and “Armored Armadillo” and the awesome “Boomer Kuwanger” (his special weapon, sadly, not a throwable boomer-wang), but just look at it. It’s not a game that sits in my heart along Mega Man 2 except for Quick Man’s stage, but it’s one that at least deserves to wear its name.

The original DOS game though? Best forgotten. The only nice things I can possibly say about it without my nose suddenly stretching out by seven miles is that the cover art was better than its inspiration’s and that you might possibly be able to burn the disk for fuel when the worldwide apocalypse plunges us all into an inevitable Mad Max style wasteland. If you don’t mind dying of plastic smoke inhalation.

Hmm. This is probably why nobody ever asks if they can quote me on game boxes…

Bah, who cares. At least I can defeat Air Man. 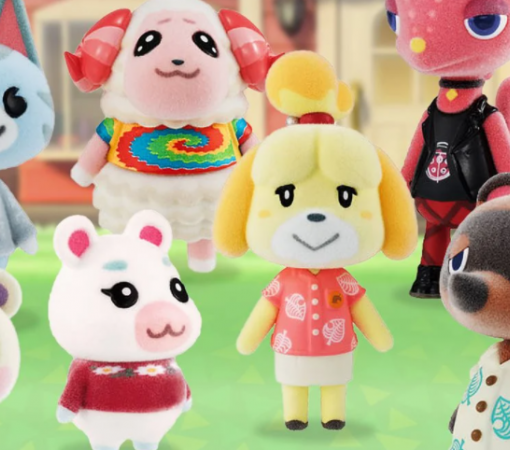 Animal Crossing is a beloved franchise that has given players pure joy for years and years. New Horizons offered that same joy […] 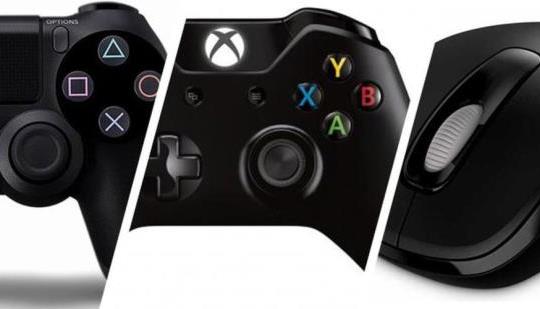 Gaijin CEO Anton Yudintsev said that most, if not all developers are ready to enable full cross-play with the flip of a […] 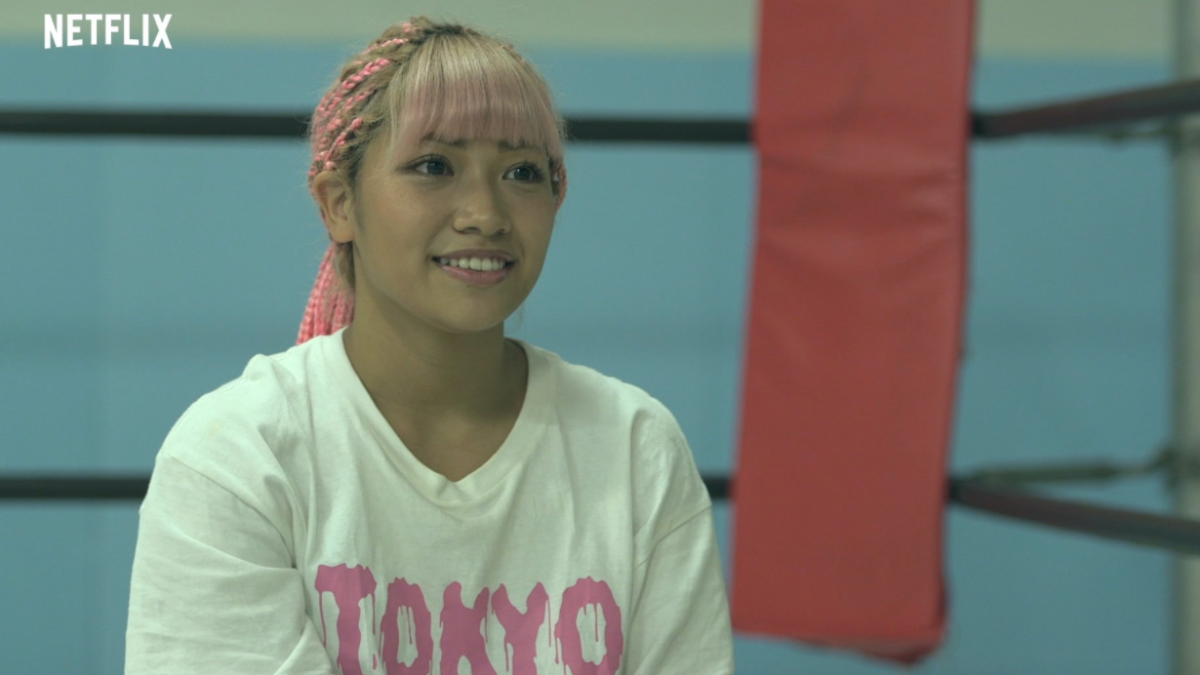 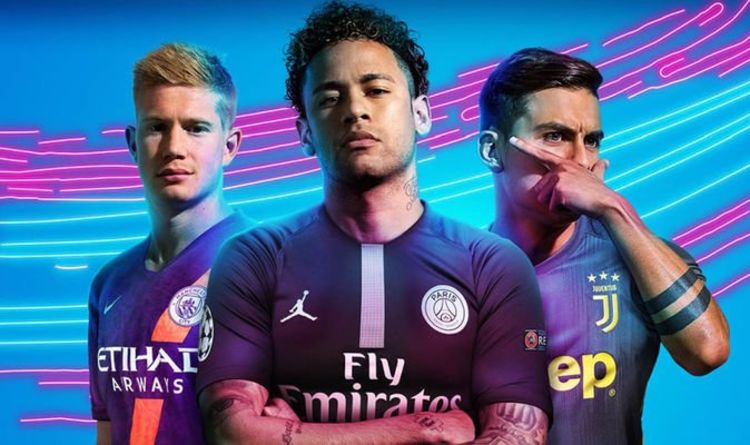