This week an official from Taiwan insisted the state is ready to protect itself against any attack or threat from China. Mayor of Taiwanese town, Kaohsiung, Chen Chi-mai also warned any further threats from the Chinese Communist Party will cause further hatred towards Beijing. Amid an increase in military presence due to the arms deal with the US, the Taiwanese official also warned Beijing not to test the state’s defence.

“So don’t underestimate us.”

His comments come after China’s Taiwan Affairs Office admitted the existence of a blacklist of Taiwanese secessionists.

Spokesperson for the office, Zhu Fenglian said the list would allow China to persecute supporters of Taiwanese independence.

Taiwan’s own Mainland Affairs Council stated the move to create a blacklist of officials from Taipei was an attempt to disrupt democracy.

The council said: “China’s malign behaviour not only fails to strike the slightest bit of fear in Taiwan’s citizens, it adds to the hatred of the authoritarian Communist Party’s ignorant bullying.”

The rhetoric surrounding Taiwan and China has increased to unprecedented levels this year.

In two of the most high-profile trips by US officials, Health Secretary Alex Azar and, undersecretary for economic growth, Keith Krach visited Taiwan.

Both visits were welcomed by aggressive military drills conducted by China across the Strait of Taiwan.

In October, the US agreed a $1.8billion (£1.3billion) arms deal with Taiwan despite threats from China.

Although the two states do not have formal diplomatic ties, the two countries signed the Taiwan Relations Act in 1979.

Under the treaty, the US agreed to sell arms to the state with the intention of protecting its sovereignty and defence capability.

China news: Taiwan has an agreement with the US (Image: GETTY)

In the defence agreement, the US agreed to sell missiles and artillery equipment to the state.

The two sides had also agreed to a deal worth £1.83billion which included 100 Harpoon Coastal Defence Systems and an approximate 400 surface to air missiles.

Amid the backdrop of these deals, the Chinese Ministry of Defence spokesman Ren Guoqiang warned the US to stop violating China’s sovereignty over the state.

He also called the sanctioning of arms from Taiwan to China as a violation of the One-China principle.

Under this, China claims the state as part of its own due to the historic ties between the two states.

“China urges the US to handle Taiwan-related issues prudently in order to avoid dire consequences for state-to-state and military-to-military relations between China and the US.”

Despite warnings from American officials, US national security adviser, Robert O’Brien said China would suffer a huge backlash if it attempted to retake the state.

He said: “I can’t imagine anything that will cause a greater backlash against China from the entire world if they attempted to use military force to coerce Taiwan.

“The US is with her friends in Taipei. We will continue to be there.” 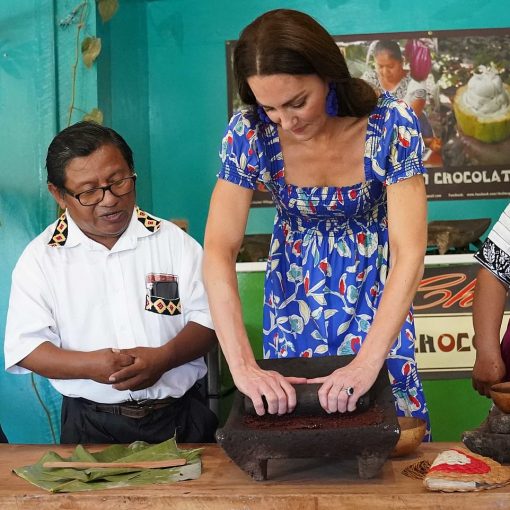 Three men have been charged with plotting to carry out ISIS-inspired attacks on music concerts, landmarks and crowded subways in New York, […]

He’s done it again! Fans delight as they realise snap of Kate Middleton was taken by photographer who captured THAT rainy shot […]