The superstar, one of the sport’s greatest players, is considered nothing short of a deity in the southern Italian city after spending seven memorable years playing for Serie A team Napoli.

Murals still adorn walls across the city, while a banner in his memory was hung on the outside of the stadium which read: “The King.”

Which perhaps explains why Napoli owner Aurelio De Laurentiis says he wants to rename the Stadio San Paolo in the Argentine’s honor.

“I believe it is right to name the San Paolo after you, so we can keep you with us as a witness of the excellent path this team has taken,” he said in a statement.

Napoli will take to the field for first time since Maradona’s passing on Thursday to face Rijeka in the UEFA Europa League.

READ: The tormented genius who became one of football’s greatest players

Maradona arrived at Napoli in 1984 for a then world record transfer fee. As one TV commentator remarked at the time: “The poorest city in Italy buys the world’s most expensive player.”

But Maradona transformed the club’s fortunes on the pitch, leading it to its first Serie A title in 1987, with a second following in 1990.

His influence also brought fresh hope to a region suffering from poverty and restored pride to a city looked down upon by much of the country.

Maradona’s former agent Jon Smith told CNN’s that the Argentine was “single-handedly” turning around the entire region. No wonder many Neapolitans deified the Argentine.

“The southern part of Italy, in those days, was very poor, very religious,” said Smith.

“(It) had these huge posters of Jesus hanging off most of the buildings and then massive posters of Diego next to Jesus. It was that level of stardom and it’s difficult to manage that.”

‘More than a footballer’

Over 70,000 fans had greeted Maradona when he first signed for the club and coming from a humble background himself, he quickly identified with the issues faced by the city and an unbreakable bond was formed.

“I know all the problems they have. These people make sacrifices to buy the ticket,” Maradona once said.

“They believed in me, they gave me everything without knowing me and that cannot be forgotten.”

Italian football expert James Horncastle says the fact Maradona chose to play for Napoli was “symbolic” given he could have walked into any other team in the world.

“He wanted to win there because he felt like one of them,” Horncastle, who covers Serie A for The Athletic, told CNN Sport.

“The way in which Neapolitans identify with Diego Maradona, who came from poverty, is this small guy who stuck it to the big men, who was this anti-establishment figure who could restore pride to that city.

“He basically told them that ‘you can be winners too.’ For that reason, he’s more than a footballer in Naples.”

‘Maradona is a God’

Despite producing some sublime football for Napoli, things were more complicated for Maradona off the pitch.

Horncastle says Maradona’s time in Naples was a “metaphor” of his life with extreme highs being followed by dark lows.

There was alcoholism, drug use and connections with the Neapolitan mafia, with the icon partying from Sunday to Wednesday at the height of his fame.

Whilst his personal life was mired in controversy, Maradona’s impact on the region remains everlasting.

Former Italy star Fabio Cannavaro once said: “Maradona is a God to the people of Naples. Maradona changed history.”

Napoli’s stadium announcer Daniele Bellini said he used to have a picture of Maradona beside his childhood bed and would go to sleep every night happy because the legend was playing for his team.

“Diego was football and much more, he was the voice of those who didn’t have a voice,” Bellini wrote on Instagram.

“Thanks Diego for everything you have done for us Neapolitans, you will never be forgotten.” 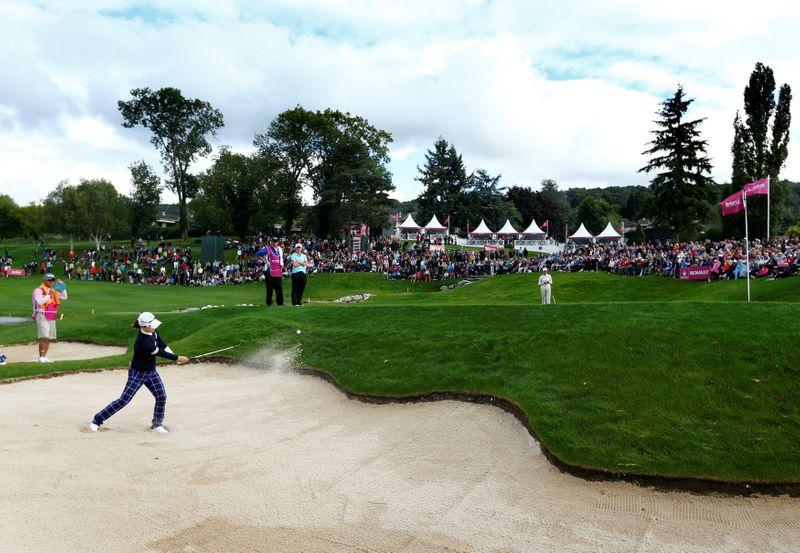 FILE PHOTO: Ryu So Yeon of South Korea chips the ball out of a bunker onto the 18th green during the final […] 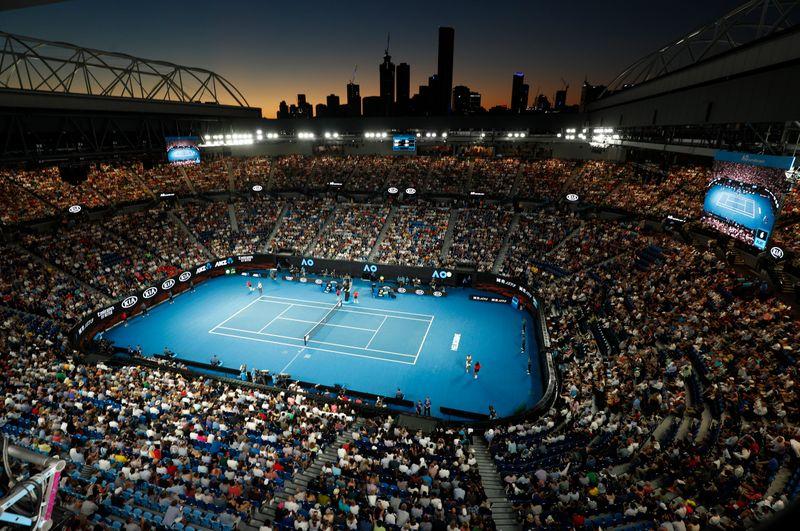 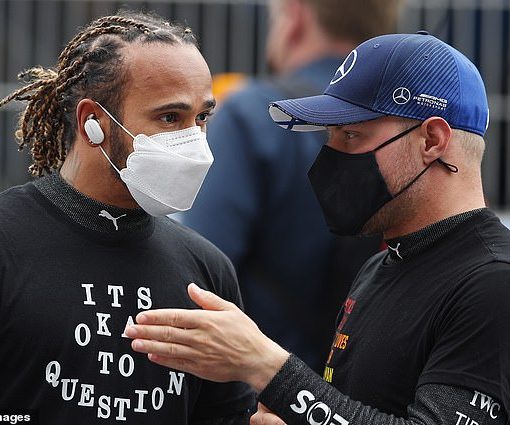