When the American Dream mall, a massive shopping and entertainment complex next to MetLife Stadium in East Rutherford, N.J., finally opened its doors to the public last October, its owner, the Triple Five Group, was eager to prove naysayers wrong.

Skepticism had abounded in the 15 years since construction first started on the project, which was initially known as Xanadu Meadowlands and promised extravagances like an indoor ski slope. But the mall cycled through developers and billions of dollars in funding, and faced numerous delays.

Once Triple Five, the Canadian real estate firm behind the Mall of America in Minnesota, took over in 2011, it was determined to reignite enthusiasm for the project. It changed the name from Xanadu to American Dream, altered an exterior that then-Governor Chris Christie had called “the ugliest” in the state and promised even more marvels, like an indoor water park and additional roller coasters.

But only months after portions of the complex began opening, starting with its ice-skating rink and a Nickelodeon amusement park, the pandemic hit.

“It was extremely, extremely unfortunate, the timing of it all,” Don Ghermezian, chief executive of Triple Five and co-chief executive of American Dream, said in an interview. “The shutdown came in March, only a couple of days before we were planning to open the balance of the center.”

Mr. Ghermezian said he was upbeat about the future of the mall, which reopened some of its attractions on Oct. 1. But the pandemic has battered many retailers and shopping malls and left many shoppers skittish about much of what Triple Five was betting on — travel, crowds and the allure of indoor spaces. It has also put a spotlight on the money tied to the success of the complex, which is now facing the threat of yet another shutdown during the all-important holiday shopping season as coronavirus cases spike again.

“It definitely is tremendously bad luck,” said Vince Tibone, a retail analyst at Green Street, a commercial real estate analytics firm. “Until there’s a widespread vaccine, and both domestic and international travel rebounds to what it used to be, it’s going to be hard for this mall to get the foot traffic it was hoping for.”

Triple Five, which also owns Canada’s West Edmonton mall, had anticipated 40 million visitors a year at American Dream, a notably ambitious figure that would put it on par with Walt Disney World in Orlando, Fla. Mr. Tibone noted that the complex was already facing questions around how it would shuttle tourists between Manhattan and northern New Jersey. And beyond pandemic-forced store closures, American Dream is facing the issue that its attractions — from its ski slope and caviar bar to its roller coasters and DreamWorks-themed water park — are indoors at a time when public health officials are telling people to stay outside.

All three of Triple Five’s malls have suffered this year because of the pandemic, including the Mall of America, which reportedly entered a cash-management agreement last summer after missing months of mortgage payments.

The company projected that the American Dream complex would eventually support more than 20,000 jobs and generate nearly $150 million annually in state and local taxes, a lawyer for Triple Five wrote in an April letter to the Federal Reserve about its so-called Main Street lending program for midsize businesses. But the mall was still in the process of opening in phases it called “chapters” and its mid-March shutdown came just days before the center could open its most standard offering — its retail stores.

Since the mall was first conceived, it has had to grapple with a fast-changing shopping landscape and the bankruptcies of announced tenants like Barneys New York and Toys “R” Us, as well as the fact that the county where it is based prohibits retail sales on Sundays. This year has spurred another wave of bankruptcies from major chains, including announced tenants like Lord & Taylor and Century 21.

Mr. Ghermezian said that the shopping center lost “very, very few tenants” and that those that had exited because of the pandemic were replaced. He said that if not for the shutdowns, as many as 200 of the mall’s retail and food tenants would probably have opened this month. As of last week, he said, about 90 were open, including the biggest Zara in the United States and the flagship for the fast-fashion chain Primark.

Investors and local politicians, including in the borough of East Rutherford, have been concerned about the future of American Dream.

“We thought the Xanadu project would be open by 2007,” said James Cassella, the former mayor of East Rutherford who retired in 2019 after more than 20 years in the role. Even after Triple Five entered the picture, he said, “there were more opening dates on this than you could imagine.”

“There was always something that delayed it from Day 1,” he said. “Building, financing, economy, interest rates — you name it.”

Mr. Cassella said that East Rutherford negotiated annual payments from American Dream that went out for decades, with additional money coming in after the mall opened. The borough was also looking forward to jobs created by the development.

But public records show that American Dream is behind on its payments to East Rutherford. In January, East Rutherford voters also narrowly approved a $35.5 million, 20-year bond to fund improvements at its schools after officials said money from the American Dream development would help mitigate the tax burden for residents. The bond became a point of contention during local elections this year as concerns built around the shopping complex. East Rutherford representatives didn’t respond to requests for comment.

When the mall reopened for business on Oct. 1, Lisa Washburn, an analyst for Municipal Market Analytics, took a research trip to see what the first back-to-business day looked like. The crowds were sparse, she said, and many stores had more workers than customers. (She bought $14 worth of gummy bears at the IT’SUGAR candy store.)

The development sits on state land and was able to obtain tax-free debt financing through a series of bonds that could carry risks to investors.

Ms. Washburn said there was very little transparency into the mall’s finances for bond investors to look at so it was difficult to obtain an accurate picture of its situation. “The disclosure is very poor,” she said.

Investors are also watching a $27 million debt payment that is due next month.

When asked whether the debt payment would be made, Mr. Ghermezian said, “We are working with our lenders on a regular basis to put a plan in place that allows the center to continue to flourish.” American Dream is also working out other payments, including those to East Rutherford, he said.

“Yes, there’s some money that is owed,” he said. “But again, not unlike any other developer in the country that has had their projects shut down across the board, we need to work as true partners with the municipalities, with lenders, with tenants, to make sure everyone is taking a fair position and fair share in how to manage this pandemic.”

Mr. Ghermezian said that Triple Five still intended to build out “a couple million more square feet” in the Meadowlands, with plans in place for a convention center and roughly 3,000 to 3,500 hotel rooms. The firm anticipates that once tourism recovers, people, especially families, visiting New York would stay at American Dream before traveling into the city.

Triple Five, which is named for three generations of the Ghermezian family and its five founders, is also continuing to pursue a similarly ambitious mall project in Miami, though perhaps at a slower pace than it did before Covid-19, Mr. Ghermezian said. While he acknowledged the challenges facing shopping centers, he said that projects like American Dream stood apart from typical malls and stores.

“You’re going to see a hell of a lot of shopping centers foreclosed on this year,” he said. “The last guys remaining will be successful and we firmly believe, 100 percent, that is American Dream in this market.”

For now, American Dream is working to persuade people to visit. Since reopening, it has waived its parking fees. In ads on social media it has highlighted its social-distancing and virus-safety guidelines. The ads urge people to shop, visit characters like SpongeBob SquarePants at the Nickelodeon theme park and escape the cold in the mall’s water park, where the temperature is maintained at 81 degrees Fahrenheit.

“If there was no pandemic, I would be afraid we’d be getting too much traffic in American Dream,” Mr. Ghermezian said.

Joel Brizzi, a former East Rutherford councilman, said that though he had long been optimistic about the project and Triple Five, he was concerned about the mall and whether it could withstand a second pandemic-related shutdown.

“How long can you keep going without any revenue?” Mr. Brizzi said. “The jury’s still out on whether it’s going to survive.”

Mr. Cassella, the former mayor, said that he was also worried about the mall’s ability to weather the pandemic.

“There are always people that say, ‘I hope this place fails,’ but it wouldn’t be good for anybody if this thing fails,” he said. “It would be an absolute disaster for the state for sure, the complex, and quite frankly, East Rutherford would lose out because we’ve gone so far with it. It would be a big revenue loss.”

Maca root can boost sexual libido and help to reverse the symptoms of erectile dysfunction, according to studies. Sperm numbers were increased […] 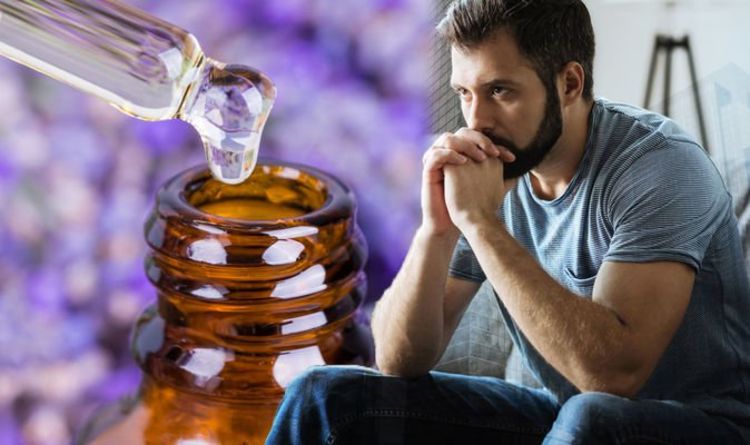 Public Health England reported that one in four people in the UK are taking potentially addictive prescription medicines such as Benzodiazepines. This […] 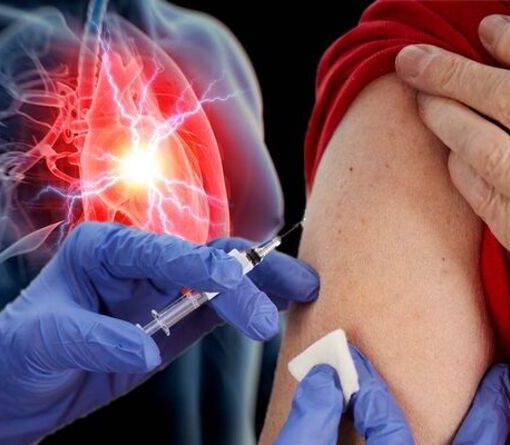 What are the symptoms of cardiac arrest? According to the Mayo Clinic, the signs include: Sudden collapse No pulse No breathing Loss […] Princess Eugenie is due to marry Jack Brooksbank this October at St. George’s Chapel, Windsor Castle. However, Eugenie has landed herself in […]