Those who screw up their faces sneering as they contemplate the latest incarnation of Maradona, the one who had difficulties walking, struggled to talk, embraced [Venezuelan president Nicolás] Maduro and did whatever he felt liked, would be better off abandoning this farewell which embraces the genius and absolves the man. They will not find a single reproach here because the footballer had no flaws and the man was a victim. Of whom? Of me or of you, for example, who at some moment must have eulogised him pitilessly.

There is something perverse about a life that fulfils all your dreams and Diego suffered the generosity of fate like no other. The terrible, terminal journey from human to myth divided him in two: on the one side, Diego; on the other, Maradona. Fernando Signorini, his fitness coach, a sensitive, intelligent man who may well have known him better than anyone else, used to say: “I would follow Diego to the end of the earth; I wouldn’t follow Maradona to the corner.”

Diego was another product of the poor, humble neighbourhood in which he was born. Fame came young and with it a glorification that set in motion a series of consequences, the worst of which was the inevitable temptation to scale the heights of his legend every day. In an addictive personality, that was a fatal need.

If football is universal, so is Diego, because Maradona and football are synonymous. But at the same time, he was unequivocally Argentinian, which helps to explain the emotional power he has always had in our country, handing him impunity. Because he was a genius he stopped having limits imposed upon him from adolescence and because of where he was from he grew up proud of his class. Such was his symbolic, sentimental power that with Maradona the poor defeated the rich and the unconditional support that came from below was proportional to the mistrust from above. The rich hate to lose. But in the end even his greatest enemies were forced to bow to him. They had no other choice.

He wasn’t much more than 15 when he began to apply for the post of God of football. He did so, moreover, in a country that embraced him, emotionally, like a messiah because in Argentina this is a game that only reaches the mind via the heart. The fascination for his art, brought from the street to the stadium, transcended fan allegiances. It did not matter what shirt he wore; he was Argentinian and that was sufficient to unleash pride in the people.

As it was his work, not his life, that made him great, let’s start there. There is an early image of Diego, a poor boy in a humble setting, controlling a ball with the concentration of a bureaucrat and the happiness of a child, mastering the toy of his life. First with his left foot, then with his head, he does not let it drop. The scene is like an amiable discussion, a gentle argument with a ball that still occasionally rebels against him, still resists but will soon join him. In the image, it is about to escape but Diego does not let it; instead he controls it, subjects it to his will, wins it over. He does not control it, he tames it. He is not much more than 10 years old, and there is a glimpse of the virtuoso already, but the ball and Diego are still getting to know each other.

The ball and its master: an idyll that grew with time, to the point that watching them together was a spectacle of its own. When he trained, to give but one example, he would send it high into the sky with a touch that only he could understand still less apply and while the ball travelled on its journey, he would do exercises below, as if he couldn’t remember that he had left it hanging up there. When at last the ball fell to his level, he would look up, acting as if he was surprised to see it there, send it sailing back into the sky and forget about it for a while longer, until it returned to him again. He knew exactly where and when they would be reunited; his precision, his command, ensured that. His infinite repertoire left you with a complex.

We were in Berlin waiting for a game one time when Carlos Bilardo, the Argentina manager, insisted on the need to perfect our technique. As he was never a man to stop short of obsession, he kept repeating that an Argentinian player should live life with the ball permanently at his feet: “Morning, afternoon, evening and night with the ball.” He repeated it day after day, until one day Maradona came out of his room juggling the ball, took a lift juggling the ball, arrived in the dining room juggling the ball, sat down and, without letting it drop, began to nibble at the bread on the table. Bilardo came in, saw him and a smile stretched across his face, proud to be proven right. “See?” he said, “that’s why he’s Maradona.” Every time I told that story, it made me smile; today, it comes to me wrapped in sadness.

The virtuosity he reached with the ball, so admired by us all, was taken to the game itself, his understanding such that he made a habit of perfection. He had the peripheral vision of an owl; the elegant nobility of a magician performing an illusion that tricks everyone; the power of a 4×4 to pull away, escaping; flawless passing to combine with teammates; lethal shooting, and a Napoleonic personality with which to go into the greatest battles.

Nowhere was he as happy as on the pitch, where he had a date with his true love: the ball. And yet, out there he also had the ability to dominate the stage, as if he did not feel part of the team, but unique, alone. More like a rock star sending the crowd wild than a footballer. That self-assurance he had with the ball, that abusive superiority over it, dominance, became part of his mentality, forging him until that dark day when the personality became bigger than the person. He was different, he felt different, he behaved differently.

Somewhere in that reflection, two ideas formed that, misunderstood, may offend and which must be clarified. First, when I suggested that he was more singer, more star, than footballer. It is an image that aims to exalt the soloist, there in the spotlight, never to diminish the footballer. He lived and died with a footballer’s soul. Second, his status as a soloist, an individual: he stood out from the team, shining with an incomparable light of his own, but not only did he feel part of the team, he was generous with his teammates, committed to them. The happiness he felt on the pitch became solidarity, making him brave, talented to the point of exhibitionism and as competitive as a starving man. That is why I am convinced that just being able to tread that 100 x 70 metre carpet of grass, and do so gloriously, made life worthwhile for him.

Given that this account must talk too of Diego’s life of excess, we have to go to Naples, where in eight years lived with the intensity and incident of a century, his football took Napoli to heights they had never known before and brought glory that was new even for him, but where his life went off the rails. Pleasure and pain, light and dark, the tallest peaks and deepest wells. Health, which was football. And sickness, which infected his life. No one that I know of underwent such a long, torturous journey.

At both ends, in both incarnations, on the pitch and in life, resided a superman. On the pitch because, surrounded by normal players, he was stronger even than the referees, the power of the north, Arrigo Sacchi’s Milan, and Naples’ own history of poverty, in sport and society. It was him against the world. And he won.

At the 1986 World Cup, where he played as if in a state of grace, his genius reached its highest peak the day he defeated England. Here we find the words Homer applies to Ulysses, the same descriptions applied to the hero of the Odyssey: sagacious, cunning, astute, shrewd, artful, crafty, deceitful, tricky. Diego’s football was built on beauty, creativity, pride and bravery and, that afternoon against England, upon a deep feeling for Argentina too, as well as on his talent and awareness. Diego scored a goal that was stratospheric and another in which he cheated. And that is the best example of a phrase that gets used so often and in moments less appropriate than this: he was above good and evil.

In his life there resides a superman too because if Jesus Christ rose again on the third day, which isn’t easy, Maradona rose again at least three times, which isn’t easy either. His physical strength was comparable to his footballing genius. All of his many excesses were an attack on his sport, his craft, and yet they still did not ruin his extraordinary talent, nor prevent it from being expressed, even though he sometimes played in alarming condition. In admiration and pity, many different emotions coexist. Today even the ball, the most inclusive, shared of toys, feels alone, inconsolably weeping for the loss of its owner, its master. All of those who love football, real football, cry with it. And those of us who knew him will cry even more for that Diego who, in recent times, had almost disappeared beneath the weight of his legend and his life of excess. Goodbye, great captain.

Defending champion Clemson is No. 1 in The Associated Press preseason Top 25 for the first time. The Tigers received 52 first-place […] 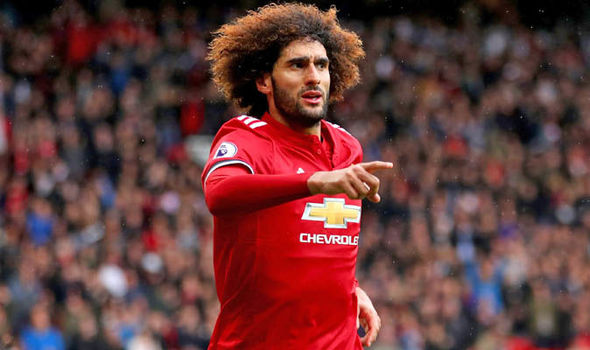 That’s according to Emre Sarigul, who says the midfielder’s agent has been in talks with Besiktas and Galatasaray. Fellaini has experienced mixed […]

For an event that claims to exist in the rarefied air far above politics, it’s remarkable how often the Olympics is used […] 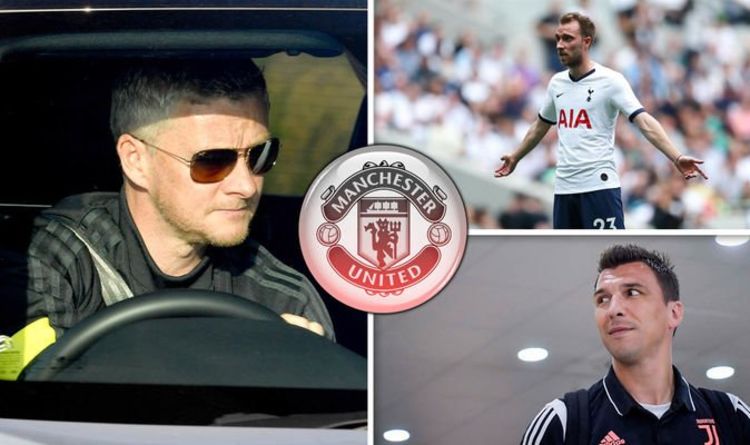