Tanya Saracho landed her first television writing job on the Lifetime soap “Devious Maids” in 2012. She was a diversity hire.

It’s an official term for a practice meant to encourage inclusion. In an effort to make writers’ rooms — long the bastion of white males — more diverse, studios pay the salary of a minority writer so the show doesn’t have to. Ms. Saracho finds the idea noble but also inescapably problematic.

“You get otherized and marginalized and then you are expected to be the culture negotiator and ambassador and defender of every culture, not just yours,” Ms. Saracho, 44, said in a recent video interview. “It’s a big burden. I almost quit every day.”

Instead, Ms. Saracho persevered and achieved success in an industry that hasn’t always been welcoming to her: a queer writer interested in exploring her Mexican-American heritage on television. She wrote for HBO’s “Looking” and “Girls” and spent time on Shonda Rhimes’s “How to Get Away With Murder.” Her big break came when Marta Fernandez, then the senior vice president of original programming at Starz, invited her to create a show, “Vida,” about two estranged sisters returning to their East Los Angeles neighborhood of Boyle Heights to bury their mother. The show, which made its debut in 2018, tackled issues of gentrification and assimilation through the prism of family. It was well-reviewed and for three seasons served as an example of what’s possible when underrepresented voices are given a chance to succeed.

But “Vida” was canceled in March. That was followed by ABC ending the sole network TV show with a primarily Latino cast, “The Baker and the Beauty,” in June. And though CBS reran the truncated fourth season of the Latino-centric reboot of “One Day at a Time” in October, the fate of that show remains unclear. (Netflix first canceled it in 2019.)

To many Latinos working in Hollywood, it seems that every gain is soon followed by a loss, a continuous ebb and flow that never feels rectified.

“It’s great ‘Vida’ existed, but ‘Vida’ is now gone,” said Ms. Saracho, who began her career as a playwright in Chicago, where she co- founded a theater company and an alliance for Latino playwrights. “‘One Day at a Time’ is gone now, too. We haven’t arrived.”

According to a Writers Guild of America West study issued in June, while Hispanic-Latinos account for 18.3 percent of the population, they represent only 4.7 percent of feature film writers and 8.7 percent of television writers. The University of Southern California’s Annenberg Inclusion Initiative called Hollywood’s treatment of Latinos both behind and in front of the camera “an erasure” in a 2019 study.

The grim stats, coupled with personal experiences, prompted Ms. Saracho, Gloria Calderón Kellett (“One Day at a Time”) and the 16 other Latina showrunners who make up the Untitled Latinx Project group to start promoting their own cause.

In the middle of October, on the final day of National Hispanic Heritage Month, the group delivered an open letter to Hollywood demanding change in an industry that has long overlooked them. It bore the names of 276 Latino creative people, including film screenwriters and well-known names like Lin Manuel-Miranda, John Leguizamo, Eva Longoria and the writer and producer Phil Lord (“Spiderman: Into the Spiderverse”). And it made specific demands: Stop telling our stories without us, start greenlighting more of our projects, reflect the diversity of our population and hire us for projects that aren’t about the Latino community.

The letter arrived in Hollywood’s inboxes shortly before the 2020 election, which shined a spotlight on the diversity of Latinos in the United States. Latinos make up the second-largest voting group in the country, but they defy blanket classification. For example, Latinos in Florida and Texas, including many of Cuban and Venezuelan descent, leaned toward President Trump, while young progressive Latinos in Arizona, including a number of Mexican descent, favored Joseph R. Biden Jr.

It was a stark reminder that grouping Puerto Ricans, Cubans, Mexican-Americans and others into one monolithic racial group, as Hollywood has done for decades, diminishes their disparate experiences and concerns. Stacy L. Smith, the founder of U.S.C.’s Annenberg Inclusion Initiative, said in an interview that Latino characters in Hollywood movies are most often depicted as “criminals, as low income, as immigrants, as isolated, as hungry.”

Representative Joaquin Castro, Democrat of Texas, who leads the Congressional Hispanic Caucus, went further, arguing that these depictions have real-world consequences. In a recent column in the Hollywood trade publication Variety, he wrote, “You can draw a clear line from the pervasive lack of positive Latino representation onscreen to the rise in hate crimes against our communities.”

The Untitled Latinx Project is one of the groups trying to change that. Last year, the women partnered with Franklin Leonard and his company, The Black List, which aims to promote the best unproduced screenplays in Hollywood, to create the inaugural Latinx TV List. It showcases one-hour and half-hour original pilots written by at least one Latino writer and featuring a Latino or Latin American character in a prominent role. The top three finishers landed deals with the streaming service Hulu. Many secured agency representation.

“We found 10 great writers who just happen to be Latinx who are just as good as anybody else that is already as a professional working writer,” Mr. Leonard said.

Advocates say that findings like that demonstrate how Hollywood’s issue is not a lack of creative voices to choose from but a lack of executives willing to take a chance and nurture new talent.

“If people are as committed to diversity and inclusion as they say they are, then they would make different choices,” Ms. Calderón Kellett said. “That’s why Tanya and I are pretty loud about talking about the inequality that we see consistently and trying to call for some real change.”

Ms. Saracho, for one, recognizes that without Ms. Fernandez at Starz, “Vida” never would have happened. “Who knows how she championed me and what battles she had to fight that I never saw,” said Ms. Saracho, adding that Ms. Fernandez also encouraged her to direct. “That’s what happens when you have one of you in the castle.”

But Ms. Fernandez left Starz last year for a job running the television department at Macro, a production and finance company intended to bolster voices of color. In addition to developing new shows with writers of color, she is also grooming executives of color who she hopes will one day land decision-making spots at the studios.

Ms. Saracho is now in London, collaborating with the indie musician Johnny Flynn on a new pilot for Universal Content Productions called “Love Story” that centers on one heart-wrenching love story a season. The debut will focus on two Mexican-American childhood friends living in London who fall in love with the same singer-songwriter. (Mr. Flynn is writing the music and helping Ms. Saracho navigate the world of the anti-folk British indie music scene.)

Ms. Saracho is energized by the project and encouraged by the response her group’s letter has received. But she knows there is a long way to go.

“I don’t understand why they don’t take a chance on us but they will take a chance on the most tepid refried-bean cop show,” she said. “I think it’s a side effect of how we are viewed in this country, in a stereotyped way, a limited way. Those winds waft to Hollywood and it sort of seeps in everywhere. It hurts.” 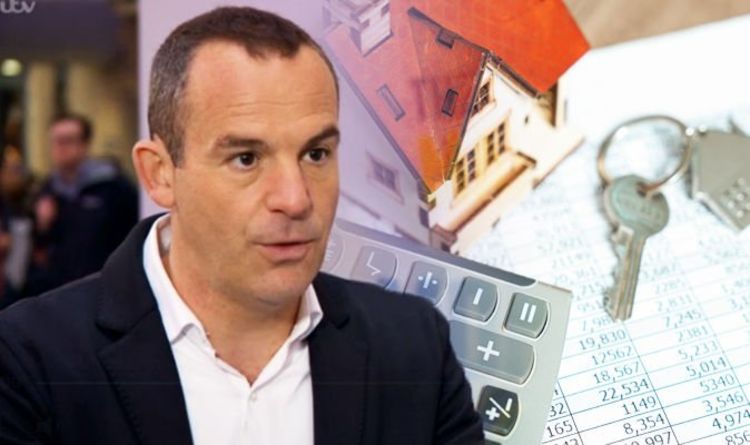 Last night Martin Lewis appeared on ITV on the The Martin Lewis Money Show. It is season eight of the show, which […] 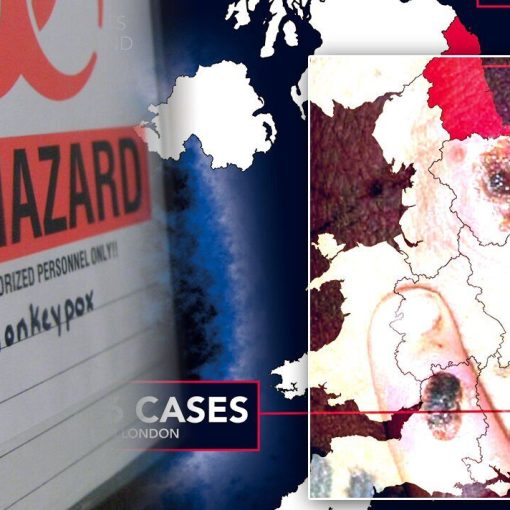 Four new cases of monkeypox virus have been detected in parts of the UK, with patients currently being treated in specialist infectious […] 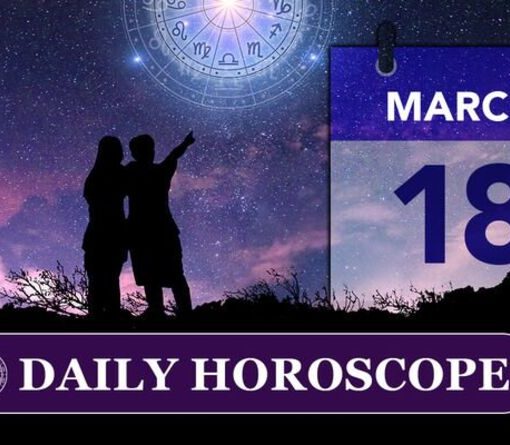 Sixth house themes of routines, healthy habits, work, jobs, and even pets come to the forefront today. Astrology.com’s mystic warned: “It is […] 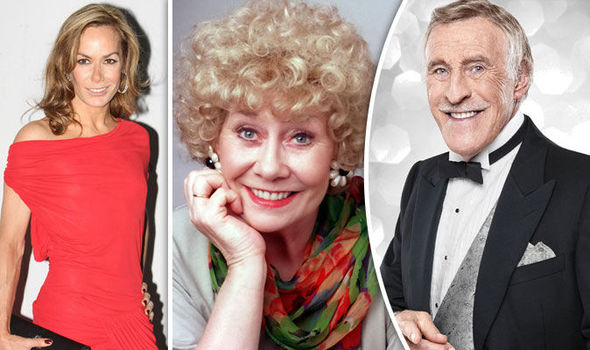