Berlin (CNN) — As the crucial Christmas holiday season approaches, European relations could turn frosty over the issue of skiing.

Germany is seeking a coordinated EU approach to keeping ski resorts shut in Alpine countries in order to limit the spread of coronavirus. However, reaching an agreement with neighboring Austria is proving challenging, German Chancellor Angela Merkel indicated Thursday.

“We will once again appeal to our citizens to avoid all unnecessary contacts. That also means private trips, tourism trips. The ski season is approaching. We are trying to come to an agreement in Europe on whether we manage to close down all ski resorts,” Merkel told lawmakers. “Unfortunately… when we hear from Austria it does not seem we can succeed easily, but we will try once again.”

Austrian slopes are meant to be open this year but with restrictions differing from resort to resort, according to the Austrian government. “Apres-ski” will be banned, however, and ski gondolas will be out of commission, it said.

Some slopes have already opened for skiing in Switzerland, which is not an EU member. Resorts in Sweden, which has tightened restrictions in recent days but has never imposed a national lockdown, are also open for skiing.

On Wednesday, Germany extended its nationwide partial lockdown until December 20, with the measures likely to be extended into January. Merkel has urged Germans to remain at home over the festive season.

“We have to say, unfortunately, that we cannot promise an easing for Christmas and New Year,” she said Thursday, although gatherings of up to 10 people, not including children, are expected to be permitted between 23 December and 1 January.

“Christmas can be a safe period. We do not want the festive period to be a spreader event,” Merkel said, adding that “it is up to each and every one of us” to adhere to the restrictive measures.

German states called on the federal government at a meeting Wednesday “to work at the European level to ensure that ski tourism is not permitted before January 10.”

During the first wave of the coronavirus pandemic, hundreds of Covid-19 infections across Europe were traced back to ski resorts in Austria. Among them were many Germans who were infected at the Austrian ski resort of Ischgl.

Ischgl and its neighboring villages draw around 500,000 visitors each winter, with high-profile celebrities and politicians among them in previous years.

Ischgl and its neighboring villages draw around 500,000 visitors each winter, with high-profile celebrities and politicians among them in previous years.

Regional authorities in Germany’s largest federal state, Bavaria, announced on Tuesday that its Alpine slopes would be shut throughout the holiday season, in light of Germany’s current high rate of daily new coronavirus infections.

“We just can’t have the classic ski holidays,” Bavaria’s Prime Minister Markus Söder said. “It would be bad if after the Christmas holidays the (infection) numbers go up again because of ski adventures.”

Söder also warned that the EU should have a unified approach for the upcoming skiing season: “If we want to keep the borders open we need a clear agreement on skiing. Otherwise things will get difficult.”

Austria entered a second national lockdown on November 17, with schools, non-essential shops, hotels, restaurants, bars and pubs closed until December 6. It’s not clear what impact the expected lifting of the lockdown on December 7 will have on the ski season.

”Italy’s push to open the ski areas from 10 January at the earliest would mean a loss of sales of 500 million euros per week in Austria,” Lamezan-Salins said. He added that Austria was the destination for every second booking during the winter season in the EU and that tourism represents around 15% of Austria’s GDP.

On Tuesday, Austria’s Minister of Finance Gernot Blümel said the pandemic was an enormous threat to winter tourism and insisted the EU should provide compensation if slopes were forced to remain closed over the Christmas holiday period.

“If the European Union actually specifies that the skiing areas must remain closed, then that means costs of up to two billion euro. If the EU really wants that, then it must pay for it,” Blümel said.

“In Austria, we have been able to set up a revenue replacement system for all those areas that we have officially closed down in a very short time. If ski resorts have to remain closed, then the EU must pay compensation for lost skiing revenues,” Blümel added.

Austrian Chancellor Sebastian Kurz announced in September that Austria’s ski season would go ahead but said apres-ski parties would be banned.

Last month, an Austrian expert commission criticized Kurz for what it said was the government’s poor handling of Austria’s worst coronavirus outbreak in March, when crowds of people with possible coronavirus infections fled the skiing resorts of Ischgl and St. Anton — helping to spread the virus across Europe — before quarantine measures were imposed.

‘We want to be a good example’

If EU nations do all close for skiing over Christmas, Switzerland could see an influx of tourists to its slopes, travel restrictions allowing.

The high-altitude Swiss resort of Zermatt, overlooked by the Matterhorn, is looking forward to welcoming visitors.

Switzerland has done a lot to ensure safe winter holidays for its visitors, she said. The new norm is social distancing in queues, reduced numbers in cable cars, obligatory mask-wearing in ski buses, trains, lifts and gondolas. There is no apres-ski in Switzerland at the moment and currently dining is only happening in hotels. Restaurants may open up starting December 13.

The high-altitude Swiss resort of Zermatt, overlooked by the Matterhorn, is looking forward to welcoming visitors.

“We want to go ahead and be a good example how things can work, so that other resorts can benefit from our knowledge,” Biner-Hauser said.

Zermatt is an all-year-round resort but was closed earlier this year because of the pandemic.

“We have to live with this virus and life has to go on,” Biner-Hauser said.

No skiing in France over Christmas

Some EU nations are taking an approach more in line with Germany’s call for coordinated action ahead of the holiday period.

French Prime Minister Jean Castex confirmed Thursday that the country’s ski stations would not reopen for skiing over the Christmas holidays, although he did not specify what would happen for New Year.

“Regarding ski resorts, we have estimated that the epidemic circulation, but also the situation of hospitals in the regions concerned, in particular in Auvergne Rhône-Alpes and Bourgogne Franche-Comté, do not allow us to envisage a opening for the Christmas period,” he told a news conference.

“But of course, it will be free for everyone to go to these resorts to enjoy the pure air of our beautiful mountains. Shops excluding bars and restaurants will be open. All ski lifts and public facilities will be closed to the public.”

President Emmanuel Macron had warned Tuesday, in a speech outlining a three-stage easing of coronavirus measures, that it was very unlikely that winter sports resorts would reopen for the Christmas holidays.

“It is much better to favor a reopening in January under good conditions. We will coordinate on this point with our European neighbors,” he said.

Having a safe and effective vaccine is a turning point in the fight against the coronavirus pandemic. But there are many challenging steps ahead — from making large quantities to delivery around the world — before a vaccine can have an impact on the spread of the virus.

The first stage of easing is expected to begin on Saturday, with non-essential shops permitted to reopen, as well as places of worship, with a limit of 30 people.

Italian Prime Minister Giuseppe Conte told the LA7 TV program Wednesday that winter tourism was an issue that “needs to be discussed at an European level” and said he had already spoken about it with Merkel, Macron and European Council President Charles Michel.

“We are all aware that we cannot allow indiscriminate holidays on the snow,” he said, because that could fuel a “third wave” of infections.

Conte stressed that it was a “European problem” because if Italy were to decide to close its ski resorts without being supported by similar decisions in Austria and France, Italian tourists could carry home Covid infections from their slopes. 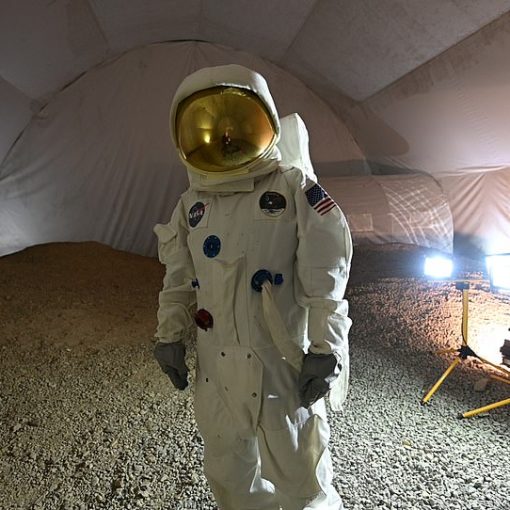 Looking for something cosmic for your next holiday? Then try a simulated space mission inside a former nuclear bunker near the Polish […] 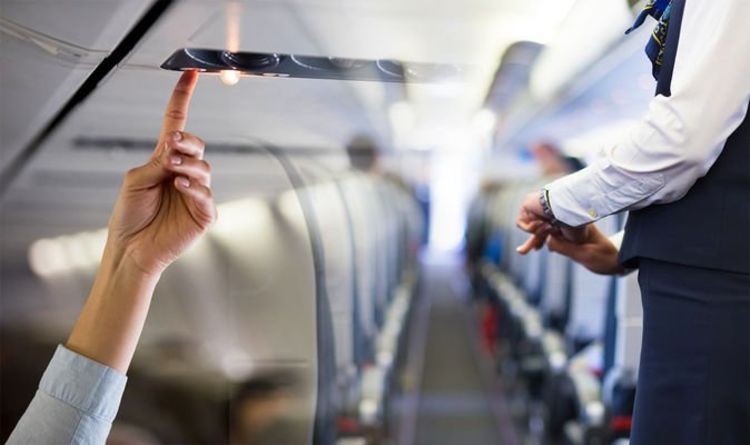 Flights can sometimes be tedious and infuriating for plane passengers. Cabin crew generally deal with most issues calmly – but fliers and […] 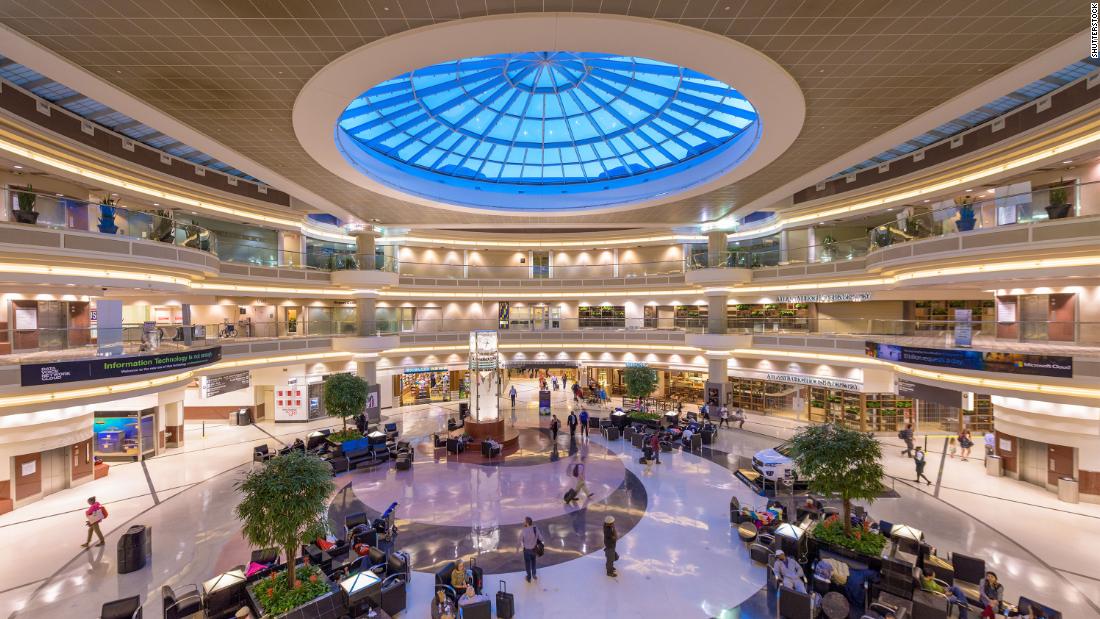 Hartsfield-Jackson Atlanta International Airport was still the busiest passenger airport in the world in 2019. But the pandemic is hitting global air […]

Cruise ship Caribbean Princess, of Princess Cruises, had to return to Florida when gastroenteritis hit the vessel, in the latest cruise news. […]