The latest weekly total for initial jobless benefit claims ticked sharply up to 778,000 last week from 742,000 one week earlier, amid a further rise in coronavirus infections that is clearly dampening the labor market’s rebound.

Economists had predicted the total would be around 730,000.

The weekly data was released one day early by the Department of Labor, in view of the Thanksgiving holiday on Thursday.

While the new weekly total is far lower than the March peak of nearly 7 million claimants, it is still elevated when compared to pre-pandemic levels, which averaged 200,000 a week.

“An uptick this far into the crisis underscores that the coronavirus continues to batter the economy, and the magnitude of initial claims shows no respite from new damage,” said AnnElizabeth Konkel, economist at Indeed hiring services company. “Total weekly initial claims have still not yet fallen below one million at any point during the pandemic.”

While seasonal hiring can sway the jobless claims total from week to week, continuing claims — the number of people who are drawing ongoing benefits — allows a better picture of the total. That number has slowly declined since its spring peak, reflecting that many out-of-work Americans have been hired back or found other positions. However, the declining total also indicates the millions of people whose eligibility for benefits has expired, and who now face long-term unemployment with no state benefits.

The amount of time workers are sidelined is of concern to economists, and remains a worrying indication that millions of jobs across a wide range of service-sector industries might be gone forever.

With a number of promising vaccine candidates on the way, Wall Street has soared to new highs this week. The Dow Jones Industrial Average passed the 30,000 benchmark on Tuesday on hopes that President-elect Joe Biden would get the coronavirus under better control and business activity would bounce back, creating more jobs.

“While there is hope that a vaccine could start to be distributed by end of year, it doesn’t change today’s bleak reality,” Konkel said. “And in any vaccine scenario, a full economic recovery won’t occur instantaneously. Long-term joblessness is looking more likely to be a persistent challenge to a full recovery.”

LOS ANGELES — A 38-year-old man died of natural causes during a taping of the TBS show “Wipeout” last fall, the L.A. […]

FILE PHOTO: An employee works at the A3 and A4 production line of the German car manufacturer Audi, amid the spread of […] 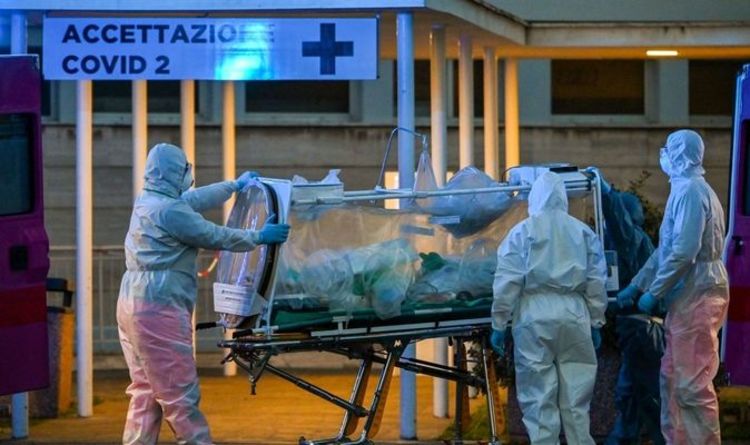