The tournament, the first tennis grand slam of the year, is currently scheduled to get underway on January 18 with the women’s and men’s singles finals taking place on January 30 and 31.

“I’m still confident we’ll have an Australian Open, and we’ll have one in the early part of the year,” Martin Pakula, Victoria’s Minister for Tourism, Sport and Major Events, told reporters in Melbourne.

“It’ll be delayed by a week or two. I think that’s still most likely, it’s not the only option.”

READ: Medvedev battles from behind to win ATP Finals

Tennis Australia says it has been in “urgent talks” with the state government regarding quarantining and bio-security arrangements needed for the Australian Open to go ahead.

“Our intention is to deliver a summer in conditions that allow the players to prepare and perform at their best and the fans to enjoy their efforts — all in an environment that is safe for all concerned,” it said in a statement on Sunday.

Minister Pakula also flagged an “extremely rigorous testing regime, that will apply to the tennis players, both before they leave the port that they’re coming from and when they arrive. And then I imagine consistently through the time they’re in the bubble.”

While a second wave of Covid-19 forced Melbourne into a strict 112-day lockdown over the southern hemisphere winter, the majority of restrictions have now been eased.

There has not been a new recorded case of coronavirus in Victoria since October 29.

The uncertainty over when the Australian Open will start is proving a quandary for some tennis players.

“I’m going to go to Australia when we can to avoid any circumstances that would change your mind about competing there,” ATP Finals winner Daniil Medvedev told CNN’s Christina Macfarlane earlier this week.

“If, for instance, you weren’t able to compete or to train during quarantine just ahead of the tournament, I don’t think the tournament is going to happen.

“[I’m] not complaining that it’s boring or something like this, it’s just that going out from the room after 14 days of not doing anything and [then] playing five sets right away, I think would be really dangerous for the health of any sportsman.

“At least from what was said before, we would be able to practice on tennis courts and practice physically, which is really important. I don’t think it’s going to be possible for anybody to go there [if they] will need to stay in the room for 14 days.”

Mikel Arteta admitted he was “devastated” after being outwitted by his predecessor, Unai Emery, as Villarreal knocked Arsenal out of the Europa […]

After Chris O’Hare had produced the performance of his career to win a European Indoor Championship 3,000m silver medal, he was asked […] 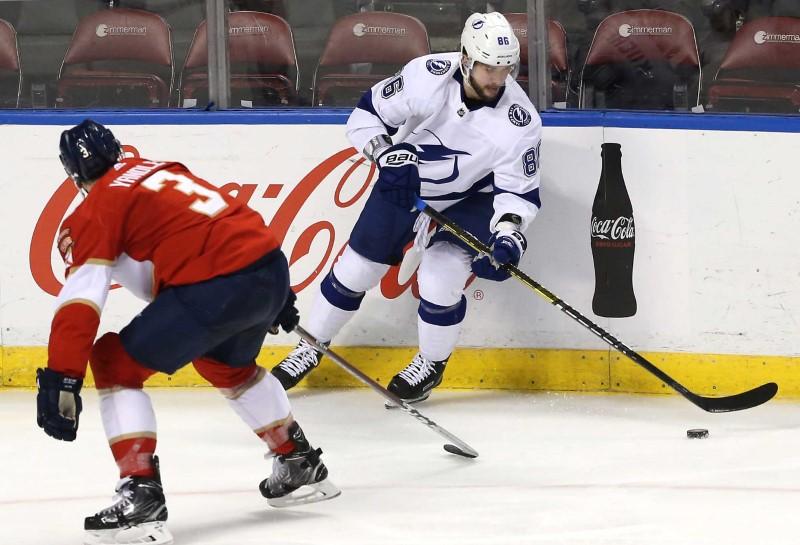 Nikita Kucherov scored the game-winner during a shootout, and the streaking Tampa Bay Lightning overcame Frans Nielsen’s hat trick to edge the […]