By Jane Denton For Thisismoney and Pa

The AA has agreed to be taken over in a £219million deal after 48 hours of last-ditch minute talks to try and find a new owner for the group, which has a £2.6billion debt-pile.

But, there are signs that a ‘limited’ number of head office job cuts could be on the cards as a result of the deal.

The roadside recovery group is being snapped by two private equity companies, London-based Towerbrook and New-York-based Warburg Pincus, with completion of the deal likely to take place early next year. 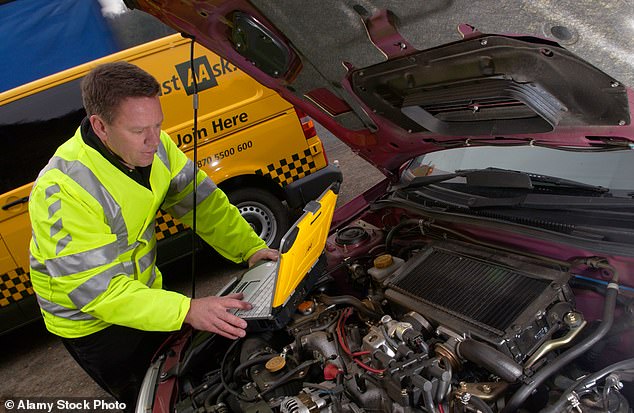 It’s a deal: The AA has agreed to be taken over in a £219million deal after 48 hours of last-ditch minute talks to try and find a new owner

The fresh deal comes six years after an ill-fated stock market float which saw the AA priced at £1.4billion before collapsing to less than a fifth of that value.

AA shareholders will receive 35p-a-share from TowerBrook Capital and Warburg Pincus, who said they both see a long-term successful future for the famous breakdown firm.

The investment firms had until 5pm on Wednesday to make an offer or walk away and said the deal would see them drive the AA’s business forward to ‘better serve its customers and capitalise on its considerable strengths.’

The AA’s chairman John Leach said the board would recommend the deal to shareholders and was in their best interests to vote in favour of it.

TowerBrook and Warburg said previously they would invest £380million into paying down huge debts racked up by former owners, who placed the business in an ill-fated stock market listing six years ago.

Shares first traded in 2014 at 250p-a-pop. The offer from the new owners is 35p-a-share, which was first revealed on Monday as a ‘non-binding’ offer. On Tuesday an extension was given for the offer to be made binding.

The consortium said the offer was made as it ‘recognises that the core strengths of the AA lie in its iconic brand, market-leading positions, and skilled and committed workforce.’

It added: ‘However, the Consortium believes that the AA has been held back as a result of underinvestment and high levels of debt.

‘The Consortium intends to inject additional funds into the AA to deleverage the business and provide it with the operational freedom to drive the business forward, to better serve its customers and capitalise on its considerable strengths.’ 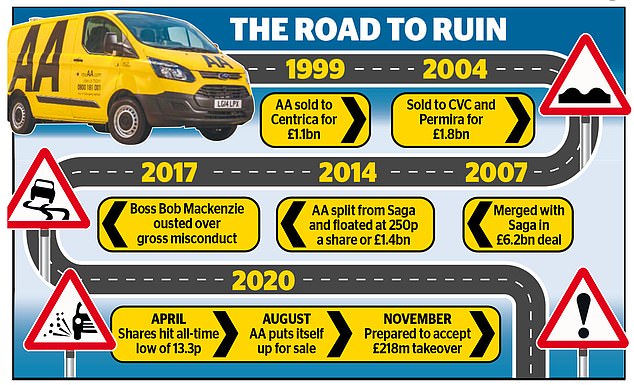 It added that investment would be made in upgrading aging IT infrastructure and offer new products and services through its breakdown insurance division.

The company’s driving schools and financial services also have ‘opportunities to better serve the membership with new products and services from a brand that is held in very high regard and trust by consumers.’

TowerBrook and Warburg added that customer service will need to be improved in order to create a ‘better business for the long-term, at a time when the motoring sector will face both challenges and opportunities with the shift away from fossil fuels.’

Staff were told the new owners would be committed to ‘fully safeguard the existing employment rights of the management and employees of the AA, including regarding pensions, in accordance with applicable law.’

Talks with pension trustees were described as ‘constructive.’

Bosses at the AA had been looking for ways to lower debts since May – as the pandemic left roads clear and breakdowns reduced – but the problems for the company had been set long before due to high debts.

The shift away from car ownership and fewer car journeys being made historically has also left the company soul-searching for ways to make money.

AA was one of the most high-profile listings in 2014, with armchair investors keen to buy into a company which was founded in 1905 and remains a household name.

But the previous owners pumped the firm full of too much debt and a swift listing price of 250p jumped at points to 450p a share, before plummeting and never fully recovering.

During 2017 there was also a boardroom brawl which saw executive chairman Bob Mackenzie sacked following a fight in a hotel bar where a meeting had been taking place. 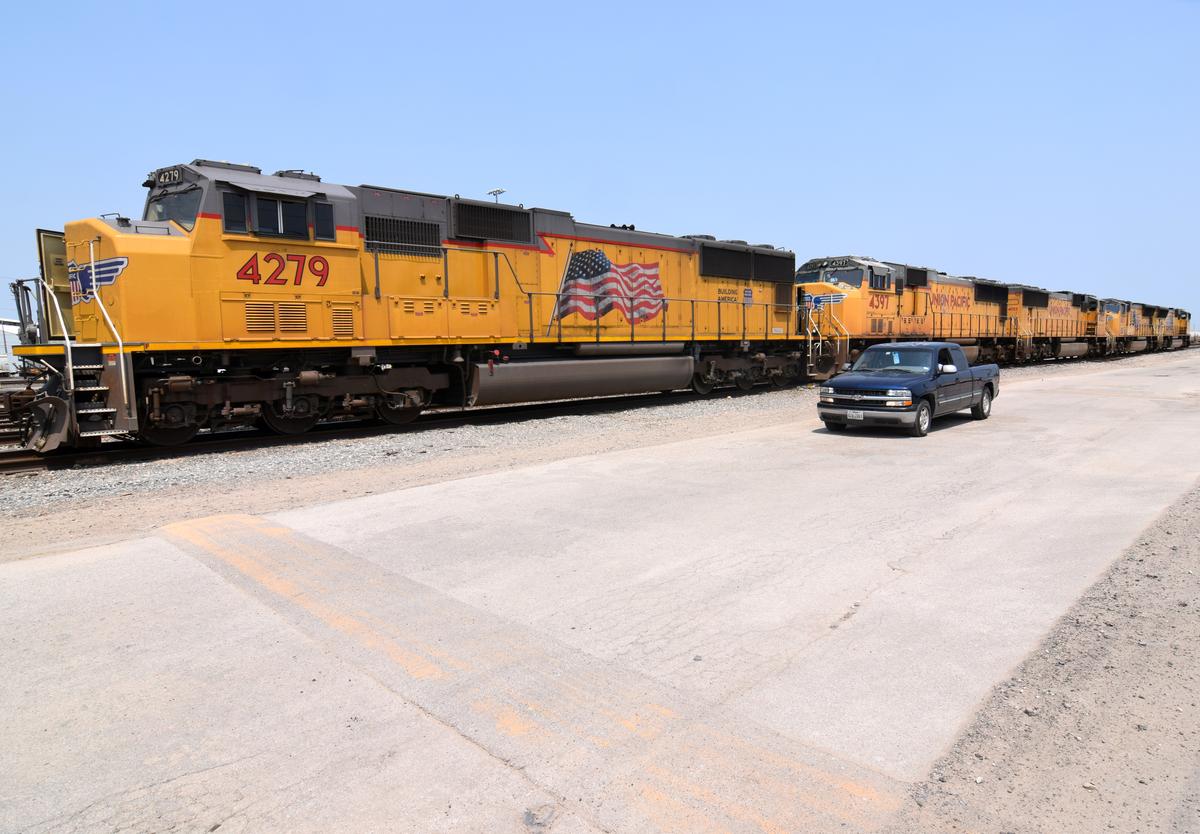 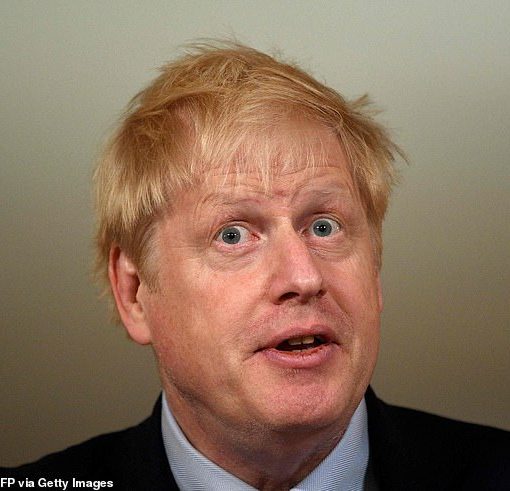 RUTH SUNDERLAND: The Prime Minister is absolutely right that we should aspire to be a highly paid, highly skilled, highly productive economy […] 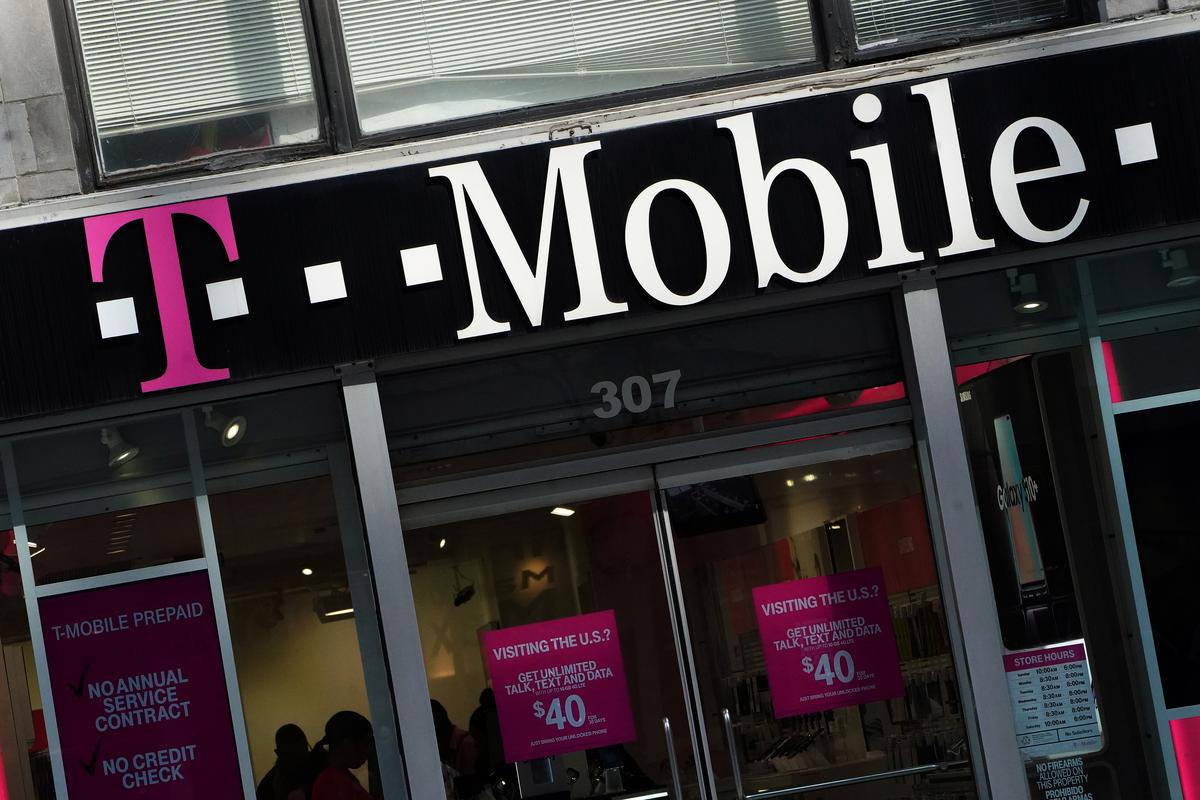