Like many Americans, the chef Nicole Pederson enjoys stretching out on the couch after the turkey and stuffing have been cleared, closing her eyes and losing consciousness for a short time. But 2012 was when she proved she was no ordinary Thanksgiving napper.

She had opened a new restaurant that fall in Evanston, Ill. By Thanksgiving Day, when she showed up at the house of a friend who was going to cook an elaborate, multicourse Caribbean-inspired menu, the long hours had caught up with her.

She took her first nap of the day before noon, shortly after downing a glass of Champagne. She returned to the couch after the appetizer, a squash-and-cheese empanada, and was awakened in time to eat the hearts-of-palm salad. From that point on, she said, “I think I slept between every course.”

Ms. Pederson has never equaled the daring structure and heroic commitment of her serialized nap of 2012, but her friends nevertheless expect her to make at least some effort each November. “They feel like it wasn’t Thanksgiving if they haven’t seen me pass out on the couch somewhere,” she said.

As Ms. Pederson’s friends understand, a great Thanksgiving Day nap can be an inspiration. For some reason, though, journalism on the subject tends to be written as if curling up on the nearest piece of upholstery were a criminal activity.

Some newspaper and magazine accounts of Thanksgiving naps use language more typically found in court reporting and police-blotter items. A 2014 article in The Washington Post noted that while some people had attempted to “blame the turkey” for the grogginess we feel after Thanksgiving dinner, the sides and desserts had been revealed as “the real culprits.” Men’s Journal concurred, reporting that “the bird may not be guilty after all.”

Other writers borrow from medical literature, identifying the relaxed condition caused by drumsticks and gravy as a “food coma.” In this metaphor, the fault is not the meal’s. It is ours, for eating so greedily that we succumb to a self-inflicted, though temporary, brain injury.

One may well wonder how a quick swoon on the sofa became so fraught. We find it adorable that cats, dogs and babies take a short afternoon snooze, but when adults do it one day a year, something must be wrong.

Instead of asking how to prevent naps, why aren’t there more articles giving advice on the best ways to induce one? After all, a napping Thanksgiving guest is a guest who isn’t insulting a family member’s romantic choices, or spouting political beliefs so retrograde they would have shocked George Wallace, or doing any number of other things people don’t do when they’re unconscious.

The subtle shaming of Thanksgiving nappers comes as no surprise to sleep experts. Sara E. Alger, a sleep scientist at the Walter Reed Army Institute of Research in Silver Spring, Md., has been a public advocate for naps, particularly in the workplace, except in cases of insomnia. Along the way, she has had to fight anti-nap prejudice.

“Naps in general have a stigma attached to them as something you only do when you’re lazy or when you’re sick,” Dr. Alger said.

Wrapped inside nap phobia in the United States is often a message reminding us to be productive during what we now think of as normal working hours, although that concept is relatively new.

[Thanksgiving will be different this year. Here are hundreds of our best Thanksgiving recipes from NYT Cooking to help.]

Modern attitudes about napping go back to the Industrial Revolution, according to Matthew J. Wolf-Meyer, an anthropologist at Binghamton University in New York and the author of “The Slumbering Masses: Sleep, Medicine, and Modern American Life.”

“For a long time, people had flexible sleep schedules,” Dr. Wolf-Meyer said. Farmers and tradespeople had some autonomy over their time. They could choose to rest in the hottest part of the day, and might take up simple tasks during a wakeful period in the middle of the night, between two distinct bouts of sleep.

As the 1800s went on, more and more Americans worked in factories on set shifts that were supervised by a foreman. “They work for a total stranger, and a nap becomes totally nonnegotiable,” he said.

Staying awake all day and getting one’s sleep in a single long stretch at night came to be seen as normal. With that came a strong societal expectation that we ought to use our daylight hours productively.

“Even on a holiday, we’re not exempt from those expectations about productivism,” Dr. Wolf-Meyer said. “Even on Thanksgiving. You’re supposed to be doing something, even if it’s watching TV. Our labor on holidays is to interact with our relatives. So the nap is kind of a problem.”

Whether we will have any relatives in the room to interact with this Thanksgiving is another question. Americans are being warned that if they make the trip over the river and through the woods to Grandmother’s house, Grandmother might not make it to Christmas.

To allow families to gather together even though they are gathering separately, Zoom will lift its 40-minute limit for free calls on Thanksgiving. This will allow people to schedule their naps around the video conference, a skill many of them began learning after work-from-home orders came down this spring.

We have a full guide on buying and cooking Thanksgiving turkey, but here are answers to some of your most common questions:

Although there are no hard data so far on whether naps have been on the rise during 2020, sleep scientists like Dr. Alger think it’s likely. The many people who now work remotely no longer need to worry about the disapproving eyes of their colleagues if they want a brief, discreet period of horizontality in the afternoons.

If most offices reopen next year, as now seems possible, perhaps greater tolerance toward the adult nap will be one of the things salvaged from the smoking wreckage of the working-from-home era. (In a tweet last week, Dr. Wolf-Meyer called the pandemic “the largest (accidental) experiment with human #sleep ever conducted.”) In any case, this would be a good year to destigmatize the Thanksgiving nap.

Experts say that people who get seven to nine hours of sleep a day are less prone to catching infectious diseases, and better at fighting off any they do catch. Afternoon sleep counts toward your daily total, according to Dr. Alger.

This immunity boost, she said, is in addition to other well-known dividends of a good nap, like added energy, increased alertness, improved mood and better emotional regulation.

Included under the last rubric is a skill that seems especially useful for dealing with families, even if you never get closer to your relatives this year than a “Hollywood Squares”-style video grid: “Napping helps you be more sensitive to receiving other people’s moods,” Dr. Alger said. “So you’re not perceiving other people as being more negative than they are.”

Napping also helps you remember facts you learned right before nodding off. Given the way things have been going lately, of course, you may not see this as a plus. You could look at it from the reverse angle, though: Every hour before Jan. 1 that you spend napping is another hour of 2020 you won’t remember. 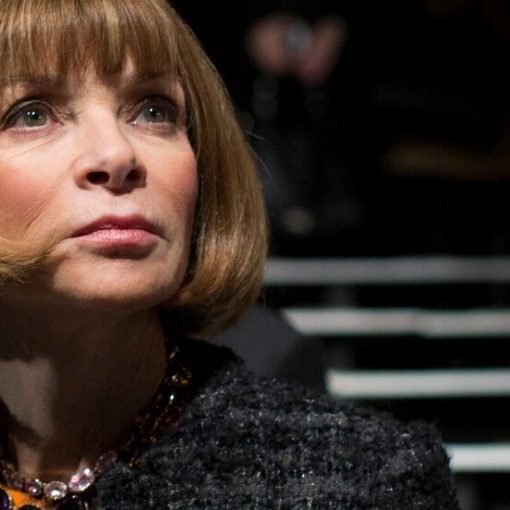 ANNA: The Biography, by Amy Odell In the very first pages of “Anna,” a semi-authorized biography of the Vogue editor Anna Wintour, […] 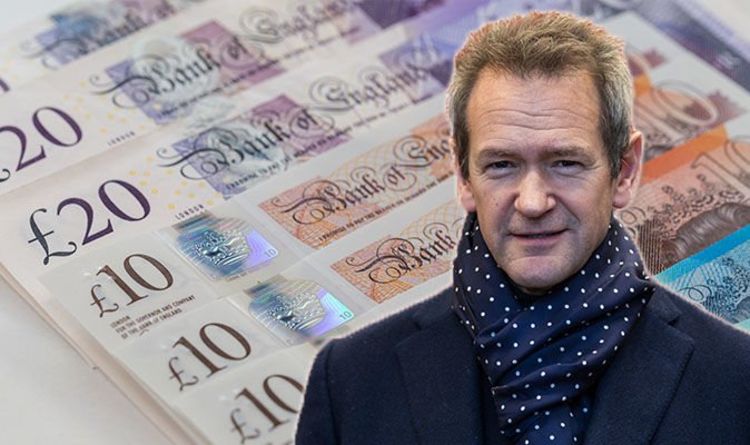 Alexander Armstrong, 48, will be on TV screens tonight hosting ITVs Best Christmas Ever, joined by celebrity guests to discuss what makes […] 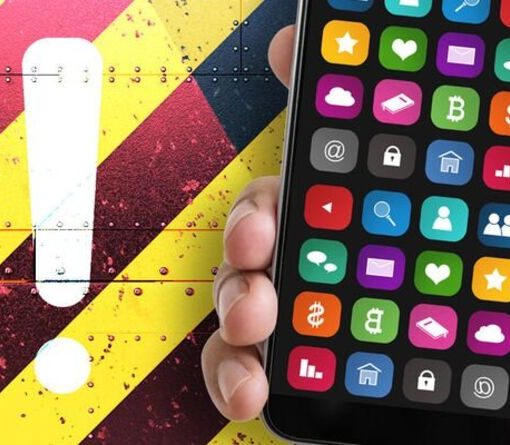 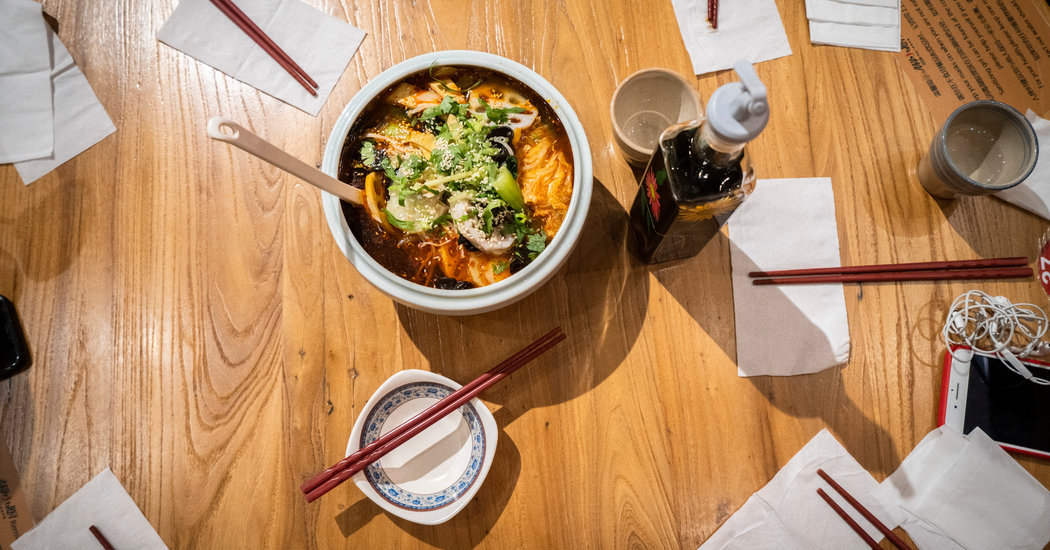