Skip to content
What’s happening: Yellen — who, if confirmed by the Senate, would be the first woman in the role — will be tasked with shepherding America’s economy out of the pandemic, as well as addressing rampant inequality made worse by the Covid-19 crisis. In a time of deep partisanship, that’s a very tough role.

The battle lines of Yellen’s first big fight are already being drawn as the need for additional government aid becomes more acute.

House Democrats under Speaker Nancy Pelosi and Republicans led by current Treasury Secretary Steven Mnuchin have been unable to agree on another spending package to help struggling Americans and businesses since March. Now, as Covid-19 cases surge, forcing a wave of new restrictions from local leaders, the urgency is rising.

The situation could be even worse by the time Yellen takes the reins. A new model from Washington University in St. Louis projects that Covid-19 cases in the United States could nearly double over the next two months, demanding a rise in social distancing measures.

Yellen, who led the Fed from 2014 to 2018, when the US economy was still recovering from the 2008 financial crisis, has made her position on the necessity of more stimulus clear.

“While the pandemic is still seriously affecting the economy, we need to continue extraordinary fiscal support,” she said in a Bloomberg TV interview in October.

The question is whether Congress will cooperate. Wall Street has now largely written off the expectation that something can get done this year, with little progress made since the election.

Looking ahead: Control of the Senate — which could give Republicans significant leverage — comes down to a set of runoff elections in Georgia in early January. This will be crucial for determining the path forward, according to Goldman Sachs’ Alec Phillips.

“Senate control is probably the most important factor in determining the total amount of fiscal support,” he said in a recent research note. “Fiscal stimulus is likely to be much smaller under a divided Congress and the size is likely to grow smaller the longer it takes Congress to pass legislation.”

Yellen is known as a clear communicator. But she may have trouble achieving her aims given the conditions.

Wall Street’s take: Investors like Yellen, who they see as in sync with current Fed Chair Jerome Powell.

Both Yellen and Powell are considered doves who will be in favor of keeping policies supportive of the economy in place for some time. Powell and Mnuchin, meanwhile, have clashed recently over the Trump administration’s decision to pull the plug on emergency Federal Reserve lending programs.

Wall Street also sees Yellen as known entity who is not expected to be as bold as, say, Sen. Elizabeth Warren in pushing for regulation of corporate players like big banks.

But my CNN Business colleague Matt Egan notes that in early 2018, Yellen imposed unprecedented sanctions against Wells Fargo (WFC) for “widespread consumer abuses.” The penalties, which remain in place today, hobbled the bank, which has yet to recover.

The US General Services Administration informed President-elect Joe Biden on Monday that the Trump administration was ready to begin the formal transition process. But Corporate America hasn’t wasted any time orienting itself for the Biden era, my CNN Business colleague Paul R. La Monica reports.

“I want to wrap up by saying congratulations to President-elect Biden,” Walmart CEO Doug McMillon — who also serves chairman of the prominent Business Roundtable — said during the retailer’s earnings call last week.

“Biden, throughout his career, has shown a tendency toward pragmatism,” Kevin Chavous, president of academics, policy and schools for online learning company K12, said during a virtual investor day last week. “He has never really ventured too far to the left, and he’s often gone out of his way to open doors to conversations with leadership in Congress on the right.”

Others have been busy trying to figure out what Biden’s policies, particularly on issues such as trade and regulation, will mean for their bottom lines.

And the lobbying is already beginning in earnest.

“Your planned investment in American-made goods is critical to U.S. innovation and technology leadership,” Swan wrote.

The bulls are firmly in control of stock markets as vaccine optimism takes hold, driving expectations that indexes like the S&P 500 — which recently hit a record — can keep pushing higher next year.

See here: The CNN Business Fear & Greed Index, which tracks market sentiment, is now in “extreme greed” territory, having risen in the past week.

Strategists are rolling out ambitious targets for the stock performance next year, despite a lack of clarity on the mechanics of vaccine distribution.

Ed Yardeni, president of Yardeni Research, told clients on Tuesday that he now thinks the S&P 500 could hit 4,000 points by the end of next year, pointing to the number of companies revising profit expectations higher. That would be a nearly 12% jump above the index’s Monday close.

“The rebound in 2020 consensus earnings expectations has been remarkable under the (pandemic’s) circumstances,” Yardeni said.

Goldman Sachs is even bolder, predicting that the S&P 500 will hit 4,300 — a 20% jump over current levels — by the end of 2021. While hope has driven markets higher for much of this year, the bank thinks the next phase of the rally is about to set in.

“From a market perspective, the crucial issue now that the [US] election is out of the way is what will happen to growth,” Goldman’s strategists said. “This is now increasingly dependent on a Covid vaccine.”

Coming tomorrow: Initial US unemployment claims for last week are expected to come in at 730,000, down slightly from the previous week. 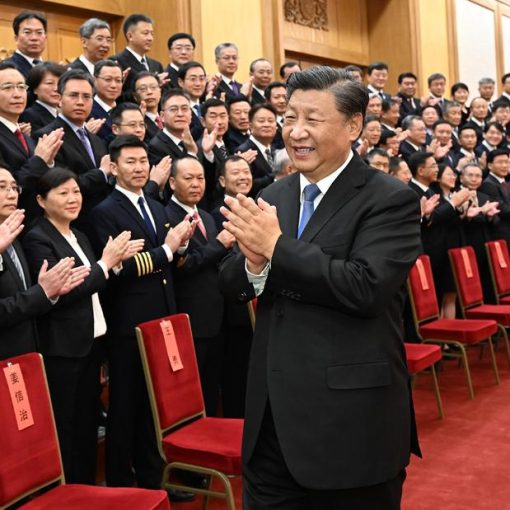 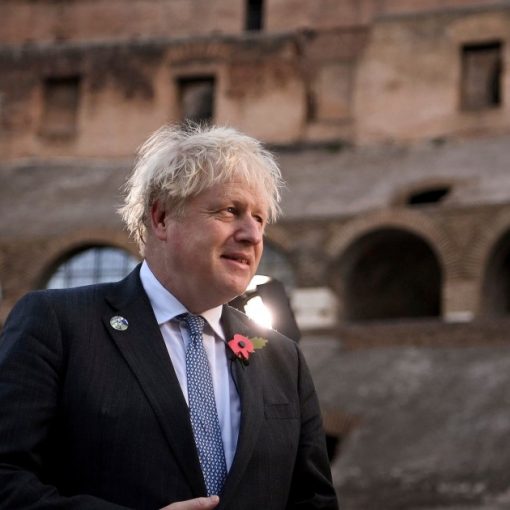 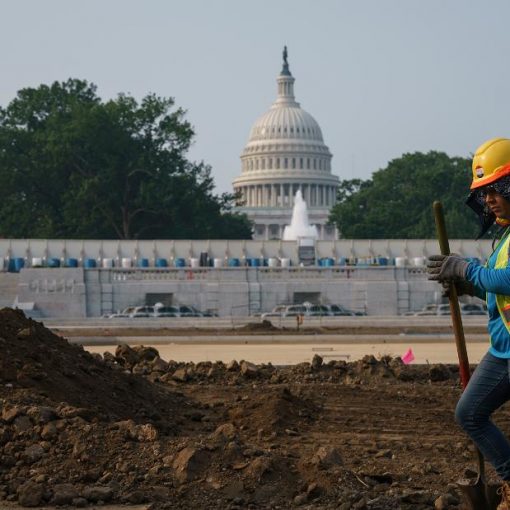 But its fate hinges on more visceral considerations. The new President’s ability to push his massive plans through the House and Senate […] 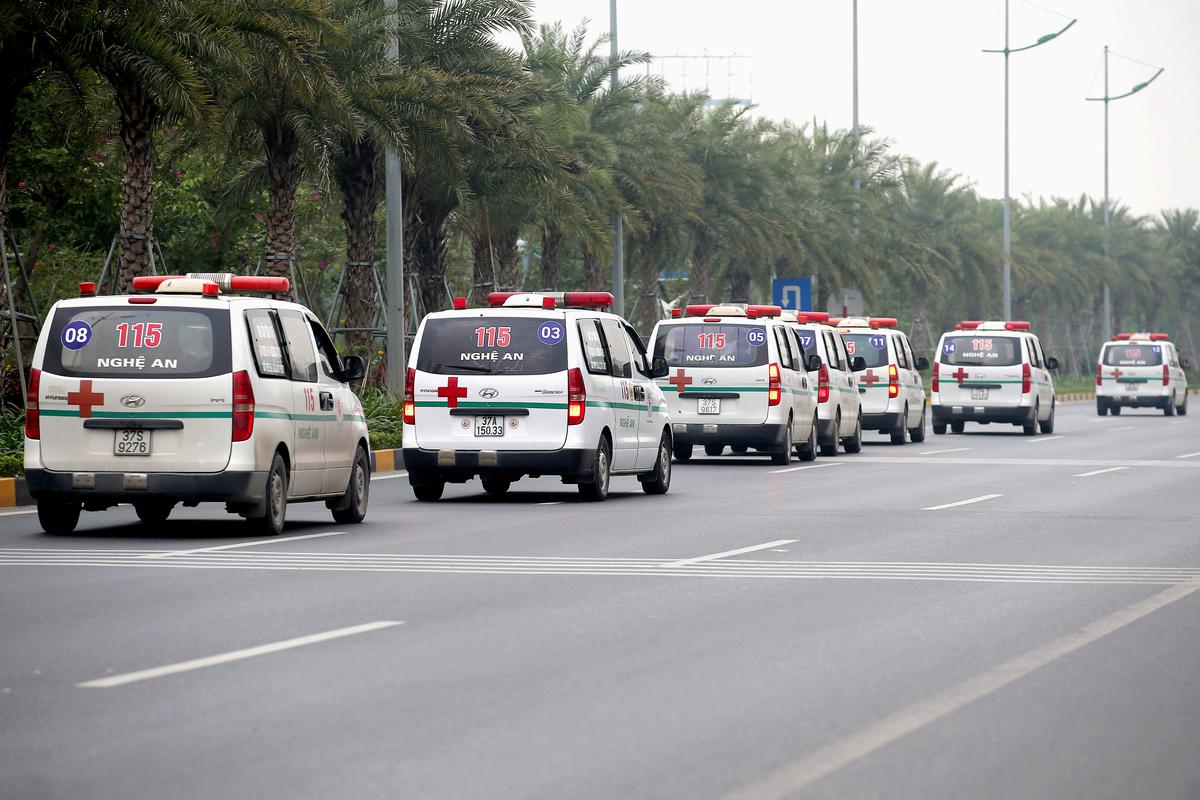 Ambulances believed to be carrying some of the bodies of victims found dead in a truck container in the UK, leave Noi […]