With recurring zigzags, spirals, and other simple geometric patterns, ancient rock art is sometimes surprisingly similar across the globe. One hypothesis is that the artists were all using psychoactive compounds, which nudged the brain toward certain patterns. Now, a new find from a roughly 500-year-old cave used by Native Americans suggests such compounds may indeed have been an important component of their rock art. But the art itself may not have depicted the experience of tripping.

“They have broken away from the ludicrous school of thought … which saw all rock art as trance imagery produced by shamans,” says Paul Bahn, an archaeologist at Archaeological Institute of America who was not involved in the research.

The site of the discovery is Pinwheel Cave in Southern California, about 80 kilometers northeast of Santa Barbara. The cave gets its name for a large, red, pinwheel-shaped drawing on its ceiling; some archaeologists have hypothesized it represents a genus of the psychoactive flower Datura. The flower contains the alkaloids scopolamine and atropine, which are considered an entheogen—a psychoactive compound used in a spiritual context. The Chumash people of Southern California called the experiences triggered by ingesting Datura “sacred dreams,” according to Jim Adams, a pharmacologist at the University of Southern California who spent 14 years studying sacred Chumash Datura ceremonies.

When David Robinson, an archaeologist at the University of Central Lancashire, and his colleagues began to excavate the site in 2007, they found chewed remnants of plant materials—also known as quids—pushed into cracks in the ceiling of the cave. Initial attempts to extract DNA from the quids came up short. But now, a combination of new chemical analyses and electron microscopy has positively identified the plant as Datura, the team reports today in the Proceedings of the National Academy of Sciences. “I was like, ‘Wow, we found the smoking gun of hallucinogens at a rock art site,’” Robinson says.

Sandra Hernandez, a Tejon tribal member who helped coordinate research for the new paper, agrees with the interpretation that the art represents the Datura flower. “I kind of marveled at the shapes that they captured in the rock art compared to the actual flower unfurling,” she says.

The excavation also uncovered a plethora or arrowheads, tools, and food scraps at the site, contradicting a once-classic model of a lone shaman hallucinating in isolation and using rock art to record his experience, as had been suggested for ancient rock art around the world.

The study argues the art may not be a depiction of the user’s experience of the Datura, but rather a message to the community regarding the plant’s importance. “The painting … is them representing the plant that causes the hallucinogenic experience—not the vision that is caused by the plant,” Robinson explains. “They’re venerating the plant, saying, ‘That plant’s cool!’”

The idea that anyone could create rock art while under the influence of Datura is questionable, says Adams, who was not involved with the work. “I’ve never tried painting under the influence, but personally I think I would find it difficult.” 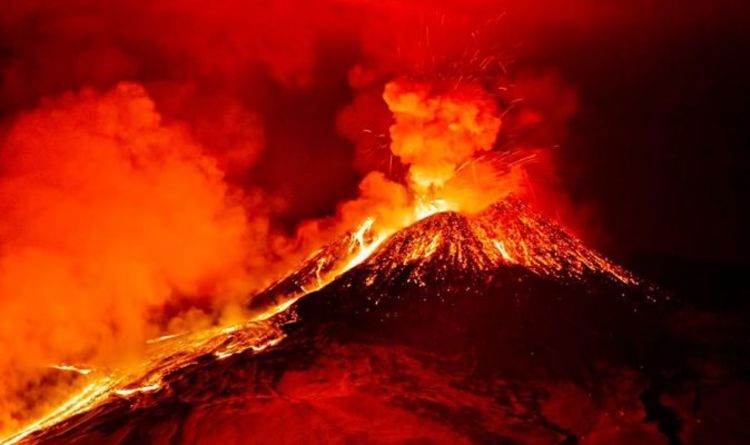 As Earth was coming out of the last Ice Age roughly 13,000 years ago, temperatures suddenly plummeted again for a further 1,200 […] 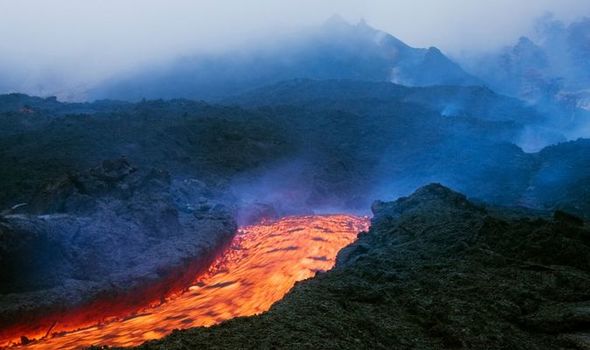 GUATEMALA’S Pacaya Volcano has been spewing lava for several days now, with satellite images revealing a trickle of magma pouring from the […] The Thwaites Glacier is one of the most dangerous glaciers in the world, and scientists are eager to travel to Antarctica to […]