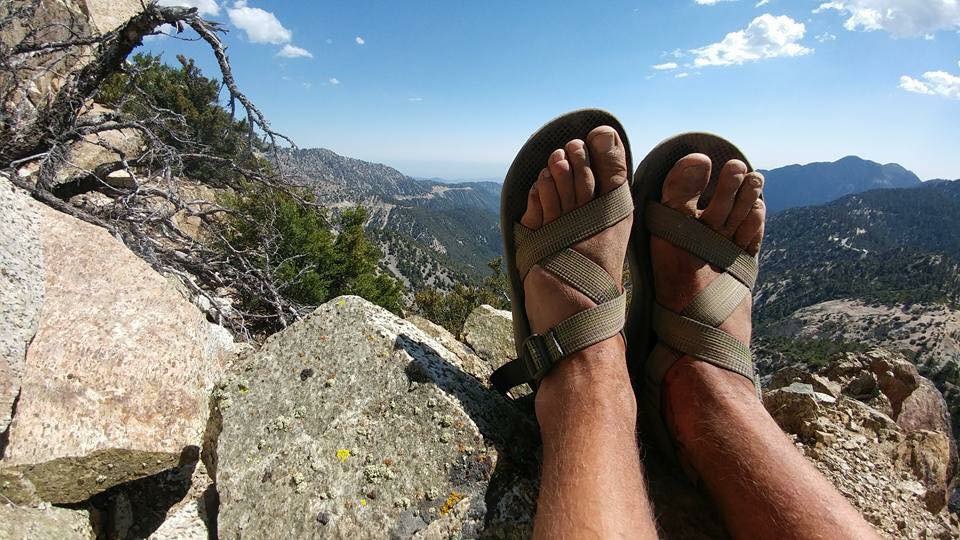 In the spring of 2016, Kris Fowler began a 2,653-mile hike from Mexico to Canada on the Pacific Crest Trail (PCT) — a hike that would take him through vast desert, verdant wilderness and the majestic crests of the Cascade and Sierra Nevada mountain ranges.

But on October 12, somewhere around White Pass in Washington, with less than 400 miles left to go until he reached the end, Kris disappeared.

“This was his adventure of a lifetime,” Kris’s stepmother, Sally Fowler, told Dateline. “He was at a point in his life where he knew that if he was going to do something like this, it had to be now.”

The 34-year-old grew up an only child in Ohio with his father and stepmother Sally. Sally told Dateline that Kris’s mother died when he was young, so she stepped in, loving and caring for him as her own.

Sally told Dateline that they had always been an outdoorsy family and often took camping trips when Kris was growing up.

“He’s a natural outdoorsman,” she said. “His vacations mostly centered around hiking and camping. He just loved being outside and among nature. It was soothing for him.”

Kris went on to get his college degree in Business Marketing and Communications, began working in logistics for a truck company and got married.

It was a string of unexpected life events shortly before Kris’s disappearance that Sally said inspired him to attempt the PCT hike. Kris and his wife went through what Sally described as a hard, but amicable divorce. His company moved out of state and Kris decided he didn’t want to move with it. So he decided to replace his 9-5 life with a 5-month-long hike.

“He and one of his buddies from Colorado had been talking about it,” Sally added. “And the timing was right. He told us that if he was going to do something like this, this was the time to do it.”

So Kris chose his trail name “Sherpa” and began preparing for the hike of a lifetime. He traveled to Colorado to train with his friend. He mapped out sections of the trail and arranged for packages to be sent to multiple checkpoints along the way of items he knew he would need in the coming months.

“He’s always been really good at everything,” Sally said. “This was just another project that he knew he could do and when he set his mind to it, he could do anything.”

Sally said Kris and his friend planned to start the hike together, but had an understanding that they would separate if their pacing changed.

“Kris was an amateur photographer and was really there to take in the beauty around him,” Sally explained. “So he went at his own pace, a slower pace so he could take pictures.”

At checkpoints along the trail, Kris would stop to charge his phone, check in with friends and family, sharing his experiences and posting photos to social media.

“We made a deal that every two weeks he’d call or text me or his father or just post on Facebook, so we would know that he was OK,” Sally told Dateline. “When I worried about him, he’d just tell me, ‘I love you Mom, but I’m a grown man,’” she added laughing. “And he even told me, ‘If I ever went missing, I’d want you to come find me… and I know you would.’”

So when Kris disappeared in October, Sally knew he hadn’t just walked away.

“He didn’t have anything to walk away from,” Sally said. “Yes, he was at a crossroads in his life. But he was content. And he would want to be found. He told me to come find him. And I tried.”

It was the end of October when Kris’s parents realized they hadn’t heard from their son in three weeks. They began calling Kris’s cousins and friends, and other hikers he had met along the trail. But no one had seen or heard from Kris since mid-October.

Sally said the authorities told her that Kris may not want to be found and stressed that it’s easy to lose contact with someone on the trail. But Sally refused to accept those answers. She retraced her son’s steps using his bank account records and his sign-ins at checkpoints where had picked up packages. She finally traced him to Yakima County and discovered that he never signed for his package at the next checkpoint.

Sergeant Randy Briscoe with the Yakima County Sheriff’s Office told Dateline he got the call from Sally on October 31, 2016. A big winter storm had already swept through the area, so Sgt. Briscoe knew they needed to send out search crews immediately.

According to information gathered by Kris’s parents, and by Sgt. Briscoe, Kris had stopped in Packwood, Washington to gather supplies for the next few days. On October 12, he was given a ride to the White Pass trailhead where he was dropped off at a Cracker Barrel. Sergeant Briscoe told Dateline the clerk at the store saw him walk out of the store and it’s believed he was headed back to the trail.

“We assume he was headed back to the trail,” Sgt. Briscoe said. “But no one saw him after he left the store. And no one saw him on the trail that day.” He added that most hikers had chosen to leave the trail ahead of the incoming storm or hitchhike around the pass in order to finish the last section of the trail into Canada.

Sally told Dateline that Kris had tried to call his father that day, but his father had been at work and missed the call.

According to phone records later obtained by law enforcement, Kris’s phone was shut off about an hour after he was seen leaving the store.

“It’s not unusual for hikers to turn their phones off or put them on airplane mode to save battery,” Sgt. Briscoe said. “But there was no more activity on his phone after that.”

After Kris left the store in White Pass, it’s believed he hiked head-first into the storm that had developed from Typhoon Songda – a storm touted as the “biggest storm to hit Washington in 15 or 20 years,” according to Sgt. Briscoe.

“He knew the storm was coming and from what we gathered from some of the people who last spoke to him, he was going back and forth on his decision on whether or not to forge ahead,” Sgt. Briscoe told Dateline. “And despite not having the proper winter-weather gear, he was determined to finish the last 300 miles of the trail.”

Shortly after Kris’s disappearance was announced, bear hunters claimed they had previously seen Kris hiking near Blowout Mountain about 60 miles north of White Pass on October 22. But after teams found nothing in their rerouted search and inconsistencies in the hunters’ stories, Sgt. Briscoe said they believe the “sightings” to be bogus.

Many theories have circulated in the area since Kris disappeared. Some still believe that the 34-year-old never wanted to be found. Others speculate there was an animal attack or that he was met with foul play on the trail.

Sergeant Briscoe told Dateline the most likely scenario is that Kris was caught in the storm unprepared and succumbed to hypothermia. He pointed out that Kris had been wearing Chaco sandals for the entire hike. Briscoe then explained what’s unusual is that none of Kris’s supplies or belongings have been found.

“We haven’t found anything of his,” Sgt. Briscoe said. “We know he had a pack with him and a tent someone had given him on the trail. But this is a vast wilderness and after that storm, Kris and his things could be out there buried for 20-30 years.

After exhausting all land and air search options, crews suspended their active ground search, but are still actively working on Kris’s case by working with volunteers and following up on any leads that come in.

“We follow up every single lead that comes in,” Sgt. Briscoe told Dateline. “We even followed one all the way to South America. Someone thought they had spotted Kris.”

But none of the leads has yet led to Kris.

“It’s daunting. And what pains me the most is not being able to give peace to Sally and the rest of the family,” Sgt. Briscoe said. Briscoe was supposed to retire last year, but chose to stay on another year in the hope of solving Kris’s case.

“There’s nothing we haven’t tried,” Sgt. Briscoe said. “It’s all just become very personal to me and I want nothing more than to find Kris before I retire.”

Sgt. Briscoe is expected to retire on January 25, which is Kris’s birthday.

“It feels like kismet in a way,” Sally said. “He was the only one willing to help us search for Kris. He’s truly done everything he can.”

Sally still lives in Ohio, but Kris’s father died in 2017.

“He died from cancer, but really he died of a broken heart,” Sally told Dateline. “He was just heartbroken when Kris went missing. And he fought hard to find him. This ultimately just killed him.”

Sally said searches continue for her son each year, but stop during the winter due to the weather conditions. Through the agonizing wait, Sally turns to social media to share Kris’s story. A Facebook group Bring Kris Fowler/Sherpa home was created to spread information and updates. But Sally said it has also led to a bond between herself and other families of missing hikers.

“It’s a silver lining that came from a very terrible tragedy,” Sally said. “There’s a whole community dedicated to finding these hikers, but also to help prevent it in the future.”

Sally said that ever since Kris’s disappearance, more safety measures have been implemented along the PCT, including hiker sign-in sheets at every checkpoint. She also regularly posts on hiking blogs and Facebook accounts, stressing the importance of proper winter-weather gear and communication devices other than cell phones.

Hikers, who welcome her advice and knowledge, have even given her a trail name — “Trail Mom.”

“The responses I’ve received have been overwhelming,” Sally said. “I’ve had people tell me that they are alive today because of my posts. It’s the paying it forward that has pushed me through all of this.”

A year after Kris went missing, another man, David O’Sullivan, disappeared from the San Jacinto Mountain area in California during his hike on the PCT. David has also never been found, but his family and Kris’s family have joined forces to create a foundation to help others.

“The purpose of the foundation is to guide families through the process of a missing loved one,” Sally explained. “Especially after a search is called off. Like us, many ask, ‘What do we do?’ Well, we’re here to help answer those questions. And to help cover expenses.”

The Fowler-O’Sullivan Foundation is expected to launch later this year.

As Sally faces another winter without any sign of Kris, she said she hopes that continued attention on the case brings forward someone with information.

“The best we can do is keep sharing his story and remain hopeful that he’ll be brought home to us one day,” Sally said. “My heart says he’s alive, in a commune braiding hair somewhere, but my head says he’s still on that mountain, missing. But… at least I know, up on that mountain, he’s at peace.” 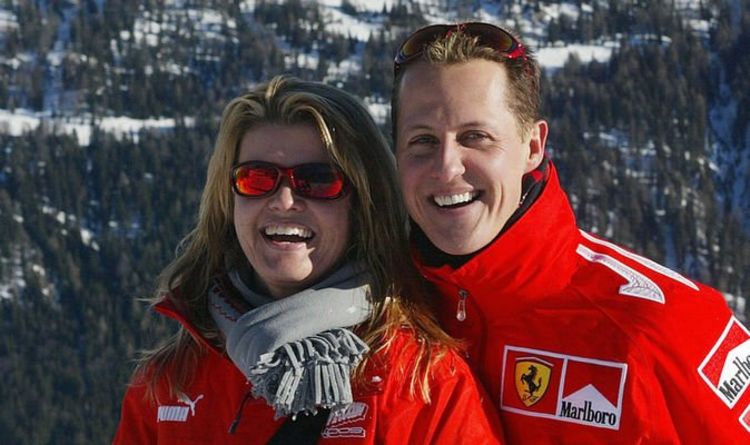 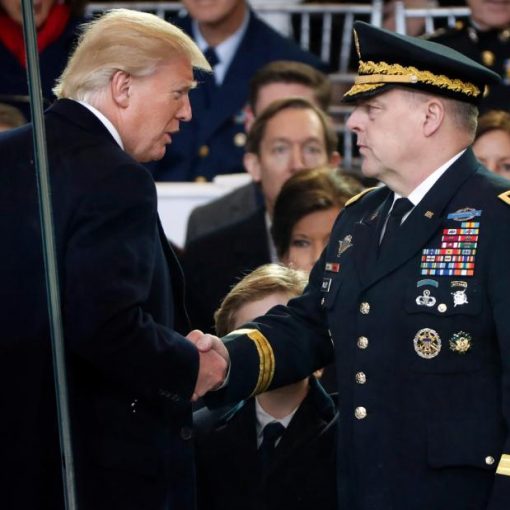 The book, from Pulitzer Prize-winning Washington Post reporters Carol Leonnig and Philip Rucker, describes how Milley and the other Joint Chiefs discussed […] 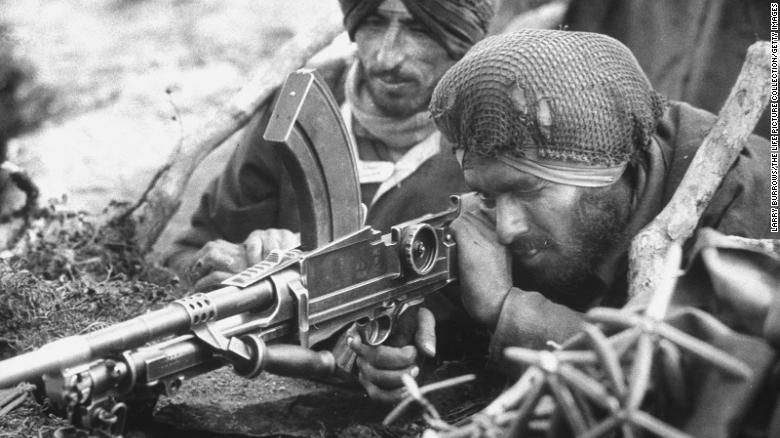 China and India are the closest they’ve been to armed conflict in half a century, over a mountainous strip of land on […]

At least 23 people have been killed by the fires in Sonoma, Napa, Mendocino and Yuba counties, where 3,500 homes and businesses […]