Greta Thunberg, one of the world’s most prominent climate activists, has spoken at United Nations summits, and addressed parliaments in the UK, France, and other countries. She’s met Barack Obama and the Pope.

But a new documentary called “I Am Greta” reveals that Thunberg didn’t speak to anyone outside her family for three years.

“They call it selective mutism,” Thunberg’s father, Svalte, says in the film, which came out on Hulu November 13. “She didn’t speak to anyone but me, my wife, and her little sister maybe for three years.”

Thunberg has Asperger’s syndrome, which she calls her “superpower.” Young children with Asperger’s may develop selective mutism, speaking only to people they are comfortable with, like their families, but not strangers.

“I don’t like making small talk with people or socializing,” Thunberg says in the documentary, adding, “sometimes I go quiet for hours simply because I can’t talk.”

‘I was sick. I almost starved to death’

Since 2018, Thunberg has become the face of a youth climate movement more than 4 million strong. She started the “Fridays For Future” movement — or School Strike for Climate, as it says in Swedish on her now famous sign. In March 2019, Thunberg led more than 1 million students around the world in walking out of Friday classes to protest inaction on climate change.

Then in September of that year, she led a worldwide climate strike that included 4 million people across 161 countries — the biggest climate-change protest in history.

Thunberg had been thinking about climate change — and the lack of action to curb it — since age 8. Three years later, she says, she became depressed by the seemingly impossible task of saving the planet.

“We saw a film in school. There were starving polar bears, floods, hurricanes, and droughts,” Thunberg says in the documentary. “And the scientists said that we didn’t have much time left to change our behavior.”

That’s when anxiety and illness set in.

“I stopped eating. I stopped speaking. I was sick. I almost starved to death,” she says.

Thunberg’s father said she stayed home from school for a year during that time.

From there, it took “many years” for her to start feeling better, she says in the film. Her desire to fight for climate action played a role in her recovery.

“I felt that why should I give up when there an infinite number of things you could do to make a difference,” she says.

A voice for the youth movement

The genesis of Thunberg’s activism career came in May 2018, when she won a climate-change essay competition for the Swedish newspaper Svenska Dagbladet.

In December of that year, Thunberg was invited to speak at the United Nations climate-change conference in Katowice, Poland.

It was the beginning of a public-speaking career.

One of her most famous speeches was an impassioned call to action at the UN Climate Action Summit in September 2019, a few days after the global climate strike.

Thunberg chastised world leaders with tears in her eyes: “You have stolen my dreams and my childhood with your empty words,” she said.

Time Magazine named Thunberg its 2019 Person of the Year.

‘It feels like I’m speaking a completely different language’

Thunberg says in the documentary that despite the many invitations she’s gotten to address policymakers, her frustration has mounted as world leaders continue not listen to her.

“I honestly do not understand why I am invited,” she says, adding, “it feels like all they want is to be spotlighted to make it look like they care, as if they are doing something.”

During one meeting highlighted in the documentary, Thunberg spoke to members of the European Economic and Social Committee about the need to limit carbon emissions. Jean-Claude Juncker, president of the European Commission, spoke after Thunberg, but he didn’t address the science she’d laid out. Instead, he floated the possibility of regulating toilet flushes across Europe.

“It feels like I’m speaking a completely different language, or as if the microphone isn’t even on,” Thunberg says in the film. “Sometimes when they just sit there and talk, I wonder to myself what would happen if I just stood up now and screamed.” 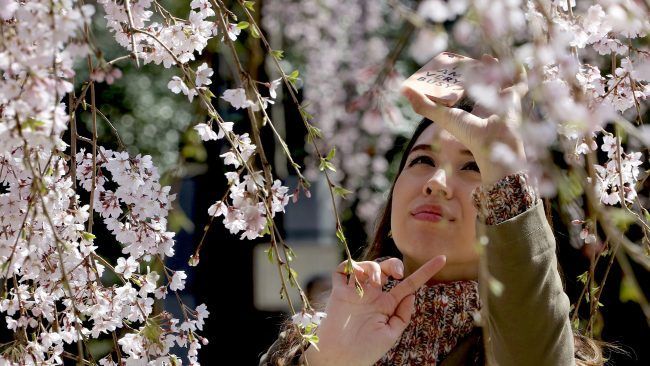 The weather pattern has lent itself to a mild winter across much of Japan, where many cherry blossom trees bloom each spring. […] 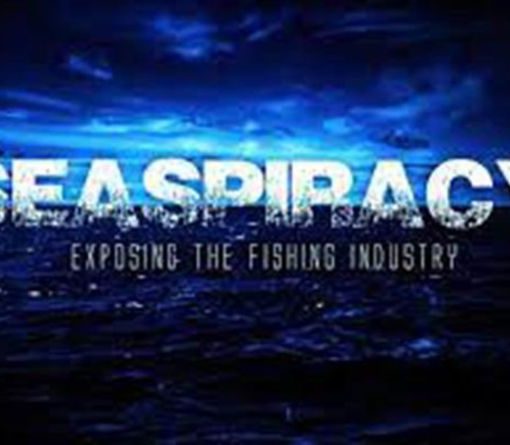 The film, made by Kip Andersen and his assistants Ali and Lucy Tabrizi, shows corals bleached white by rising sea temperatures caused […]