A few months ago, back when most live fashion shows got canceled because of the coronavirus pandemic and digital shows took their place, I had a moment of hope. I thought that maybe fashion brands would seize the moment to do something new.

Instead of falling into filmic comfort zones with perfume commercials and music videos, they would reach across the movie aisle and embrace a different form of storytelling. The stories would be altogether more fictional and narrative in nature, and hence absorbing; they would use a collection to tell a story but didn’t make it the point of the story, the way ads do.

Really, I was thinking Quibi, but with great clothes and no subscription: fast paced, entertaining, with insane production values.

With a handful of interesting exceptions, it mostly didn’t happen. But then Gucci announced it was eschewing the regular schedule and replacing it with Guccifest, a weeklong mini-film festival featuring 15 short films from emerging designers around the world, produced and paid for by Gucci.

And — even better — that it would include a premiere of a seven-part mini-series directed by Gus Van Sant and the Gucci creative director Alessandro Michele, starring Mr. Michele’s new collection but also the Italian actress Silvia Calderoni, along with Harry Styles, Billie Eilish and Jeremy O. Harris. I thought: Finally! The breakthrough is here!

Be careful what you wish for.

Mr. Van Sant has an incredible filmography, but of all his movies, “Ouverture” has most in common with what The Ringer once called Mr. Van Sants’ “Sea of Trees” — that is, “a Hallmark card that thinks it’s a haiku.”

Essentially the story of a day in the life of Ms. Calderoni, a magnetic performer who erases the whole concept of gender, the film follows her from the time she wakes in a gorgeous old apartment with a random assortment of roommates through her journeys in Rome: to a cafe full of happy grooving people (including an inexplicably naked pair), a post office, a dance rehearsal of the Sasha Waltz troupe, some neighbor-peeping, vintage shopping (actually Gucci shopping, which often looks one and the same) and an evening visit to a friend. As such, it is both pedantic and surreal. Also pedantically surreal.

Silvia’s world is populated by Mr. Michele’s friends — in marketing parlance often referred to as “friends of the house” — who come in all different ages, shades, shapes, gender identities and levels of global fame. All of them have been dressed willy-nilly by Mr. Michele in the new collection: 97 looks of classic Gucci muchness, accessorized to the hilt. Mr. Michele has never bought into that whole “elegance is refusal” thing.

There are sequins and plaid bouclé jackets and faded jeans and logo everything; bobble hats and beanie hats and bags and belts and skateboards. Lovely floral tea dresses, pearl-covered pastels and sheer lace; V-neck sweaters, jorts and shiny sweatsuits. Wide-lapel three-piece suits. A bouquet of knee socks bunched at the ankle.

Whiffs of Studio 54 and the bourgeoisie and the cartoon jock all mix-mashed together in the kooky, inclusive extravaganza that is Mr. Michele’s signature. There are also new Gucci labels, including one called Eschatology, which refers to “a doctrine that explores the ultimate destiny of humans and the universe,” according to the brand. That’s a lot to demand of some checkerboard flares.

And there is a little dialogue, though it is more like exposition. The Spanish philosopher Paul B. Preciado, speaking on a TV program, suddenly turns out of the box to Silvia (doing her morning yoga in a sheer velvet lace jumpsuit and floral pasty bra) to discuss a world beyond gender norms.

Achille Bonita Oliva, an art critic, gets on the phone while waiting to mail a letter and calls Mr. Styles, who is hanging out in a garden (in jorts and a pink sports jersey), to chat about the compulsion to make art. Florence Welch (in fan-pleated hippie deluxe dress) creeps around the vintage store secreting notes in purses and pockets: “With the rain come the secrets,” “Tomorrow could be different.” Lu Han (in mint green glasses and a shell pink shirt) does some ironing and then quotes to Silvia via intercom: “Your body is like a pearl.”

In a news conference before the films were released, Mr. Michele said he wanted “to set clothes free,” that he didn’t want them “to be imprisoned in shops anymore.” The mini-series does that. His collection lives and breathes on the characters, sometimes suffocatingly so. There may be some who want to rush out to buy it because of that. And framing it as a series helps obscure the fact that amid all the dresses and skirts and shorts there aren’t really any new ideas — the series itself is the idea. Which is also the problem.

Because what there isn’t is any tension or sharp edges, the stuff that keeps you watching until the end. Other than the celebrity cameos: Mr. Van Sant in a plaid suit and Elton John-worthy specs included. At a time when the stakes for everyone are very high — even merely walking outside — the stakes for the characters seem confusingly low. Still, credit to Gucci for at least taking a risk in a time when other brands are hunkering down.

Besides, while Gucci may have failed at creating a cinematic fashion breakthrough, it succeeded at further empire building. By anointing, funding and bringing to public attention a wide variety of young designers under the Guccifest umbrella (Mr. Michele called it “a feast of fireflies”), the brand positioned itself as a beneficent kingmaker and cemented its status as creative tastemaker.

As for those other films, most of them under five minutes (as opposed to the Gucci episodes, 10 to 20 minutes each), a number are worth watching. The designer Bianca Saunders teamed up with the filmmaker Akinola Davies Jr. to create a charming short based on the 1978 Hans Eijkelboom work “The Ideal Man” (which also has overtones of “The Bachelor”).

Mowalola Ogunlesi, the Nigerian-British designer who is also the creative director of Kanye West’s Gap collection, dreamed up an avatar-like fight-match world with the animation artist David Killingworth. Priya Ahluwalia, a British designer, and the filmmaker Samona Olanipekun paid homage to community leaders and matriarchs through a celebration of Afro-Caribbean rituals.

And Hillary Taymour of Collina Strada and the artist Charlie Engman transformed her last collection into a video game in which well-dressed avatars (including one of Mr. Engman’s mother) get to save the planet from climate change. It includes a collapsing baguette bridge and a giant rolling avocado.

A giant rolling avocado! I was on the edge of my seat. 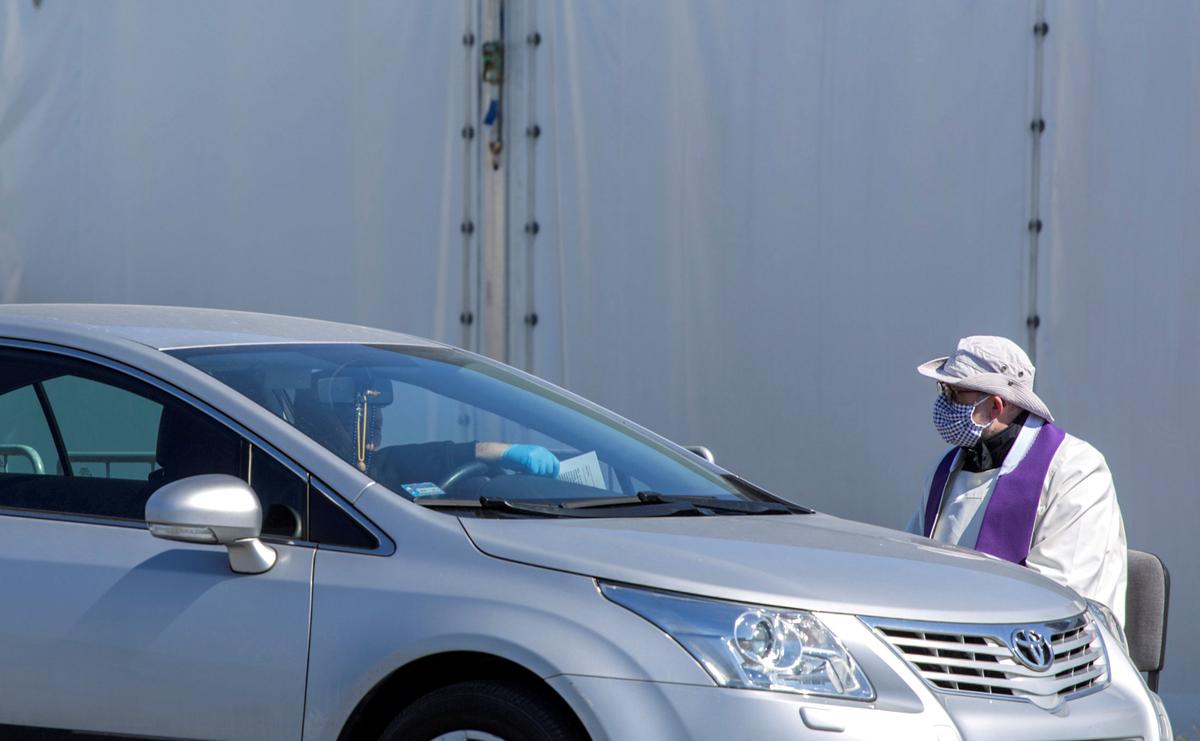 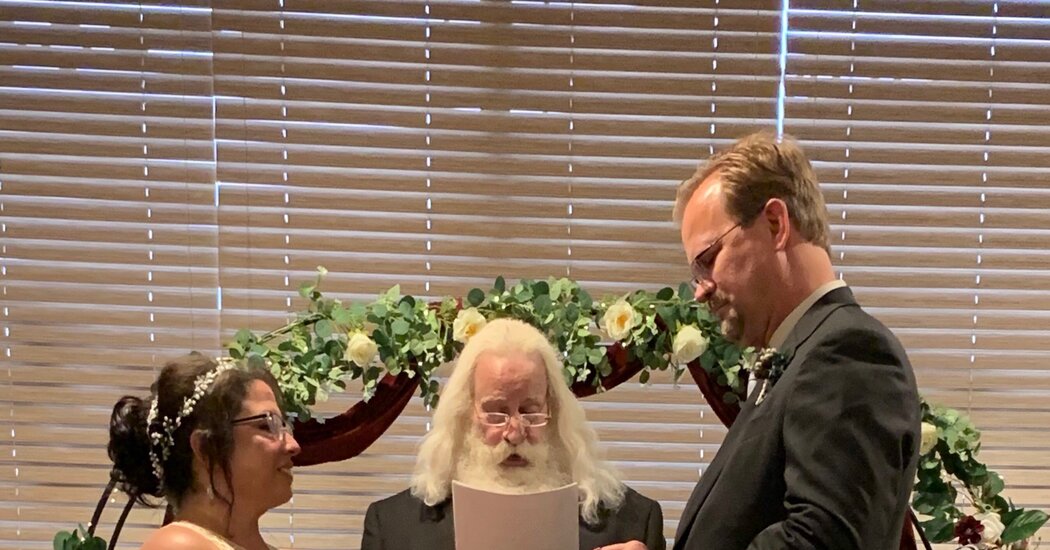 Michele Pascuzzi and Brian Nowicki were adamant about not dating. Both had been married before — Ms. Pascuzzi was married twice and […] 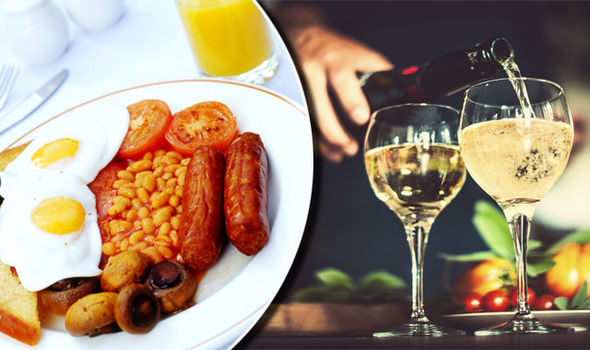 People suffering hangovers are likely to rise during this coming festive season, when mulled wine and eggnog are set to be consumed […] 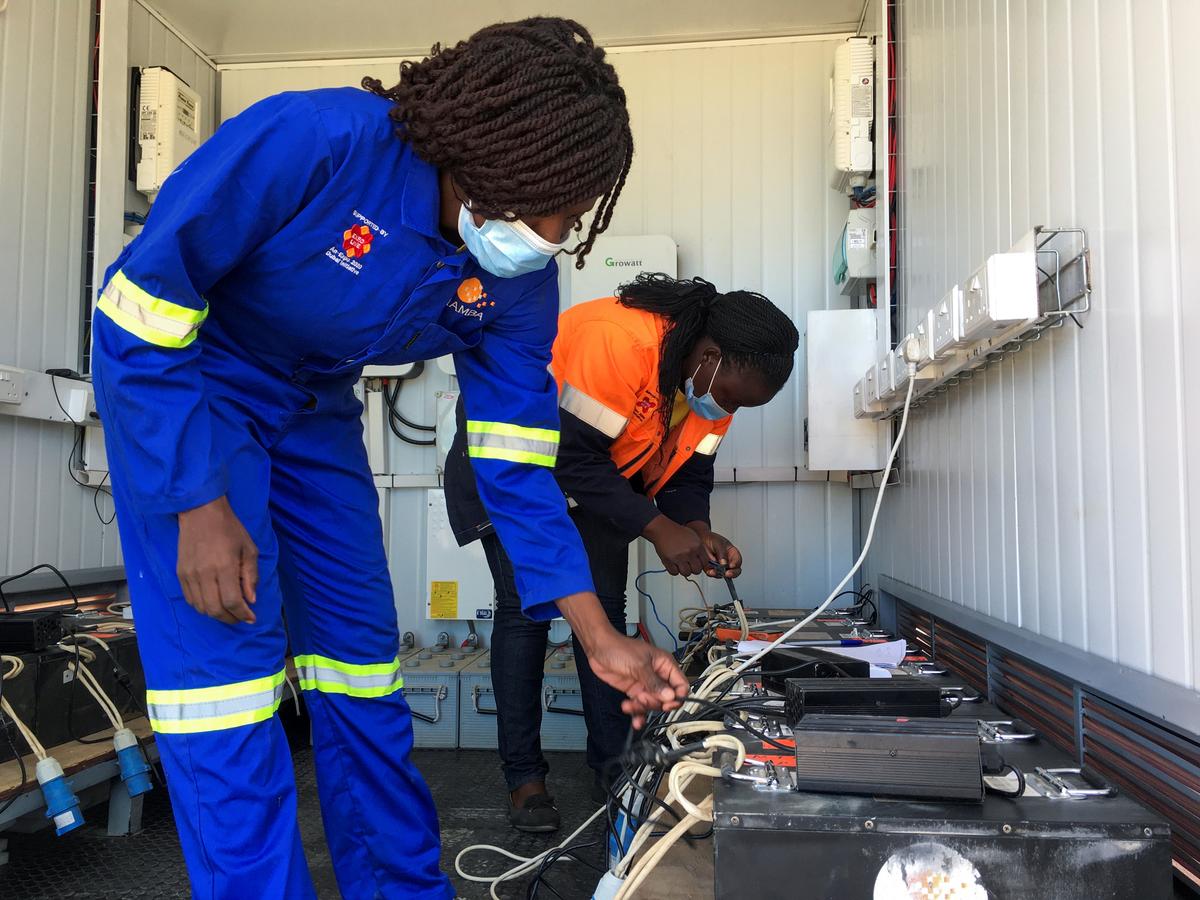