‘It was unbelievable. It was pure football power destruction.” It is an oddity of the calendar that Leicester’s trip to Anfield on Sunday night will break a spell of 11 months since these two Premier League teams last met. No ordinary 11 months, either. Take a look at the highlights from the King Power Stadium, Boxing Day 2019, and it starts to look like something else, a last dance before the end times.

Liverpool had been enthroned as Club World Cup champions. Five days after beating Flamengo 1-0 in Doha, they walked out at a boisterously postprandial King Power and produced the defining performance of their title season: a ruthless, high-throttle 4-0 evisceration of opponents who had, until that point, been pushing them at the top of the table.

In the new Liverpool film End of the Storm this is the moment that makes Jürgen Klopp mist over. It still looks like a kind of summit point, an acme of Klopp-era Liverpool, with every working part in sync. By the time Trent Alexander-Arnold had eased forward to score the fourth goal there was a feeling of something other than a sporting contest taking place – a power play, an exhibition.

A festive crowd cooed and gurgled. The Liverpool players lingered to applaud the away end. Even the home fans seemed to stream out with an admiring shrug at such controlled destruction.

Five days later, the Chinese government recognised the spread of a new flu-like disease in the city of Wuhan. Within three months the season, the working world and indeed life for the foreseeable future had all been decisively disrupted. Leicester versus Liverpool: never such innocence again. Or at least, not yet anyway.

Liverpool had reached a point of ignition, springboard for a 10-match winning run that devastated the rest of the field. For Leicester this was a moment of traction the other way. From 14 points clear of Manchester United on Boxing Day, they ended up four points behind and clinging on to a European spot.

The bounce back this season – top of the table, six straight wins – has been equally notable, if not exactly a surprise given the buoyancy of this team and of their manager. This is the other notable feature of Liverpool versus Leicester: the man in the blue corner.

Leicester’s progress under Brendan Rodgers in the past 18 months is confirmation of something that perhaps needed restating in the Premier League. Rodgers remains a genuinely high-class manager, and a relatively young one at 47. He is also a curious figure in Liverpool’s modern history.

Here is that rare thing, a trophy-less manager, “mutually consented” from the job, who can still claim a degree of authorship in the success that followed. Rodgers is in no realistic sense the father, or the grandfather or even the uncle to the Klopp supremacy. But he is perhaps a fond second cousin.

Rodgers at Liverpool: it is still hard to get a clear look at this, an era that seems to escape easy categorisation. One reason is the entropy of the final months, a deathly end-game that culminated in a souring of internal relations with the nadir of a grisly 6-1 defeat at Stoke in May 2015.

This was how Rodgers unravelled at Liverpool. Some get nasty, some get mad. Rodgers seemed to go further into himself, to get lost in his own persona. But looking back – and for all the online scorn, the cringeworthy TV documentary snippets – there was a coherence to his actions, to his relationship to the club since and to what he left behind.

It is notable that the defining team of his time at Liverpool disappeared fairly quickly. Jordan Henderson is the only regular from that title-chasing vintage still in the front rank six years on – and Rodgers was initially sceptical about him, trying at one stage to offload Liverpool’s future captain to Fulham.

But the Rodgers era also coincided with a return to basic good husbandry. For a while the most obvious sign was the sheer volume of players exiting the club, among them Paul Konchesky, Christian Poulsen, Alberto Aquilani, Charlie Adam, Joe Cole, Andy Carroll and Stewart Downing.

Rodgers finessed a way of playing, a sense of urgency, a gloss – so important to the club – that what is happening has significance and must meet certain basic standards of modernity and competence.

Plus he produced a team to live up to those ideals during his most memorable season. There are some who will always credit Luis Suárez with the title challenge, just as some will see only the more theatrical elements of the Rogers persona, the Shankly-lite schtick, the air of David Brent-like conviction.

This is to oversimplify: Rodgers saw what was there and enabled it, hitched his team to that rare attacking talent. And what a time it was. At around the same stage as Klopp’s defining 4-0 at Leicester, Rodgers’s Liverpool set off on a run of 18 wins in 22 games with 74 goals scored that almost made him immortal.

The margins were brutally fine. Henderson’s red card in the final moments of the defeat of Manchester City on 13 April left Liverpool with Lucas Leiva and Joe Allen in midfield for the key game against Chelsea. Bad luck, perhaps. But Liverpool also blinked a little.

Rodgers has spoken about how he might have approached that game differently, how anxious his team were to chase the win against a deep double-bolted defence. Aged 41, this was his first time in that place, as manager or player.

This is also key to the Rodgers story, his own unusual path from outside to in, one that mirrors in some ways that of Klopp. Rodgers was, if anything, more meteoric. It took him four years to go from a standing start at Watford to his unveiling at Anfield by Tom Werner, fresh-faced and a little dazzled by the lights.

What would have followed had Rodgers’s Liverpool won the league title two years later? Would we have had Klopp’s Liverpool now? The club still spent lavishly in the next transfer window, albeit much of that Suárez-fed binge went on Mario Balotelli, Lazar Markovic, Rickie Lambert and Alberto Moreno.

Meanwhile, the internal workings stagnated. Relationships broke down. James Milner, Joe Gomez and Roberto Firmino turned up just in time to see Rogers leave. But the structures he left were sound enough, the exit music warm rather than destructively bitter (the departing manager even rented his house to Klopp for a while).

Rodgers deserves his footnote in Liverpool’s success. Perhaps he even deserved, in an odd kind of way, to be present, painfully, at the pre-pandemic coronation last December.

For now a Leicester team that have been a revelation (yes, another revelation) this season will be desperate to reverse that humiliation in a meeting of two hugely depleted sides. Çaglar Soyuncu and Daniel Amartey are definitely out for Sunday. Ricardo Pereira and Timothy Castagne are still only possibilities. Liverpool have also been further ravaged during the international break.

Scratch squads, a crammed-in fixture list and two teams on a winning roll: 11 months on it promises to be another significant reunion.

This would normally be the start of a very busy few months for Richard Hannon, whose two big stables near Salisbury Plain […] 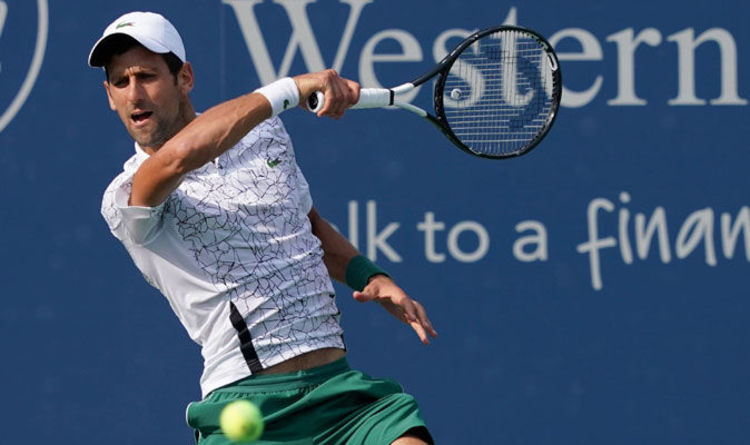 Having been beaten in five previous finals, Djokovic beat seven-time winner Federer 6-4, 6-4. It makes Djokovic the first to win all […]

When Warren Gatland named his squad for the Six Nations last week, he chose 39 players because so many were carrying injuries […]