Exasperated Wallabies coach Dave Rennie has all but accused his erratic charges of throwing the game plan out the window during a deflating and costly Tri Nations draw with Argentina.

The Wallabies relinquished a nine-point second-half lead in a 15-15 stalemate in Newcastle to gift the All Blacks back the advantage in the title race.

Should the All Blacks avenge last week’s shock loss to Argentina with a bonus-point win next Saturday, the Wallabies would face the impossible task of needing to thrash the Pumas by some 80 or 90 points in the last game to snatch the trophy.

In other words, the Wallabies are sweating on the Pumas repeating their historic win over the All Blacks to keep their hopes alive. Little wonder Rennie was left frustrated by Saturday night’s slip-up.

“We had a chance to really put a stranglehold on that and go into the last game just requiring a win. We’ve left the door open so it’s obviously a big game between New Zealand and Argentina next week,” he said.

What most upset Rennie was the Wallabies’ inability to stick to the game plan.

“At 15-6, we really had control of the game and we had chances to pin them into the corners and we had a fair bit of success with kicking and it looks like we got bored of it,” he said.

“We played and overplayed and turned the ball over and let them back into the game. Yeah, disappointing. We should have closed it out and really let ourselves down.”

Wallabies flyhalf Reece Hodge slotted five penalties, but all were cancelled out by his Pumas counterpart Nicolás Sánchez.

Hodge had the chance to clinch victory with a sixth penalty goal three minutes from full-time. But, just as he did when he hit the post in the 16-16 draw with the All Blacks in Wellington, Hodge pushed his attempt agonisingly too far right.

But no-one was blaming Australia’s No 10, despite Hodge himself saying he felt like he had let the whole country down with the sprayed shot.

“I’d say he still had a very strong performance,” Rennie said. “At 10, you need a lot of help around you. We’ve got plenty of guys who can kick the ball in our backline and so we want to actually play the width and bring the defence up and nudge in behind.

“So I think he needs a little bit of help around getting our kick strategy [right].” 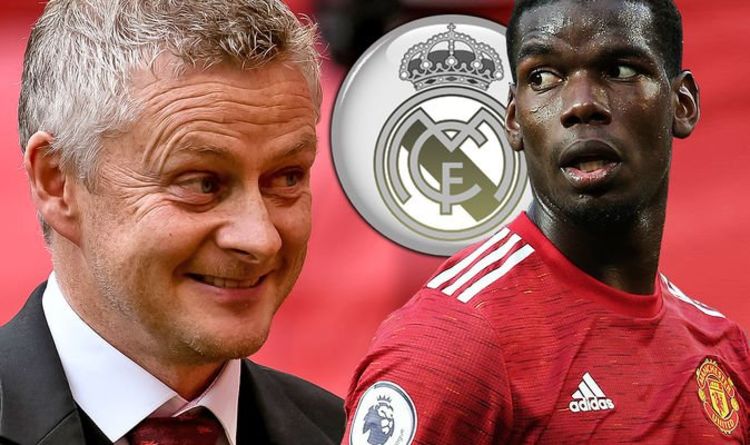 Pogba recently talked up a move to Real, saying: “Many things have been said. “Of course, every footballer would love to play for […]

Marcus Rashford is confident of returning to action for Manchester United before the end of the season. The United and England striker […]

Eddie Jones has given a qualified vote of confidence to his captain, Owen Farrell, following last weekend’s Calcutta Cup defeat but says […]