For Black Friday 2020, Amazon is offering unmissable discounts for a whole week. That’s right, no longer is just a single day dedicated to flash sales, the mega-site is now offering savings for seven days, starting now.

During Amazon’s Black Friday Week, the site will be reducing the prices on everything from big-ticket tech items to great Christmas gift ideas, including Amazon devices, LEGO, and ghds. Some of the most popular products from last year’s deals event include the Nintendo Switch, Instant Pot, and Fire TV Stick.

While Apple is not usually known for participating in Black Friday, Amazon has slashed the price of the popular and highly-coveted Apple Watch Series 5 by a huge £112. Now reduced to £386.10, it’s the most impressive deal on the Apple watch we’ve seen so far. 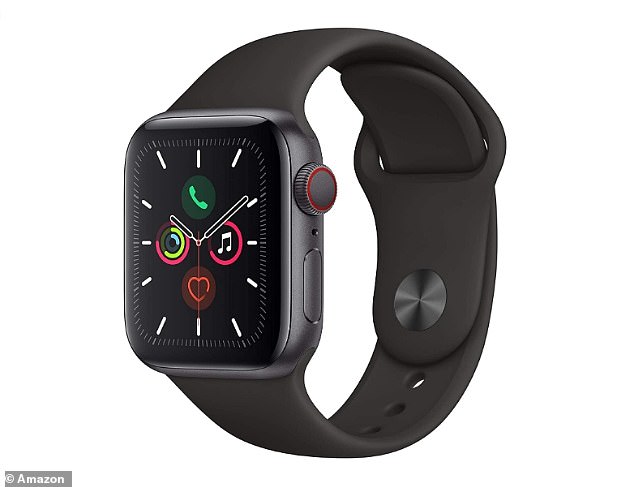 The Apple Watch Series 5 is one of the newest products in the brand’s series of smartwatches, second behind the Series 6. It offers the familiar design with notable software upgrades.

As this is a smartwatch, it of course offers more than simply telling the time. It comes with a slew of features, including apps to keep an eye on your health and access to messaging apps like WhatsApp.

It also allows you to listen to your entire Apple Music library, pays for your morning coffee, and lets you answer your phone even if you’ve left it at home.

Plus, as it has a 30 per cent larger screen, the display is clear and crisp, so everything is in glorious HD.

With over 500 ratings and a near-perfect average score of 4.7 out of 5 on Amazon, the Apple Watch Series 5 comes highly rated.

Costly over £300, it’s admittedly a big investment, but the Apple Watch is largely regarded as being the crème-de-la-crème of smartwatches. And, on the whole, shoppers have said that it is a worthy upgrade from previous models, praising the design, performance and battery life.

One shopper called it a ‘worthy upgrade, writing: ‘The always on display makes a big difference to using it as an everyday watch, plus the 5s bigger display is so much clearer.

‘I’m increasingly leaving home without my phone, thereby cutting down on screen time but still being contactable. Making calls is as clear as a phone plus you can stream or play music too. Battery isn’t bad, with minimal use I still have 50% left at the end of the day.’

Another reviewer added: ‘Love this watch, the always on display is a game changer for me. Now instead of wiggling my arm about in order to see the time, a quick glance and it’s there. The performance is way better than the series 2 this replaced so am really noticing a difference.’ 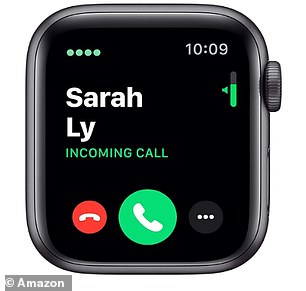 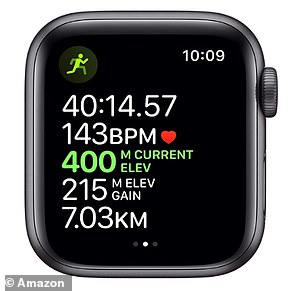 The watch comes with a slew of features including apps to keep an eye on your health. and has access to messaging apps like WhatsApp

Thanks to the impressive amount of health stats available on the Apple Series 5, it also scores big points with fitness enthusiasts.

The workout app allows you to track a huge array of exercises, including cycling, swimming, running, football and yoga. There’s even a dedicated Strava app to track your running performance. The day-to-day health features are also impressive. While the watch offers the basics like calories burnt and steps, it also has a heart-rate sensor, and provides sleep analysis and menstrual cycle tracking.

One delighted shopper raved: ‘Absolutely love my Apple Watch! Worth every penny! I had a Fitbit which was great but no comparison now to this. It does everything I want it to.’

‘It’s amazing,’ wrote another customer in their review on Amazon. ‘I can even answer a phone call when my phone is in another room …. brilliant technology, love it!

‘Counting steps, monitoring heart beat, receiving my emails and whatsapp messages … this is a must for busy people on the go.’

MailOnline may earn commission on sales from the links on this page.

North Korea said during rare talks with the South on Tuesday it will send a delegation of high-ranking officials, athletes and a […]

Despite terrorist attacks in Manchester and London, homicides in the U.K. actually fell by 2% compared with the previous year More President […] 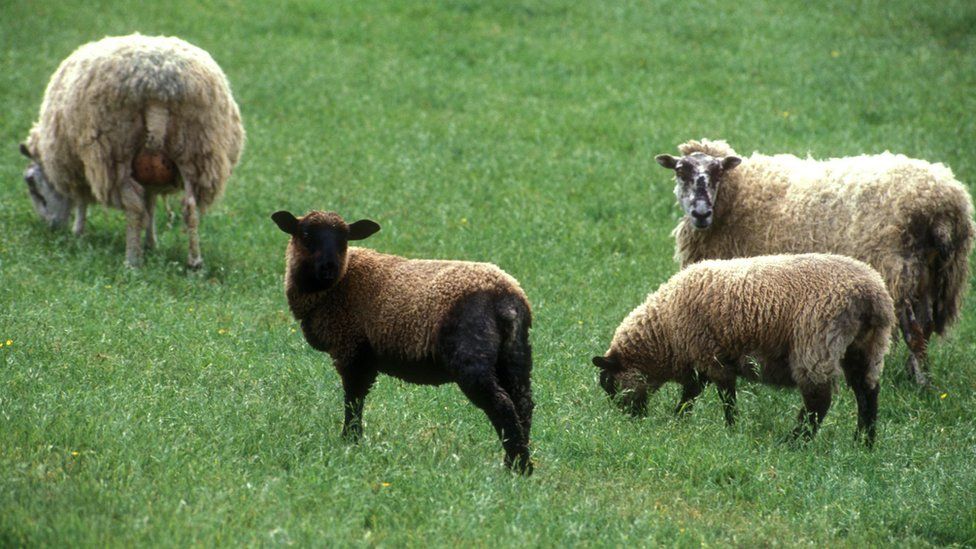