Deschamps told the French media Pogba “needed the right platform” to thrive, apparently hinting that the 27-year-old is not being provided with such a springboard at Manchester United. Indeed, after starring for France during the international break, the £89m former Juventus midfielder could find himself back on Solskjær’s bench at home to West Brom on Saturday night.

That prospect dismays Deschamps who has said Pogba “cannot be happy with his playing time and positioning” at Old Trafford.

“I spoke to Paul today about it,” said Manchester United’s manager. “Of course, he’s not happy when he’s not been playing and not playing really well. He’s not been happy with his [club performances]. But Paul had a difficult season last season. Then he’s had Covid. But three games for France have helped him get his fitness and rhythm. I spoke to him and he feels stronger for it. He plays in the same position for France as he does for us, so that scenario isn’t an issue.”

Pogba played for almost an hour in France’s surprise home defeat by Finland before starting – and impressing in – the Nations Cup wins against Portugal and Sweden, and Solskjær indicated he could be set to regain his United starting place.

“It’s about getting momentum and rhythm and Paul said he felt really strong towards the end of the games against Portugal and Sweden,” he said. “After Covid he needed time to recover but now he looks fitter and stronger. I think he’s going to improve and be a very important player, and person, for us. To have him in form is vital.”

The sense that Pogba could be preparing to leave Old Trafford in the summer was enhanced when a midfielder dropped following last month’s 6-1 home reverse against Tottenham contrasted his delight at playing for Deschamps with the travails of life at Old Trafford as he spoke to French journalists. “I had never known such a difficult period in my career,” Pogba conceded before adding a rather pointed rider. “The France team is a breath of fresh air. This group of players are exceptional. It’s magic.”

Solskjær’s response proved suitably diplomatic. “You’re happy to see your friends you’ve grown up with on international duty,” he said. “I was the same with Norway. Of course, it’s nice to meet your mates.”

England’s one-day series against South Africa will go ahead after the home side’s latest round of coronavirus tests came back negative. The […]

Chelsea have made the referee, Kevin Friend, aware of comments allegedly made by a member of Burnley’s coaching staff and directed at […] 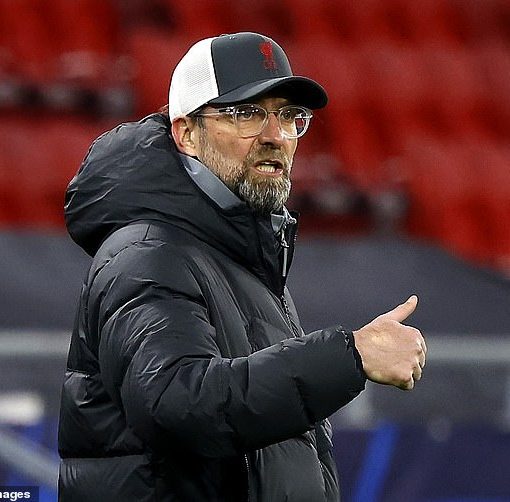 ‘A lot of people expected us to slip again but the boys didn’t’: Jurgen Klopp praises his team’s mental strength as they […]