As coronavirus cases surge globally, the COVID-19 deaths of two senior Serbian Orthodox Church clerics — one who died weeks after presiding over the funeral of the other — are raising questions about whether some religious institutions are doing enough to slow the spread of the virus.

More reports are emerging about people who attended religious services and contract the virus — some after parishioners seemed to ignore the pleas of church and health officials officials to wear masks, practice social distancing and other steps to combat the virus that’s killed nearly 1.4 million people worldwide.

In Belgrade, many mourners paying their respects Saturday to Serbian Orthodox Church Patriarch Irinej ignored precautions and some kissed the glass shield covering the patriarch’s body, despite warnings not to do so from Serbia’s epidemiologists.

That scene unfolded three weeks after the 90-year-old Irinej led prayers at the funeral of Bishop Amfilohije in nearby Montenegro, an event attended by thousands where many kissed the bishop’s remains in an open casket.

The highly publicized episodes happened as Serbia reported thousands of newly confirmed infections daily in the country of 7 million and as the government in recent days has tightened measures to hold off the virus. As the country’s health system strains to treat more and more people for the virus, some patients in Belgrade hospitals with less serious conditions are being transferred to hospitals elsewhere.

Those same kinds of tough decisions and terrible predicaments are playing out all across the United States.

California was set to enact a nighttime curfew starting Saturday night in an attempt to keep people away from parties, social mixing and drinking — the kinds of activities blamed for causing infections to soar. The state’s curfew will run from 10 p.m. to 5 a.m. curfew for most of the state’s residents and last through at least Dec. 21.

“Large numbers of people getting together oblivious of controls — no masks, no social distancing, often indoors — a lot of those things are in fact occurring at night,” said Dr. Mark Cullen, an infectious disease expert who recently retired from Stanford University.

President Donald Trump tweeted on Saturday that his eldest son, Donald Trump Jr., is doing “very well” in quarantine after being infected with the virus. Trump Jr. is among more than 12 million Americans who have been infected — and that total also includes the president himself, his wife and his youngest son.

“The Texas Military will provide us with the critical personnel to carry out our fatality management plan and we are very grateful to them for their ongoing support,” El Paso Mayor Dee Margo said late Friday.

In North Carolina, the Charlotte Observer reported that three more people who attended large events at the United House of Prayer for All People in Charlotte last month died — boosting the total deaths linked to the church’s events to 12.

Public health contact tracers and other officials have connected more than 200 COVID-19 cases to the church’s events, including people who attended the events and those who came in contact with them, the newspaper reported.

And in Michigan, 61 pastors at Grand Rapids-area churches decided to stop holding in-person worship services, weddings and other big gatherings, largely in response to the pleas of the state’s health care workers, who have been overwhelmed by the surge in new cases

In Illinois, as the state tightened restrictions to combat an alarming surge in cases, the Archdiocese of Chicago announced that clergy and bereavement ministers won’t be required to attend graveside services if they are worried that more than 10 people could show up.

The troubling developments linked to church gatherings came as officials across the U.S. in cities and towns brace for an event synonymous with large gatherings: Thanksgiving Day.

Health officials are begging people not to travel for Thanksgiving and asking families to resist inviting anyone over to the house who does not already live there.

“Don’t let down your guard, even around close friends and relatives who aren’t members of your household,” Arizona’s health department said on Twitter.

In other coronavirus developments:

— Kansas prepared to launch a media campaign to encourage more people to wear masks, though some officials are skeptical that it will have much impact. Democratic Gov. Laura Kelly issued two mandates for people to wear masks in public, including one set to take effect Wednesday. But a June law allows the state’s 105 counties to opt out.

— Vermont, which has had among the lowest U.S. infection rates but is experiencing a surge, announced it will add more contract tracers and testing capacity. “The contract tracing team has been stressed as you might imagine at this point,” Gov. Phil Scott, a Republican, said.

— Iran shuttered businesses and curtailed travel between its major cities, including the capital of Tehran, as it grapples with the worst outbreak of the coronavirus in the Mideast region. The Iranian Health Ministry said on Saturday that the death toll from the virus has surged past 44,000. The new restrictions include Iran’s major cities and will last two weeks but can be automatically extended.

— Turkey recorded its highest number of daily coronavirus patients on Saturday, according to the Health Ministry, as the country went into its first weekend curfew since June. The ministry said 5,532 new patients with symptoms were diagnosed, some 400 more than were recorded on the previous record day in April.

— Russia reported a new daily high in the number of coronavirus infections and deaths. The national coronavirus taskforce said 24,822 new cases were recorded over the past day, the fourth time in a week that a new high was tallied. It said a record 467 people died of COVID-19. 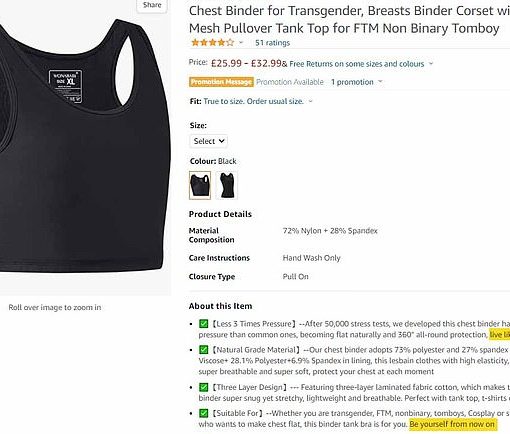 Controversial chest-binders — which can dangerously compress breasts — are being sold with no warnings on Amazon, MailOnline can reveal.  Chest-binders, which […] 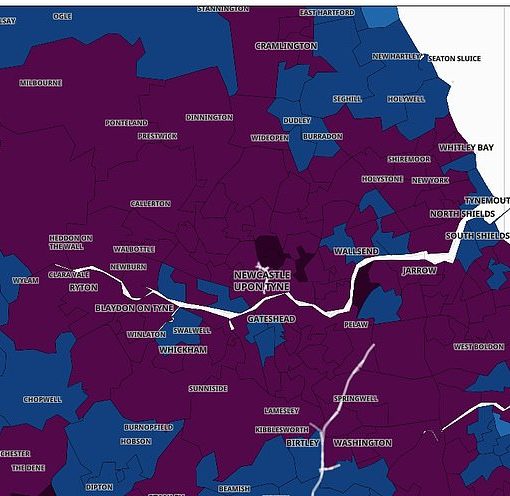 Newcastle upon Tyne is now England’s Covid hotspot, while the North East has overtaken the North West as the nation’s worst-hit region, […] 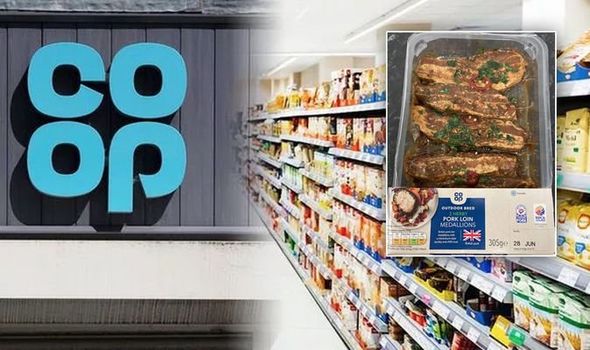 CO-OP have issued an urgent recall in a meat food product due to allergy fears. These are the details shoppers need to […]