Just a week ahead of the Thanksgiving holiday, the Centers for Disease Control and Prevention advised Americans not to travel to see family or friends outside their households.

“The tragedy that could happen is that one of your family members, from coming together in this family gathering, actually could end up being hospitalized and severely ill and die,” Henry Walke, the CDC’s COVID-19 incident manager, said on a call with reporters on Thursday.

But although fewer US residents will travel over Thanksgiving this year than in a typical season, tens of millions still plan to drive, fly, or take a bus to mingle with extended family. Experts expect the mass travel to exacerbate the country’s already devastating surge in cases and deaths.

In the last week, 1 million people were diagnosed with the coronavirus. On average each day, 1,300 people have died.

“We don’t even know how bad the swell and surge is going to be after Thanksgiving,” Swaminathan said.

The US has plenty of examples of successful efforts to curtail the coronavirus’ spread. But the most notable ahead of this holiday season is China’s approach to the Lunar New Year. A few days before that holiday in January, the Chinese government recommended against travel nationwide, banned all public celebrations, and shut down all transportation to and from Wuhan, the epicenter of the outbreak.

A May study published in Science showed that without those restrictions and recommendations, the coronavirus would have spread far more quickly.

“The epidemic peaked in Hubei province on February 4, 2020, indicating that measures such as closing citywide public transport and entertainment venues and banning public gatherings combined to avert hundreds of thousands of cases of infection,” the study authors wrote.

Yet 10 months later, and with many millions more cases than China had during the winter, the US is not following that example.

Lunar New Year travel spread the coronavirus, but far less than it could have

Travel ahead of the Lunar New Year almost certainly helped the virus spread among hundreds of cities and thousands of people in China and internationally, since many people traveled before regions and cities were locked down. But it could have been far worse.

China banned all travel out of Wuhan on January 23, two days before Lunar New Year on January 25. A day later, it expanded the restriction to encompass the entire Hubei province. The nation also banned Lunar New Year celebrations in most major cities and advised citizens not to travel.

China had confirmed just 835 coronavirus cases and 26 deaths at that point.

“The lockdown is actually very, very forward-looking because it is based on the judgment that Wuhan has already been much much worse than [had] surfaced at that time,” Jin Dong-Yan, a virologist at the University of Hong Kong, told Business Insider.

What’s more, Jin said, China made its decision to enact restrictions when the outbreak situation was much smaller and more controllable.

“It’s not quite comparable to me — this year for the Chinese New Year, at that time the spreading of the virus is still localized, mainly in Wuhan,” he said, adding, “all the other cities have sporadic cases, you can say spikes and whatever, but there’s no major widespread outbreak. That’s the difference.”

Jin added that Chinese citizens are more likely to follow government orders than citizens of many other countries, particularly the US and Western Europe.

“China is very different from the rest of the world. They can be very disciplined,” he said.

Indeed, Ye Shen, an epidemiologist at the University of Georgia, told Business Insider that “most Chinese citizens took the shutdowns very seriously.”

“Many people canceled their trips, and many places had lockdown orders,” Shen said. “Personally, I have had family members and relatives canceling their travel plans to foreign countries such as Japan.”

Unlike China, the US has not instituted any outright travel bans in its hotspot zones. (At this point, the term hotspot may even be a misnomer, since most US regions have high case rates.) And the CDC’s guidance came after millions of families had already made plans.

Still, AAA predicts that Thanksgiving travel will decrease by 10% overall in the US relative to last year, the largest drop since the recession in 2008. Travel by bus, train, and cruise is expected to decrease the most: from 1.5 million passengers to just 353,000, or about 76%.

Airplane travel is down, too. According to a Business Insider analysis of commercial flight data provided by Cirium, the total number of domestic flights decreased 34.5% from last year. Whereas 2019 had 213,000 flights between the Friday before Thanksgiving and the Sunday after, this year there are fewer than 140,000. The total number of available seats decreased by 33.6%, from about 26.6 million to 17.6 million.

But car travel is only projected to fall slightly, from 49.9 million to 47.8 million.

Eli Perencevich, an infectious-disease specialist at the University of Iowa, told Business Insider that even many of his patients who are sick with other illnesses, or at risk due to their age, also say they won’t follow basic safety protocol.

“Many of them are like, ‘No, we’re still having Thanksgiving with the family, and I’m not wearing a mask.’ And it’s just devastating,” Perencevich said.

If you do gather with people from other households for Thanksgiving, most experts recommend staying outdoors, keeping group size limited, wearing masks, and social distancing.

“Now isn’t the time to get the extended family together. Keep gatherings as small as possible,” Emma Hodcroft, a scientist from Basel, Switzerland who tracks coronavirus mutations, previously told Business Insider.

If you must travel, experts say, drive in your car, since that gives you the most control over your exposure risk. 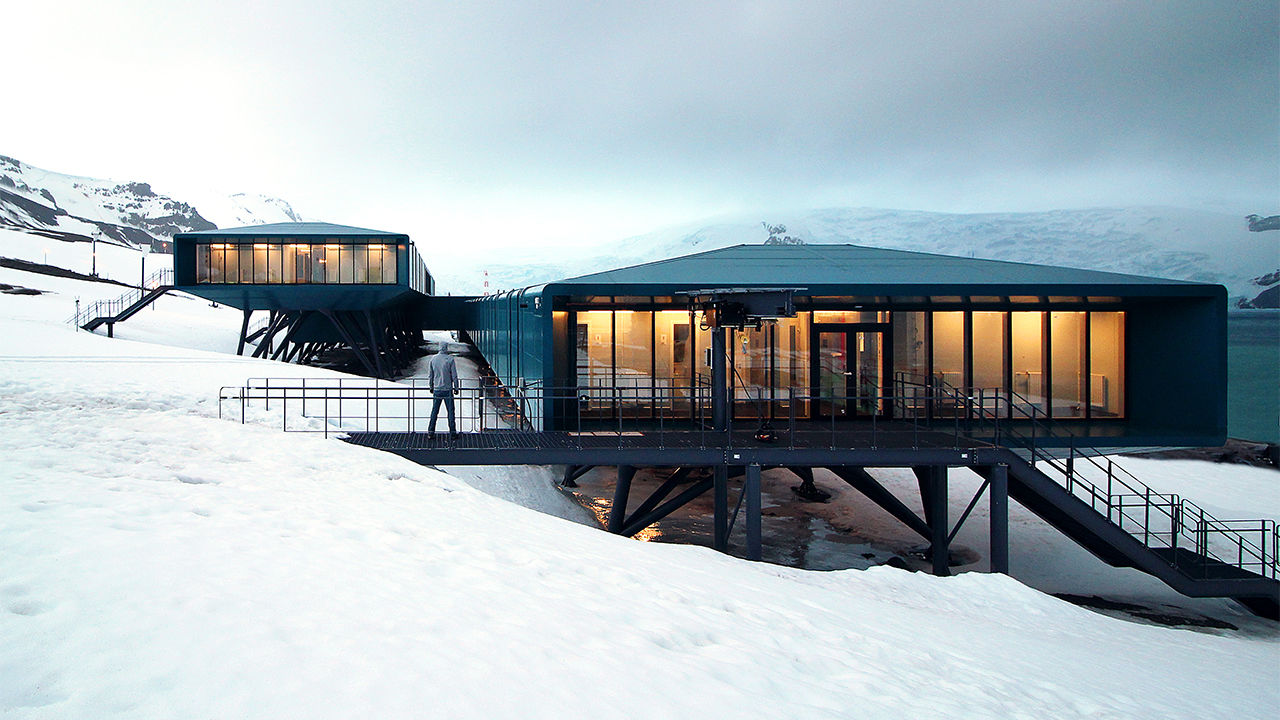 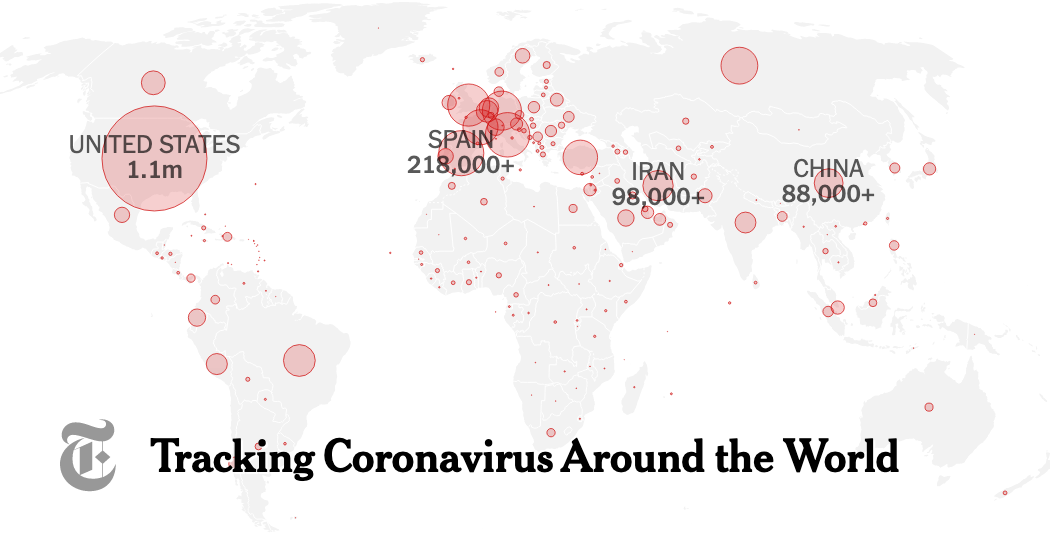 A Trump administration projection and a public model predict rising death tolls. As President Trump presses for states to reopen their economies, […]

Spaceflight causes thousands of changes in the ways heart cell genes are expressed, but these revert mostly to normal within weeks of […] 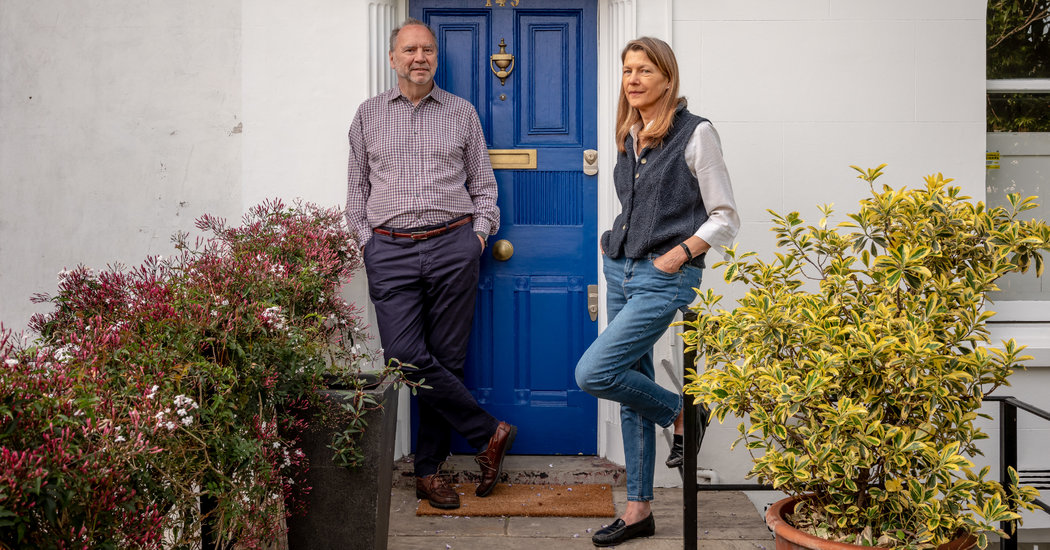 “This is the revenge of the viruses,” said Dr. Peter Piot, the director of the London School of Hygiene and Tropical Medicine. […]