Jason Schaal was sitting at home in Minneapolis last month when he opened his phone to check his email. Among the messages was one from Uber bearing the subject line, “Make your voice heard.” It said the US Department of Labor was hammering out countrywide rules “to determine the independent status of gig workers” and asked Schaal to comment on the plan. As an Uber driver, Schaal said he found the persuasive tone of the email unsettling.

“One of the top reasons you drive with Uber is the flexibility,” read the Oct. 22 email, which was seen by CNET. It asked Schaal to share a few sentences about being an independent contractor, giving prompts like “the ability to balance other jobs” and “earn extra money as a student, caretaker or retiree.”

Schaal, who does full-time gig work for Uber, Lyft, Instacart and Shipt, clicked the link in the email, which took him to a comment page on the Department of Labor’s website. He opted not to leave feedback.

“As I read that email, one of the impressions I got is that Uber is going to put their spin on things,” Schaal said during a phone interview. “It’s almost manipulating to persuade drivers to comment with Uber’s point of view.”

The timing of Uber’s message was no coincidence. It came 12 days before the ride-hailing company’s big victory in California, where it and other gig economy companies spent $205 million to convince voters to approve its Proposition 22 ballot measure. The measure ensures that drivers in the state are classified as independent contractors, rather than employees, sidestepping the need for companies to provide benefits like health insurance. The companies hope to replicate their ballot box success across the country, and they’ve already been plotting their national push.

Spokespeople for Uber, Lyft, Instacart and DoorDash confirmed to CNET that the companies are planning to bring their Proposition 22 model nationwide, saying that’s what gig workers want.

The emails to drivers like Schaal represent just one element of Uber’s broader strategy to go countrywide. In August, the company published a white paper outlining “priorities for industry and government action” on gig worker classification state by state. That same month, Uber released findings from a nationwide survey it commissioned on what drivers and voters think about workers being classified as independent contractors. The company has also hired a record number of federal lobbyists and created an information portal for drivers titled “Together, we can reinvent independent work.”

“The big platform companies may have won in California, but the gig worker fight has only just begun.”

Now, with the California vote showing it’s possible to beat laws and regulators with a lot of money and groundwork, Uber and its gig economy companions have hit the ground running in the rest of the country. Emboldened by the Proposition 22 win, Uber and Lyft said they’ve been reaching out to unions, state regulators, governors and federal officials. The companies say California could serve as a template for how gig workers should be classified nationwide.

“Going forward, you’ll see us more loudly advocate for new laws like Prop 22,” Uber CEO Dara Khosrowshahi said during an earnings call earlier this month. “It’s a priority for us to work with governments across the US and the world to make this a reality.”

On Wednesday, Uber, Lyft, Instacart, DoorDash and Postmates launched a coalition out of Washington, DC, called the App-Based Work Alliance. The aim, the coalition says, is to “preserve worker independence.” It points to Proposition 22’s passage and says it will educate state officials on independent work and “promote federal policies that support the growing on-demand economy and urge Congress to think more ambitiously when it comes to modernizing our nation’s labor laws.”

The gig economy companies say this battle is existential. If they’re required to classify drivers as employees, the companies will have to pay for drivers’ health insurance, minimum wage and sick leave — adding high costs that the companies say could hurt their bottom lines. Uber, Lyft and DoorDash aren’t yet profitable. According to Uber, about 7 million people in the US did gig work for at least one of the companies in 2019, with about 1 million of them working for Uber.

Get a roundup of tech news, featuring the best and most important stories from each week.

As for gig workers, many say they need more labor protections from the companies. They say they struggle to pay rent and doctor bills, and to put food on the table, according to a survey by the Institute for Social Transformation at the University of California, Santa Cruz. Drivers and labor activists who opposed Proposition 22 say they too are planning to take their battle nationwide.

“The big platform companies may have won in California, but the gig worker fight has only just begun,” said Brendan Sexton, executive director of the Independent Drivers Guild, which represents 800,000 ride-hail drivers in New York, New Jersey and Connecticut. “California’s experience should light a fire under pro-worker state legislatures across the country.”

Schaal had been off work for five days when he got the email from Uber. He was home because he was waiting for results from a COVID-19 test after he’d been possibly exposed to the novel coronavirus while doing a gig job for Shipt, a delivery company owned by Target. He said he was already anxious about not making money that week, and the email just added to his worries.

“It just came out of the blue,” Schaal said. “I don’t see any net positive effect of allowing the companies to force the definition of what we are down our throats.”

Uber used the direct-message tactic to also lobby support from drivers during the Proposition 22 campaign. Both Uber and Lyft bombarded drivers and passengers, stumping for the proposition and saying job flexibility would be lost and prices would skyrocket if drivers became employees.

“You can change the narrative based on the degree to which you’re being responsive to your users — all through an app. That is a marketing goldmine,” said David McCuan, a political science professor at Sonoma State University. “That is the power of Big Tech.”

Uber’s messages to California drivers included asking them to record 30- to 60-second videos of themselves describing why flexibility is important. But that campaign brought backlash. Drivers filed a lawsuit against Uber in October alleging they feared retaliation if they didn’t participate in the company’s in-app surveys. In response, Uber told the court it would stop political polling on the app in California. A judge later rejected the lawsuit.

Other tech heavyweights have used similar strategies in the past, but not to the scale of the gig economy companies. Earlier this year, Google tried to stamp out a bill in Australia that would require it to pay local news outlets. The company wrote an open letter to users arguing the bill would make search “dramatically worse,” then linked to the letter on its Australian homepage.

In 2012, internet companies protested against the Stop Online Privacy Act and the Protect IP Act, two bills the tech industry saw as threatening to free expression and innovation. Google blacked out the corporate logo on its iconic home page and, if someone clicked on it, sent users to a “End Piracy, Not Liberty” petition. Mozilla did the same with its Firefox browser. Wikipedia shut down for 24 hours, instead only showing a darkened page that said “Imagine a World Without Free Knowledge.”

The gig economy companies’ win on Proposition 22 could inspire other tech companies to take advantage of captive audiences. But giants like Google and Facebook probably won’t overuse their platforms as soapboxes, says Jack Poulson, founder of watchdog nonprofit Tech Inquiry. Those bigger companies are more likely to use lobbyists to get out their messages. Though Uber uses lobbyists as well, Poulson says, it’s much more freewheeling with its public image.

“With Uber, their brand has been through the mud,” said Poulson. “They take a bit of a mercenary tone.”

Uber has been laying the groundwork for its national push on gig worker status over the past couple of years, but in late March it made a splash bringing its idea to the public.

As the coronavirus raged across the country, Uber CEO Khosrowshahi sent President Donald Trump a letter seeking help. He began the three-page letter asking the government to include independent contractors in its economic stimulus package. He then laid out his case for changing labor laws to create what he called the “third way.”

“More and more we are at this crossroads where we are defining the next class of American worker.”

The idea, he said, is to invent a new category of workers who’d be classified as independent contractors but get a few more perks. He implied that current labor laws could end up hurting gig economy companies, saying, “each time a company provides additional benefits to independent workers, the less independent they become; and, without legislative clarity, the more uncertainty and risk the company bears.”

Since then, Uber has expanded on its “third way” plan with its white paper, nationwide survey and a New York Times op-ed by Khosrowshahi discussing the new worker model. The 18-page white paper says it’s intended to encourage dialog among a wide range of stakeholders and emphasizes the “urgent need for new high-quality independent work.” The paper outlines Uber’s plan to work with governments to give independent contractors some benefits that employees already have, such as accident insurance and protection under discrimination laws.

In the first half of 2020, Uber hired a record number of 40 lobbyists and spent $1.2 million lobbying the federal government, according to Open Secrets. Lyft also shelled out more than it had in the past for federal lobbying, spending $760,000 and hiring 36 lobbyists in the first half of the year.

Though Uber and Lyft have been laying the groundwork to change labor laws federally, Tusk said that may be an uphill battle under the administration of Democratic president-elect Joe Biden. Both Biden and Vice President-elect Kamala Harris publicly opposed Proposition 22. And since getting elected, Biden has promised to tackle gig economy companies that classify workers as independent contractors.

“This epidemic of misclassification is made possible by ambiguous legal tests that give too much discretion to employers, too little protection to workers, and too little direction to government agencies and courts,” reads Biden’s plan on worker empowerment.

An easier path for the “third way” would be a state-by-state option, Tusk said. An Uber spokesman told CNET the company is in talks with lawmakers in states across the country but declined to specify which ones. “We are pushing to give drivers new benefits and protections in other states — a proposal that drivers nationwide strongly support,” the spokesman said.

It’s unclear if lawmakers in Minnesota, where Schaal lives, are meeting with the gig economy companies. The only information Schaal said he’s received from Uber was the email urging a federal plan.

Schaal said he went back to work doing deliveries and giving rides after his COVID-19 test came back negative. He’s not sure what the right approach is on defining gig workers, but he’s certain that safeguarding workers’ rights is crucial and government officials should take that into account when changing any laws.

“More and more we are at this crossroads where we are defining the next class of American worker,” Schaal said. “We need to make sure we have certain rights and protections.”

If you’re a big fan of Stephen King, your arcane knowledge of the people, places and supernatural events that appear in his […] 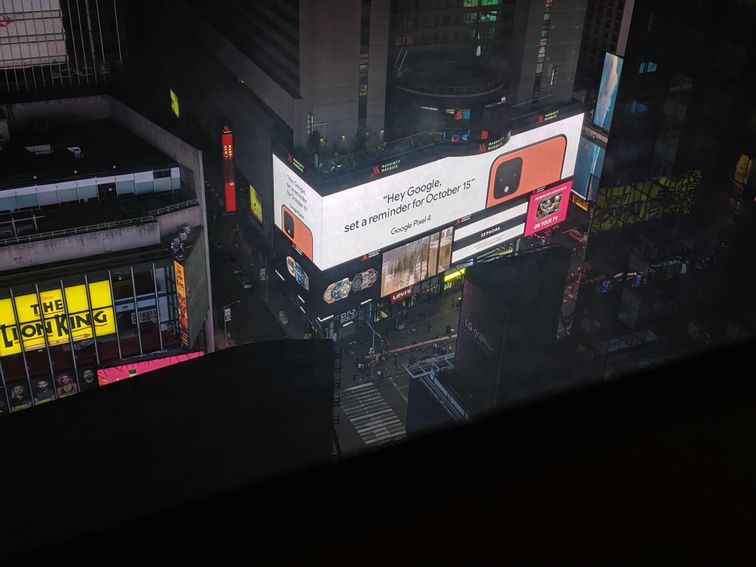 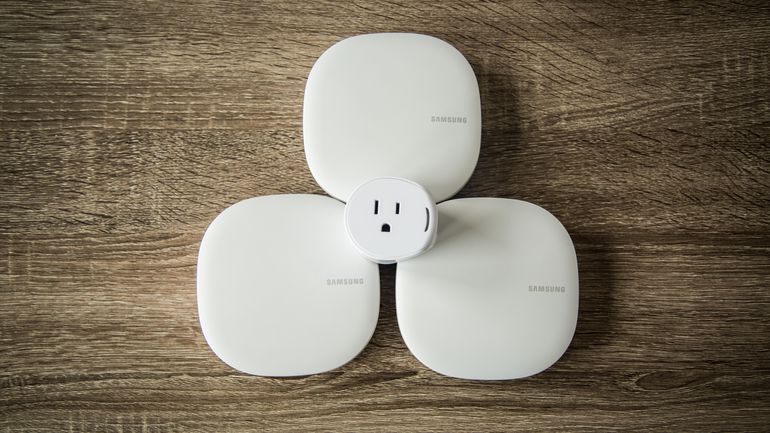 The Samsung Connect Home is an AC1300 mesh Wi-Fi system that doubles as a SmartThings hub. A three-pack of units costs $380. […]