A new console generation usually means a new library of games. That’s not exactly the case with Microsoft’s Xbox Series X and Xbox Series S, at least not yet. There are few true next-gen exclusives. Instead, several recent Xbox games were released in both last-gen and next-gen versions.

Meanwhile, a handful of legacy Xbox One titles have received “optimized” versions for the Series X and S. (In other words: sharper resolutions and higher framerates.) Amid the 30 or so “optimized” games, there are some true gems. Though you can technically play all of them elsewhere, they perform notably better on these new consoles.

(A quick note for Kotaku regulars: As with any console launch, the early offerings aren’t exactly robust. To that end, we’re capping our console-launch Bests lists at just six games, rather than the usual 12, and limiting it to those with truly new-gen versions. For great backward-compatible Xbox One games, consult the links above. We’ll update this post as additional worthy Xbox Series X games release in the coming months.)

Ori and the Will of the Wisps

Ori and the Will of the Wisps was already one of the best platformers of 2020. Following a launch-day update for the Xbox Series X and S, it’s even better, and includes video settings that support supersampled 6K resolution at 60 fps. (If you have a fancy enough screen, the game can run in 4K at 120 frames per second.) The biggest knock against Ori and the Will of the Wisps was that, at launch, it was marred by some performance issues: lockups, screen stutters, things of that nature. All such issues are wholly eliminated on the Series X. Ori now leaps through the whimsical magic-forest of Niwen with the precision and dexterity of an Olympic gymnast. Menus and combat are smooth as butter, as are character animations. In short, one of 2020’s best platformers is officially one of its best-performing ones, too.

Not A Good Match For: Anyone looking for an easy game. Big criers.

Round any corner in Assassin’s Creed Valhalla and you’ll stumble upon something fascinating. Despite the game’s staggering size, you won’t find any traditional, cookie-cutter side-quests. Rather, Valhalla’s open-world take on 9th-century England and Norway is dotted with brief activities called World Events. They’re all bespoke, and vary from platforming challenges to environmental puzzles to brief, narrative vignettes. The narrative structure, too, consistently surprises. Alongside an overarching story, each one of the map’s dozen or so regions has its own self-contained set of missions. But recurrent characters pop up, giving you the feeling that you’re playing through (very murder-happy) seasons of a TV show. Combine all that with the RPG elements that made the more recent series entries (Origins and Odyssey) so awesome and you have a standout game. Oh yeah, and the hidden blade is back.

A Good Match For: Fans of Assassin’s Creed Origins and Odyssey, or The Witcher 3: Wild Hunt. Renaissance Faire attendees. Anyone with 1,645 hours to burn.

Not A Good Match For: Anyone who has a fear of consequences; the choices you make in the main story will bite you in unexpected, Witcher-y ways.

Here’s the pitch: Tetris, but with friends. And EDM. And an incandescent light show constructed from some of the snazziest particle effects in gaming. Yes, Tetris Effect: Connected is an audiovisual delight, one that packs even more punch since we’re not allowed to go to raves in 2020. As for how it plays, the foundation remains unchanged from Alexey Pajitnov’s 1984 original. But there are plenty of modal twists and reworks. The best is a multiplayer mode, called “Connected,” wherein you and two other players team up to “fight” against a series of bosses, who flip the script in unexpected ways. (Maybe you’ll have your board inverted, or you’ll find a super-sized brick in your queue.) After a minute or so, the music drops, your three boards fuse together as one, and you take turns placing pieces wherever you want—with the goal of clearing triple-wide lines—before reverting to your own solo space. It breathes new life into the most quintessential classic, all while paying homage to what made the original so enduringly special in the first place.

A Good Match For: Fans of covers that sound like brand-new songs but retain the same tune. Anyone who’s spent hours playing Tetris on a smartphone and craves a bigger screen.

Not A Good Match For: Those with photosensitivity issues; the game warns you up front that the game could “trigger dizzy spells or epileptic seizures in a small percentage of people.”

You know Gears of War as the brawniest Xbox series, but it’s also one of the brainiest ones. Gears Tactics, which first released on PC before receiving a console release alongside the Xbox Series X and S, trades cover-based third-person shooting for cover-based third-person tactics. Set before the events of the main series, you command Gabe Diaz (the father of Gears 5 protagonist Kate Diaz) and a small contingent of frighteningly muscular soldiers in XCOM-style tactical combat against foot soldiers of the Locust horde. Each unit falls under a different class, and each class has a robust skill tree, allowing you to customize your Gears’ talents beyond just “shoot real good and punch real hard.” Masochists will be thrilled to hear about a relentlessly punishing mode, Ironman, which prevents any back-tracking.

A Good Match For: Fans of chess or XCOM. Sentient protein shakes.

Not A Good Match For: Anyone seeking a third-person shooter; just go play the excellent Gears 5 instead, which has also been revamped for Xbox Series X and S.

Read our review, and our impressions of the console port.

Yakuza: Like a Dragon isn’t the best Yakuza game you can get. It is, however, maybe the best you can get on the Xbox Series X and S, since it’s the first to have been released with next-gen systems in mind, and is also the perfect place to start with the series if you’ve somehow never played one before and were put off by previous games’ reliance on real-time brawling. This one replaces that action gameplay with JRPG-style turn-based combat, which results in a far more chilled experience—or as chilled as kicking bikes into people’s faces before crushing them with a giant vibrator can be.

A Good Match For: Yakuza fans, Yakuza newcomers, and anyone in between.

Not A Good Match For: The time-crunched; this is one massive game.

What more is there to say? It’s Halo! We’re talking about the Xbox flagship. Halo: The Master Chief Collection compiles the mainline Halo games—Halo 1 through 4, plus add-ons for Reach and ODST—into one, tidy package, available on all Xbox consoles. But, for the Xbox Series X and S, The Master Chief Collection has been updated to allow for 4K resolution and heightened framerates. (As with Ori, those with compatible displays can run it at 120 fps, a massive boon for such a high-stakes shooter.) Multiplayer fans will be thrilled to hear that, right now, the community feels more alive than ever. You can queue up a match in seconds. You can drop into playlists for game types across multiple games, or curate matches to your liking, choosing individual Halos and modes piecemeal. (Team Slayer or nothing, folks.) The campaign, too, is better than ever, thanks to the visual enhancements. Make no mistake: Those notorious issues that plagued The Master Chief Collection in the past are but a distant memory.

A Good Match For: Fans of shooters new and old. Anyone who wants to catch up on Halo before the eventual release of Halo Infinite, planned for sometime between now and the Great Journey.

Not A Good Match For: Those looking to conserve storage space; The Master Chief Collection clocks in at more than 120GB. Anyone itching to play Halo 5: Guardians, as Spartan-117’s most recent outing isn’t part of the Collection.

Read our impressions, and our reassessment.

Want more of the best games on each system? Check out our complete directory: 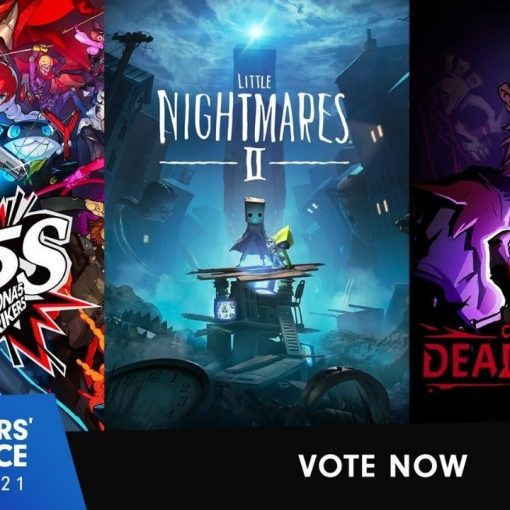 February has come to a close, which means it’s time to open up the Players’ Choice polls and vote for your favorite […] You can’t throw an entirely-made-in-Dreams convention one year and not do it the next, can you? With DreamsCom ’21 opening its virtual […] 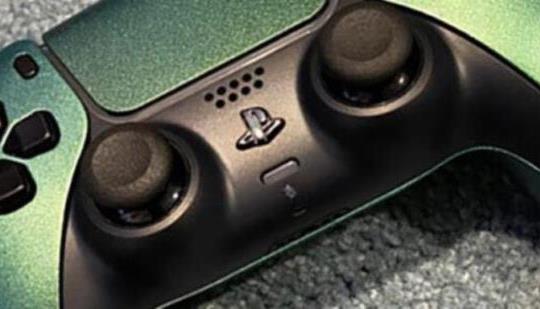 Not only did he change the colour of the controller, but he even changed the buttons! Check out the classic coloured buttons! […]