A boy in Russia has been rescued 52 days after he was kidnapped by an alleged paedophile as he walked home from school in Russia.

The seven-year-old who had been feared murdered was pictured hugging his overjoyed parents after his ‘miracle’ discovery.

His kidnapper was later named as Dmitry Kopylov, 26, who is alleged to have have sexually abused the boy, according to reports citing law enforcement.

Police released dramatic footage showing the storming of Kopylov’s home when he was detained.

They had been tipped off by Interpol that a sinister dark net site revealed the boy was with his abductor some 14 miles from his home in Gorki village, Vladimir region, where he had gone missing in late September. 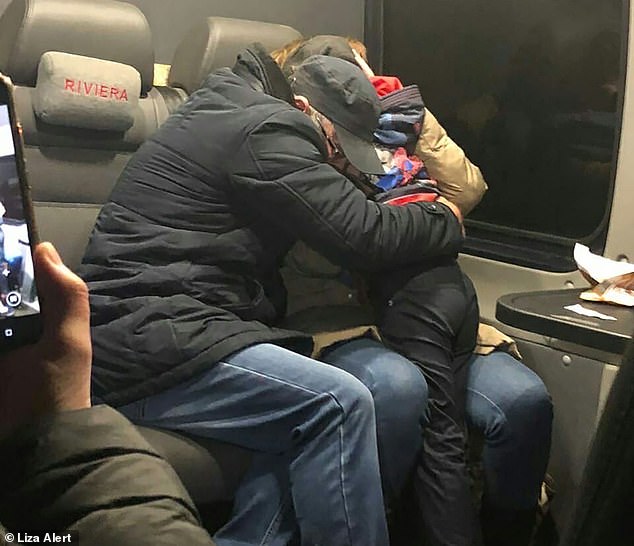 A seven-year-old boy hugs his parents after he was rescued 52 days after being abducted by an alleged paedophile as he walked home from school in Gorki village, Vladimir region, Russia 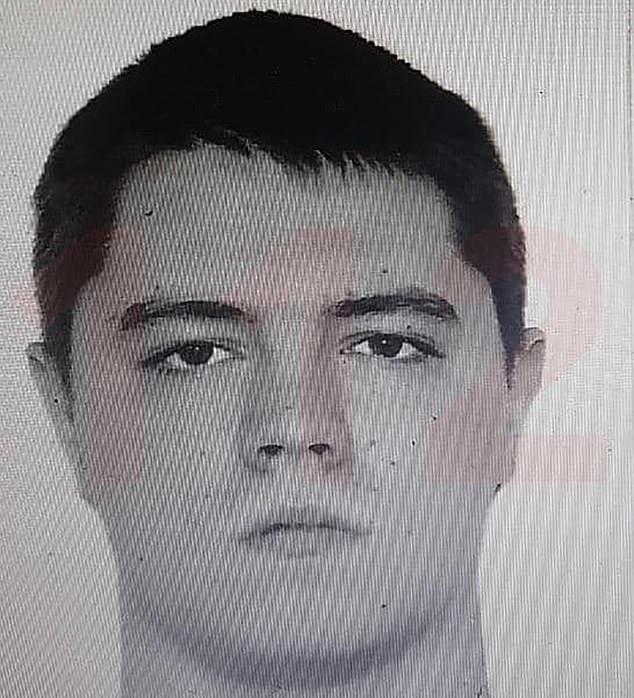 His kidnapper was later named as Dmitry Kopylov (pictured), 26, who is alleged to have have sexually abused the boy, said reports citing law enforcement

The source of the tip is believed to be an unnamed foreign intelligence agency scouring hidden areas of the internet used by criminals.

The child is now receiving ‘strong psychological help’, it was revealed.

After he disappeared a huge search involving police, army and volunteers had failed to locate him.

The boy’s father, 47, told REN TV: ‘We always believed that we would find him. He was very happy to see his mother.

‘He hugged and kissed her. We are overwhelmed with feeling. It is an explosion of emotion and relief that the ordeal is over. Finally he is found. 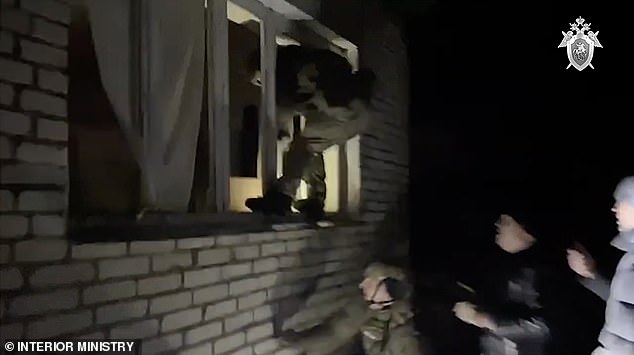 ‘He is resting now. He did not ask for anything, but did not leave his mother. He did not want to communicate with anyone, only with mum and me.’

He said: ‘We have just left the doctors. He is healthy, he has not lost weight.

‘He is a normal child. He threw himself round our necks, sat on our laps, a happy child.’

His father said his son has not told his parents anything about the kidnapping and does not want to talk about it.

The man had previously kidnapped a girl but she was soon found, say reports.

He had ‘corrupted’ the boy but denied rape, telling interrogators he ‘wanted to wait for a certain age’. 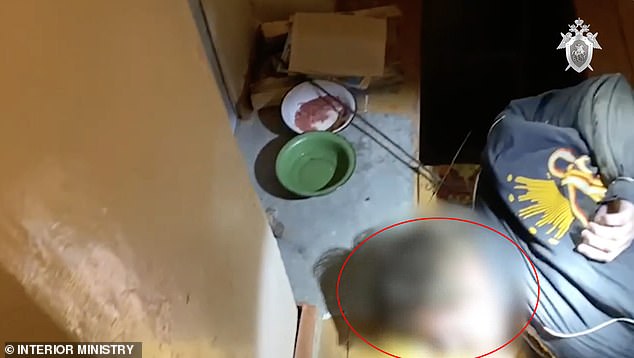 The boy’s whereabouts had become clear from ‘publications in the shadow segment of the Internet’, Colonel Irina Volk said

Cruel local gossips had accused the family of harming the boy but in footage after he went missing, his mother, 42, said she believed he was still alive and would be found.

He was kidnapped after getting off his school.

‘My son said the man pushed him into his car,’ said the father.

‘We do not know where he kept our son.’

Regional children’s ombudsman Gennady Prokhorichev said: ‘This is a miracle. Thank God it is a story with a happy ending.’

He admonished the parents for not escorting the boy to and from the school bus, adding: ‘This is a lesson for us all.’ 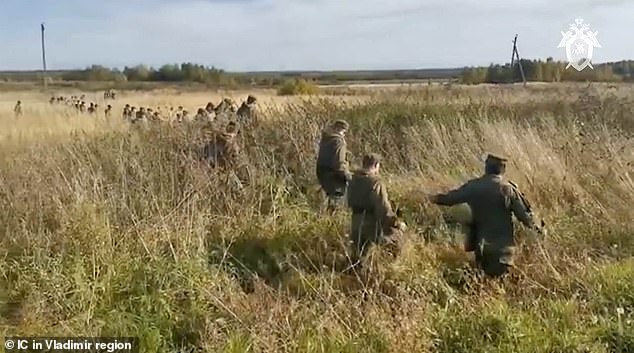 After he disappeared a huge search involving police, army and volunteers had failed to locate him

‘For a month and a half he was kept in a strange house by a man for some reason – he was separated from his family.

‘Now we need to work with the child. He needs the love of his family.’

Colonel Irina Volk, of the Russian Interior Ministry, said the tip about the boy had been received ‘from foreign colleagues through Interpol channels’.

The boy’s whereabouts had become clear from ‘publications in the shadow segment of the Internet’, she said.

He was found in the village of Makarikha, also Vladimir region. 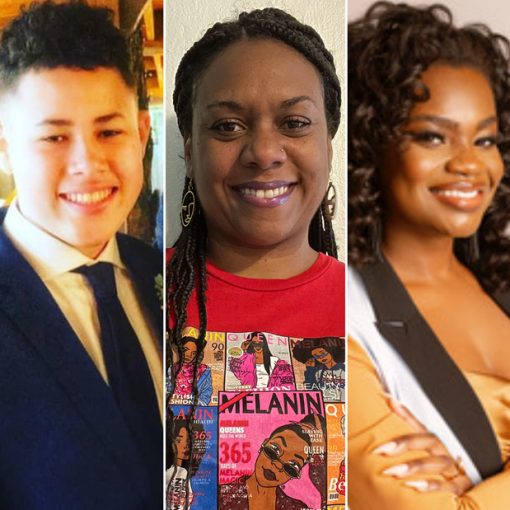 “She made me aware that my grandmother was much darker than my other relatives, especially from her side of the family, and […] 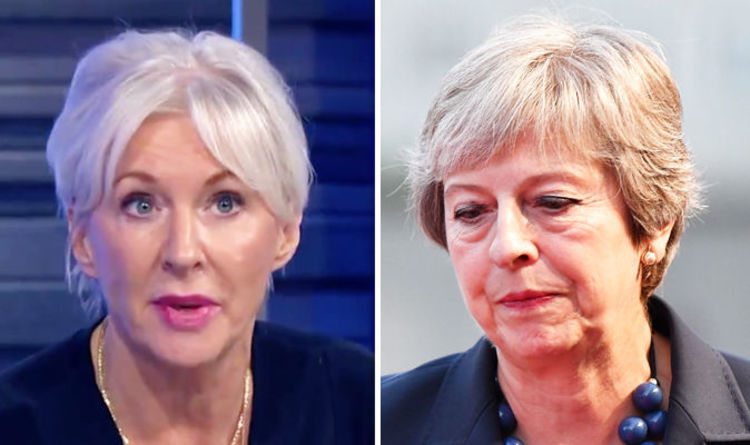 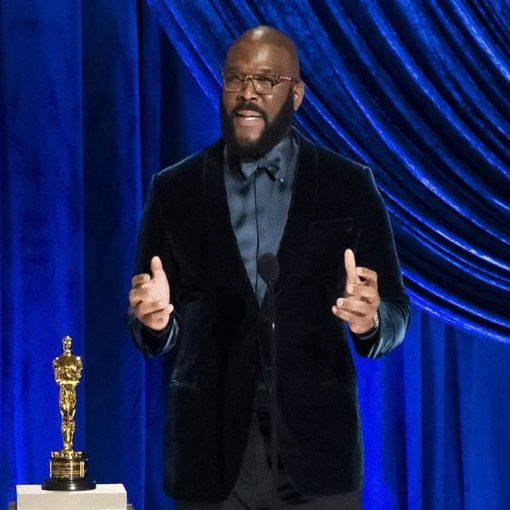 On Sunday night, as on so many nights before, the Academy Awards gave a standing ovation to standing in the middle. They […] 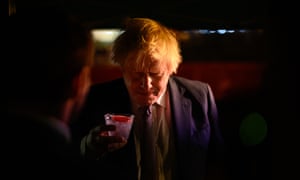 This year has provided the Guardian’s political sketch writer John Crace no shortage of scandals and stumbles to satirise. He tells Nosheen […]