Archaeologists have uncovered the remains of a late-medieval era soldier, complete with his sword and boots, at the bottom of a lake in Lithuania.

The 500-year-old skeleton was discovered during an underwater inspection of a bridge over Lake Asveja, about an hour outside Vilnius.

The body was under a layer of silt and sand some 30 feet below the surface.

According to archaeologist Elena Pranckėnaitė, it’s believed sediment deposited by currents covered the body over the centuries.

Medical experts were able to determine the corpse’s gender and the era he died in, but they are still looking for a cause of death. 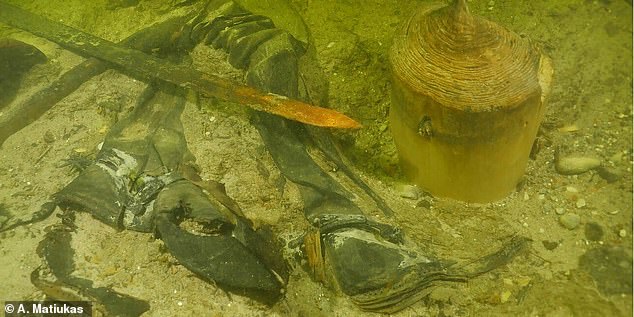 A medieval soldier’s remains, along with his sword, boots, belt and other items, were recovered from the bottom of Lake Asveja in Lithuania

Divers have explored the lake bottom for more than 20 years, but this is the first body they’ve found.

They also recovered an iron sword, two knives with wooden handles, a pair of leather boots with spurs and a leather belt with a buckle, Pranckėnaitė, a researcher with Klaipėda University, told Live Science.

The artifacts provided essential clues for scientists in determining his military role. 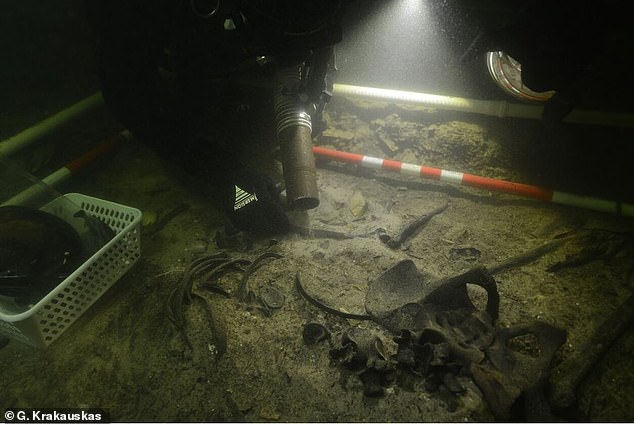 Divers uncovered the remains while inspecting a bridge over the lake in need of repair. An earlier bridge on the same site dates to the 16th or 17th century, possibly during the time of the soldier’s death 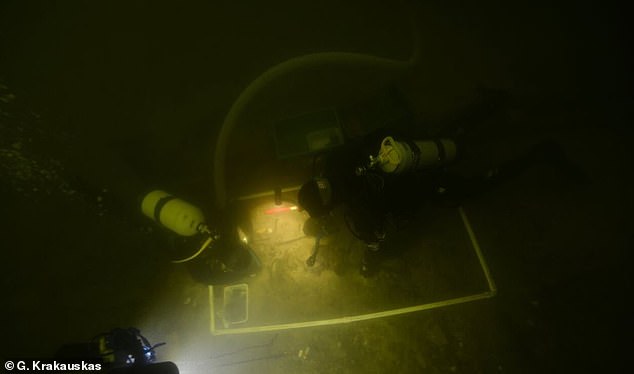 The body was found under a layer of silt and sand some 30 feet below the surface. It’s believed currents deposited sediment that covered it over the centuries 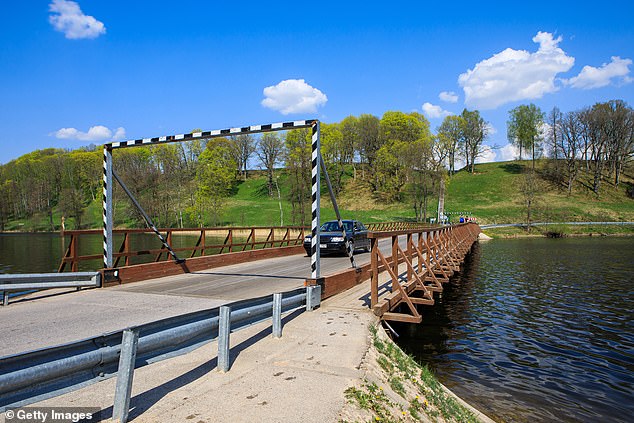 Lake Asveja’s  wooden bridge, the longest in Lithuania, was built in 1934, with then-president Antanas Smetona attending the opening ceremony. Its rotting beams are being replaced with wooden poles

Lake Asveja is also known as Dubingiai Lake, after Dubingiai Castle, constructed in 1412 on an island in the lake that’s now a peninsula.

Built to protect the capital city, Vinius, from attack, it was later converted into a luxurious palace for the ruling Radziwiłł family.

By the early 1800s, though, it fell into ruin and only the foundation remains today.

Prominent members of the Radziwiłł family and Austria are buried on the castle grounds.

The 275-foot wooden bridge, the longest in the country, was built in 1934, with then-president Antanas Smetona participating in the opening ceremony.

Lake Asveja lake near Dubingiai, Lithuania.  Dubingiai Castle was constructed in 1412 on an island in the lake that’s now a peninsula. Only the castle’s foundation remain today

Its rotting beams are currently being replaced with metal poles, necessitating the recent inspection.

An earlier bridge once stood in the same location during the 16th or 17th century, possibly during the time of the soldier’s death.

‘For now, we assume that those discovered human remains could be linked with the former bridge leading to Dubingiai castle, which was situated on the hilltop on the shore of Asveja Lake,’ Pranckėnaitė said. 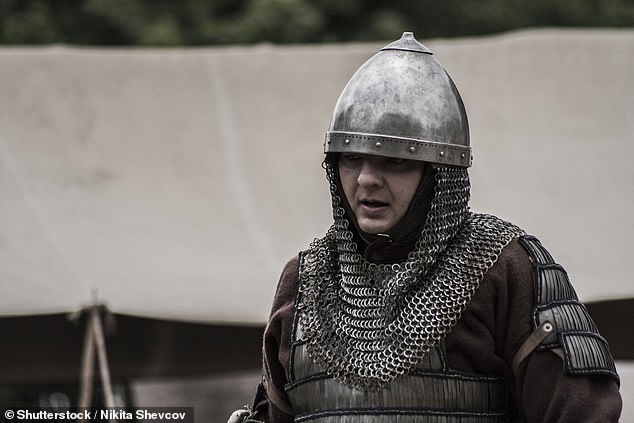 A medieval re-enactor at the International Festival of Experimental Archaeology in Kernave, Lithuania. For most of the 1500s, the Grand Duchy of Lithuania was ruled by the House of Jagiellon, with Sigismund I (1505 -1548) succeeded by his son, Sigismund II (1548–1572)

Researchers were surprised at how well the skeleton and artifacts were preserved after five centuries.

The items ‘are really ‘fresh’ and still need to be carefully analyzed,’ Pranckėnaitė said. ‘We hope to ‘tell the story’ of this soldier at least in a year.’

Scientists at the National Museum of Lithuania will now work to interpret and preserve the relics for future generations. 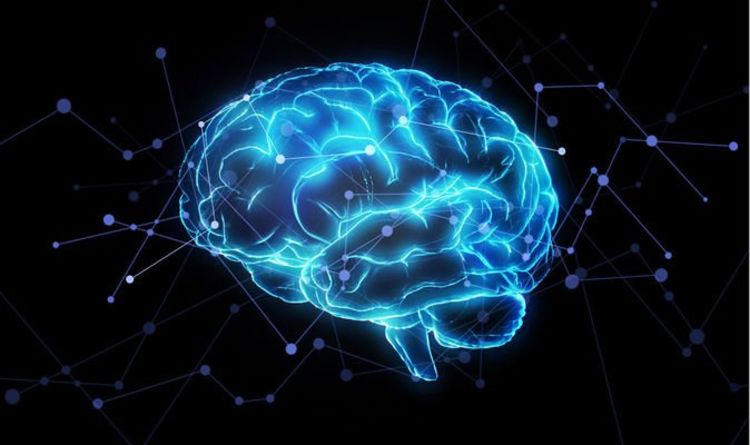 Engineers are set to test a device that could pull defunct spacecraft and used rocket parts back to Earth, allowing them to […] 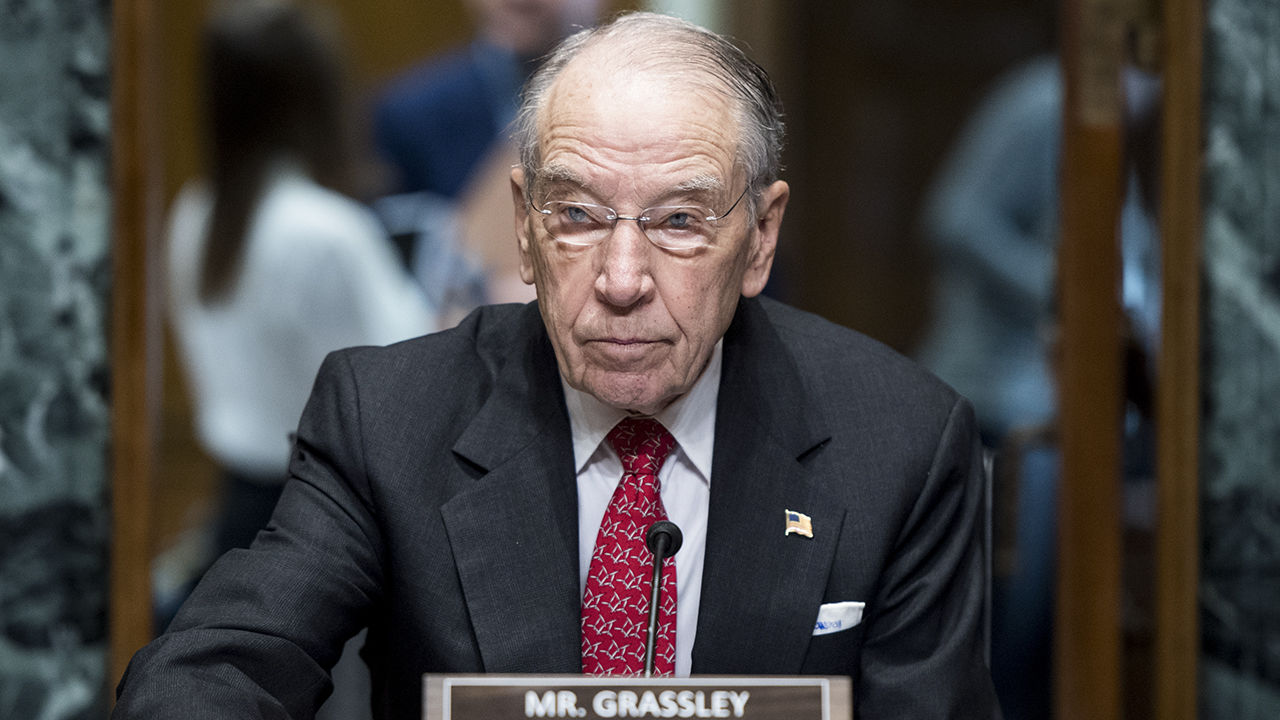 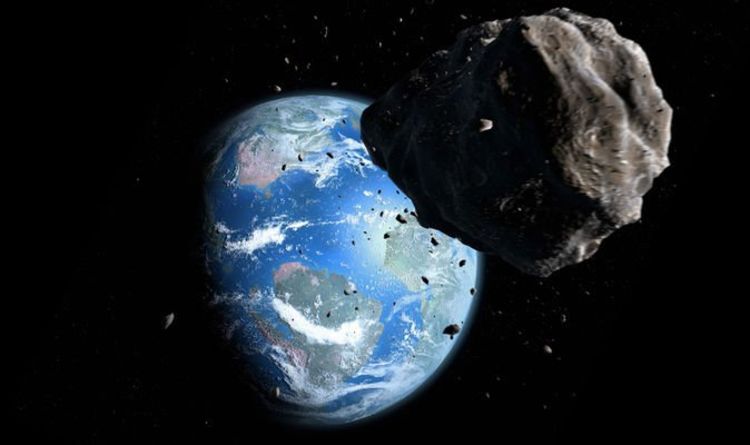