He has answered no questions from reporters, invited no cameras into the Oval Office and ventured no further than his namesake golf course, 25 miles from the White House in Virginia.

Trump has even canceled his plans to travel to Mar-a-Lago for Thanksgiving, administration officials told CNN. The President and first lady were scheduled to spend the holiday at their South Florida resort, but have decided to stay in Washington instead.

“It feels like bunker mentality,” a White House official said before the decision was circulated.

Even as workers dismantle and truck away the temporary metal mesh fencing that surrounded the White House on Election Day, the President remains fortified inside the building as he continues to deny losing to President-elect Joe Biden.

When he looks out his north-facing windows, he can see the reviewing stand for Biden’s inaugural parade — the same one he sat in four years ago — being re-erected on his front lawn.

When he ventures downstairs for meetings in the Oval Office, he often remains late into the evening conferring over his chaotic legal efforts and wondering why more of his lawyers aren’t on television defending him.

During a particularly heated session last Thursday, his deputy campaign manager accused his personal attorney Rudy Giuliani, who was on speakerphone, of being a “f**king a**hole.”

Some days there is talk of a public appearance, but few have materialized since Biden was projected the election’s winner, securing the same number of electoral votes — 306 — that Trump had previously deemed a landslide win when he took office in 2016.

Few previous periods in his administration have featured such light schedules. Trump has rarely if ever resisted television cameras for this long.

His three public appearances since November 3 have amounted to a lie-filled appearance in the briefing room, a rain-soaked wreath laying at Arlington National Cemetery and remarks in the Rose Garden about the coronavirus vaccine, all of which ended without any questions.

Even Trump’s publicly listed but closed-press events have been spare. He has twice had lunch with Vice President Mike Pence, and met with his secretaries of the State Department and Treasury Department last Thursday. But his schedule has not included a classified intelligence briefing in more than a month, even as his administration is denying those briefings to the President-elect, who convened his own non-governmental national security meeting on Tuesday and invited cameras in for a photo-op.

He has sent smoke signals through some members of the conservative media. His friend Geraldo Rivera, a correspondent at Fox News, said Trump described himself as a “realist” when they spoke last week.

In the immediate aftermath of the election, some of Trump’s advisers pushed for more official events that would demonstrate the President going about the job he is now desperately trying to retain. But the White House did not have any announcements or official engagements in the pipeline ahead of November 3 because Trump and his team were so focused on reelection.

Trump has made policy and personnel moves from behind closed doors, including firing the defense secretary and preparing the Afghanistan and Iraq drawdown orders. He reportedly asked about options for striking Iran during a meeting last week. And his administration is scrambling to harden efforts on deregulation and immigration before the end of Trump’s term.

Behind the scenes, Trump has been eager to accomplish things that fell by the wayside during his first years in office and people close to him have said to expect that the next two months won’t pass quietly.

Yet Trump has demonstrated little interest in adding more to his schedule, people familiar with the matter said, and few aides have raised the idea with him because of his dark mood and preoccupation with his loss.

Even as Biden carries out daily public appearances focused on governing, Trump hasn’t felt obliged to keep pace — though he has watched the former vice president’s activities from the White House.

Instead, he is spending mornings in the residence watching television, arriving to the Oval Office later in the afternoon and remaining into the evening. He goes back-and-forth between the office and his adjoining dining room, which is equipped with a large television and where newspapers and magazines are strewn across the table.

When members of his coronavirus task force briefed governors Monday on a nationwide surge in cases from the basement White House Situation Room, Trump was upstairs following developments in Georgia and Pennsylvania, where his team is struggling to gain legal traction in efforts to challenge the election results.

Later, as Pence made his way to Dover Air Force Base in Delaware to witness the dignified transfer of American service members killed during a helicopter crash in Egypt, the President was in the West Wing grasping at developments in Nevada, claiming they would have a “major impact.”

The President has yet to comment on the deaths of the Americans, who were killed last Thursday while serving as part of a peacekeeping force in Egypt. He has not tweeted about the crash or made any other public comments about it.

The West Wing had been without an in-person leader in the weeks after the election as chief of staff Mark Meadows recovered from coronavirus. A number of other Trump advisers became infected after attending an election night party at the White House where few guests wore masks.

Meadows returned to the White House on Monday. He had been working while in isolation and spent ample time on conference calls with colleagues and Trump, people familiar with what happened told CNN.

Others in the building seem less certain about their futures. Despite an edict from Trump’s personnel chief that anyone caught looking for work would be immediately fired, many resumes from the White House have arrived on Capitol Hill in the past week as staffers look to secure jobs.

Many more said they are looking forward to a day when Trump acknowledges, even obliquely, that he will not be president in January so they, too, can begin searching for their next gig. Until he does, staffers have been coming into the building later or not at all some days.

In the East Wing, absent direction from Trump on when or if he’ll accept the election results, there is a pervading sense of auto-pilot. Without the go-ahead to start planning for a move out of the White House in 64 days, there is no packing to begin and no moving trucks to book, leaving staffers in the limbo of “do we stay or do we go?” according to one person with knowledge of the situation.

First lady Melania Trump is focused for now on unveiling her holiday decorations, and lists are being drawn up for the dozens of Christmas parties the White House still plans to host.

On Tuesday, Senate Majority Leader Mitch McConnell suggested the time for Trump’s legal challenges was running short and that state vote certifications would present decisive proof the election was over.

“Once those certifications occur, if they occur, based upon litigation that’s being tried in various places, those will be final,” he told reporters on Capitol Hill. “The Electoral College will meet in December, and the inauguration will be on January 20.”

“We’re going to have an orderly transfer from this administration to the next one,” McConnell said. “What we all say about it is, frankly, irrelevant.”

For now, Trump remains intent on pushing ahead with his legal challenges, brooding over ever-more-conspiratorial theories on why the votes did not go his way. When he has emerged into public, he has sought out only the most familiar venues.

Before the election, Trump had told people he was eager to visit his Mar-a-Lago club after being away for so long, though noted his rooms were in the middle of being renovated. Officials were told Tuesday that Trump had pulled the plug on his Thanksgiving trip.

Fleeting glimpses from cameras positioned across the Potomac River from his golf club on Saturday and Sunday showed him speeding across the course from behind the wheel of his cart, a caddie hanging off the back.

Trump seemed to gain the most solace from crowds of supporters who massed in Washington over the weekend, many protesting the election results and voicing their support for him. A day before the rally, he wrote on Twitter that he “may even try to stop by and say hello.”

But even then, Trump did not actually emerge into the crowd. He opted instead to roll through the adoring throngs in his motorcade, waving energetically out the window as Secret Service agents jogged alongside his vehicle. 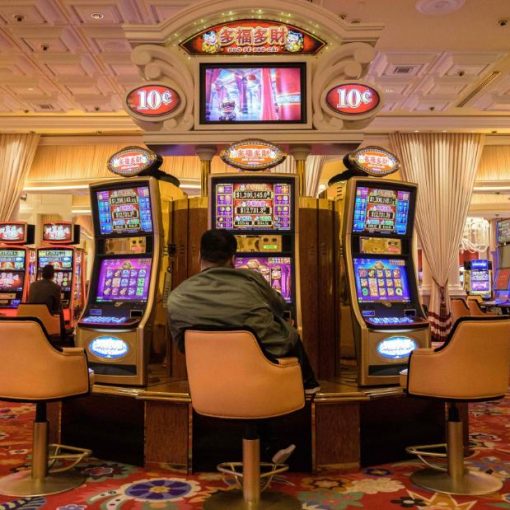 On Tuesday, Macao announced a 45-day public consultation that observers fear will lead to tighter regulations on the lucrative gambling industry in […] 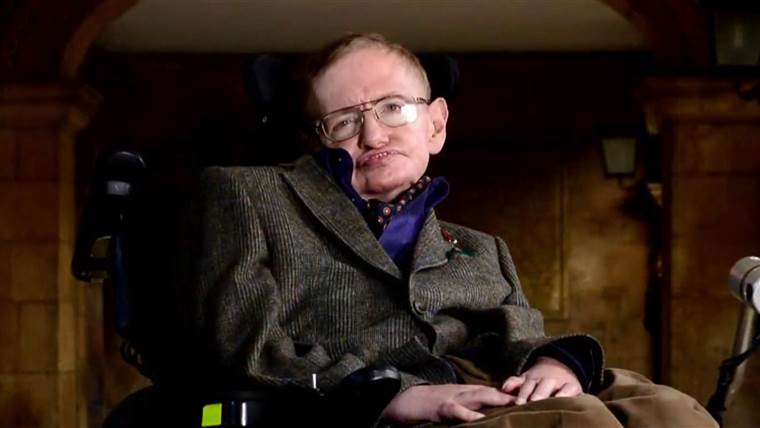 Hurricane Irma is passing through the Caribbean with ferocious strength, leaving several dead.  The Category 5 storm has hammered the French territorial […] 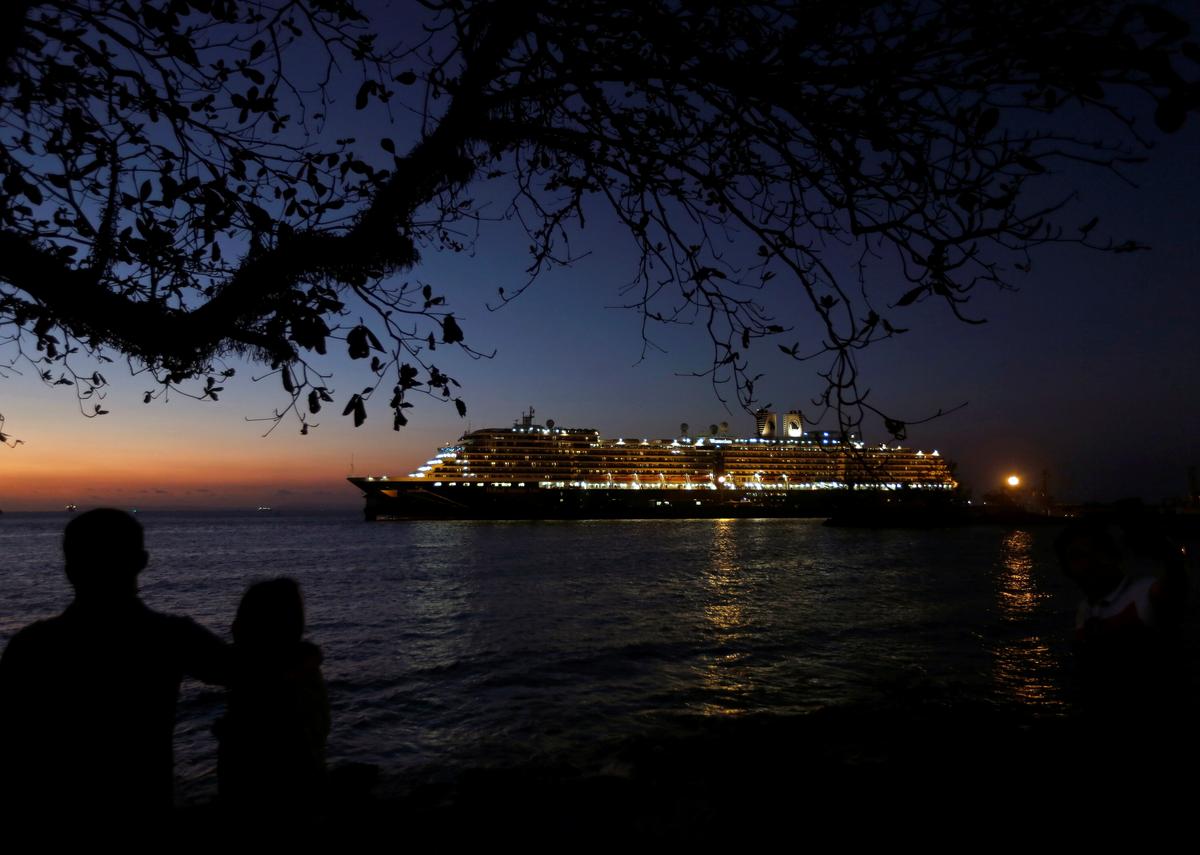 MS Westerdam cruise ship is moored at port in Sihanoukville, where it has been granted permission to dock following nearly two weeks […]