England have dropped Jack Willis and drafted Lewis Ludlam and George Ford into a 25-man squad ahead of Saturday’s Autumn Nations Cup game against Ireland as they brace themselves for a furious physical challenge from opponents desperate to avoid another tame Twickenham defeat.

But in a further blow to the competition, Italy’s match against Fiji, due to be played in Ancona on Saturday, was called off after the visitors returned 29 positive Covid tests. Fiji’s first game, against France, was cancelled with the home team awarded a 28-0 win due to five positive tests in their squad.

Willis enjoyed a productive debut against Georgia but has now been sent back to Wasps with Ludlam, a member of England’s 2019 World Cup squad, picked instead. Ford, who has not featured so far this autumn because of an achilles problem, is also back in the mix to face the Irish, well beaten in their last three meetings with England.

Only last week Eddie Jones was extolling the virtues of the “flipping tough” Willis but leaving him out has the benefit of reminding players to take nothing for granted, as well as giving the 23-year-old’s body more time to acclimatise to Test rugby and inviting everyone else to raise their games. It may well be, however, that Ireland will breathe a sigh of relief given Willis’s freakish ball-stealing abilities around the breakdown.

With the Exeter second-row Jonny Hill recalled ahead of Charlie Ewels, the potential return of Ford could yet open up a spot on the bench for wing Ollie Thorley, unlucky not to feature against Georgia. Either way, with Ireland installing James Ryan as their captain in place of the injured Johnny Sexton, England are expecting a passionate contest.

“It’s going to be a physical battle,” said Sam Underhill, the Bath flanker poised to return to the fray. “Rugby is always a game said to be won and lost in the forwards and I think this will be no different. They have a well-functioning lineout, a good scrum and some key ball-carriers who give them so much momentum. It’ll be a good physical challenge and one we are looking forward to.”

England certainly have a wealth of back-row options even in Willis’s absence, with Tom Curry, Billy Vunipola, Underhill and Ben Earl all vying to start. It also remains an area of strength for Ireland, however, with No 8 Caelan Doris a particular threat and the tackle area never less than hotly contested.

“Ireland are one of the more challenging sides in terms of how they go at the breakdown,” said Underhill. “They go pretty hard, they’ve got guys who are good over the ball. We’re going to have to be really on it. If you don’t get it right, you struggle to get a foothold. In terms of importance, it’s up there.”

Another no-nonsense performance from England’s back row, though, and the Six Nations champions may find comparisons being drawn with the halcyon days when Lawrence Dallaglio, Richard Hill and Neil Back were the world’s best trio. “There is definitely a good feeling, more so than any other back-row group I have been involved in,” said Underhill. “It is so competitive and that means no one thinks they should be in. I don’t think there is any sense of hierarchy. We have got an awful lot of respect for one another and I think that translates well on to the pitch.”

England’s loosehead prop Mako Vunipola, nevertheless, is wary of the Ireland scrum which went well against Wales last Friday. “We are under no illusion it will be a step up,” said Vunipola, who is well versed in Andy Farrell’s coaching methods. “I know that with Andy Farrell [in charge] they will be mentally prepared to go out there and fight. They will be ready for a battle and we have to be ready to match them. No disrespect to Italy and Georgia but Ireland have been ranked world number one and they still have a lot of the players who have been there and done it.”

Vunipola, meanwhile, has expressed support for fairer financial arrangements for Pacific Island nations but is unsure if changing World Rugby’s nationality rules to allow players like himself to represent Tonga once his England career has finished is the way forward. “It’s catch-22, really. Yes, you’d like to see people represent those countries and they’d be better for it. But you’d also like local players to have the opportunity to make a better life for themselves. You just want people to have equal opportunities but I am no politician.” 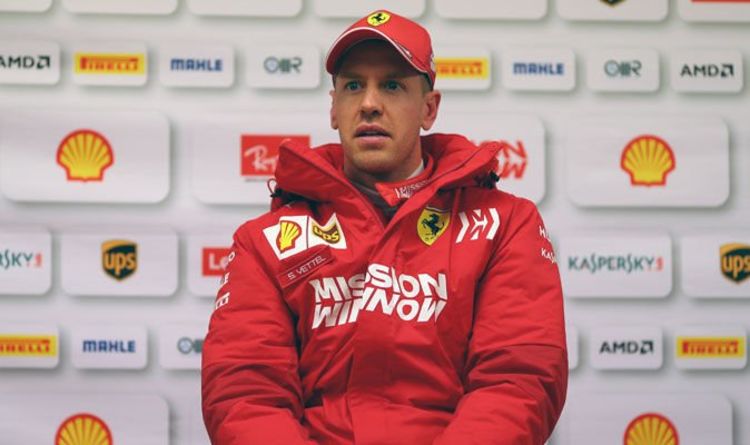 Hamilton cruised to his sixth F1 Championship last year after opening up an 88-point gap over Vettel. However, Ferrari have looked extremely […]

Jack Hughes is expected to go No. 1 in the 2019 NHL Draft, but for now he’s busy breaking records with the […]