SEOUL—President-elect Joe Biden is signaling a return to reality in U.S. policy toward North Korea after President Trump failed to sweet talk Kim Jong Un into giving up his nukes and the missiles that could fire them at distant targets, including the U.S.

While Kim and the North Korean state media machine remain silent on the election, Biden chose to mark Veterans’ Day with a visit to a memorial to Korean War veterans, paying homage to their sacrifice and U.S. support of South Korea against the North.

The decision of Biden, with his wife Jill, to lay a wreath at the memorial in Philadelphia “should send a positive message about reinforcing and sustaining the strength of the alliance,” said David Maxwell, a retired Army special forces officer who served five tours in South Korea.

Maxwell, now senior fellow at the Foundation for Defense of Democracies, said the message provides “insight to his views on Korea” while diplomatic analysts whom Biden knew as vice president under President Obama are expected to adopt a very different approach to North Korea from that of Trump. Obama famously warned Trump that North Korea would be “the most urgent problem” he faced after moving into the White House four years ago.

When or whether Kim will agree to protracted talks between negotiators is far from certain considering that North Korea’s Korean Central News Agency last year carried a scorching commentary denouncing Biden as “an imbecile bereft of elementary quality as a human being, let alone a politician.”

KCNA unleashed the rhetoric in May 2019 after Biden, at a rally in Philadelphia, berated Trump for his warm relations with “tyrants,” specifically including Kim Jong Un and Russian President Vladimir Putin. The English-language commentary accused Biden of “an intolerable and serious politically-motivated provocation” by “slandering the supreme leadership of the DPRK,” Democratic People’s Republic of Korea.

“Explicitly speaking,” said KCNA, “we will never pardon anyone who dare provoke the supreme leadership of the DPRK but will certainly make them pay for it.” In a later commentary, KCNA got still more explicit, saying “rabid dogs” such as Biden “must be beaten to death with a stick.”

The level of anti-Biden vitriol far exceeded that of North Korean attacks on Trump, whom the North had derided as “a dotard” while Trump at a UN speech in 2017 called Kim “rocket man” for ordering tests of missiles as well as nuclear warheads. All was forgiven when Trump and Kim met in Singapore in June 2018 for the first of their three meetings, during which they signed a brief joint statement resolving to bring about a “nuclear-free Korean peninsula.”

The prospect of a sharp reversal from the days when Trump professed that he “fell in love” with Kim almost at first sight, or at least first hug, are cause for alarm to South Korea’s President Moon Jae-in, who has met Kim four times in pursuit of reconciliation and dialogue. The chairman of Korea’s ruling Democratic Party, Lee Nak-yon, called for “reaffirmation” of the statement issued by Trump and Kim in Singapore as “the starting point” for South Korea and the U.S. to “work together to reactivate the Korean Peninsula peace process.”

Countering that roseate view, however, Victor Cha, who advised on Korea while with the White House National Security Council during the presidency of George W. Bush, said bluntly that “all the past deals” with North Korea “have failed in one way or another.” “With Trump’s diplomacy,” said Cha on a panel at the Center for Strategic and International Studies in Washington, “we had a lot of pictures” while North Korea “simply advanced by leaps and bounds,” fabricating nukes and missiles.

“First and foremost,” said Cha, now a professor at Georgetown, “you’ve got to arrest the growth of their weapons program,” including development of intercontinental ballistic missiles that might be launched from submarines near the coasts of target nations.

With Kim out of public view for more than three weeks, Ban Ki-moon, former U.N. secretary-general, warned he could “test-launch a missile to test the Biden administration” and urged the South “to send strong messages” to North Korea so “they don’t make such provocations.”

Biden gave no hint of a tough line in a phone conversation with President Moon in which they avoided the North Korean threat while falling back on familiar clichés. Moon’s affirmation of “our first commitment to a robust alliance” was sure to displease the North, which has spurned talks with the South while accusing Moon of currying favor with the U.S. to the detriment of statements signed by Moon and Kim in 2018.

Implicit in the phone conversation was Biden’s commitment to improve U.S. relations with South Korea, which have frayed at the edges as a result of Trump’s demand for a huge increase in the South’s contribution for U.S. bases. South Korea last year paid $927 million for the bases on which the U.S. has 28,500 troops, for which Trump originally demanded $5 billion.

Separate from the Veterans’ Day event, Biden has pledged to improve relations with allies,” said Bruce Klingner of the Heritage Foundation. “His vow to drop President Trump’s demands for exorbitant increases in host nation support as well as Biden’s pledge to not prematurely reduce U.S. troops on the Korean Peninsula will remove two major factors in deteriorating relations between Washington and Seoul.”

While Biden is expected to come to terms with South Korea on a relatively modest increase, he’s also certain to rely on negotiators to try to dream up ways of getting through to Kim on the need for a deal.

But how to make that happen? Christopher Hill, former ambassador to South Korea who led ultimately unsuccessful U.S. negotiations with North Korea during both the Obama and Bush administrations, predicted “more focus on the substance of engagement and why we are willing to engage.”

Critical to the process would be reliance on the CIA and other agencies to discern what the North is doing—and what to do about it. “The president has completely alienated intelligence services,” said Hill at the CSIS panel with Cha. “We need to know what can be done to slow down their program. We need to have better leverage.”

Hill, however, got nowhere leading the U.S. in six-nation talks on the North’s nuclear program and then in one-on-one talks with North Korea’s nuclear negotiator, and the prospect of a repetition of those charades is worrisome.

“We may be moving towards a policy that seeks to ‘manage,’ not solve, the nuclear challenge,” said Evans Revere, former senior diplomat with the U.S. embassy in Seoul, who disagreed with Hill at the time and left the State Department.

Revere seemed to have Hill in mind when he predicted that “figures in a prospective Biden presidency” would “argue that it’s time to make ‘small deals’ with Pyongyang that constrain its nuclear weapons program, but don’t end it.” The result: “They will effectively agree to accept a nuclear North Korea.”

Making matters worse, the Biden people aren’t getting the briefings they need as a prelude to take over. The State Department, apparently under orders from Secretary of State Mike Pompeo, isn’t passing on messages to the Biden team from foreign governments, and those whom Trump has installed in the Pentagon after the dismissal of Mark Esper as defense secretary are being less than forthcoming.

“The intel briefs are important, but they really need access to expert civil servants who have been working the issues for the past four years,” said Maxwell. They need to get down to the hard work of sharing information”—and “the current status of all the issues within the alliance.”

And then what? “One of the top priorities of the Biden administration is to send a signal,” said Sue Mi Terry, a former CIA analyst, now with CSIS. “How do we know that North Korea would abide by any deal?” 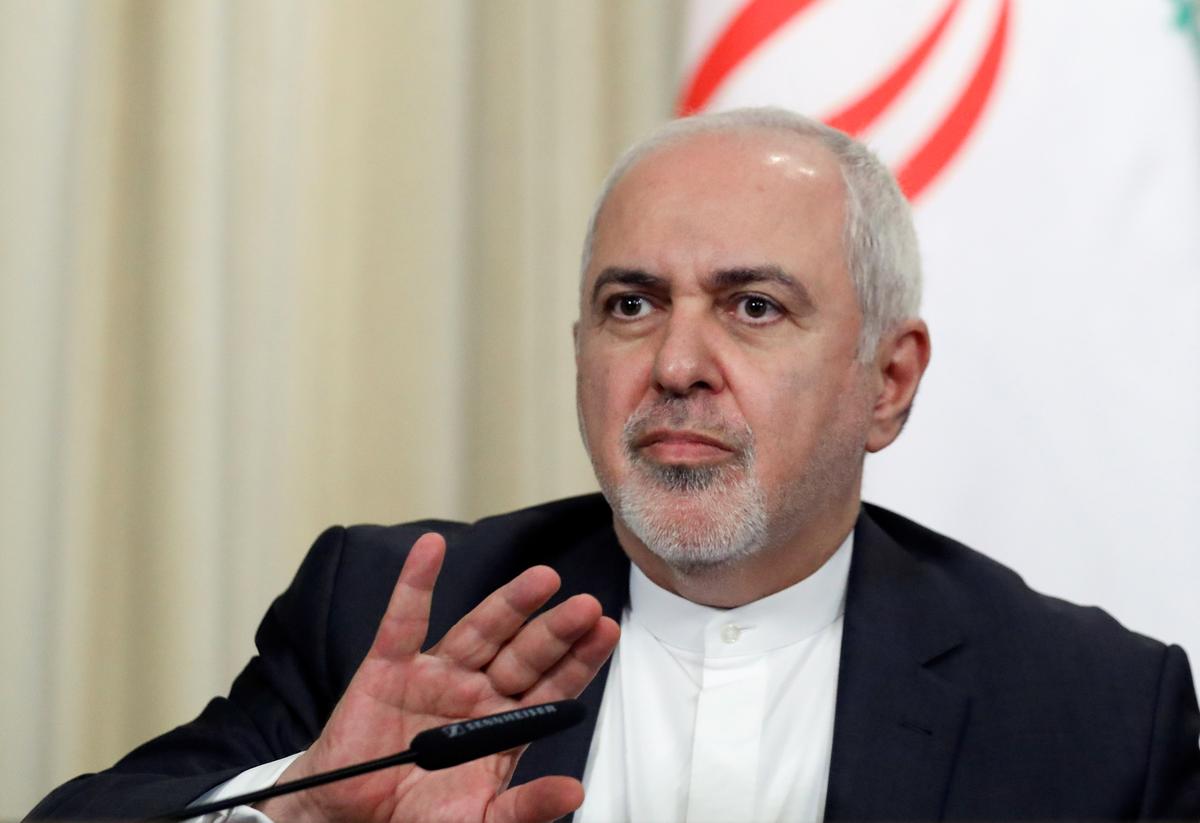 DUBAI (Reuters) – Iran will pursue any aggressor, even it carries out a limited attack, and seek to destroy it, the head […] 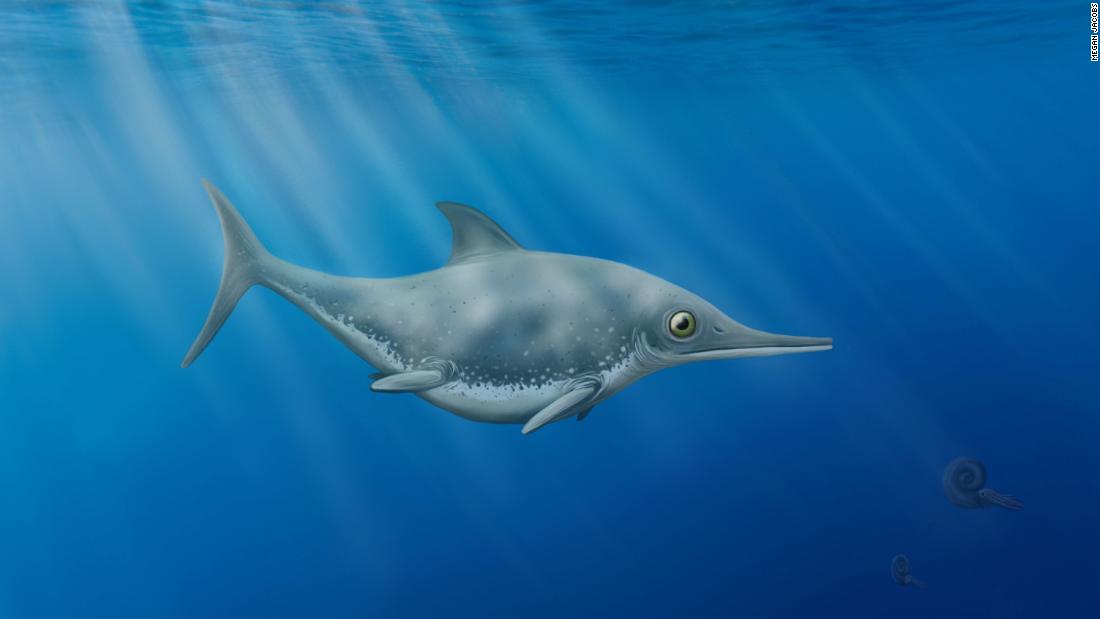 Steve Etches unearthed the well-preserved ichthyosaur fossil in limestone on the Jurassic Coast in Dorset. He thought the fossil was so unusual […] 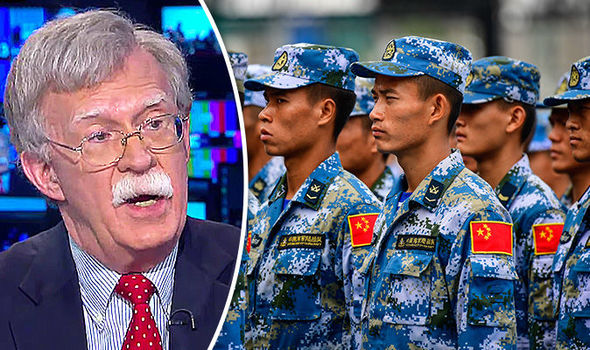 North Korea could be on its way to spark World War 3 after it launched yet another missile threatening world peace. Mr […] 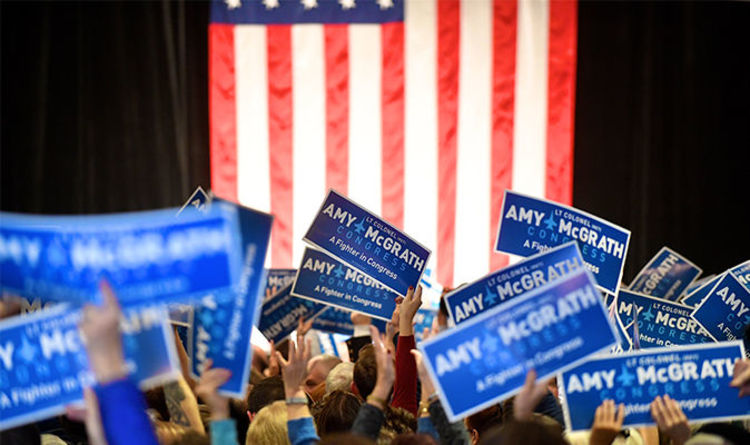 He defeated Democratic challenger Amy McGrath in what had been a target seat. In 2016 the district backed Trump by 55 to […]