BREAKING NEWS: After a delay of seven months and amid a huge biosecurity operation, play FINALLY begins at the US Masters… and is then suspended after just 30 minutes because of heavy storms in Augusta

After waiting 19 months for the Masters to come along, play has been suspended just 30 minutes into the first round at Augusta National due to heavy storms.

The prestigious Masters, which usually takes place in April and opens up the major season, was delayed by seven months after the coronavirus pandemic stopped all sport in its tracks.

Former champions Gary Player and Jack Nicklaus finally got the action underway on Thursday as honorary starters on the opening hole at the eagerly-anticipated 84th Masters, which has no fans in attendance amid the ongoing pandemic. 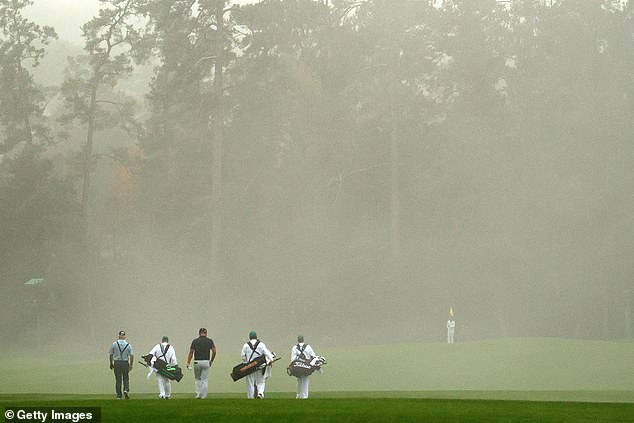 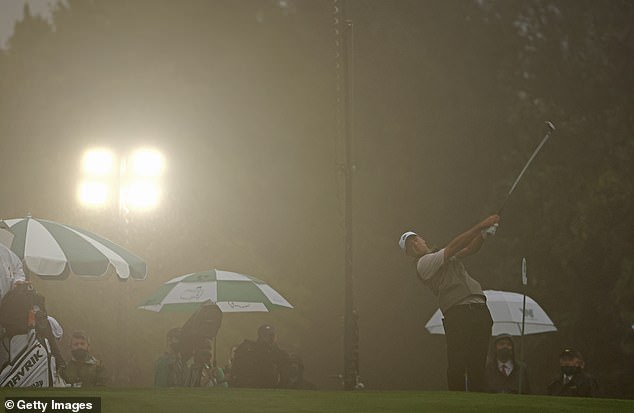 But only 30 minutes of action was possible before play was suspended due to the threat of lightning, putting a real downer on proceedings.

With the formalities out of the way and following an original 10-minute delay due to darkness, American Lucas Glover got the tournament officially going from the first tee, with 1988 winner Sandy Lyle doing so from the 10th.

A lack of daylight in November meant both tees have to be used over the opening two days to hopefully allow play to finish on time.

The Masters used the unusual two-tee start during the final round last year, when the tournament raced to beat afternoon thunderstorms that were forecast. 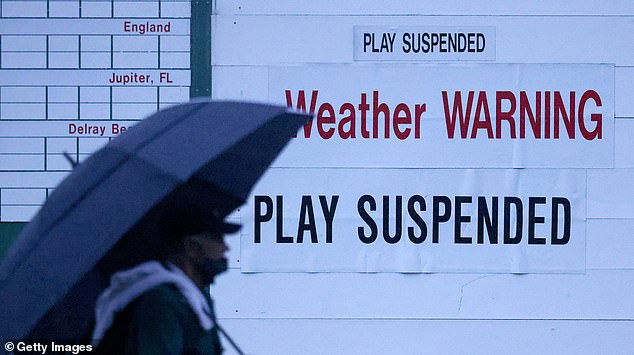 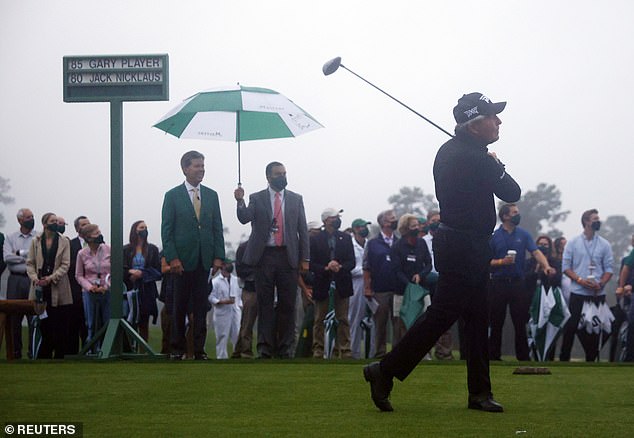 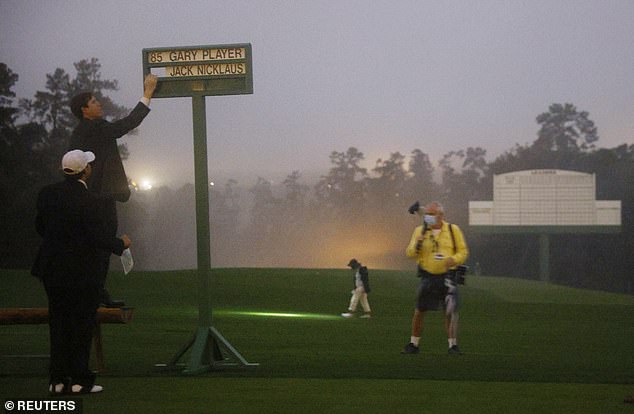 Unfortunately Thursday’s weather forecast included the possibility of heavy rain and isolated thunderstorms and the siren duly sounded to suspend play and call players back to the safety of the clubhouse.

Lyle had started with a bogey on the 10th while the opening group of Glover, CT Pan and Corey Conners had all made par on the first.

After finally being able to taste action at Augusta, it will be a frustrating wait for golf’s finest players with no news at present on when play will start again.

With the major being held for the first time in November without patrons, we are in the midst of a hugely unprecedented Masters amid a huge biosecurity operation.

Players and caddies alike are having to adhere to specific rules to ensure the Masters runs smoothly.

Sergio Garcia and Joaquin Niemann had to withdraw from the Masters after testing positive for coronavirus in the build-up. 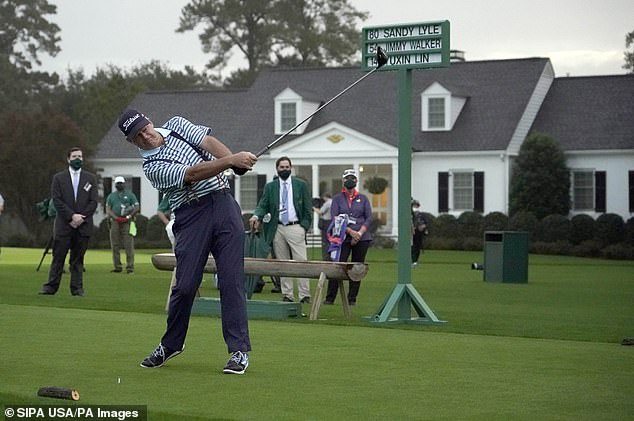 Back in May, a document outlined the PGA Tour’s health and safety plan for when golf was to resume, including a colossal coronavirus testing regime.

Players were handed a 37-page plan, according to multiple reports, and learned that they were to be subjected to three coronavirus tests – a questionnaire, a thermal reading and a nasal swab or saliva test – before they travel to any tournament and upon arrival.

Every day at the course they then take the questionnaire and a thermal reading.

Meanwhile, caddies are still not permitted to touch the player’s clubs – usually they would hand over a club before every shot and clean it afterwards – meaning their role will primarily be to carry the golf bag and consult with the player over shots.

Caddies are still allowed to rake bunkers and hold flagsticks, so long as they wipe equipment down with disinfectant after use. 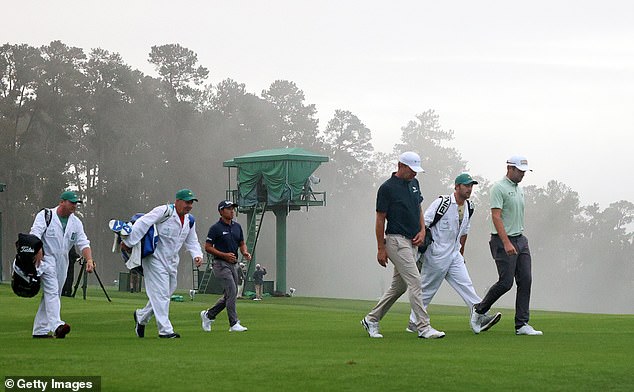 Lucas Glover, Corey Conners and CT Pan managed to start their rounds on the first hole

Leicester City are facing a January battle to hold on to exciting full-back Ricardo Pereira. The Portuguese star has made a huge […] 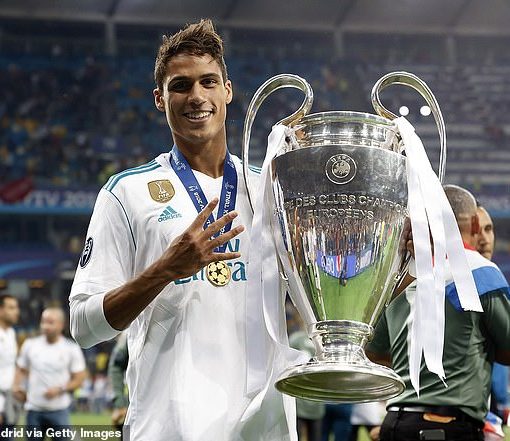 Manchester United have announced that the £42million deal for Raphael Varane to join from Real Madrid is almost complete, with the Frenchman set […] 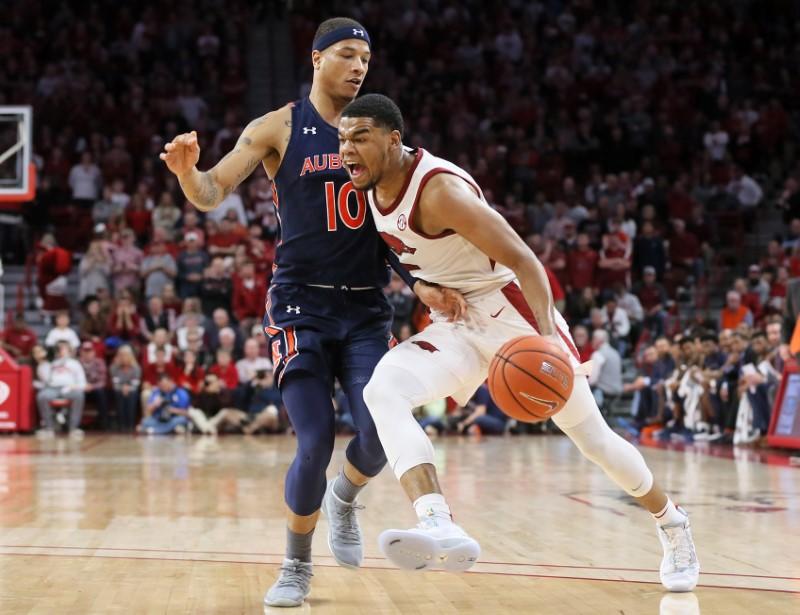 Junior guard Mason Jones became the first Arkansas player ever to post three consecutive 30-point games, but it wasn’t enough as No. […]