Two new human cell atlases have mapped the molecular machinery that builds tissue in the weeks after conception — and could eventually point the way to addressing developmental disorders.

The researchers behind the atlases say their method for single-cell analysis, detailed in a pair of studies published by the journal Science, could dramatically accelerate efforts to trace how individual cells develop from the embryo to adulthood.

“The key point is that the method scales exponentially,” said University of Washington geneticist Jay Shendure, a senior author for both studies. “When you think about the human body, there’s 37 trillion cells. To really get the kind of comprehensive atlases that we want, we want this kind of scalability.”

Study co-author Dan Doherty, a UW pediatrics professor, compared the procedure’s promise to the impact of the Hubble Space Telescope or the Human Genome Project. “Single-cell methods — it’s hard to overestimate their importance for understanding developmental biology,” he said. “They’re really giving us a picture that we’ve never seen before.”

Which genes are on or off?

One atlas focuses on gene expression across 15 types of fetal tissue, from phases of development ranging from 10 to 18 weeks after conception. Gene expression refers to the ways in which individual genes in a cell are turned on or off to produce the proteins that determine the cell’s structure and function.

More than 4 million cells from 121 samples were profiled, using a three-stage labeling technique. After three rounds of splitting and labeling, each cell ended up being labeled with a unique combination of three DNA “barcodes.” That made it possible to keep track of the cells without physically separating them.

“From these data, we can directly generate a catalog of all major cell types across human tissues, including how those cell types might vary in their gene expression across tissues,” Junyue Cao, the study’s lead author, said in a news release. Cao worked on the study as a postdoctoral fellow in Shendure’s lab and is now an assistant professor at Rockefeller University.

To confirm their findings and fill in gaps in the atlas, the researchers checked their results against a similar atlas for embryonic mouse cells. “For some systems, this essentially permitted us to bridge gene expression dynamics from the embryonic to the fetal stages of mammalian development,” they said in the study.

The researchers cataloged 77 main cell types, which could be further classified into 657 subtypes. Some of the main cell types were found in multiple tissue cells, but most of them were organ-specific. In some cases, the way that a cell developed depended on the kind of tissue where it was found.

“This is probably related to the tissue-specific functions of the organ,” Shendure explained. “In the lung, the blood vessels might have different reasons or environmental triggers for contracting or expanding — what signals they give out in response to different oxygen levels. It makes sense, if you think about it.”

Shendure said he and his colleagues were surprised to find that red blood cells were being produced by the adrenal gland. “Classically, the sources of blood during development are thought of as the liver and the spleen,” he said.

Which regions of DNA are open or closed?

The companion atlas focuses on another factor that governs genetic activity. A substance called chromatin controls how DNA is packaged inside our chromosomes — making some stretches of DNA open and accessible to the molecular machinery that reads the instructions, while keeping other stretches closed and inaccessible.

“Studying chromatin gives you a sense of the regulatory ‘grammar’ of the cell,” said study co-author Darren Cusanovich, an alumnus of Shendure’s lab who is now a professor at the University of Arizona. “The short stretches of DNA that are open, or accessible, are enriched for certain ‘words,’ which are in turn the basis for the cell to specify that it wants certain genes on.”

The researchers behind the chromatin accessibility atlas analyzed 800,000 single cells from 59 fetal samples representing 15 different tissue types, using a three-stage barcoding method similar to what was used for the gene expression study.

“If you look at where the signal is for genetic studies of asthma, you might find it in regions that are open in cells that are in the lung,” Shendure said. “Even though they’re obtained from fetal tissues, we can still see those signals in relation to common adult diseases.”

UW postdoctoral fellow Silvia Domcke, one of the chromatin study’s lead authors, said the results can reveal which parts of the genome are functional even though they don’t encode protein sequences.

“We still do not know what percentage of the genome that doesn’t encode for genes can be involved in gene regulation,” Domcke said. “Our atlas now provides that information for many cell types.”

How the atlases could be used

Shendure said the atlases are likely to improve our understanding of the machinery inside our cells, and how that machinery develops differently in different types of cells. That could bring new approaches to treating developmental disorders that are “individually rare but collectively common, and often devastating when they occur,” Shendure said.

“Particularly for these kinds of developmental disorders, the challenges to therapy are real,” he said. “On the other hand, there’s a wealth of data for understanding how gene regulation plays out during development, which in turn shapes how these diseases manifest.”

Shendure said one potential frontier is known as cis-regulation therapy. The approach takes advantage of gene-editing tools such as CRISPR, but with a twist.

“You’re using CRISPR not to target the gene, but to target the sequence that conveys the regulatory signal,” Shendure said. Cell atlases like the ones published today could identify new targets to go after.

In their research papers, Shendure and his colleagues say their techniques could be extended to single-cell studies at other stages of development.

“We’re excited to see what further exponential scaling of these technologies will lead to, in terms of our ability to complete human cell atlases as well as to extend them into a range of different diseases,” Shendure said.

One point of controversy has to do with the studies’ use of human fetal tissue. Samples were obtained from UW’s Birth Defects Research Laboratory, which has been in existence since 1964. The lab operates under a set of ethical guidelines drawn up by the National Institutes of Health but has been periodically caught up in the decades-long debate over abortion.

UW’s Dan Doherty said the tissue samples have been “incredibly valuable” for the cell atlas project and many other research studies.

“This work could not have been done in other organisms,” he said.

Both single-cell atlases, plus other resources, are available online via a website at Seattle’s Brotman Baty Institute known as DESCARTES (which stands, more or less, for DEvelopmental Single Cell Atlas of gene RegulaTion and ExpreSsion). In addition to his post at UW, Shendure is scientific director of the Brotman Baty Institute. 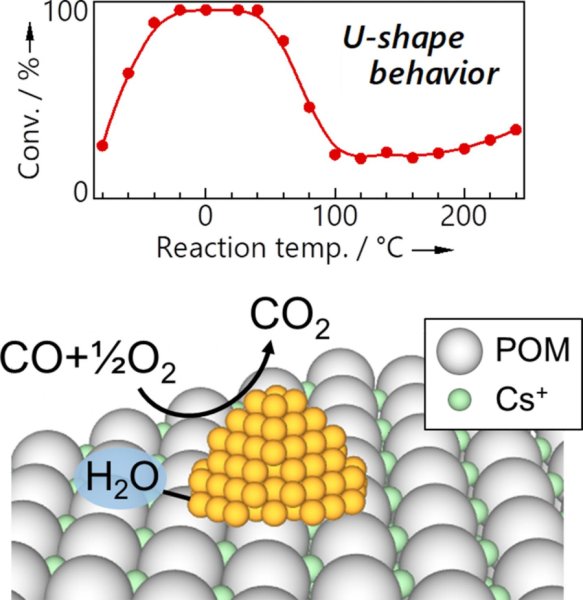 Researchers have developed a way to mount gold nanoparticles on a molecular support known as a polyoxometalate (POM). They successfully applied this […] Steve Wickham, at home in Grundy County, Tenn., has developed an educational seminar with his wife, and fellow nurse, Karen, that they […]