“There is continued, accelerating community spread across the top half of the country, where temperatures have cooled and Americans have moved indoors,” reports dated November 8 and distributed to states Tuesday evening said.

The task force, which warned of “significant deterioration in the Sunbelt” in last week’s set of reports, said that deterioration has only continued in the past week, “leading to the most diffuse spread experienced to date.”

Hospitalizations in the country also topped records for a second day in a row. On Wednesday, 65,368 people were hospitalized, up from Tuesday’s record of 61,964, according to the Covid Tracking Project. That’s double the number a month ago.

All over the country, many hospitals are already at their breaking point, with overwhelmed and overworked staff members and a continuing surge of patients.

Wisconsin and 65 counties are at “critically high” levels of Covid-19 spread, and 90% of the state’s hospital beds are full, the Health Department said, and the Mayo Clinic Health System said it has no empty beds left at its hospitals in the northwest of the state.

“The public urgently needs to treat Covid-19 as the health emergency it is to prevent the health care system from being overwhelmed,” the health system said in a statement Wednesday.

“This new category indicates how alarming COVID-19 activity is in counties and regions throughout Wisconsin,” the department said in a release.
CORONAVIRUS UPDATE: LATEST WORLD NEWS ON COVID-19

Wisconsin had its second straight day of more than 7,000 new cases Wednesday, the department said.

In North Dakota, staffing shortages are so critical that Gov. Doug Burgum issued an order this week allowing health care workers with active Covid-19 infections to continue working in the Covid unit of hospitals, as long as they are asymptomatic and take extra precautions.

Hospitals in the state, which has no requirement to wear a mask, are at 100% capacity, Burgum said.

“Our hospitals are under enormous pressure now,” Burgum said. “We can see the future two, three weeks out, and we know that we have severe constraints.”

Hospitals are particularly stretched thin across the Midwest, which has led this third wave of infections. The number of people hospitalized for coronavirus doubled in the past month in Wisconsin, South Dakota, Minnesota, Iowa and Ohio, among elsewhere.

In Illinois, most regions are seeing “far higher rates” of Covid-19 hospitalizations than they did in the spring, the governor said Tuesday.

“Statewide, we are now averaging more than 4,200 patients with Covid-19 in the hospital. Our highest average in the spring was 4,822 … In short, we’re now just hundreds short of our Covid hospitalization numbers last spring,” Gov. J.B. Pritzker said.

The surge is likely to continue. More people will be hospitalized in the coming weeks given that hospitalizations follow several weeks behind new infections, and Tuesday marked the eighth consecutive day that the US reported more than 100,000 new cases. Deaths, which have ticked up in the past week, are expected to then follow.

As case numbers explode, states are putting more measures in place to stem the spread. In Ohio, Gov. Mike DeWine said at a statewide address Wednesday that he will issue a new order that will “place significant new restrictions” on social gatherings such as weddings and funerals.

In New York, Gov. Andrew Cuomo announced that indoor and outdoor gatherings in private homes will be limited to 10 people.

The US has now recorded more than 10.39 million infections and almost a quarter of a million deaths, according to Johns Hopkins University. At least 1,186 deaths were reported Wednesday.

As the virus continues running unabated across American communities, not a single state is trending in the right direction. And 44 states have reported at least 10% more new cases than the previous week — 11 of which reported at least a 50% increase.

This week, Texas became the first US state to surpass one million known Covid-19 cases, according to data from Johns Hopkins.

In El Paso, one of the hardest-hit communities in the country, officials have requested four more trailers to add to six mobile morgues already on the ground, as cases and hospitalizations spike.
“I’ve seen more death in the last three weeks than I’ve seen in a year,” one registered nurse told CNN affiliate KFOX. “I’ve done compressions on more people in the last three weeks than I have in a year.”

Similarly, the city of Lubbock, Texas, set up mobile medical tents to expand the hospital system’s capacity, the city said in a tweet.

California’s total number of infections is also inching closer to a million. More than 18,000 Californians have died since the start of the pandemic and infections, positivity rates and hospitalizations are all on the rise in the state, the governor said.

“People are letting their guard down by taking their masks off,” California Gov. Gavin Newsom said earlier this week. “They’re starting to get together, outside of their household cohorts.”

Choosing the best mask to protect you and others

Oklahoma’s health department reported the state is down to just 7% of adult ICU bed availability, with about 62 ICU beds available.

“One was to reactivate a system called the Regional Medical Response System,” he said. “This system is used in tornadoes or large disasters. It is designed to transfer patients between hospitals. This makes sure Oklahomans are connected to a hospital bed as quickly as possible.”

The US also received some good news this week.

Early data from Pfizer’s Covid-19 vaccine shows it is more than 90% effective, the drugmaker announced Monday.

“Moderna has an almost identical mRNA,” Fauci told Financial Times correspondent Hannah Kuchler. “We hope we’re going to see a similar kind of result from Moderna. If we do, then we’ll have two vaccines in play.”

Also Monday, the US Food and Drug Administration said it had issued an emergency use authorization for Eli Lilly and Co’s monoclonal antibody therapy to treat mild to moderate Covid-19 infections in adults and children. The single antibody treatment, called bamlanivimab, must be infused in a hospital or other health care setting.

Distribution of the newly approved treatment will begin this week, US Health and Human Services Secretary Alex Azar said Tuesday, adding it will be provided free of charge.

“Getting new therapeutics like this to patients has the potential to save thousands of lives and significantly reduce the disease’s burden on our health care system,” Azar said.

This is the first monoclonal antibody to be authorized for use in treating the virus. And it’s also an important first step in developing treatments that will help prevent people from being hospitalized with Covid-19, Fauci said Tuesday.

The treatment is “just one of a number of things that we’re doing to look at the disease early on and prevent people from being hospitalized,” he told MSNBC.

Still, some doctors have serious reservations about the Trump administration’s Covid-19 antibody treatment rollout. Doctors from Harvard shared their concerns in an editorial published Wednesday in the Journal of the American Medical Association.

The editorial focuses on Regeneron’s treatment, which has not yet been given an emergency use authorization from the FDA.

Dr. Robert Goldstein, an instructor in medicine at Harvard Medical School, said he believes Regeneron should get the nod soon, and what he knows about the rollout plans for its treatment and Eli Lilly’s treatment could put a serious strain on the system and potentially worsen inequities in treatment.

Goldstein said doctors still don’t have a lot of detail about which patients best benefit from the treatments. Much of what doctors know comes from news releases.

“We don’t like to practice medicine by press release,” Goldstein told CNN. News releases may reassure investors, Goldstein said, but they leave doctors with too many questions about who to treat — especially in cases like this one, when treatments are in such limited supply.

Goldstein is also concerned about the way the antibody treatments need to be administered. They’re infused and must be given in a health care office that has the space for someone to be infused for an hour and then observed for another hour. Many safety net and rural health care systems do not have this kind of capacity, he said. 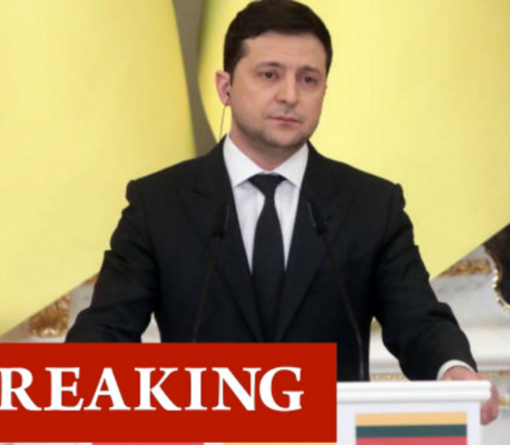 According to local news outlet, inforesist, the Ukrainian president warned the “fate of the country” would be decided. According to the publication, […] 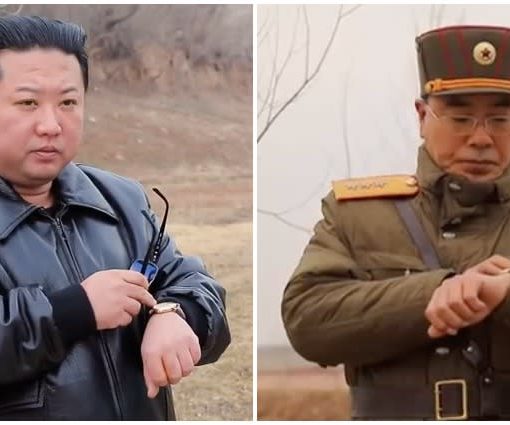 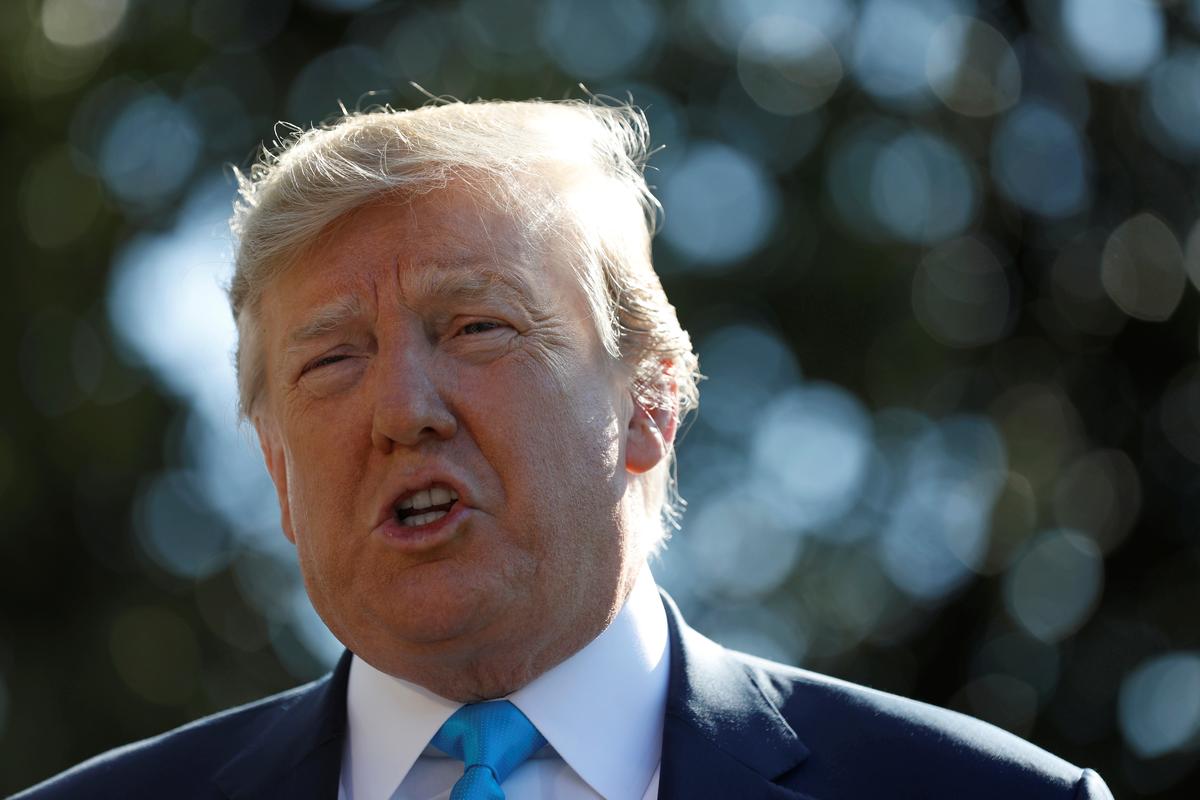 WASHINGTON (Reuters) – The Trump administration will allow lawsuits in U.S. courts for the first time against foreign companies that use properties […] 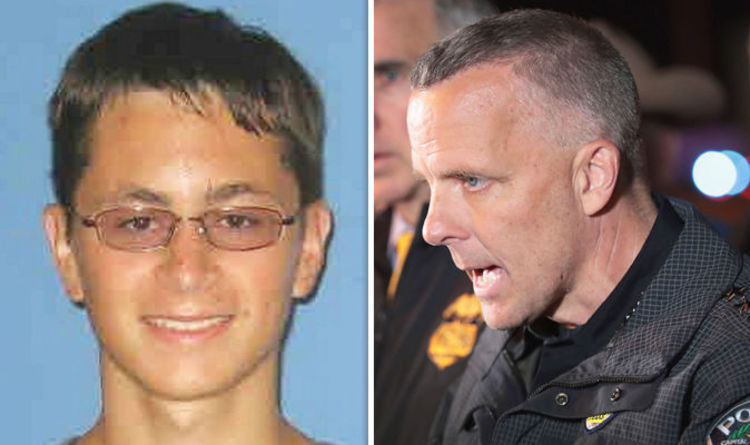 A new 25 minute recording obtained by police has disclosed shocking new details about the bomb maker. The unemployed Conditt made no […]